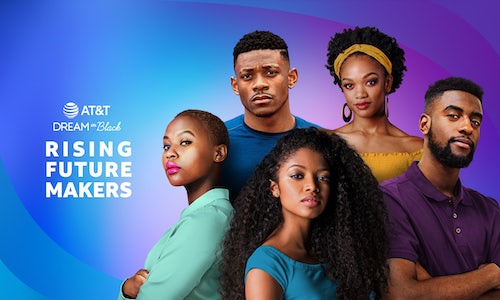 The Black community is recognized for their ingenuity, being trendsetters, and moving culture forward. They are connected to the world via pop culture and social media channels where they are often leading voices. Yet they lack connections or accessible roadmaps to being leaders in the industries that impact these systems.

Historically Black Colleges and Universities (HBCUs) have been a large incubator for Black professionals making up 3% of the country's colleges and producing 20% of all Black graduates. Support for the institutions reached an all-time high in 2020; however, many did not connect directly with the students to uplift and enhance their growth towards post-graduate success.

While many corporations created mentorship opportunities, AT&T sought to create advocacy in order to have lasting impact and uplift HBCU student leaders. Renee Dye, VP and CEO of Navigant noted it perfectly when she said, “A mentor can be a friend, a coworker or a therapist who will help you think through what you need to navigate your career more effectively. An advocate is someone who is going to create opportunities for you."

In 2021, AT&T set out to remedy this by furthering its commitment to recognize and celebrate Black culture and the creators who shape it by extending the AT&T Dream in Black platform to support HBCU students. Rising Future Makers (RFM) is a program that provides HBCU students with world renown advocates and connects students to unparalleled opportunities to establish long-lasting connections.

Last year, AT&T Dream in Black created the Rising Future Makers program, a springboard for the next generation of Black professionals. The focus of the program is to recognize HBCU students as future industry and community leaders. Leaders who are shaping the now, the new, and the next.

The platform connects HBCU students to opportunities within industries of interest and creates sustained connections with advocates and life changing experiences ongoing. Each selected HBCU student received $5,000 to pursue their passion, a 5G mobile device with AT&T service, and direct access to over 15 industry and celebrity advocates.

To launch the program, we first placed a call for submissions from HBCU students across the country, asking how they’re positively impacting their campus and community through a 60-second video on social media. Our message was spread through national television buys, pop-ups at HBCU Homecoming events along the east coast, in-store retail signage throughout the country, digital display banners, online publisher takeovers with African American owned and operated media outlets including BET, Blavity, Grio, and Revolt, and we even commissioned HBCU alumni as influencers.

AT&T executives reviewed submissions and selected 25 students who are innovating, influencing change in their community, and driving the culture forward as the inaugural class. All selected RFMs were first brought together with an evening of panels and breakout sessions led by celebrity, and industry advocates. We then recognized them simultaneously in AT&T retail stores across 7 markets, to honor them within their community and provide exposure via local and national media.

Everything culminated in Greensboro, NC, where we hosted the RFMs for a weekend of celebration, in-person networking, and advocacy. They then shared the stage with celebrity advocates as they received tangible advice on how to become leaders within their respective fields, and even watched a surprise performance by Grammy Award–winning artist Ne-Yo and the North Carolina A&T Marching Band.

Lastly, we brought RFMs front and center in the next wave of our broadcast and digital assets, integrating their submission videos and photos to elevate them and encourage industry leaders to connect with them directly.

AT&T is committed to attracting and inspiring new audiences within the Black community and aim to facilitate authentic connections with HBCU students. Cumulatively, the campaign garnered over 634,000,000 impressions, over 50,000 engagements, and nearly 1,500 online mentions; on social media we received a 97% positive sentiment rate on all campaign content shared out. In addition to the campaign proving successful online, we’ve begun putting ambitions into action, creating a pipeline for RFMs to participate in summer internship programs within the organization at large.

Within digital and physical signage at 450+ retail stores around the country, we saw an 18% increase in visitors within the African American community; our social campaign garnered an engagement rate of 15%, and our national television broadcast far surpassed the industry average, particularly within the Black community with resounding remarks around brand connection, relevance, cognitive connection, and engagement. 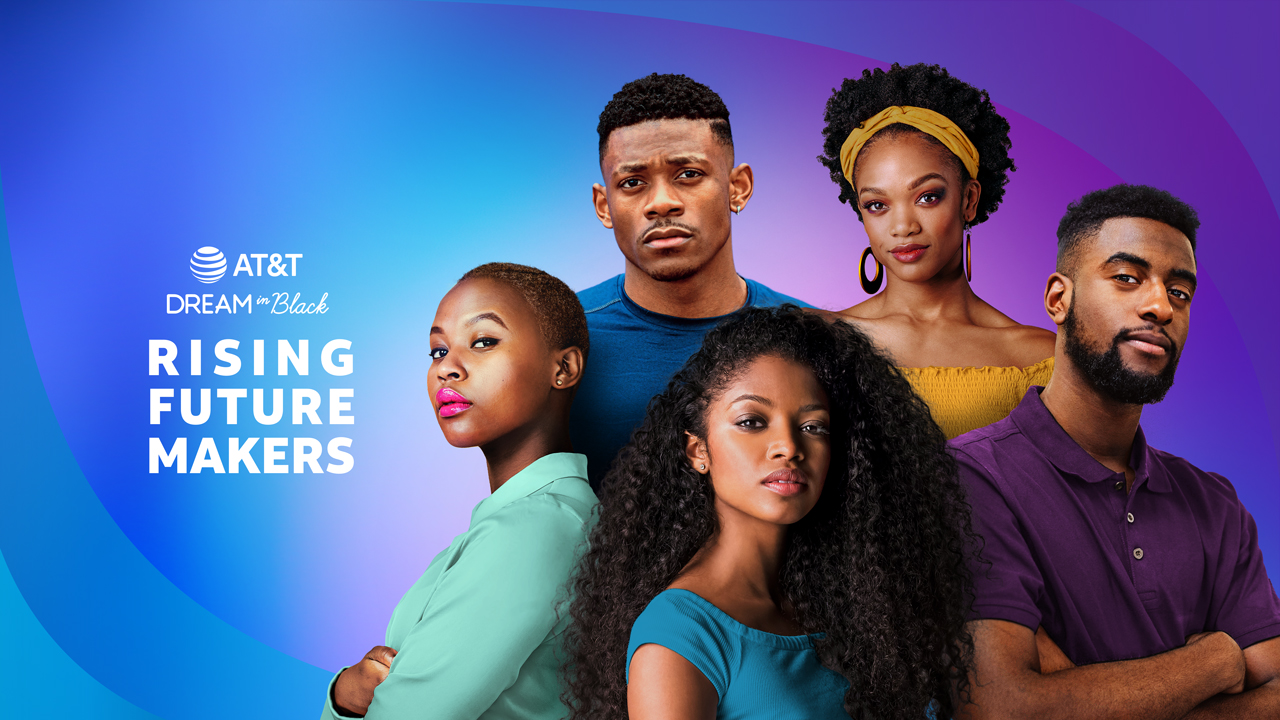