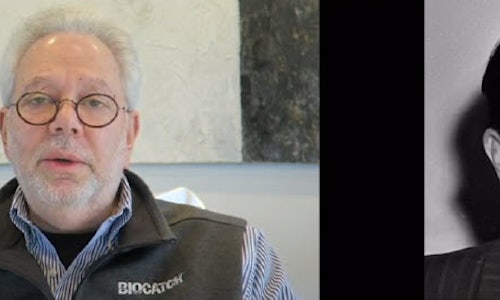 Where the Money Is

Entered in Financial Services, Creative use of Technology

BioCatch is a digital identity company that serves a highly sophisticated set of buyers within major global banks with anti-fraud technology called behavioral biometrics. These include C-level executives within technology and the heads of fraud and various business units.  The competitors in its market niche, which include household names like IBM, MasterCard and LexisNexis, have vast resources but primarily use social media in this area to increase the mileage they get out of television commercials, or to highlight the rise in online banking fraud.  As a startup company by contrast, BioCatch was looking for an unconventional way to get its message across. The objective was to break through the clutter on social media with a unique campaign that would resonate with the company's target audience while putting the BioCatch brand and competitive advantages front and center.

It was BioCatch CEO Howard Edelstein who hit on the idea of “working with” Willie Sutton.

Willie Sutton was an infamous American bank robber for much of his life before he died in 1980 at the age of 79. Sometimes called the Babe Ruth of bank robbers, he made legendary robbers like Jesse James and John Dillinger seem like amateurs. He was known for his disguises, which ranged from a window washer to a postal telegraph messenger, a police officer, and a maintenance man. In later life Willie revealed that the guns he carried into banks were never loaded because if he carried a loaded weapon, he said, somebody might get hurt.

Willie is a mythical figure within information security circles, thanks to “Sutton’s Law,” which states that you should first consider the obvious when diagnosing a problem.  When once asked why he robbed banks, Willie purportedly said: “Because that’s where the money is.”  This simple, undeniable truism has motivated many cyberthieves as well.

Harnessing breakthrough deepfake technology from Israeli company D-ID and a scrip written by Lansons Intermarket CEO Matt Zachowski, BioCatch brought Willie Sutton back to life for an amusing interview with CEO Howard Edelstein.  The idea was to stop social media followers in their tracks with an unwitting brand endorsement from one of the greatest American anti-heroes – and bank robbing experts – of all time.

The Willie Sutton campaign began with a proof of concept - a series of LinkedIn posts by BioCatch CEO Howard Edelstein, a longtime admirer of Willie for his professionalism and grace under pressure.  It began with a series of three teaser posts (appended) - each only a few seconds in length but enough to capture the flavor of the interview and whet the appetite of the audience for more.  "More" consisted of a fourth post by Edelstein containing the full 3-minute interview (also appended).

The results of the Willie Sutton interview far surpassed expectations.  Running only on Edelstein's LinkedIn page in the U.S., the post drew over 8,550 LinkedIn views.  A post in Israel by D-ID drew another several thousand views.  Comments ranged from "Absolutely brilliant!" from an investment banker at Rosenthal Securities to "Thanks for the most creative post I've seen in a long time!" from a technology consultant, to "Love it! Original and funny!" from the founder and CEO of online brokerage eToro.  Engagement was also excellent as well given the single posting - nearly a 6% click-through rate.

Based on the results of the POC, BioCatch is now developing a series of Willie Sutton campaigns for its social media program in 2021, including a follow-up interview and an online comic strip.

Video for Where the Money Is