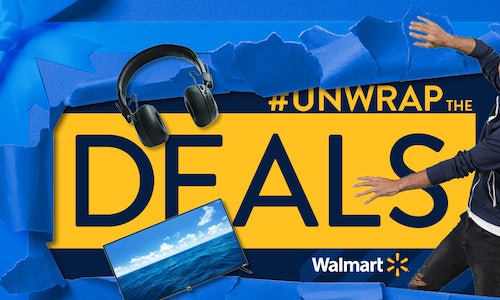 In a year when most in-person events turned digital, Walmart was faced with the unique opportunity to transform the biggest shopping day of the year into an e-commerce-focused experience. So, instead of one day of super sales, we turned Black Friday into Deals For Days—allowing our customers to shop Black Friday-level deals all November long.

Our next challenge? Raise awareness and build excitement for Deals for Days, plus showcasing all the great deals to be had on Walmart.com.

It became the first-ever filter to use the shoppable in-video sticker, where fans could “Tap For Deals” and be taken directly to Walmart’s site...

To help spread the word, we partnered with six top creators to show TikTokkers how to use the branded filter and share some of the deal drops from the first Deals for Days event. Most notably, we worked with top-tier talent, Zach King (@zachking), to use his famed magic tricks in our topview ad unit. Each of the other five creators—Cameron Henderson (@thekingofweird), Jonny Morales (@j0nnymorales), The J Family (@jfam.ily), Zahra Hashimee (@muslimthicc), and Oneya Johnson (@angryreactions)—put their own personal twist on the campaign. 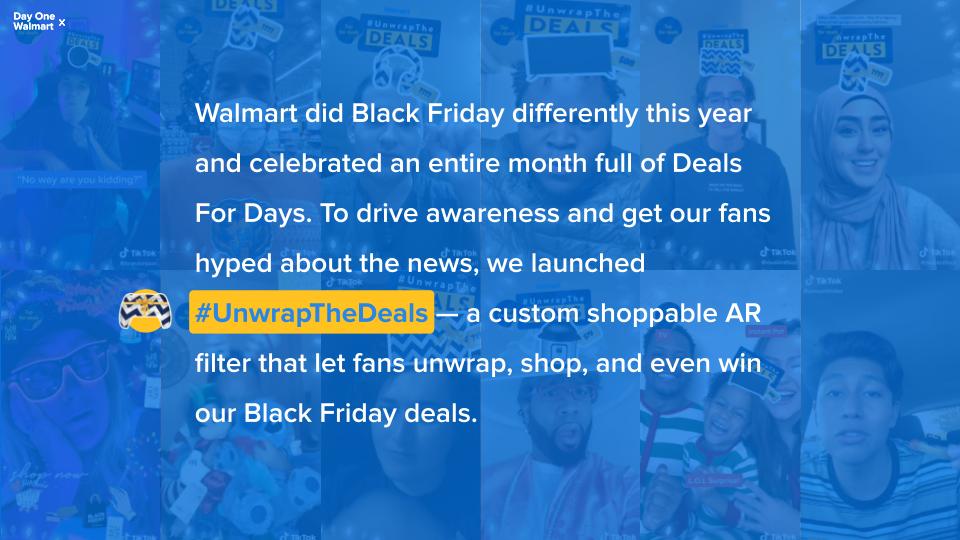 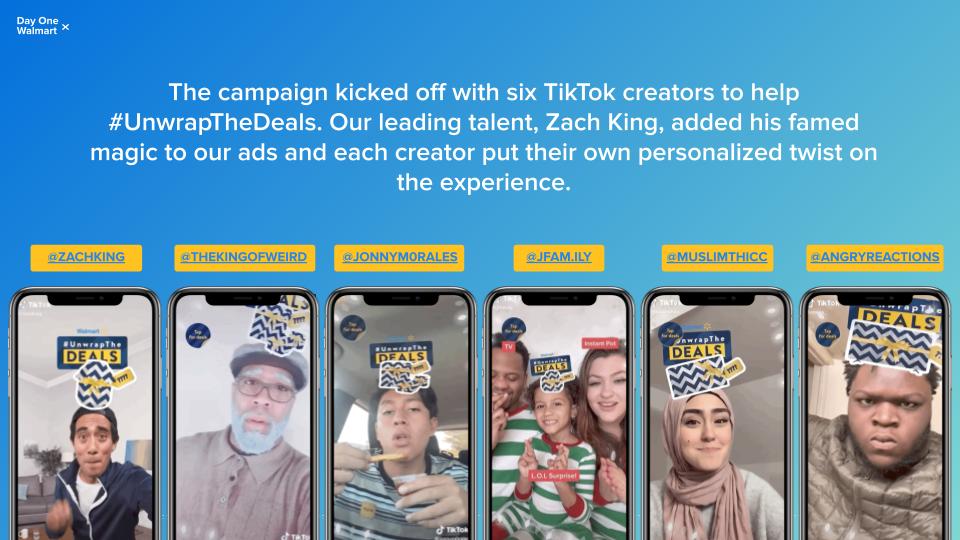 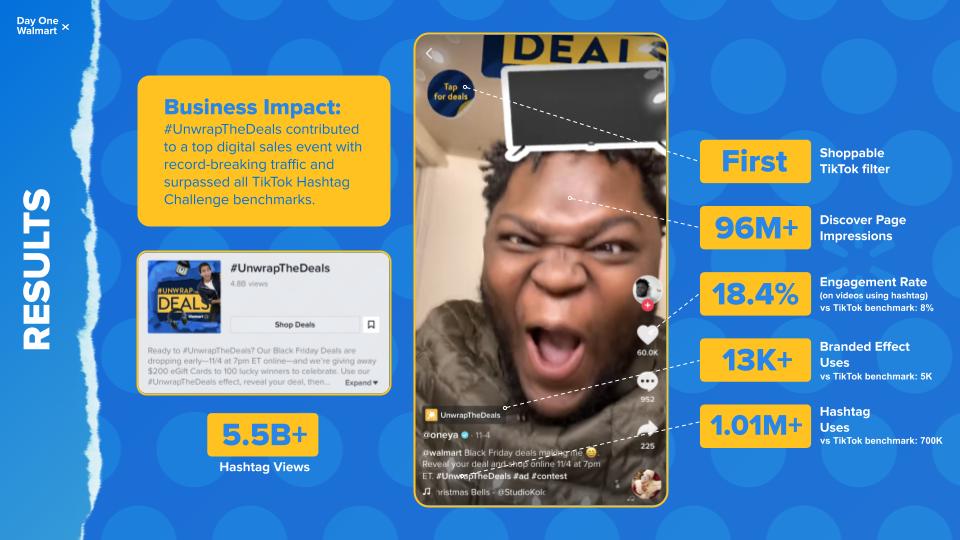