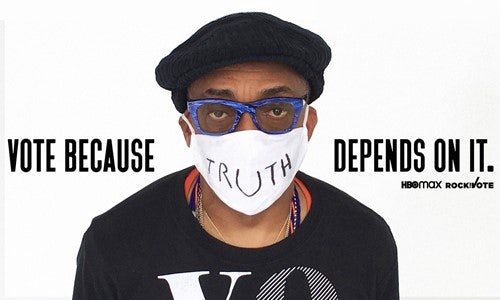 In 2020 the United States faced an historic election and we knew that no ordinary get-out-the-vote campaign could do everything we needed it to. The COVID-19 crisis was grinding the country to a halt. Widespread misinformation about voting and mail-in ballots threatened to suppress democratic action. And although the nation seemed hopelessly divided, it was clear that each and every one of us had more of a personal stake in the election than at any time in recent history.

We didn’t just need to talk about the act of voting, but also the issues that are worth voting for. We didn’t need another ad-style campaign, we needed a platform that would empower people to advocate and inspire them to take action. And most of all, we needed to frame everything around personal safety and public health.

HBO Max teamed up with Rock the Vote to launch a voting campaign that was more than just a voting campaign. It was a platform, a resource, and an open-ended statement that asked YOU, the voter, to fill in the blank and think hard about the issues that hit closest to home.

We started with a team of politically-engaged celebrities from the world of HBO Max, asking them the same question we asked everyone: “Why are you voting this year?” Allowing our talent to submit their responses from the safety of home, we pieced together a PSA that demonstrated the power we can wield when we’re driven to the polls by the issues we care about. And we made it clear that this year we were going to put our money where our mouth is—literally—by showcasing the handwritten issues on medical-grade face masks.

But it wasn’t just going to be about celebrities. With the words of singer and civil-rights icon Mavis Staples underscoring our message, we launched on HBO Max and other key Warner Media affiliates, as well as social media—where we followed through with a call to action: “Fill in the blank with the reason you’re voting.” The conversation that we sparked spread throughout Twitter and drove to our online campaign hub, set up in partnership with Rock the Vote, to help educate people on how to register and vote safely and effectively. And we kept the conversation alive all the way up to Election Day with a regular cadence of popular GIFs, an AR-powered face filter, and interactive Instagram stories that let people advocate and share the issues they were voting for with their family, friends, and communities.

And instead of just talking about voting safely, we produced over 10,000 free kits, packed with customizable stickers, CDC-approved face masks, and a pocket-sized voter preparedness checklist. We distributed these kits free via social media to provide our growing network of activists with the tools they needed to get the word out and go to the polls safely.

This election was about more than the candidates, it was also about real issues that touch the lives of millions of people. So we provided free access to a library of powerful HBO documentaries that align to these issues. In a digital landscape littered with unreliable and often misleading information, we delivered reliable resources to educate, inform, and spark action.

The historic election was met with historic results.  2020 voter turnout was the highest in over a century, with nearly every state hitting record high marks, and we were proud to have played our small part.  Our campaign garnered over 90 million impressions with a reach of 4 million across social channels.  We delivered 10,000 voter kits and shared over 85 million Instagram stickers.  Lastly, viewership of the issue-based documentaries increased by over 200%. 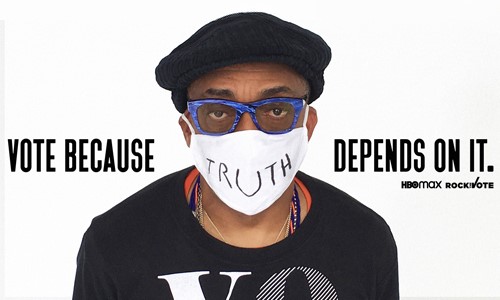