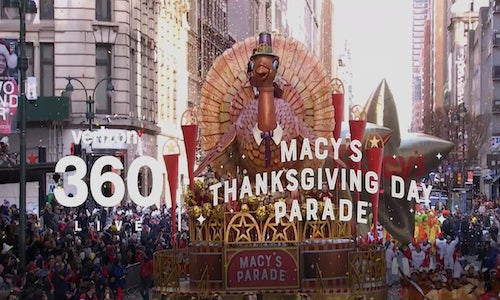 Finalist in Integration with Live Television, Creative use of Technology

Capture the hearts and minds of people during the holidays in a fresh, engaging way while enabling innovation using the power of Verizon 5G. Deliver business results during the critical Cyber Five (Thanksgiving, Black Friday, Cyber Saturday, Cyber Sunday, and Cyber Monday) timeframe and the entire holiday season.

To deliver on business impact and connect to audiences, we needed to:

We set out to create and execute a livestream that would serve as a huge Holiday Kick-Off to their biggest sales-driving time of the year. We not only had to appeal to the mass audience who tunes into the Parade, but also showcase Verizon’s leadership in digital connectivity and the power of their 5G network. To do so, we established and mapped out a cadence of content that would hit upon every objective with careful consideration and balance. We did not want to create what would seem like one, big three-hour Verizon commercial!

Our cadence of content had to largely focus on 360 views of Parade coverage with interactive components and entertainment, followed by Verizon 5G elements that would reimagine a physical parade through components that were virtual vs. in the flesh. Finding ways to strategically layer in Verizon offers to drive the sales story home was also key.

We also reimagined our partnership with Macy’s (who owns the Thanksgiving Day Parade) running on the Macy’s Marquee in Herald Square, a prized asset Macy’s does not offer to other advertisers. We released a widely distributed joint press release, all topped off by incredible support and digital/social promotion on Macy’s website.

We truly delivered a Parade – Reimagined. We dominated broadcast and social SOV spaces. Over a five-day span, we generated incredible buzz and PR with massive linear tune-in distribution and a robust digital and social media blitz across NBCU networks and premium programming like The Today Show, E!, USA, and Verizon Media to name a few.

From amazing talent (some as 5G-enabled holograms!) and engaging AR Balloons to a 5G-powered magical portal experience, we connected fans of all ages and delivered massive business results!

If stats aren’t your thing, check out the awesome posts from viewers: 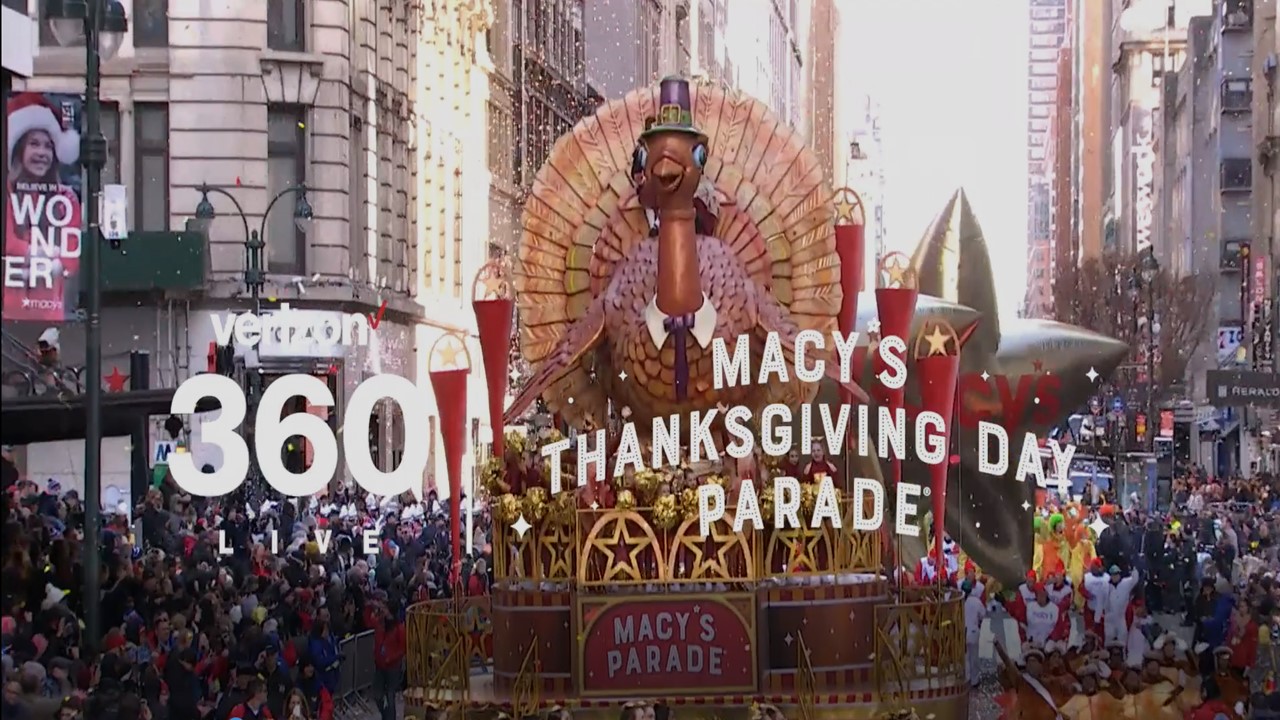