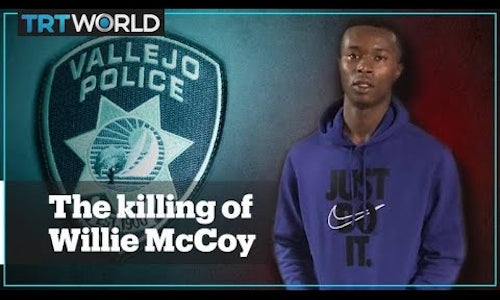 The Killing of Willie McCoy

In light of the tragic death of George Floyd, a number of prior cases involving police brutality against Black and Hispanic men were immediately subject to further public scrutiny. The City of Vallejo Police Department in northern California was being prosecuted for a litany of police brutality cases against people of colour. In response, and in an attempt to be transparent, they published a series of videos of body-cam footage from cases where officers used excessive force.

The intention behind “The Killing of Willie McCoy” was to contextualise some of the footage released by the City of Vallejo Police Department, and present three of the cases to the public in an objective and engaging manner.

The approach to the piece was to present as much footage as possible, with as little editing as possible. The primary aim was to simplify the script in such a way that the body-cam footage from the officers would tell most of the story.
As a result, the music choices were made in an effort to give the visuals space to breathe, and not to impose on the natural audio from the original footage. The intention was to give the piece more of a documentary tone so as to invite the audience to draw their own conclusions based on the evidence provided.
Similarly, the choice of colour palette and graphical style were intentionally minimalist to ensure the primary focus was centred on the body-cam footage from the officers in question.

Based on the comments on various social media platforms, there appears to be much critique of the American policing system and how it handles cases with people of select racial backgrounds. The transparency demonstrated by the City of Vallejo Police Department comes at a time when racial politics are at the forefront of America’s social concerns. Much of our audience was angered and even shocked by the sheer violence and callousness of the police response. It also exposed audiences outside of the US to the real dangers people of colour have to contend with while living in America and being forced to survive against authorities that are supposed to protect them.

Video for The Killing of Willie McCoy 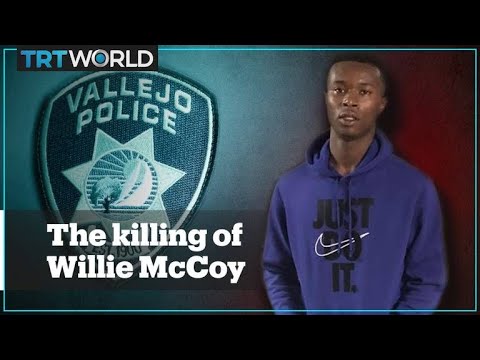