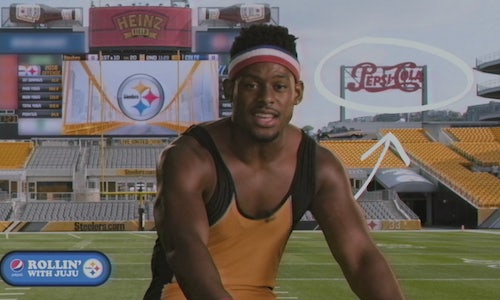 The Pepsi “Made for Football Watching” campaign brings audiences the Fall sports action amidst an abnormal NFL season with a tongue-in-cheek spot featuring Steelers players Juju Smith-Schuster and Zach Banner and the 80’s spin class no one expected.

The goal was to target local fans of the teams who would have the chance to win prizes by visiting the Made For Watching webpages. Instagram, Twitter, and Facebook were utilized to drive traffic to the video and contest. Since we filmed during a pandemic, we had to be smart with the creative and used green screen and cardboard cutouts to limit talent, company moves, and crew needed for the production.

With the success of the video and large social media following of JuJu Smith-Schuster, there was a record number of entries to the contest.

Video for Rollin With Juju 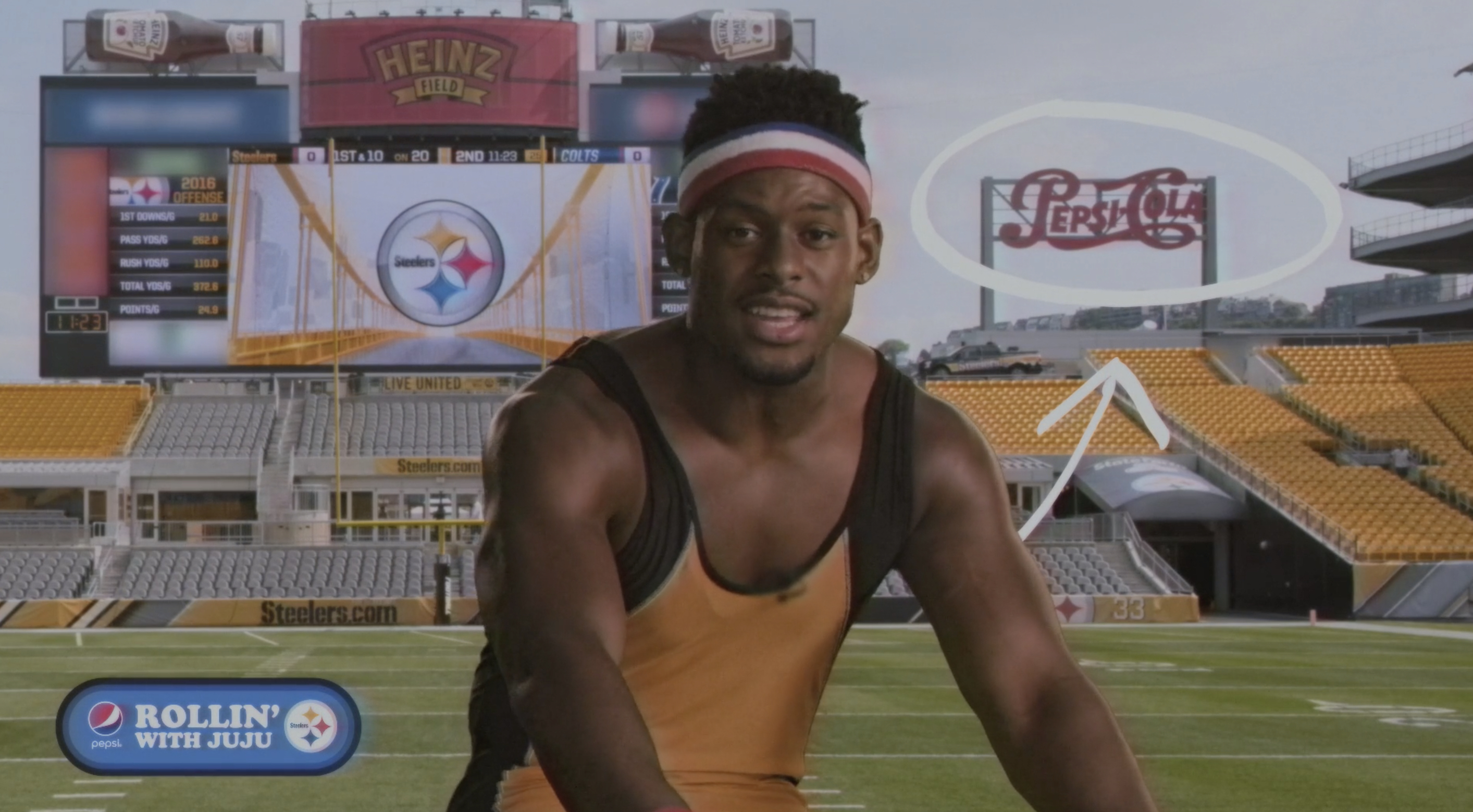