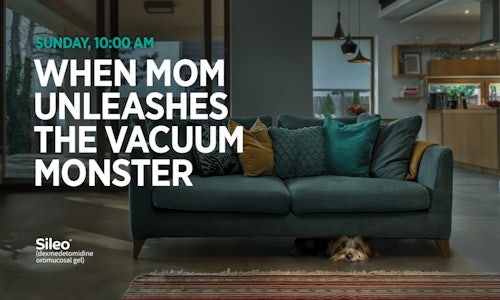 The Frightening Truth About Dogs and Noises
Everyone knows that loud noises can be scary for some dogs. In fact, 2 out of 3 dogs are sent into a panic from loud, sudden sounds—shaking, hiding, barking, crying, or clinging to their owner’s side for comfort. While their overreactions can seem funny, cute, or harmless, they’re anything but for our furry friends. These pups actually have a serious medical condition called noise aversion, which can be detrimental to their health and overall quality of life. Our first objective was to educate dog owners about the seriousness and signs of noise aversion.

Everyday Noises Can Hurt, Too
It’s not surprising loud sounds like thunder and fireworks can put dogs with noise aversion in a frenzy—but what most dog owners don’t know is that everyday noises inside and outside of the home can have the same effect. The running of a vacuum, the ringing of a doorbell, the honk of a horn, and other common sounds can cause an overreaction that can get worse over time. The second objective of this campaign was to educate owners about the common sounds that can cause fear in their dogs.

There’s a “Sound Solution” With Sileo®
Dog owners also aren’t aware that a prescription treatment called Sileo® can end their suffering. The third objective of this campaign was to educate dog owners about the brand and drive them to their vets for a diagnosis and prescription.

It helped dog owners feel empathy for their best friends

A lack of understanding about noise aversion as a serious medical condition prevents owners from taking action to help their dogs. The campaign we inherited was missing an empathetic tone to help dog owners understand what their dog feels during a noise event. That’s why we developed the “Noise Monster” campaign—to help people understand the terror that their dogs experience when hearing noises around the house.

The “Noise Monster” campaign uses dogs showing signs of noise aversion accompanied by a headline that describes the sound from the animal’s point of view, like “When Dad Revs Up the Lawnmower Monster.” The headline approach allows us to use a variety of “noise monsters” for the campaign depending on messaging or common noises heard at specific times of the year.

We planned a full-scale photoshoot for the campaign, and then the COVID-19 shutdown happened. The team was able to create the photographic elements of the campaign using retouched images while sticking to a shoe-string budget.

The campaign also uses illustrations to show common items inside and outside the home from the owner’s viewpoint and animated them into monsters to show how dogs with noise aversions hear them—because what seems harmless to a person can be petrifying to a pup.

It created a platform for dog owners to identify noise aversion

To help dog owners identify noise aversion and to facilitate a discussion with their vet, we created a super-cool quiz for them to determine if their dog is spooked by sound and a candidate for treatment with Sileo®.

The quiz uses engaging animations to help dog owners see how terrifying everyday, noisemaking items can be around the home and what specific behaviors their dog shows when they hear them. Owners could choose which sounds trigger their dogs and how their dogs react to them. Based on their selections, their dog received a ranking on the “Scare Scale”: a Brave Buddy (not scared), a Spooked Pooch (mild to moderate), or a Petrified Pup (severe). The owner could then email the results to themselves and share them with their vet and friends on social media.

It used an integrated campaign approach to drive awareness, diagnosis, and treatment

The Sileo® “Noise Monster” campaign uses an integrated approach across print, social, and digital platforms for both vet and dog-owner audiences.

Trade journal ads introduce the new campaign to vets and educates them about the benefits of treating with Sileo®. Email campaigns also give vets information about the brand and social media resources to help drive customers to their practices.

Digital tactics are the main method of driving dog owners into action. These include a series of timely, targeted social media ads on Facebook and Instagram, including a “July 4th Fireworks” campaign, an “Everyday Noises” campaign, and a “Fall Sounds” campaign, as well as a website update that included the noise aversion quiz.

The Sileo® “Noise Monster” campaign was “scary” successful in 2020:

More owners aware of noise aversion and Sileo®, more vets prescribing Sileo® for treatment, and more dogs being brave in the face of “noise monsters”—now that’s what we call the sound of success. 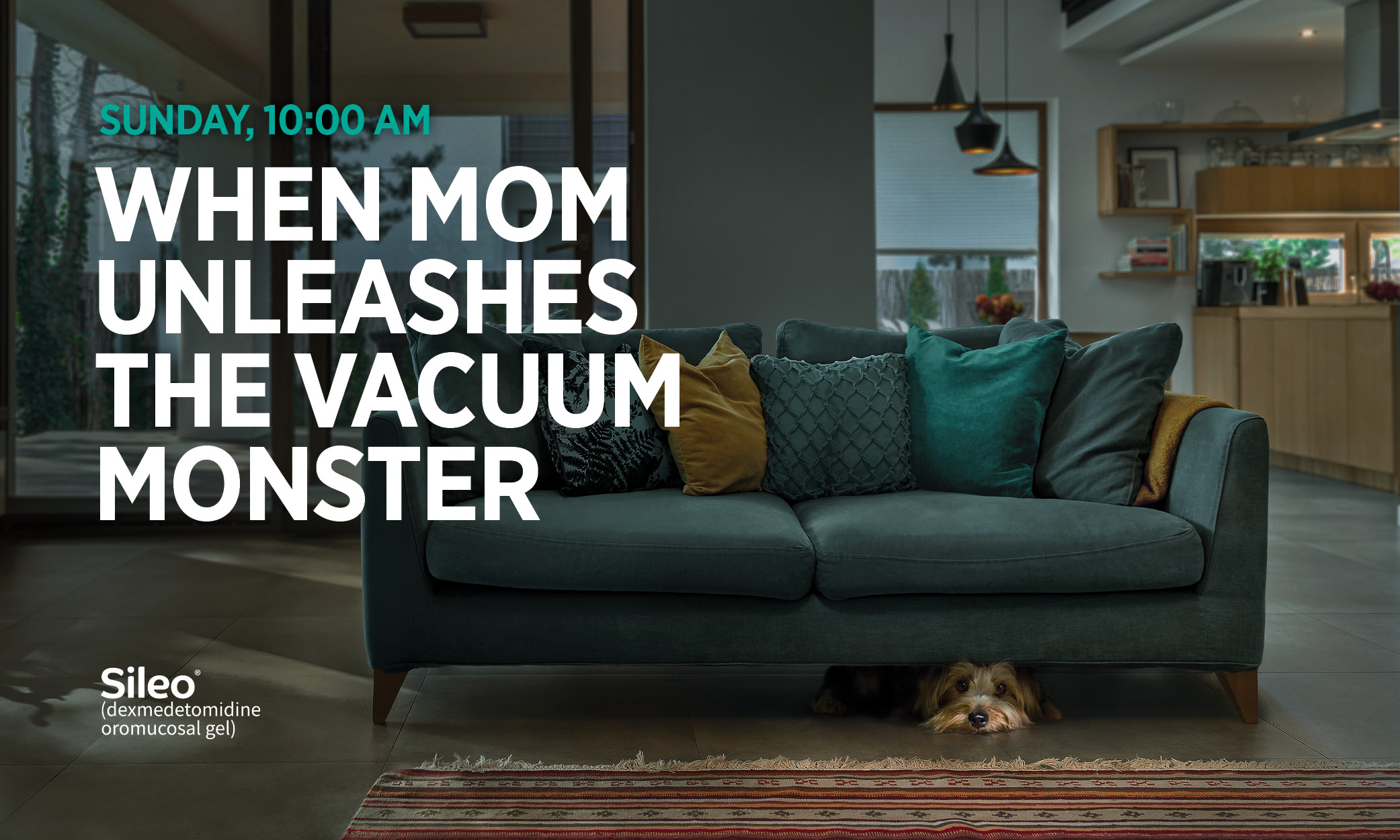 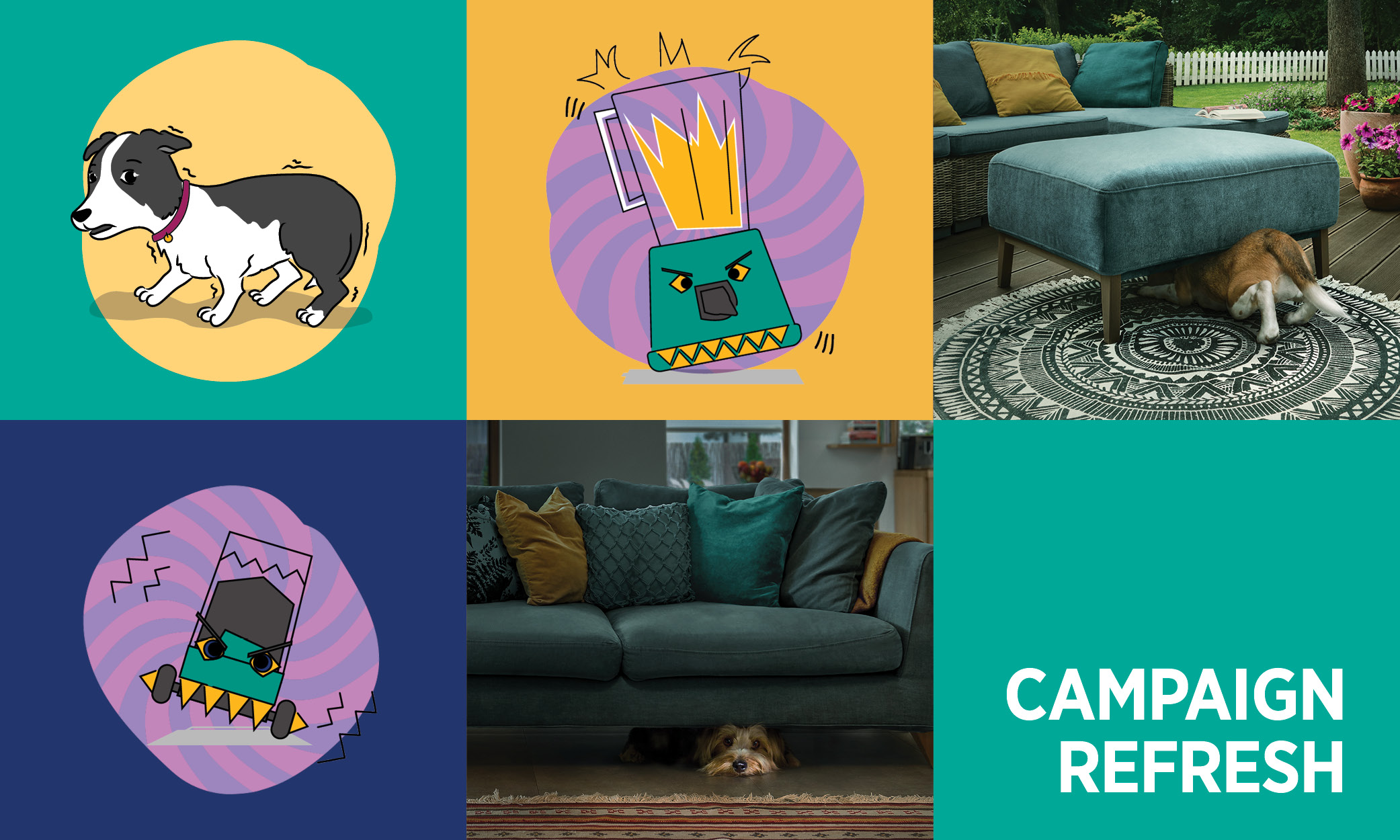 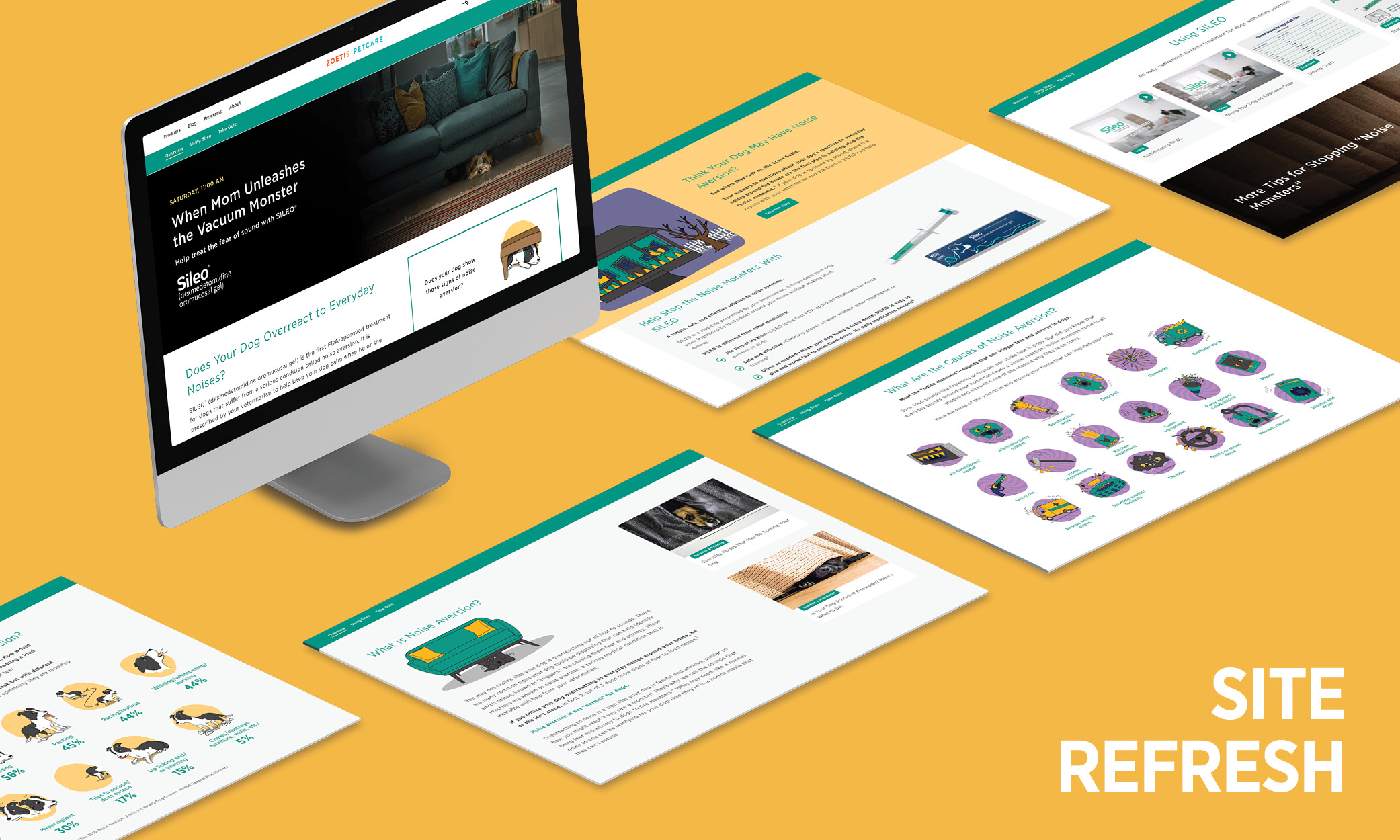 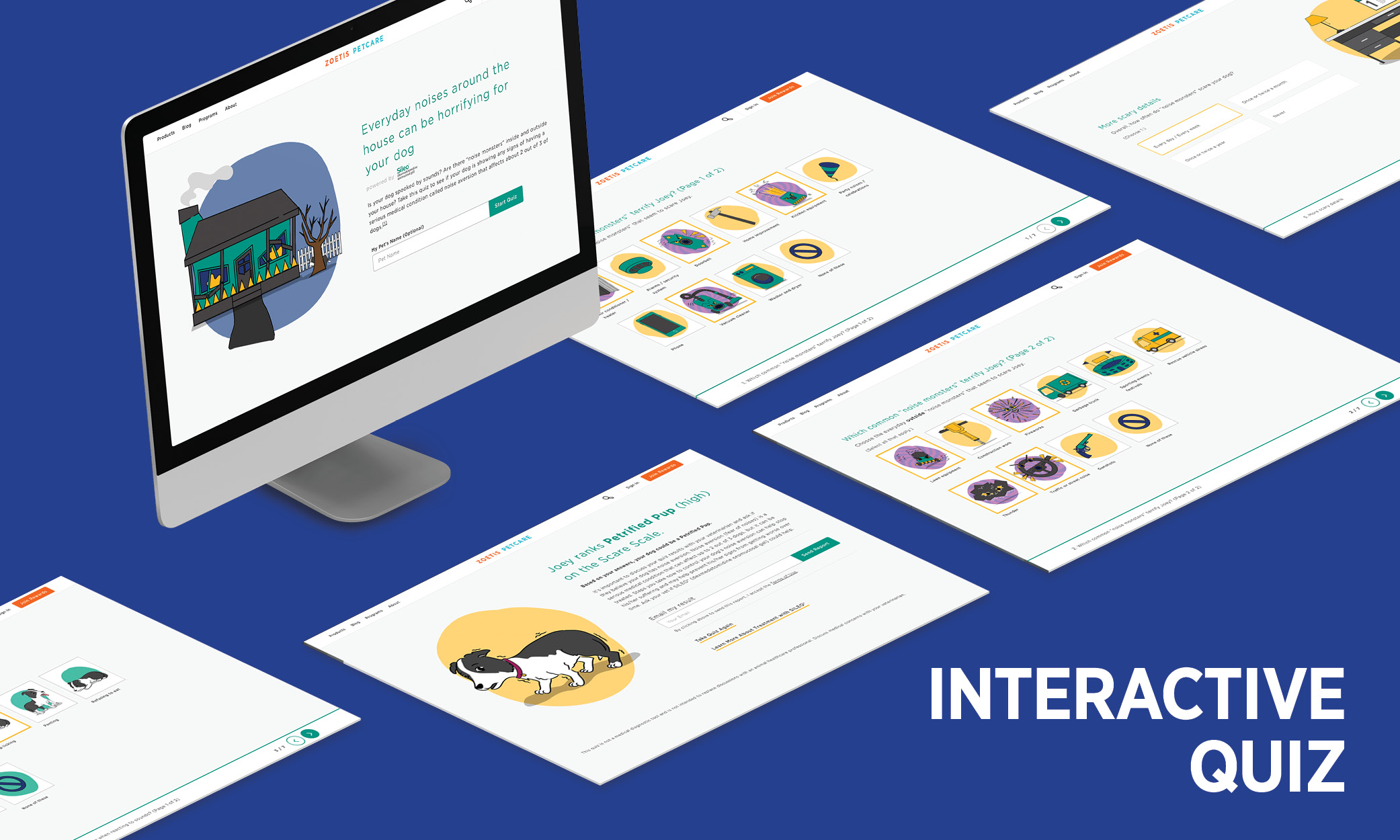 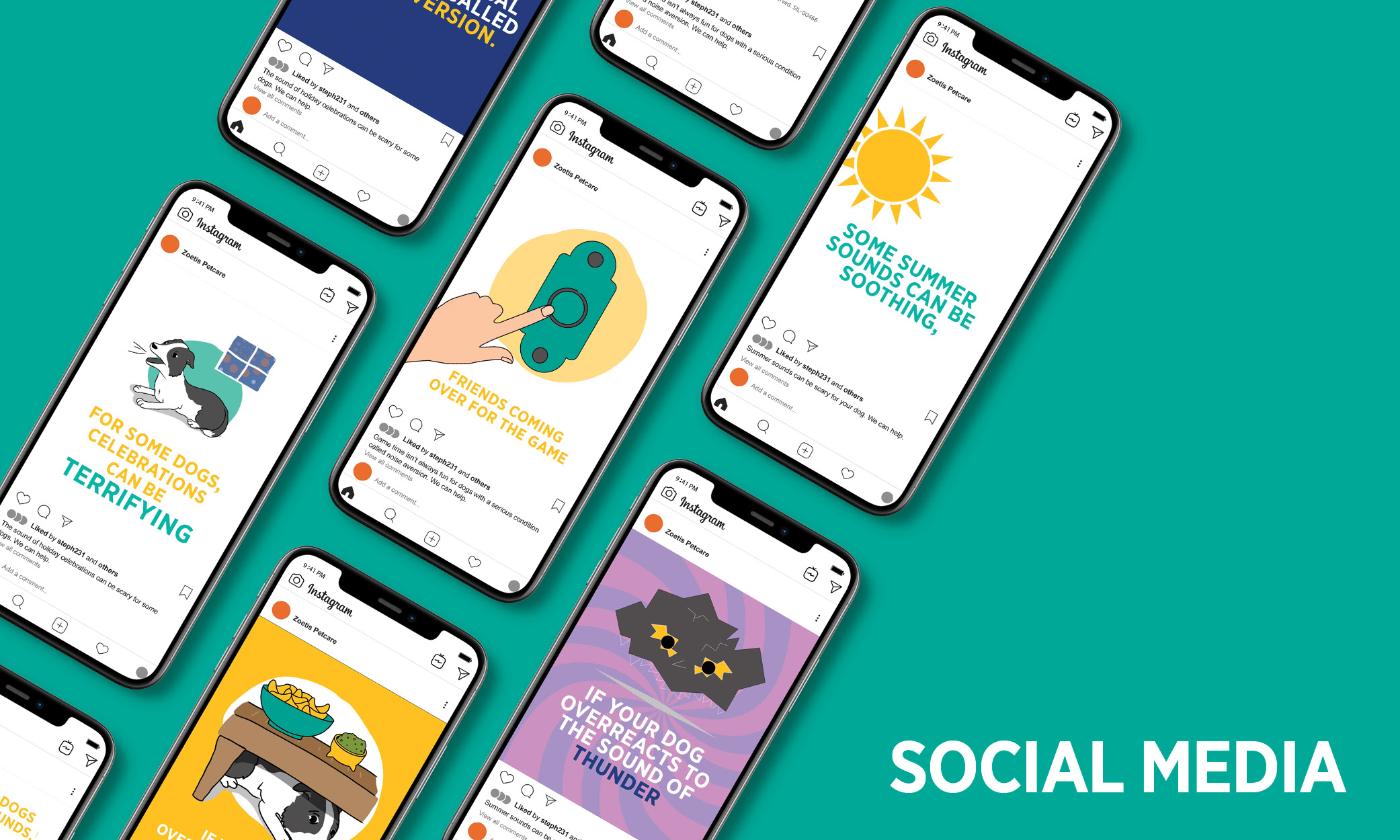 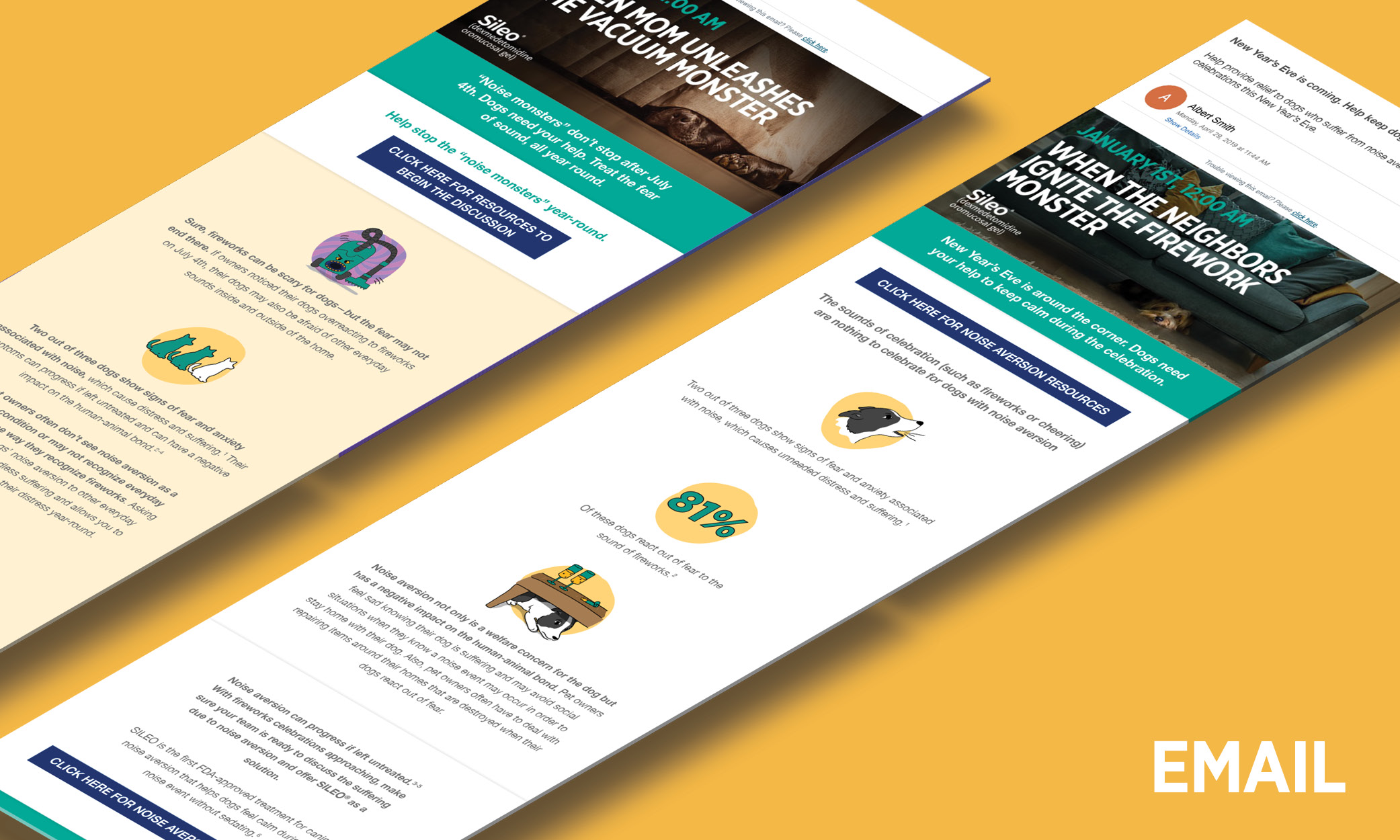 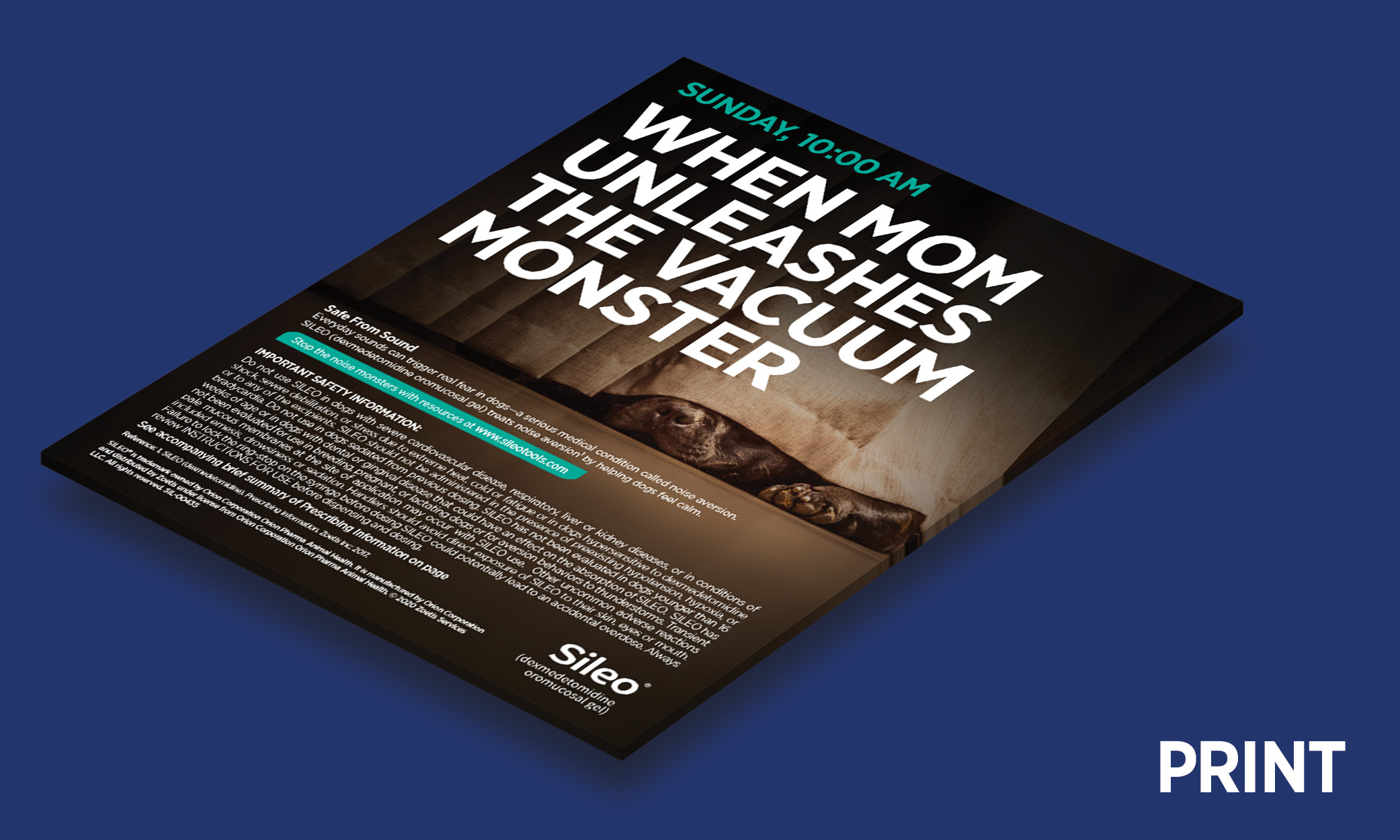