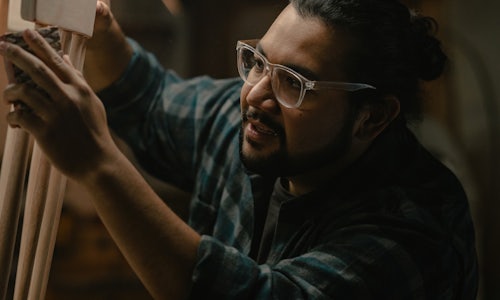 There are more than 34 Million Americans living with diabetes today. Most don't believe they can qualify for affordable life insurance. We wanted to dispel that myth and introduce them to John Hancock Aspire — the first and only life insurance designed specifically for people living with diabetes. We launched a two-phase awareness and acquisition campaign with targeted messages to raise awareness and generate qualified leads.

Our strategy was to connect to an audience that feels disregarded and judged by the life insurance industry, using digital video to build appeal from both a rational and emotional perspective. The messaging was about access and acceptance: the ability to get life insurance and also feel that your condition does not shape your identity. It all boiled down to one sentence: Diabetes Doesn’t Define You.

Advertising for people living with diabetes typically feels pharmaceutical and focuses on the condition. Our approach was cinematic, visual and emotional—telling a deeper story that looks beyond diabetes. The camera focused on the small details of four characters’ lives, stringing together the little things that shape who they are. Through this storytelling device, we demonstrated that John Hancock sees the whole person and not just the condition. It was a fresh approach for this audience, humanizing diabetes in a way they’re not used to seeing.

The campaign targeted consumers and brokers that have clients living with diabetes. While it was a targeted audience meant to drive sales for a new product, the creative ultimately showed the human and compassionate side of John Hancock in a way that shifted brand perspective.

But how do you execute such a compelling story in the middle of a pandemic?

We partnered with Directing duo Mindcastle from Sanctuary Content to come up with a production strategy that would deliver logistical and budgetary efficiencies without compromising the quality of the creative, all while ensuring the safety of everyone on set. Our creative team remained safely quarantined in Boston while the production team led remote live streams from Salt Lake City, Utah to conduct casting, location scouting, wardrobe and pre-pro sessions, and ultimately, the two-day remote shoot. The crew on site was made up of only essential workers, including a COVID compliance agent supervising that all safety guidelines were being enforced. Mindcastle was the perfect mix for this multi-platform campaign, as having a photography background, they were able to divide and conquer through our shoot days: while one directed the video, the other one would capture still photography.

The result was a beautiful film and a library of still images that truly capture the essence of the campaign: the story of your life is made up of many details. Diabetes is just one of them.

The campaign launched in August with a combination of targeted media and optimized site experiences working together to drive strong consumer and broker leads. As of mid-November, the campaign has gained well over a million video views and generated thousands of leads. Based on current performance, the campaign is expected to generate more than $6.4M in total sales premium—in addition to building positive brand equity for John Hancock through a powerful campaign that humanizes diabetes.

Video for Diabetes Doesn't Define You 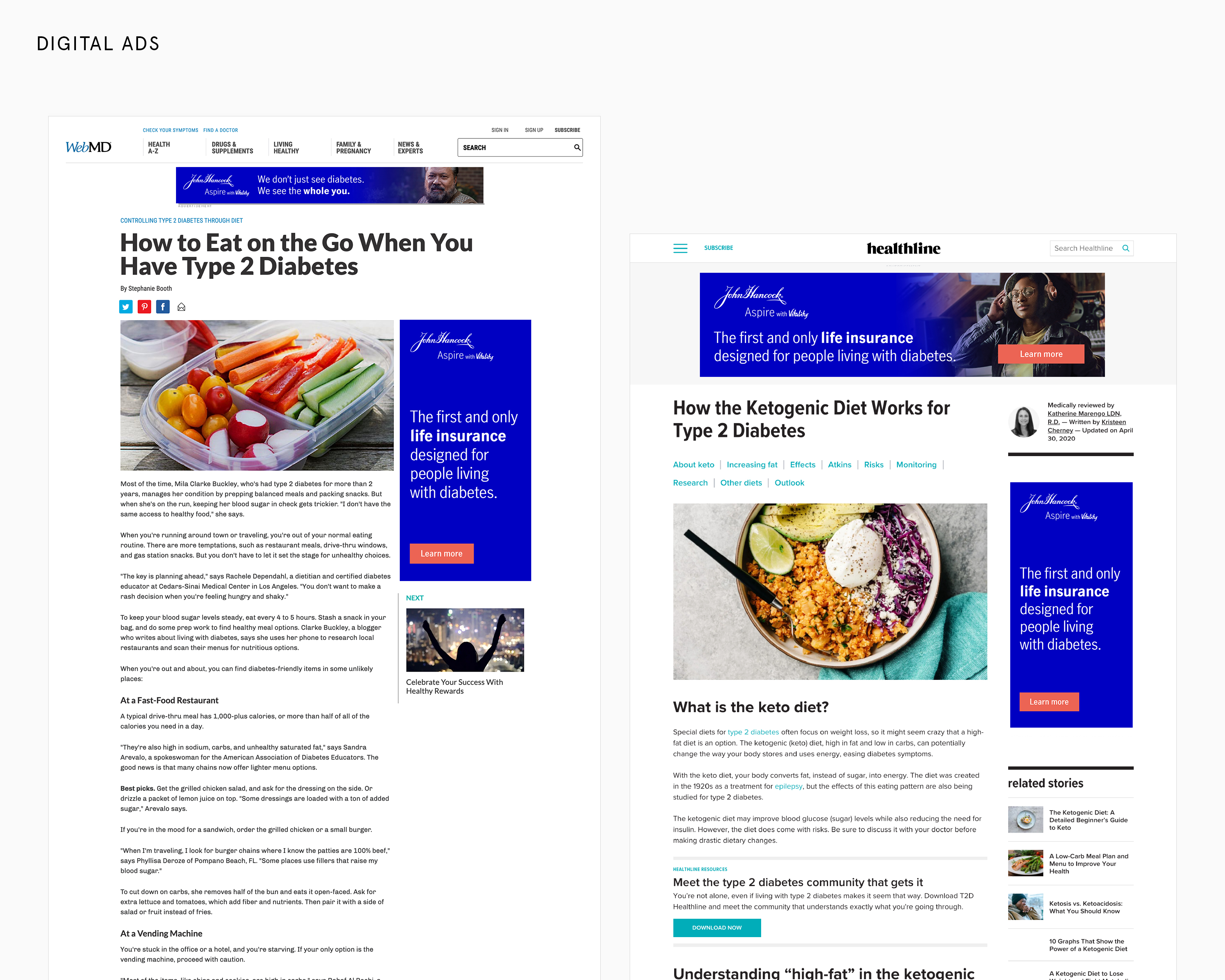 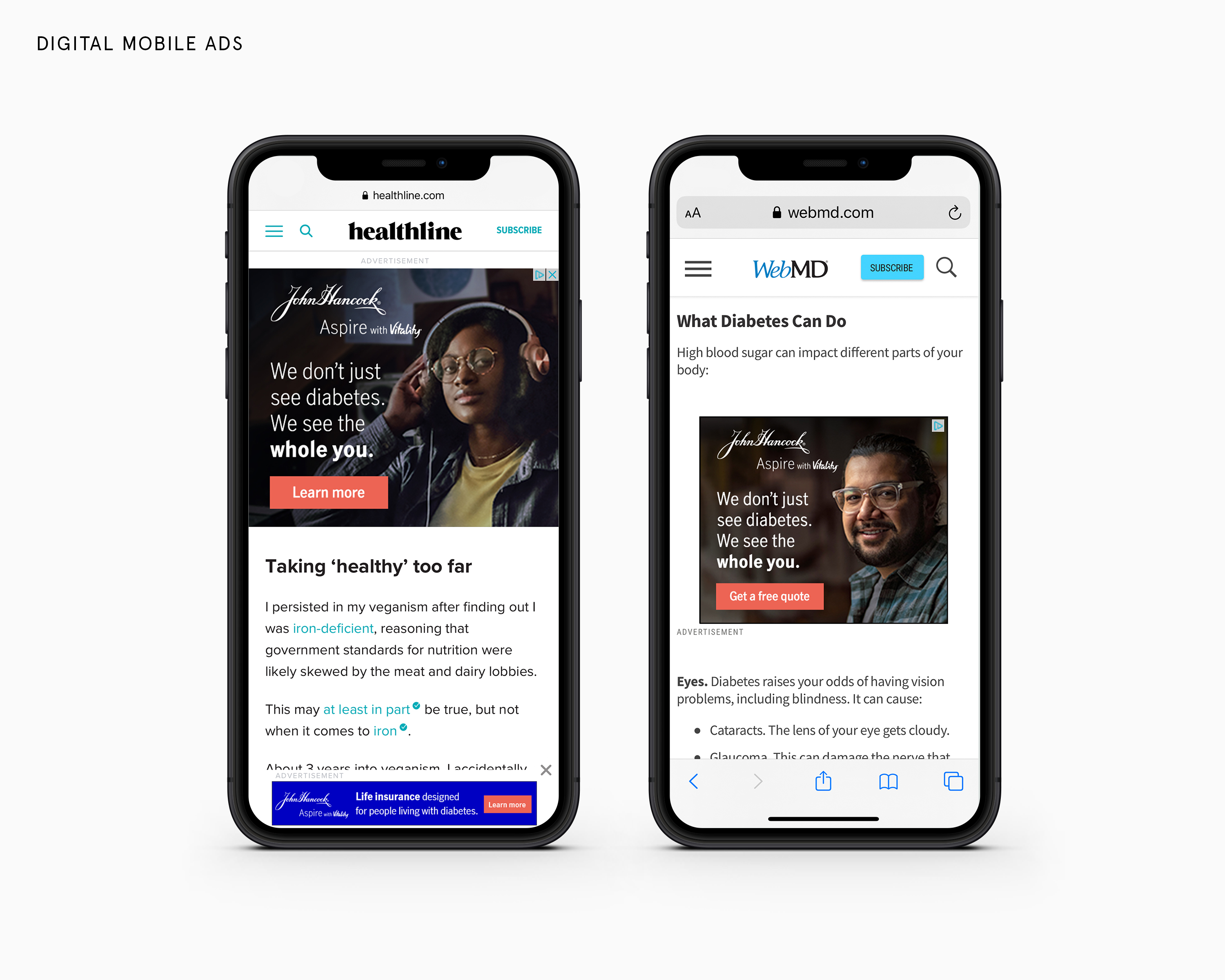 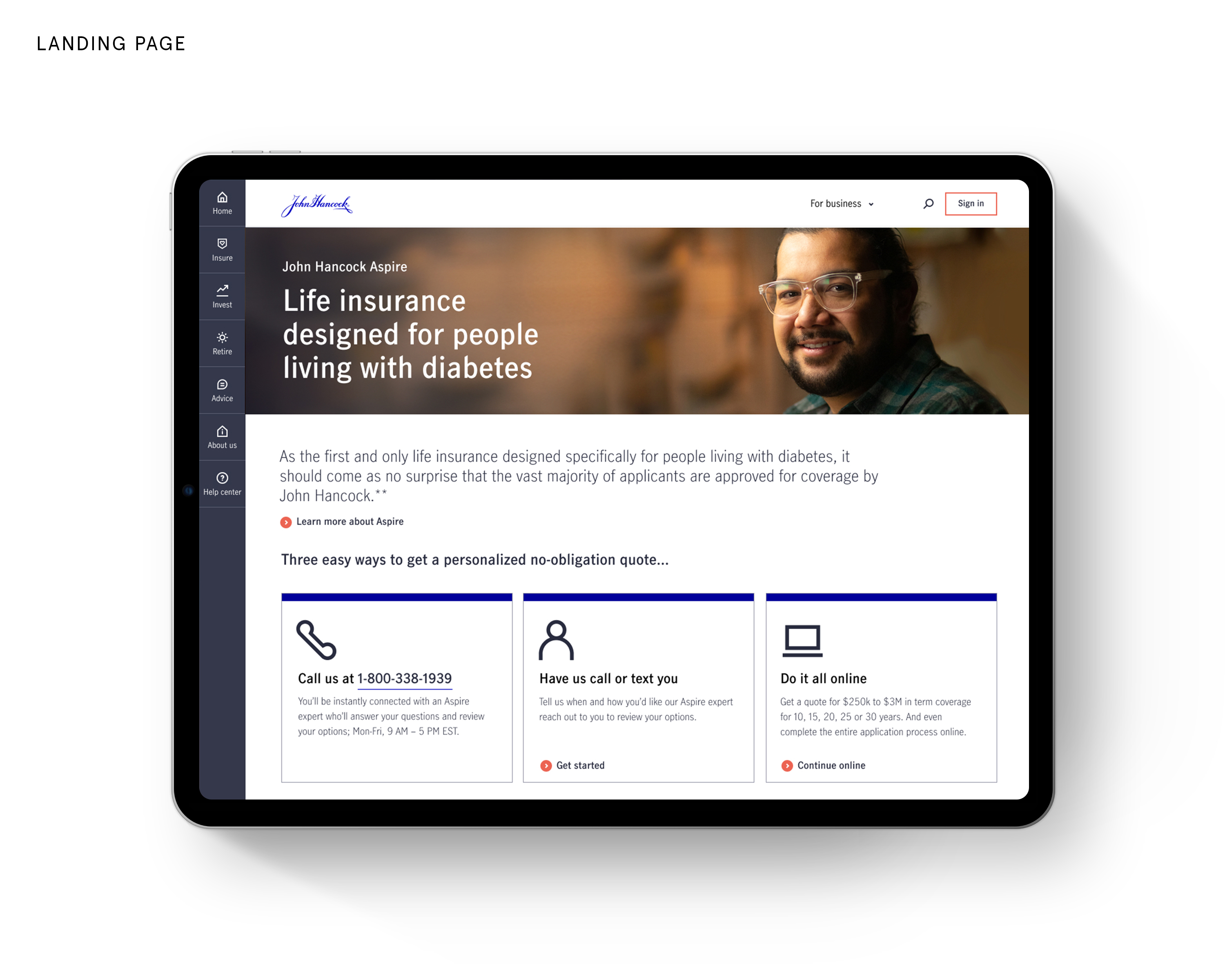 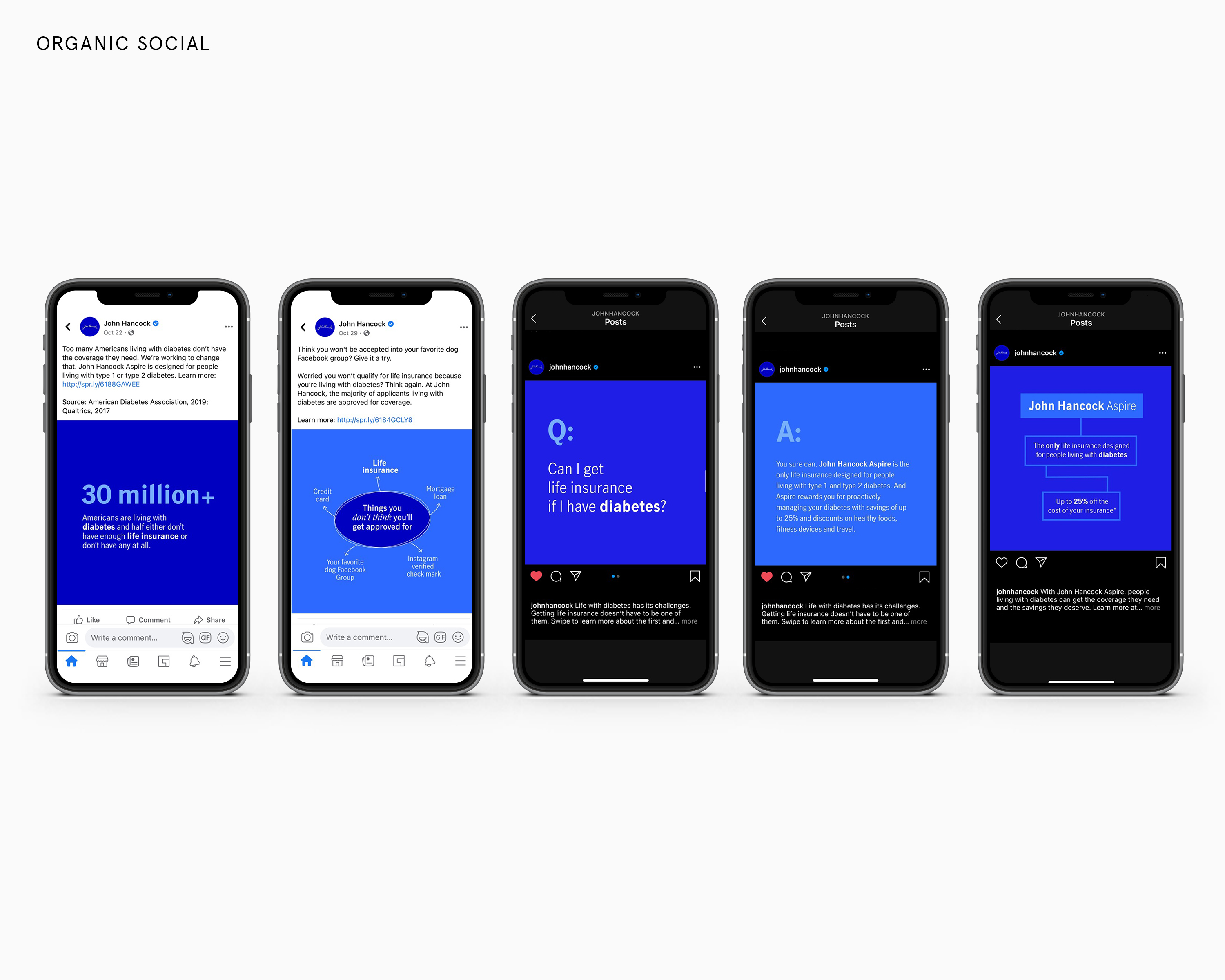 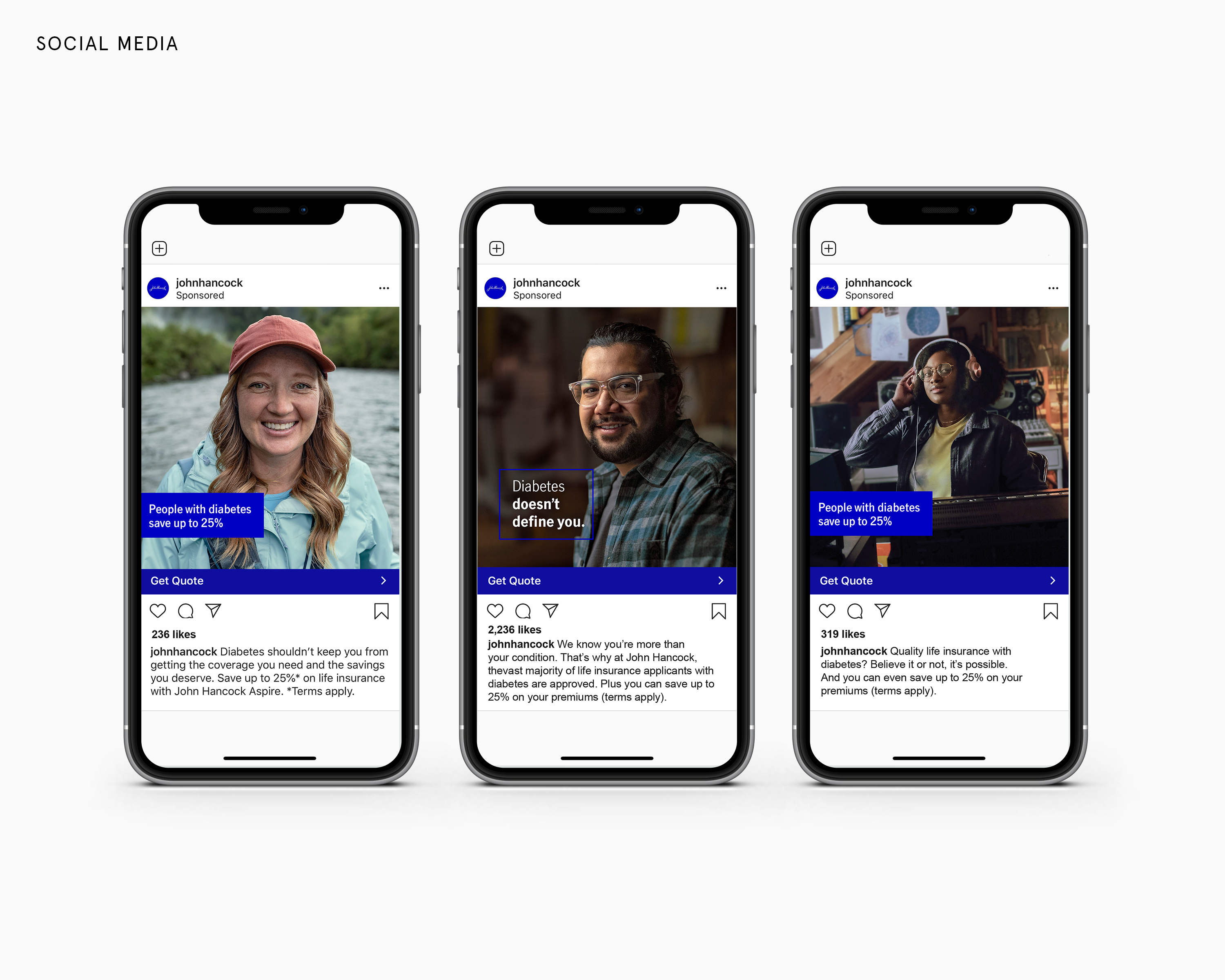 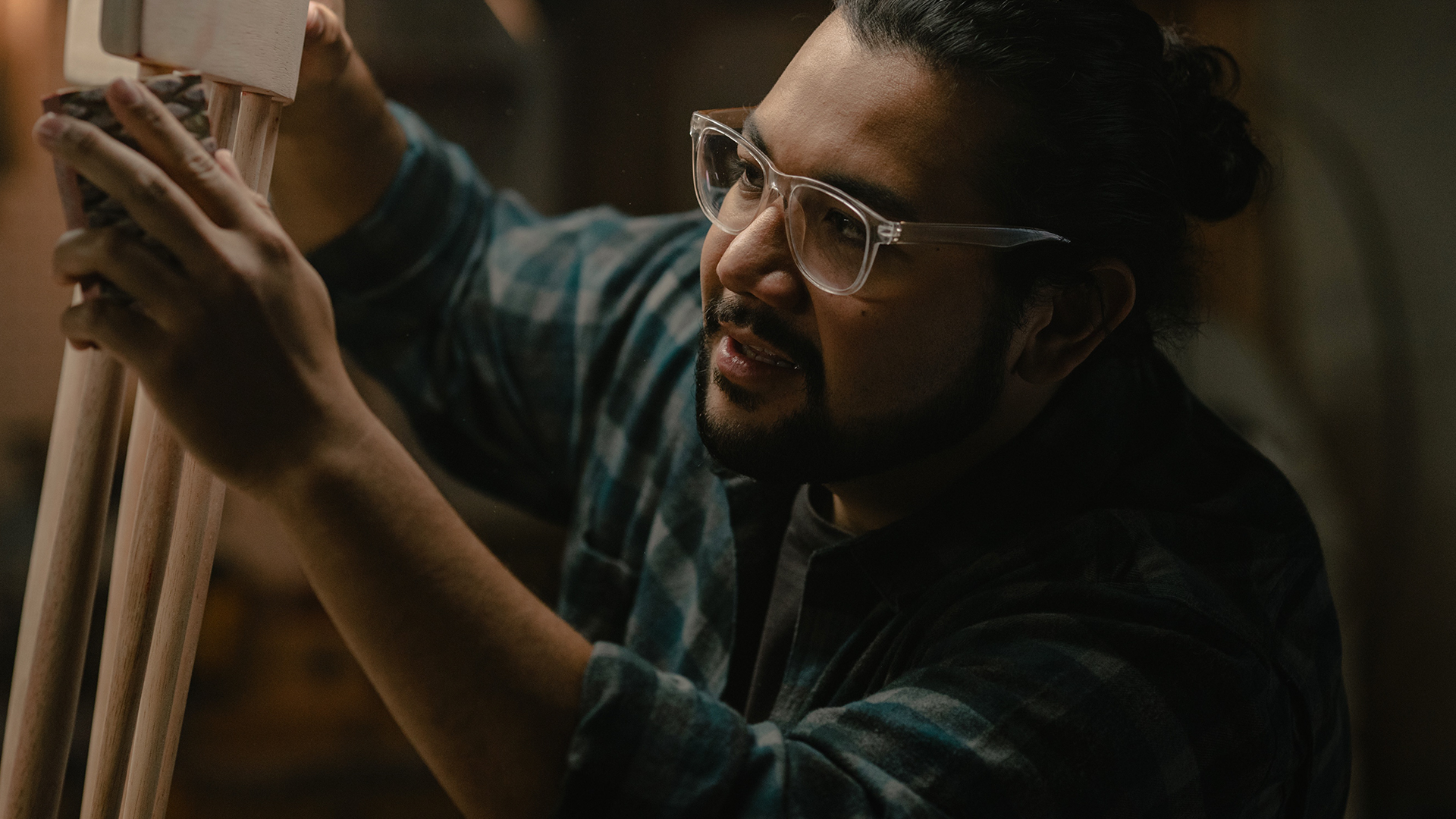 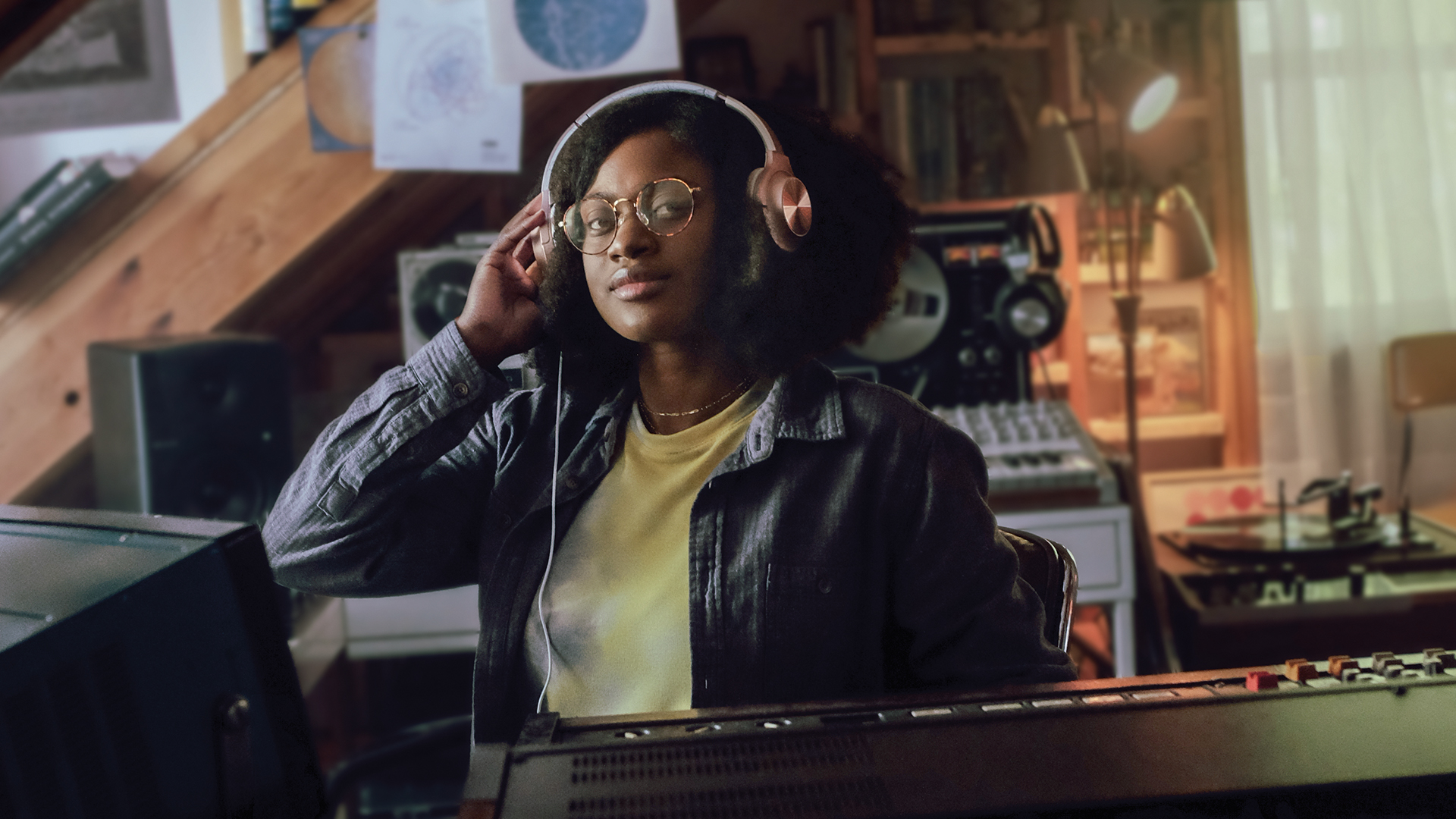 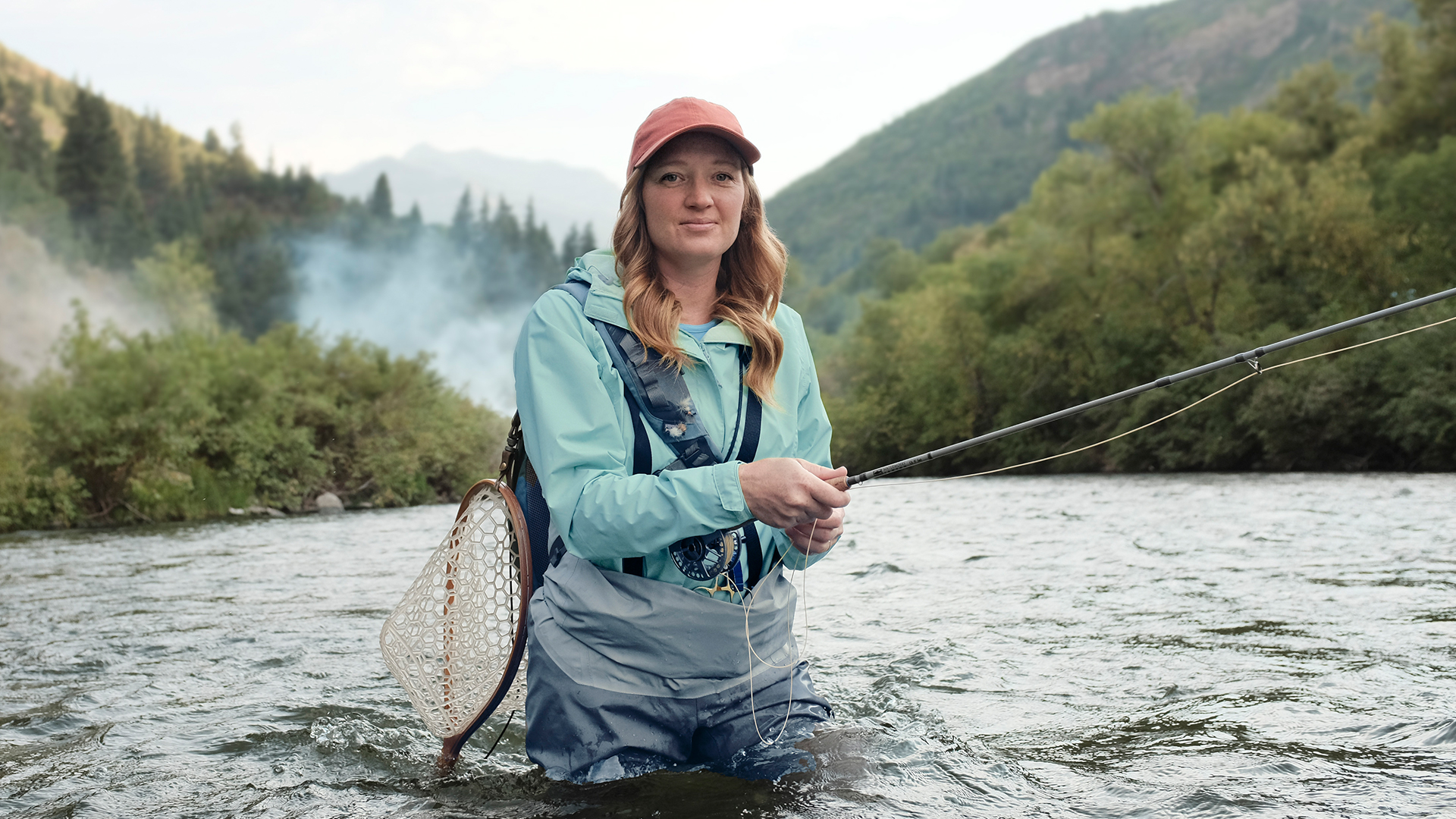 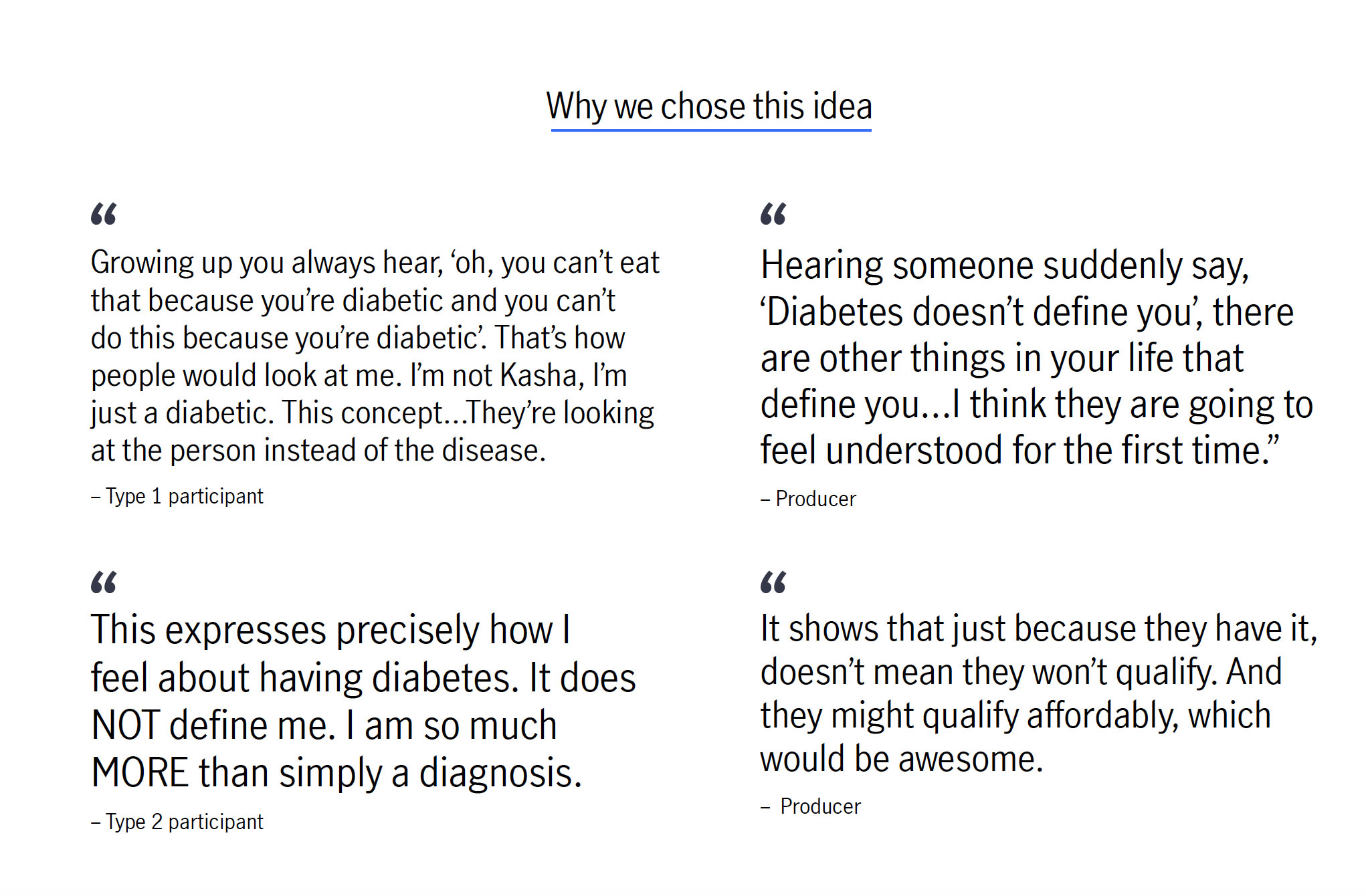