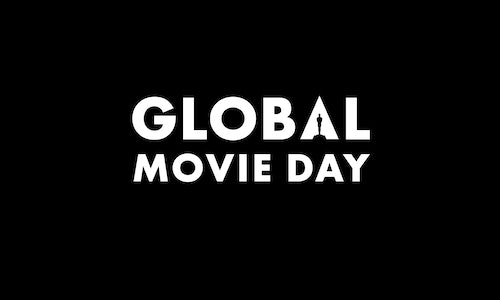 On February 8, 2020, the Academy of Motion Picture Arts and Sciences established and launched Global Movie Day, a day for film fans around the world to celebrate their favorite movies and engage with Academy members and filmmakers across social media. The inaugural holiday was held the day before the 92nd Oscars.

Premise:
Global Movie Day is held on the second Saturday of February every year, to celebrate the power movies have to reach, connect and inspire people around the world.

How to Celebrate:
Celebrate Global Movie Day by discussing movies that have inspired you, post your favorite movie lines or the greatest film posters of all time, rewatch your favorite movies with friends and family or discover something new!

No matter how you choose to celebrate, be sure to take pictures & videos and share them across social media using #GlobalMovieDay.

Set the day before the 92nd Oscars, Global Movie Day aimed to bring movie fans around the world together while fostering additional awareness and tune-in for the Oscars. As part of the holiday, we released a digital series featuring Oscar winners and nominees, Academy members and filmmakers sharing their universal love of movies, as well as social calls-to-action for entertainment studios and fans around the world to engage with and create their own original user-generated content. Custom graphics were created for website, email and social media announcements.

Thousands of fans around the world posted content across social media and engaged with content throughout Global Movie Day, which led to over 10M+ organic impressions and 500k+ engagements. 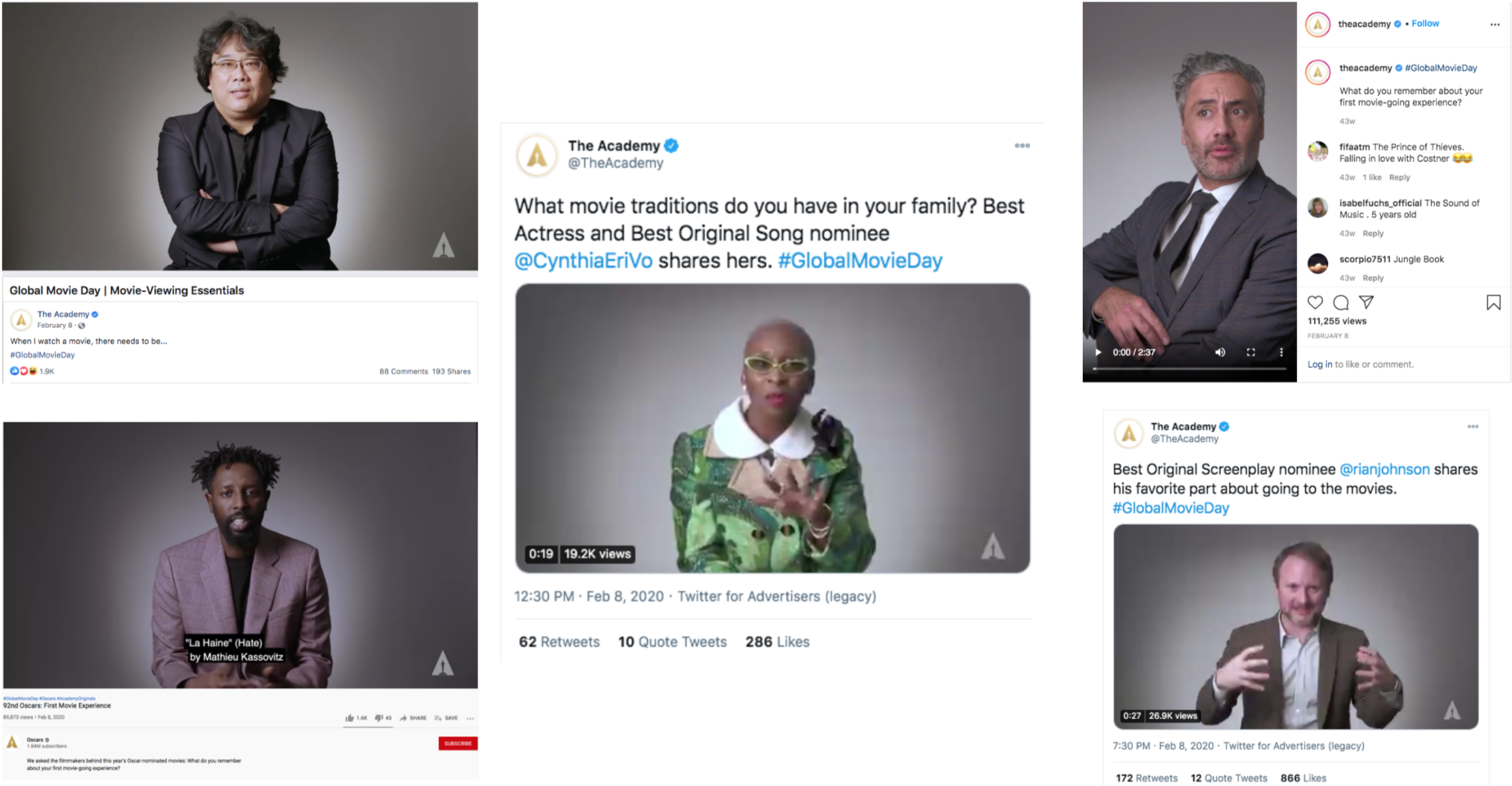 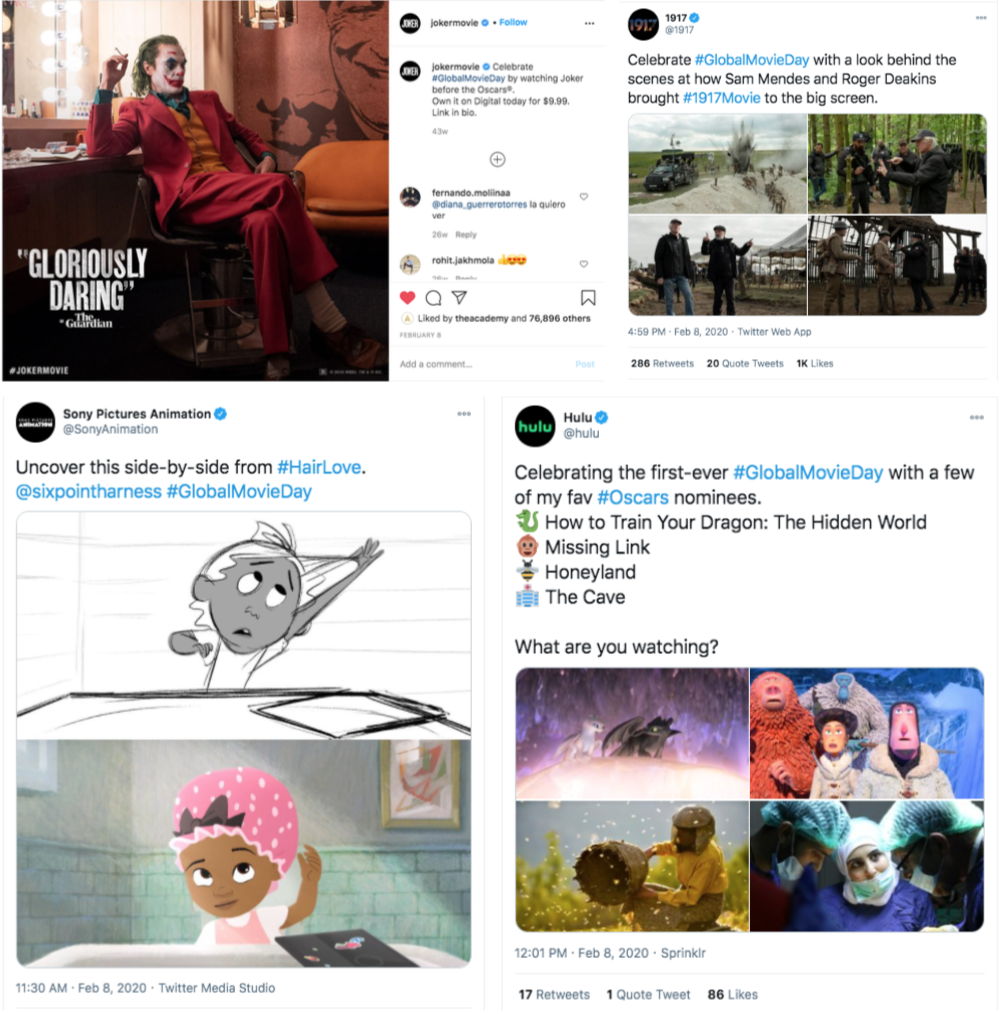 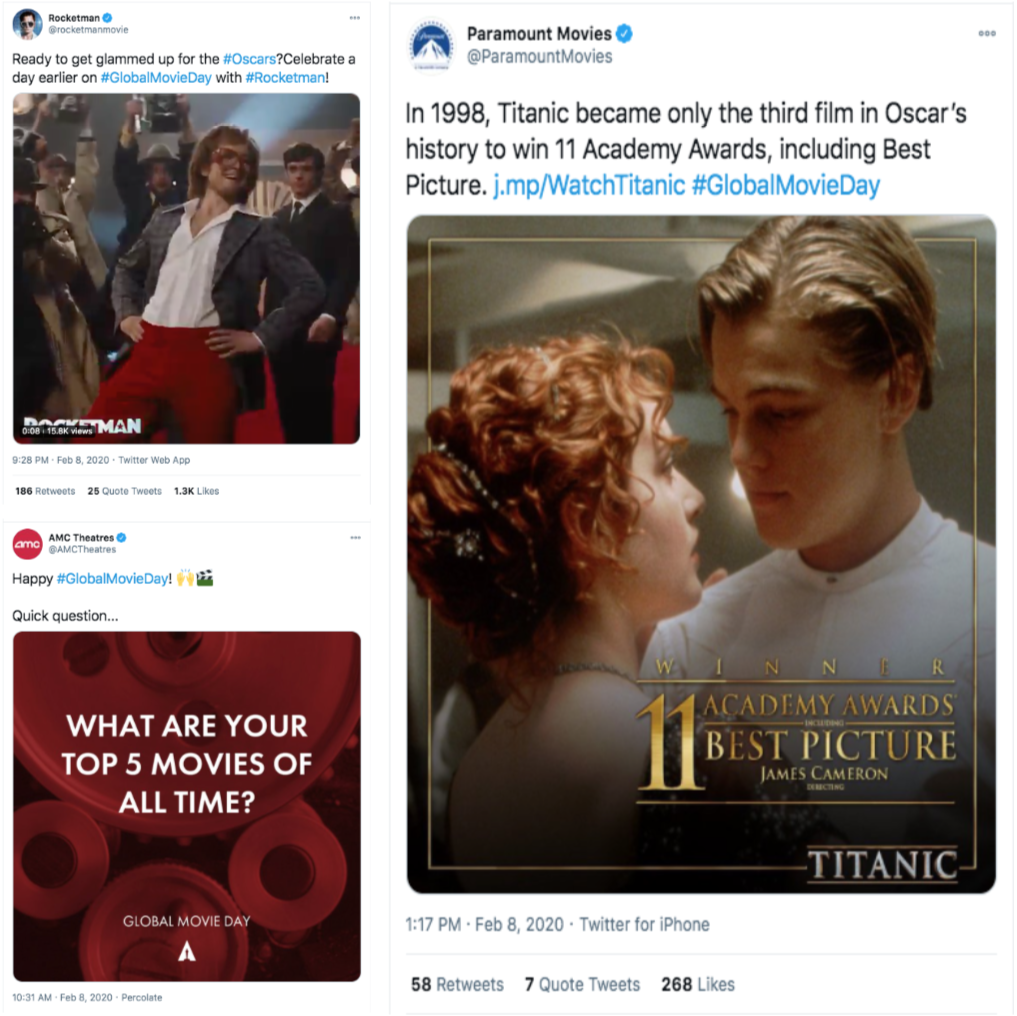 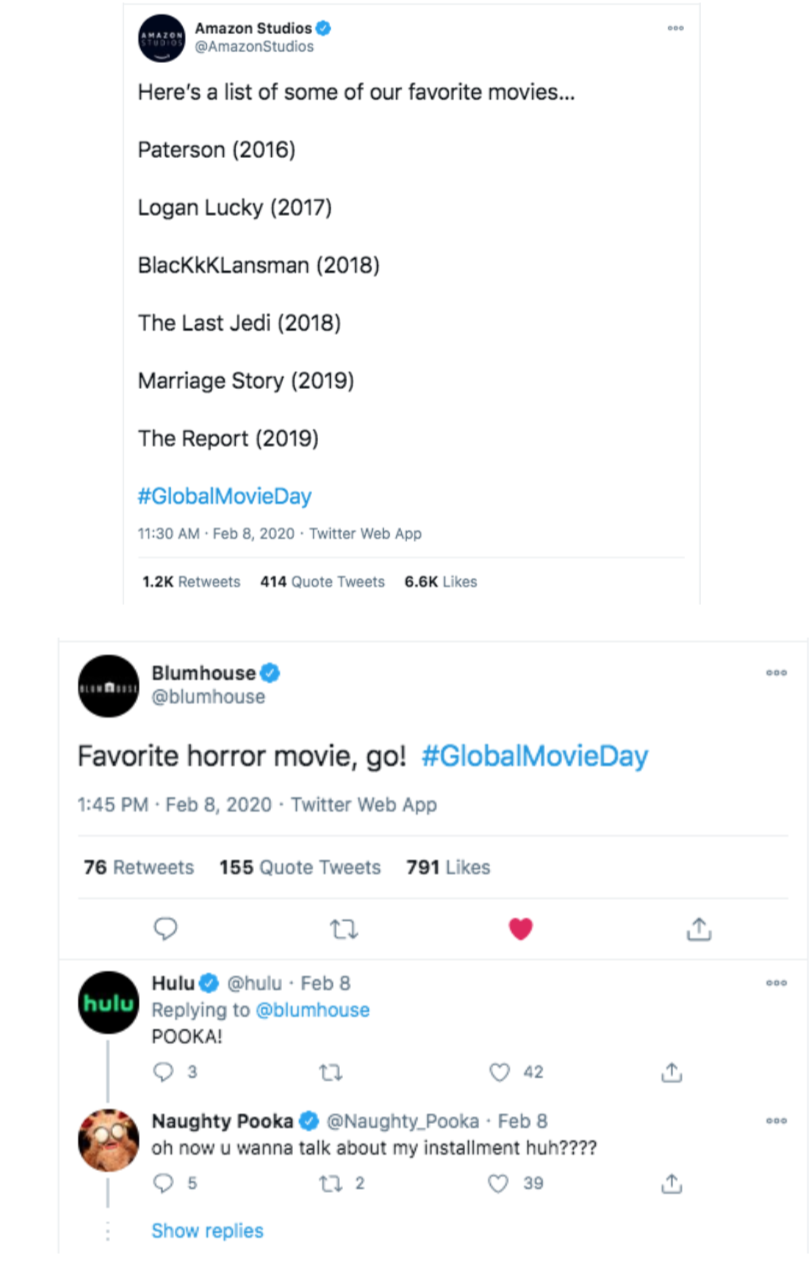 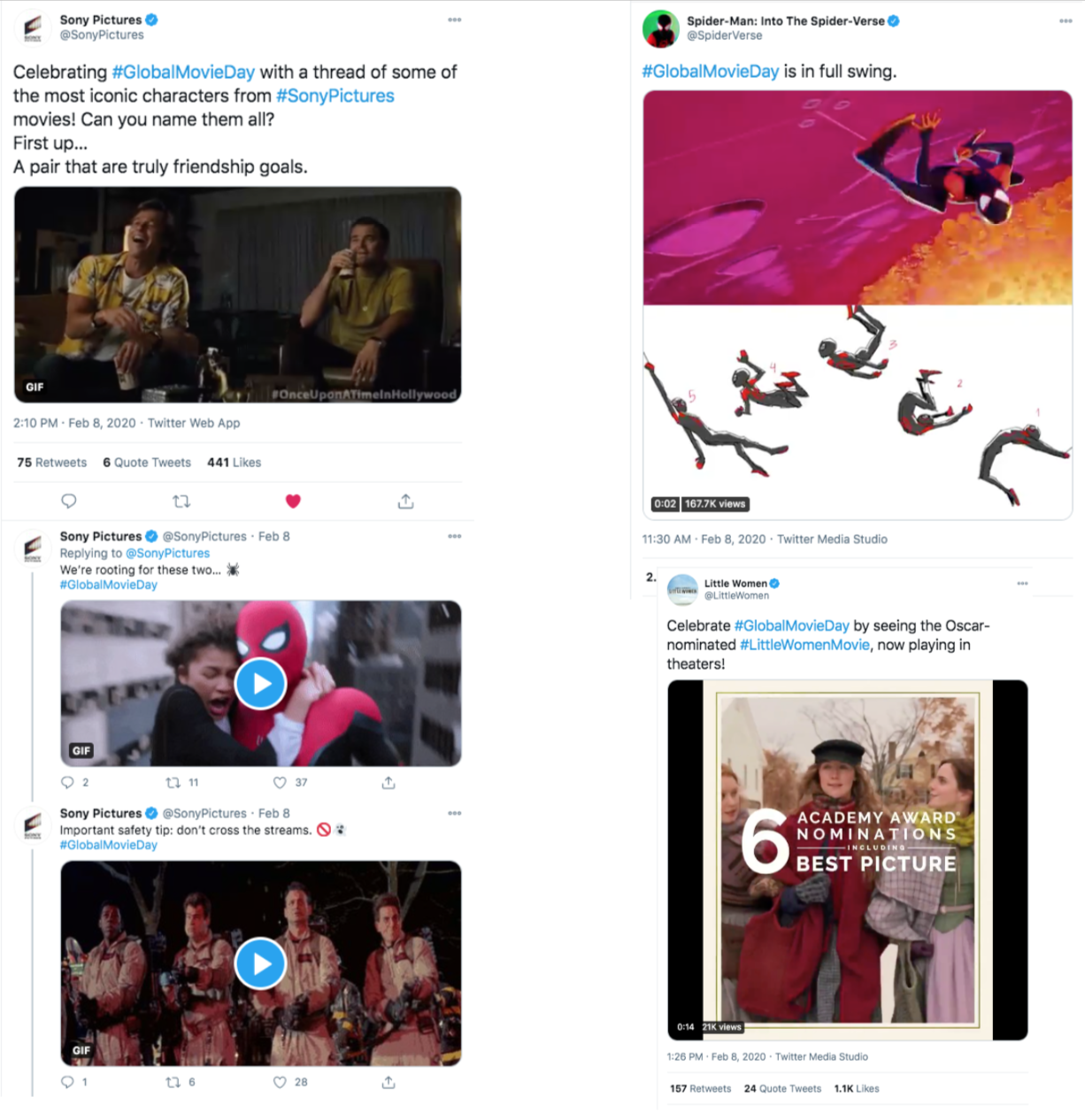 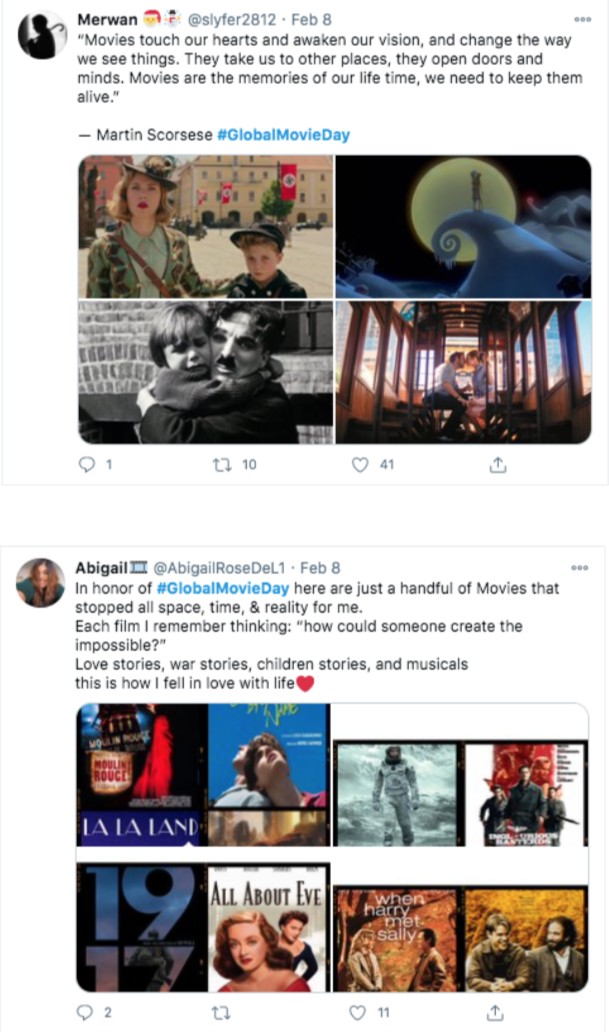 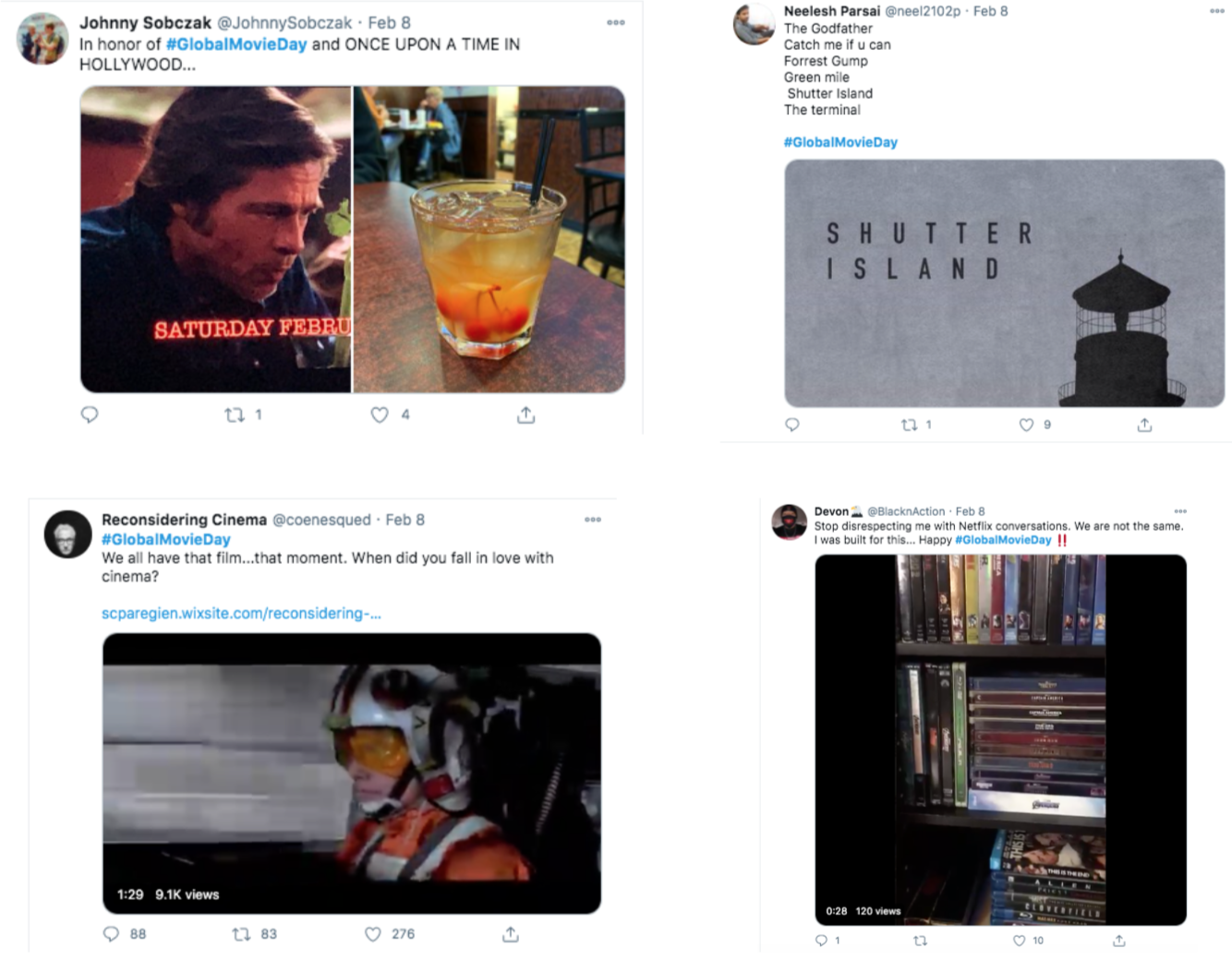 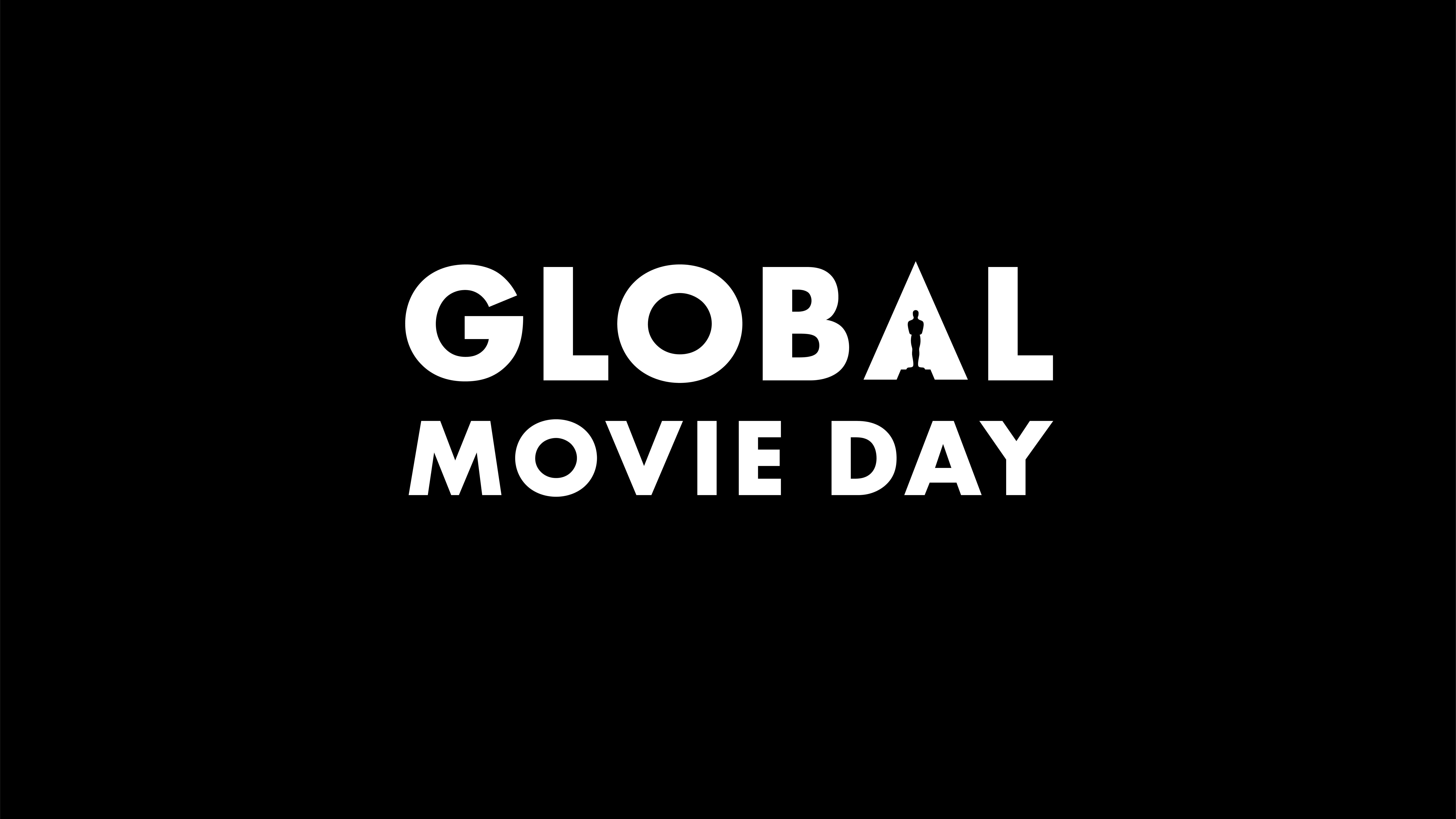