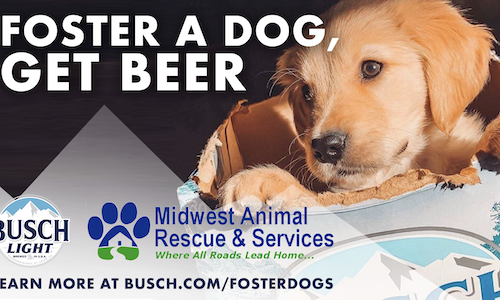 Foster A Dog, Get Busch

Covid-19 caused sudden changes to daily life as we knew it, and during a time of uncertainty, Busch Beer knew they had the platform to reach their wide, loving fanbase. Busch has always supported those who value the great outdoors, spending time with family and working hard to provide for their loved ones. For many of its fans, a family is really never complete without a canine companion.

At the onset of the pandemic, stories of animal shelters and rescue centers needing help were all over the news. Shelters were shutting down operations and trying to place pets in homes quickly as a result of the impact of COVID-19, and Busch beer saw an opportunity to step in to help. So, the brand set out to inspire its community to help out dogs in need of rescuing.

From here “Foster a Dog, Get Busch” was born. With a stronghold in the Midwest, Busch Beer forged a partnership with Midwest Animal Rescue & Services (MARS), who has been on the front lines of animal rescue for 14 years, placing animals in homes across the nation. With fear of the unknown sweeping the nation, and as shelters began closing their doors, it was clear they needed support in this time more than ever. With this in mind, Busch knew if their fans heard about the shelter's needs, they would jump in to help.

With shelters closing their doors during the pandemic, Busch recognized a dire need for animals to find adoptive homes around the country and they knew they had to act fast. The brand stepped in to create an enticing offer for their fans, especially for those individuals who were already considering opening up their homes to foster or adopt.

The campaign was rooted in a relevant conversation with insights from the Busch community, rather than simply newsjacking off of a trending topic. Bringing together two of consumers’ favorite things, beer and dogs, the campaign was launched through a series of social posts and a pitch catered to journalists who recognized the need. Through a call-to-action that addressed a genuine need, Busch fans who adopted or fostered a dog from MARS were given three months of free beer. Additionally, Busch made a $25,000 contribution to MARS to help the organization’s efforts in animal-care both during COVID and beyond.

Those interested in any of the pets in MARS’ care were instructed to fill out an application and mark Busch in the referral. Activating its social following, Busch promoted the offer across Facebook, Twitter and Instagram, reaching over 700,000 members of their audience. Along with posts came strategic PR outreach consisting of targeted pitches to media in a variety of verticals. Working with representatives from both Busch and MARS, interviews were offered in addition to simple imagery and messaging that were utilized to attract attention while clearly explaining the goal.

Since the launch of the “Foster a Dog, Get Beer” partnership, Midwest Animal Rescue saw a significant influx of support and attention that brought their work to an entirely new level. The organization received over 1,500 applications for adoptions. The applications came from folks located in 31 states (Minnesota -- MARS’ home state -- represented just about 47% of the applications). Midwest Animal Rescue has adopted out over 130 animals since the spread of COVID-19 in the US throughout the campaign’s timeframe, which is 12 adoptions every day.

Through a call-to-action that addressed a genuine need, PR and social efforts resulted in hundreds of posts that went far and wide, landing Busch stories in top-tier publications across multiple media verticals. A steady drumbeat of coverage rolled in across social, online and broadcast media, making headlines in top-tier publications such as CNN, People and Today. By the end, “Foster A Dog, Get Busch” landed in 349 editorial posts reaching 1.2B+ monthly impressions, along with 160 social posts reaching 77.2M+ followers, and 521 news segments reaching an additional 17.2M+ viewers. 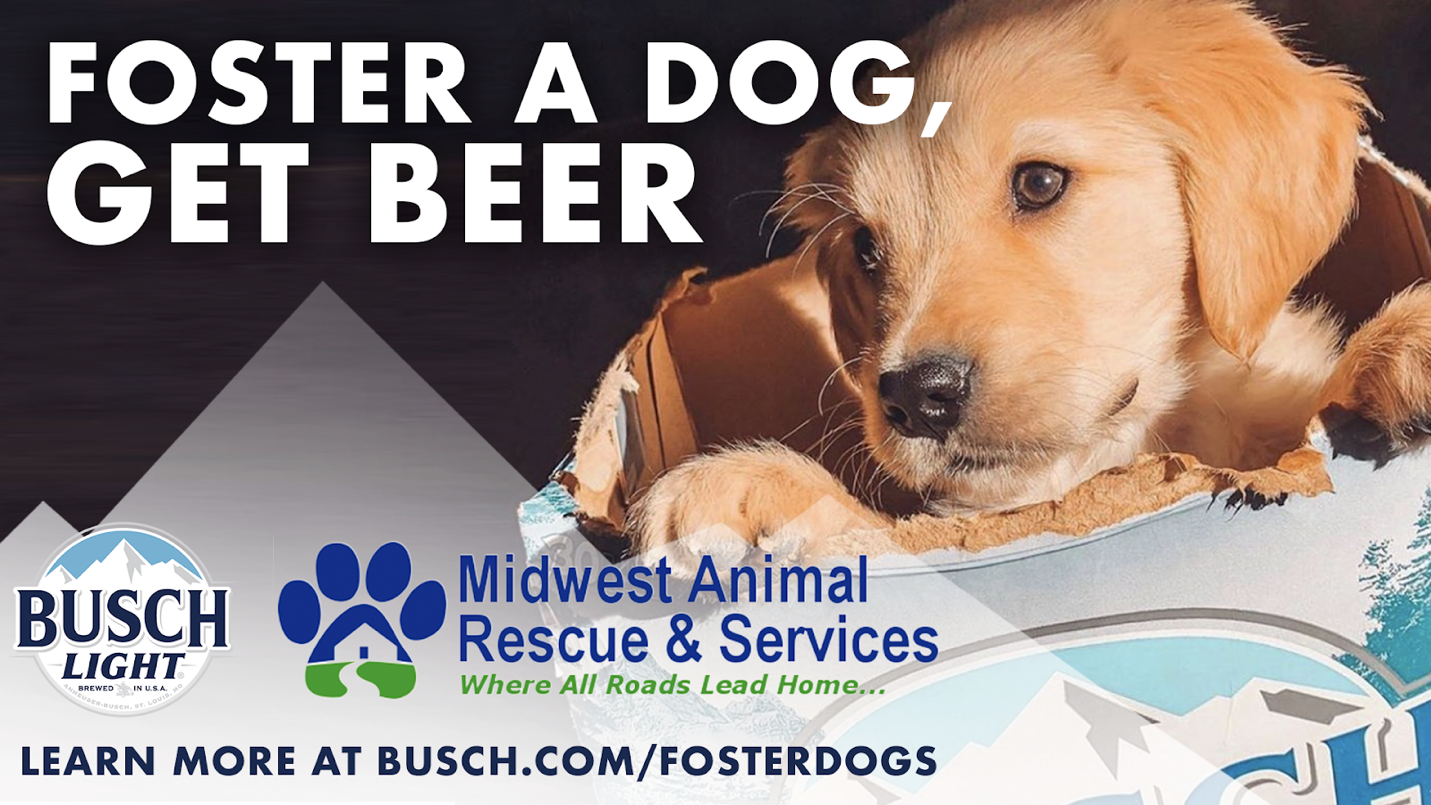