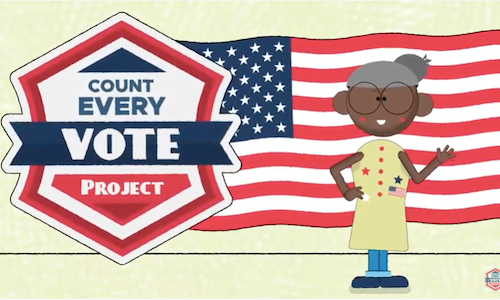 The Voting Rights Lab was primed to identify and respond to threats to election integrity in advance of the November elections due to our in-state and national-level partnerships coupled with our in-house legal and advocacy expertise.

When our survey results about voters’ election expectations came back in September, we realized we had a major challenge—and a major opportunity. The research we conducted with our friends at The Leadership Conference and Strategies 360 found that most voters (52%) expected to have an officially certified winner of the presidential election within three days of the election. More worrisome still, is that a longer-than-expected wait for results bred distrust in the election. Half of voters indicated a 7 to 10 day ballot-counting period would make it hard for them to trust the final results.

With the massive increase in absentee ballots and a high potential for a longer-than-usual timeline for official election results, this finding was alarming. We feared this would create an opening for bad actors to sow doubt in our electoral process, delegitamize delayed results, and even incite violence.

Our goal was to build confidence and patience in the electorate. We also sought to push back on efforts to prevent every vote from being counted. Importantly, our message needed to thread the needle between legitimizing the voting system (like absentee voting, delayed results, etc.) while also acknowledging suppressive tactics (voter purges, long lines, intimidation) and, ideally, lay the groundwork for our work in 2021 and beyond.

Luckily, our research revealed a silver lining: With explanations and the right messaging, we could effectively move 39% of voters' expectations for an official winner later than it was before. We knew we needed to reach these voters with our message.

We learned that explaining why ballot processing may take longer this year helped to move expectations. It was crucial for voters to understand that everything is different in 2020—and our election would be no exception.

The research also showed that election administrators were the best and most trusted messengers. In order to cut through the noise, we launched the Count Every Vote Project and created an animated video. In it, our fictional election administrator, Ms. Mountz, explains the process by which we make sure that every vote counts… in verse!

In consultation with legal experts and election administrators, we broke down the seven steps involved in verifying absentee ballots through a Schoolhouse Rock!-inspired animated video. The catchy chorus implores the viewer to “be patient” so that election administrators can do their job and #CountEveryVote.

Since our goal was to build confidence and patience in the electorate for results, we needed to reach our most persuadable audiences. Our research found these were voters under 35, voters of color, non-college voters, voters with lower household income, less-engaged voters, and voters less familiar with absentee ballots. We had a primary focus on key swing states: Arizona, Florida, Michigan, North Carolina, Pennsylvania, and Wisconsin. We knew that persuading these voters to have confidence in the process—despite expected delays—would play a major role in combating attempts to delegitimize our elections.

Working with election administrators in Michigan, North Carolina, and Wisconsin, we created 16 face-to-camera videos and 10 versions of the animation videos to set expectations with voters about delayed election results. We promoted these videos in addition to search ads that drove to our Count Every Vote Project landing page through a $250K targeted ad campaign in our six key states across FB, YouTube, Hulu, OTT, and programmatic.

Additionally, working in coalition with local and national partners around the country, we built messaging toolkits, conducted press briefings, and disseminated key messages that set the expectation for voters that we might need to wait for election results this year—and that’s okay.

We also partnered with Into Action to build a library of unbranded, shareable content to reiterate key messages in the form of memes and GIFs. We partnered with Collective Impact to mobilize over 60 celebrities to share a "count every vote: listen to the experts" graphic in celebrity Instagram Stories and Grids that promoted the tested messages through the best messengers, election administrators.

In lock-step with thousands across the movement, we spread the message far and wide: In our democracy, every eligible voter deserves to have their voice heard and their vote counted.

According to our post-election survey, 81% of voters had seen, heard, or read something before Election Day about how it might take election officials longer to know the winner of the presidential election. As expected, certain individuals did try to contest the election. Crucially, we know from our research that realistic expectations were important in making claims to discard all post-Election Day ballots seem outrageous and unfounded.

The meme and GIF content we created in partnership with Into Action received 892 million views and had 25 million peer-to-peer shares. Our paid ad campaign resulted in 11,869 clicks to the Count Every Vote Project landing page, 5,256,392 impressions, and an overall video completion rate across channels of 61%. Hashtags #CountEveryVote #VotersDecided #OurTimeNow peaked in usage alongside our co-led message briefings, which included almost 4,000 participants from across the movement.

Significantly, this campaign was not only successful in achieving its immediate goal of setting realistic expectations with voters in order to defend the integrity of our elections, it also fortified robust partnerships in the fight for voting rights. We hope this effort will move us toward the vision of our country which we collectively hold: an America where voting is equitable, accessible and serves as a celebration—of our freedom, of our democracy, and of our communities.

Video for Count Every Vote Project 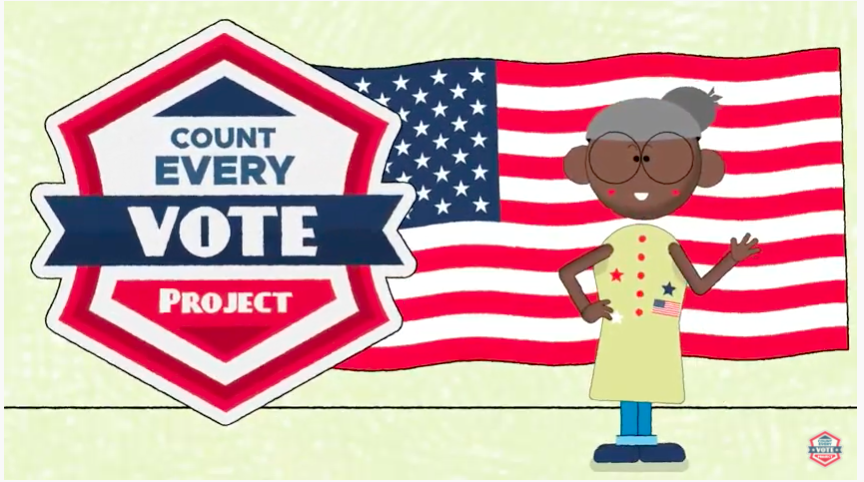 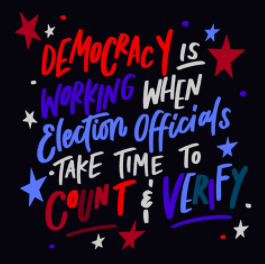 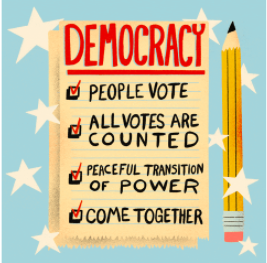 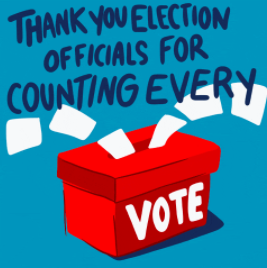 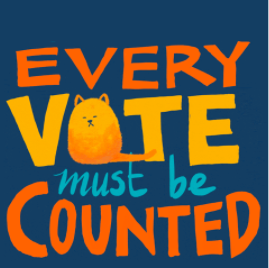 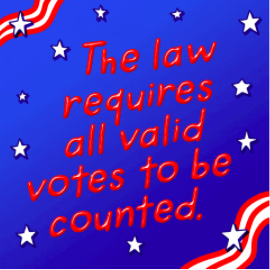