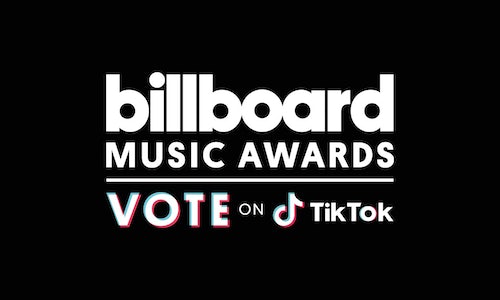 For decades, the Billboard Music Awards (BBMA) has recognized and honored music’s most popular artists of the year. Though the majority of the show’s awards are determined based on charts and performance data, a few exceptions are made for fan-voted awards.  These awards celebrate and harness fan power by allowing the fans to actively select the winners by voting the weeks leading up to the live show. As the BBMAs have evolved over the years, so, too, have the ways in which fans could participate and vote. This year, in addition to the online vote, dick clark productions (dcp) teamed up with TikTok, the most downloaded app of 2020, to power an all new, never-before-seen in the US, method in which fans could vote directly within the short-video entertainment application. TikTok has become a platform where music is discovered and gains popularity, its influence on the music industry and, thus, music charts is unequivocal. It was only natural that the BBMAs partnered with TikTok on an entirely new level of fan voting engagement for music fans. To help legitimize the voting method, dcp and TikTok brought in Telescope Inc. as the premier compliance partner to power this innovative method.

When we combine music and an increasingly popular short-form video platform catering to the younger audience (otherwise known as Gen Z), we get the current hottest trend, TikTok.

With dcp’s goals of extending audience reach and TikTok's innovative engagement in mind the first-ever voting mechanism in the US was developed in partnership with Telescope for three fan awards to be presented in connection with the program. As TikTok is available internationally in 155 countries, it provided a perfect forum to maximize audience reach for the program and engage the millions of active TikTok users by providing them with a unique way to vote for their favorite artists nominated for the fan awards. Between October 1st – October 13th, by simply searching #BBMAsVote in the search bar of the TikTok app, users were directed to a dedicated voting page for the #BBMAsVote within the application where they had the ability to view and vote for their favorite artists nominated for one of 3 awards: Top Social Artist, Top Collaboration and Billboard Chart Achievement Award. To increase #BBMAsVote exposure, dcp partnered with 3 TikTok stars (@spencerx, @maxandfacts, @shreksdumpster), with a combined total of over 53 million followers, to create and post videos to their personal TikTok accounts promoting and presenting the nominees for each of the awards, expanding the reach of the promotion far beyond just music and BBMAs fanatics. In addition, these videos presenting the nominees were also placed at the top of the #BBMAsVote page for each award so that fans could view a video from their favorite TikTok star before scrolling down to vote for their favorite artists.

TikTok was an ideal voting platform for fans to engage daily with the #BBMAsVote as they were allowed to cast 10 votes per award each day during the voting period which closed the day before the live broadcast of the Program.

Once the #BBMAsVote closed, TikTok voters were then encouraged to tune-in to the show the following day on NBC to see which nominees garnered the most fan votes to win each award.

For the first time ever in the US, fans were able to directly interact with a fan vote within the TikTok app creating a seamless and fluid vote experience without ever having to leave the video platform. Tens of millions of TikTok votes were sent to Telescope’s secure voting platform and validated through its comprehensive voting system to ensure accuracy.  By opening up the direct line of engagement with fans within the platform, the #BBMAsVote promotion provided TikTok with a new way to integrate and grow in their user interactions with fans.  This direct integration opens the doors for a wide variety of engagement within the platform and backed by Telescope’s voting platform, ensured a final and trusted result that allowed for a flawless first execution.

In addition, nominated artists such as Mariah Carey, Billy Ray Cyrus, and more took to their own TikTok accounts to ask their fans to vote, enhancing #BBMAsVote exposure by the millions. The core audience of Billboard Music Awards paired with the massive TikTok audience provided massive synergy, driving participation and engagement like never before.

On day of the live broadcast of the 2020 BBMAs (October 14th), millions tuned in to discover if the artist(s) they voted for throughout the month of October had won the Top Social Artist Award, Top Collaboration Award, or Billboard Chart Achievement Award. The awards were also presented on-air by top TikTok stars, SpencerX and Addison Rae. 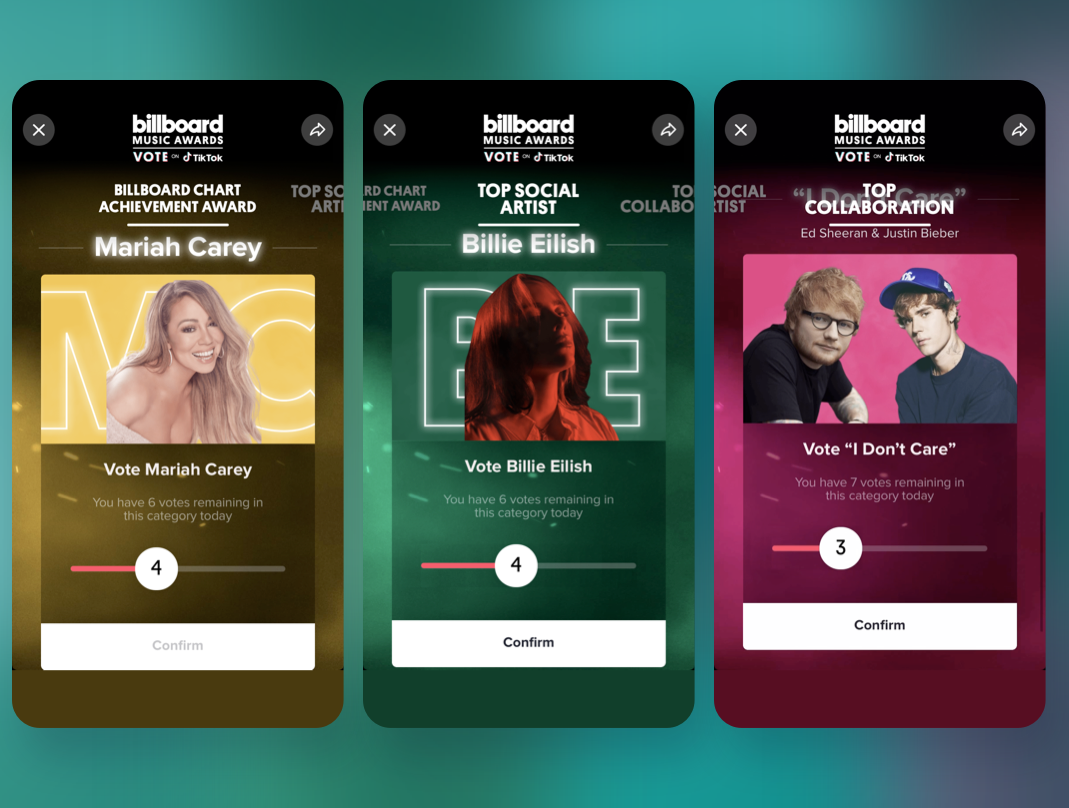 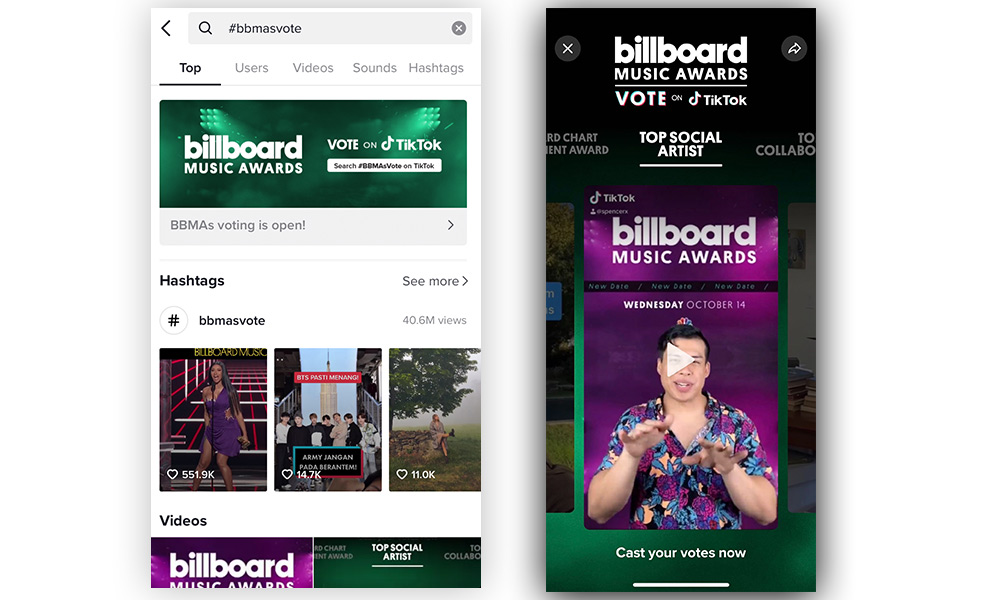 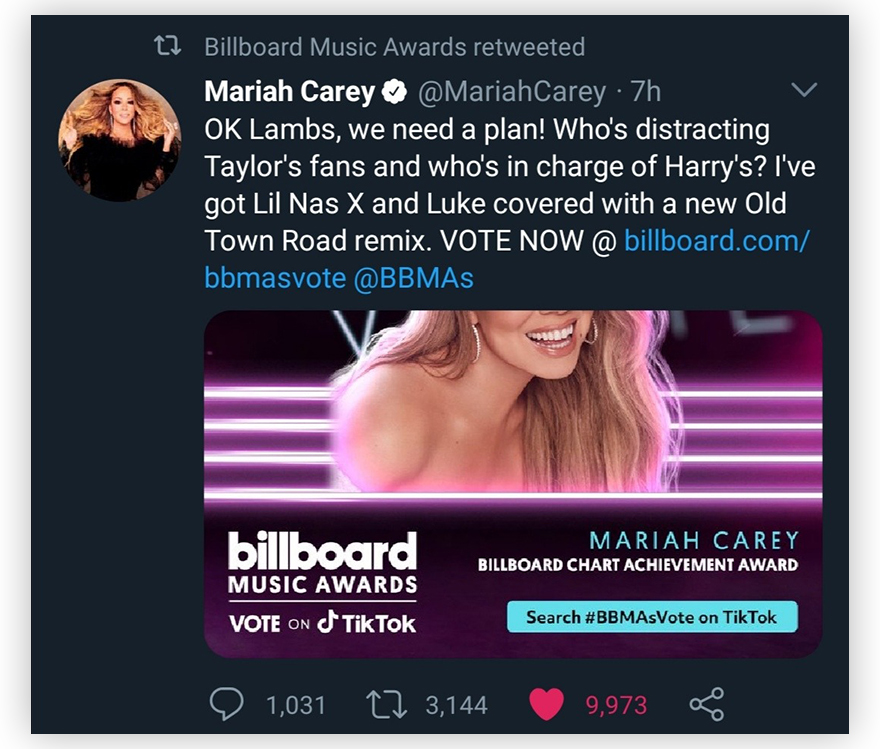 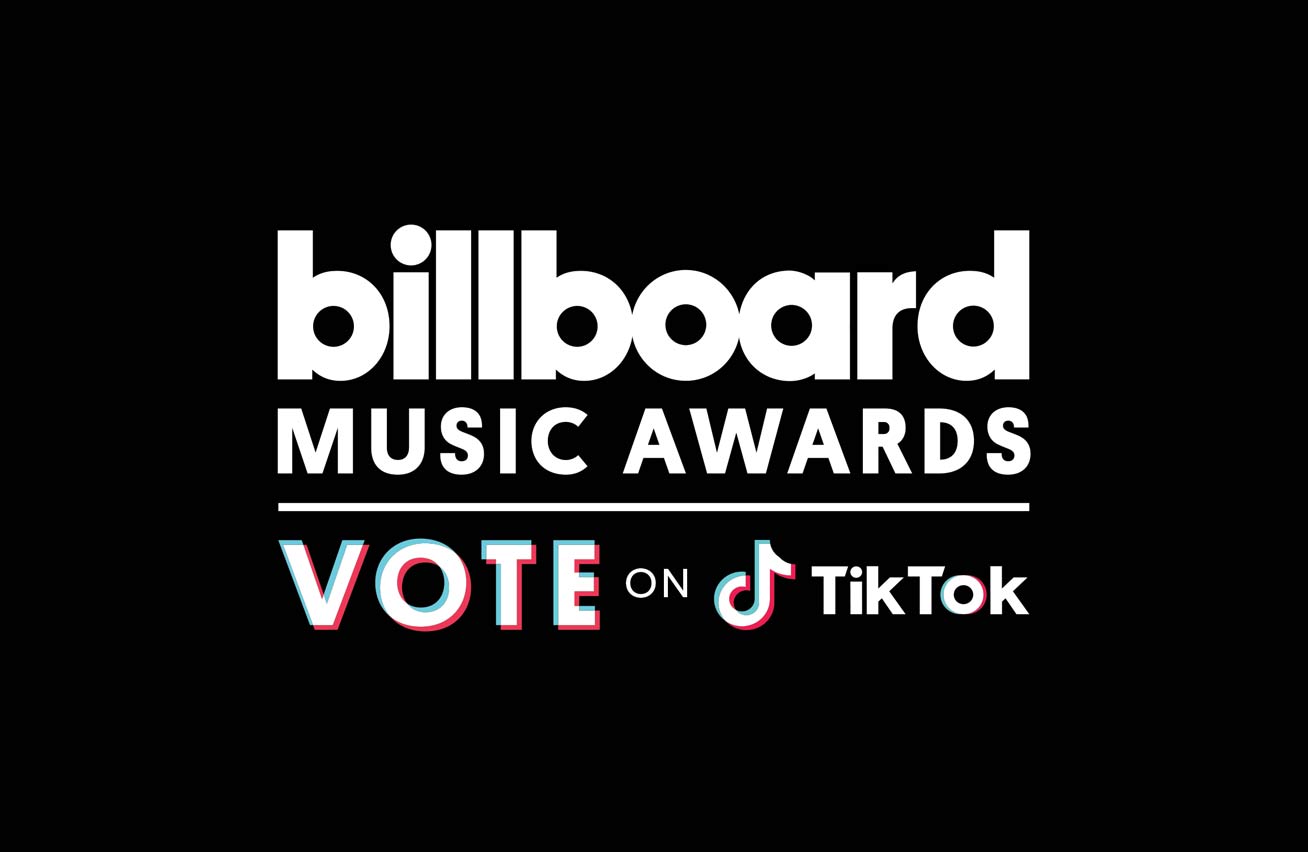