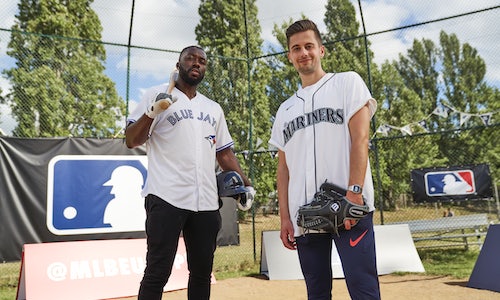 At the beginning of the year, we were preparing to film a YouTube series with Major League Baseball (MLB) to excite and educate European sports fans about baseball and help them discover what makes the game so beloved to over 68 million Americans.

Our plans came to a grinding halt just days before filming was due to start, as Covid-19 brought the world to a standstill and live sports and events were cancelled across the globe.

In lieu of indefinitely postponing our campaign until the season could safely begin, we restructured our entire campaign to be filmed during lockdown, using the time to educate our target audience of 18 to 34 year olds in Europe - the next generation of untapped fans - and get them excited about baseball whilst there were no players allowed out on the field.

Our goal was to grow awareness of baseball amongst European sports fans by creating a new personality-led series, calling upon some recognisable faces from the sport and celebrities further afield to showcase the incredible culture that exists within baseball like the food, the fashion and the die-hard fan communities whilst also teaching the new fanbase the basics of the game.

As the world came to a stop due to Covid-19, including the postponement of the 2020 MLB season, we had to quickly adapt our strategy to produce and film the ‘Bases Covered’ series entirely during a nation-wide lockdown.

As an alternative to showcasing weekly highlights from the MLB season, we adapted our creative to act as a pre-season companion, a weekly personality-led series that would ensure fans kept baseball top of mind and were excited for the season to restart. The series would teach the new fanbase the basics of the game and bring the excitement of the MLB experience to their screens.

We challenged our presenters, sports journalist Max Whittle and influencer Jemel One Five, to recruit celebrities to form their own baseball team, the ‘Bases Covered All Stars’. Each week, our celebrity guests would join the presenters to learn the rules, skills and culture around the different elements of baseball, preparing them for the final showdown - a real game playing against the UK’s best baseball team, the London Mets.

This new strategy presented us with new challenges. We had to plan and execute the campaign entirely remotely with the presenters, celebrity guests, directors, producers and editors all living in places with some form of lockdown restrictions. The series had to be filmed without the use of a production studio and our producers and directors worked closely with the talent (virtually) to guide them in filming their interviews and challenges.

In spite of restrictions, we produced 10 episodes on MLB’s YouTube channel with each weekly episode exploring an element of baseball, like batting, pitching or ballpark food, and featuring MLB superstars, celebrities and influencers who resonated with our target audience and amplified the series to new audiences.

For the series finale (with lockdown restrictions lifted) the recruited celebrities that made up the ‘Bases Covered All Stars’ team went head to head with the London Mets in MLB’s first live London event of 2020.

The campaign achieved over 3.2 million views, with an incredible 32,000+ hours watched across the series, delivering 7.2 million impressions and over 641,000 unique viewers in total. The episodes commanded an average watch time of over 4 minutes, with the longer watch times proving the audience’s investment in the content.

Our core KPI was to introduce baseball to a new audience in Europe within the target demographic, and 55% of the total Europe views came from viewers aged 18 to 34, who watched nearly 19,000 hours across the 10 episodes.

The game day match between the ‘Bases Covered All Stars’ and the London Mets was featured on CBS Sports thanks to BBC Sport commentator Micah Richards achieving an epic home run for the celebrity team. Throughout the day, our ‘All Stars’ team of celebrities published 142 organic social posts across their channels, delivering an estimated 1.75 million impressions and creating a huge amount of exposure across multiple audiences.

Audience sentiment across the campaign was overwhelmingly positive, with comments from new fans including ‘Born and raised in England and I’ve never considered watching baseball before. This might have just changed’ and ‘So cool that MLB is… trying to expand baseball’s fandom to the world!’

The success of the first series led us to partner with MLB for a second series: ‘Bases Covered: Virtual Road Trip’. 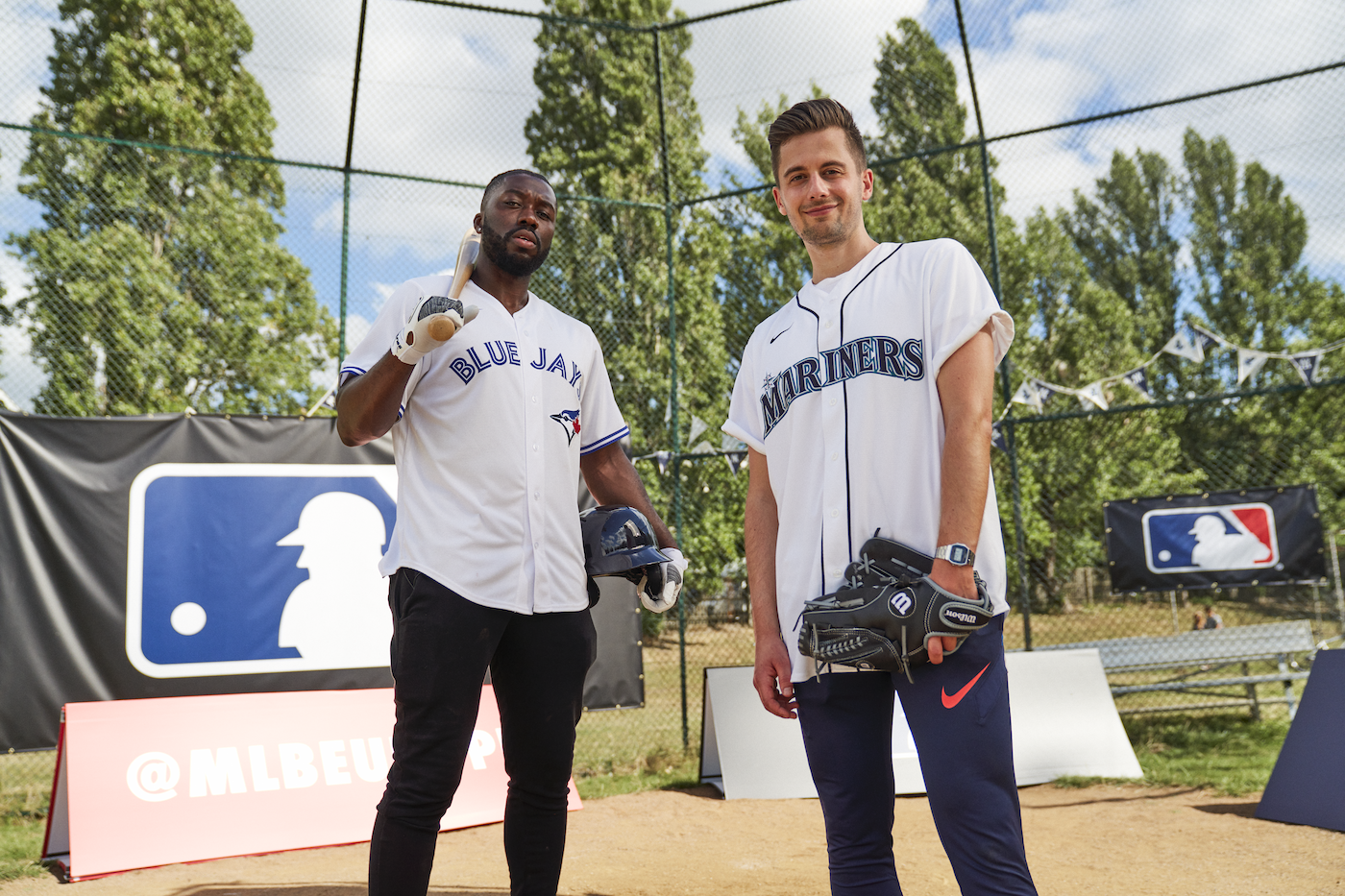 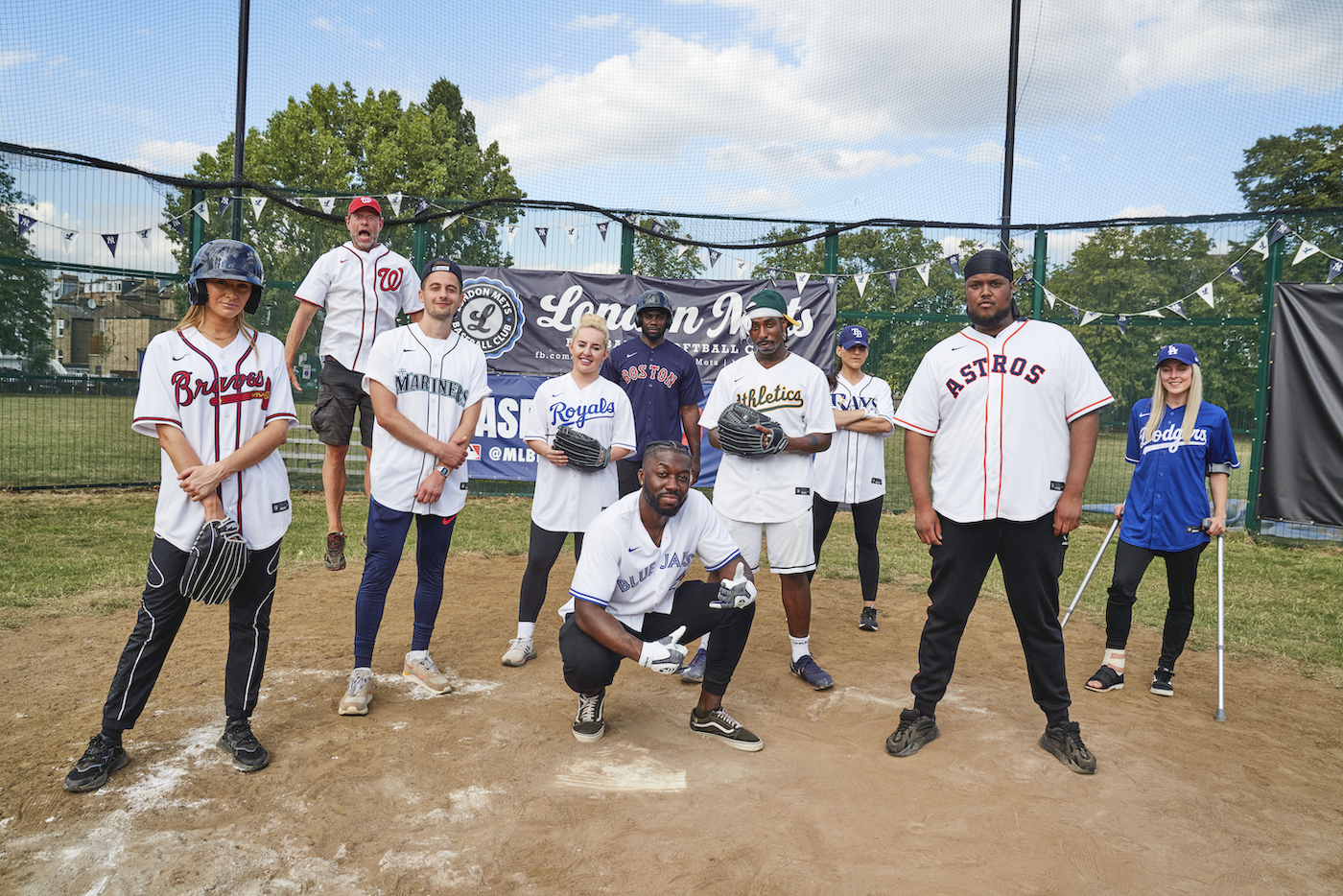