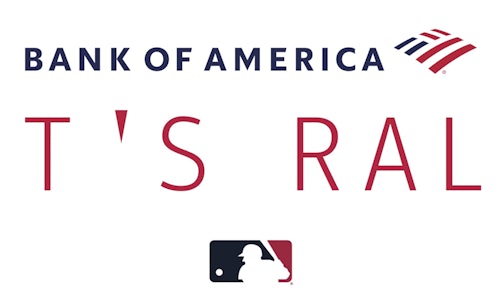 As a long-standing sponsor of Major League Baseball, Bank of America typically leverages this partnership for awareness and brand building. However, this year Bank of America re-examined this relationship and chose to use it as a catalyst for change.

The focus of the 2020 campaign shifted to help benefit Boys & Girls Clubs of America, a long-time partner to both Bank of America and MLB, and their ongoing COVID-relief efforts focused on food insecurities, virtual learning and academic programming. All with a primary goal of ensuring children, families and communities could move forward during a year ravaged with a global health crisis and social injustice.

By bringing in this cause overlay, Bank of America could not only accomplish its traditional business goals but more importantly could also positively impact those hit hardest by the pandemic. Additional metrics included content engagement, brand favorability and donations to Boys & Girls Clubs of America.

Sports, and in particular baseball, have always been a way to bring people together. They give us something to root for. They give us a place to escape to. They give us a few hours in which miracles can truly happen. But during the COVID pandemic and the subsequent cancellation of professional sports, fans across the world were left with a void that needed to be filled.

As one of the first professional team sports to return to play during the pandemic, the 2020 Major League Baseball season took on even more significance because it gave its fans hope that we were on our way to recovery. This symbolic moment was also indicative of a literal baseball moment—the rally—in which a team trailing on the scoreboard could overcome the odds to come back and win the game.

Our idea was simple: own the rally in baseball. We wanted to become the first brand to use this in-game moment as a way to help bring the nation together.  Let’s Rally was a nod to the resolve for both baseball and the nation to stage a comeback.

One of the most unforgettable moments for any fan is when a team rallies from behind to win. That’s why we leveraged this moment as a trigger for good. During the 2020 MLB season, each time an MLB team rallied from behind to win in a late inning, Bank of America donated $10,000 to Boys & Girls Clubs of America.

Next, Bank of America used its partnership with players to make an impact off the field in two distinct ways. First, the players pitched in and designed custom tee shirts. Proceeds went to Boys & Girls Clubs of America and we leveraged players’ social feeds along with CRM and online advertising to build awareness and drive sales.

And when fans needed to talk about the social injustices that were happening outside of the lines, Bank of America teamed up with ESPN and Boys & Girls Clubs of America to host a virtual event on Twitter and Youtube that aired on August 28 – Jackie Robinson Day. The discussion explored the intersections of sports, race, and culture and the role sports can play in furthering the dialogue of racial equality and social justice in America.

Through the campaign, Bank of America delivered on its goals for the community and its brand by raising over $600k in donations for Boys and Boys Clubs of America and a +37pp increase in brand favorability among clients.

The ESPN Breaking Barriers virtual event reached 46% of American Twitter users and had 735k views of the conversation in a matter of days.

By highlighting issues that matter and giving back to the community, Bank of America, through the MLB campaign, extended its reach and amplified their broader commitment to strengthening the communities that we live and work in.