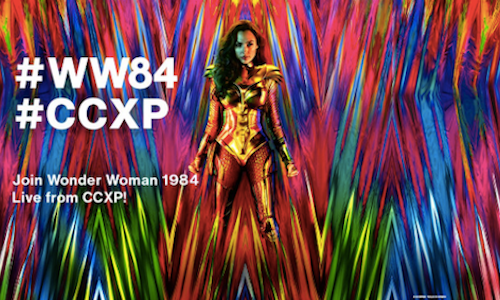 Wonder Woman marked a major turning point for the DC Universe in 2017, becoming a commercial and critical hit for Warner Bros. & DC Films. With Wonder Woman 1984 coming to theaters this June 2020 (well over a month prior to 2020 San Diego Comic-Con), Warner Bros. strategized the best way to kick off the movie’s marketing campaign. To generate buzz around the much-anticipated film, Warner Bros. decided to premiere the first #WW84 trailer at Brazil’s Comic Con Experience (CCXP) on December 8, 2019. In addition to dropping the exclusive trailer, Warner Bros. wanted to launch a global experience and invite their fans on Twitter to play a role in the major entertainment event. Warner Bros. asked fans to tweet images and messages with film hashtags #WW84 for the chance to be featured on a real-time custom Twitter Wall. Filled with excitement over the film’s trailer, the wall was displayed on eight jumbo screens inside the venue and highlighted within the show’s live stream on Twitter.

Warner Bros. chose Brazil’s CCXP to premiere the first official Wonder Woman 1984 trailer because the Sao Paulo event was the perfect place to create an inclusive, worldwide event that everyone, everywhere could participate in.

For the first time in the history of CCXP, the show was live streamed on Twitter, connecting the panel and 3,500 fans inside the CCXP hall to Wonder Woman fans around the world in real-time.

To help build the conversation across the globe, a custom Twitter Wall was created by Telescope. Images and messages were sourced from fans tweeting with the film’s hashtags and then curated during the event in real-time. Fans in the room and those viewing the live stream were able to see real-time tweets from around the world cascade down giant screens on stage and around the hall. This not only marked the official release of the Wonder Woman 1984 trailer to those at CCXP, but also to those around the world.

Leading up to the event, Gal Gadot and Patty Jenkins teased the trailer drop and live stream event on their Twitter pages. Before the panel began, fans in the audience were given a poster, a postcard and Wonder Woman bracelets. The feed was featured prominently on eight massive screens around the packed hall.

The line for the Wonder Woman 1984 panel started days before the event. Tickets sold out quickly and the most ardent fans spent around 36 hours waiting in line. The entire panel was live streamed on Twitter, lassoing in 2.4M viewers with over 50K viewers watching simultaneously at the stream’s peak!

Fan content took center stage at the worldwide trailer premiere with massive amounts of UGC displayed during the panel. The conversation exploded with over 270K+ tweets created in relationship to the event and around 400 hand-selected tweets displayed in real-time during the event.

The world was clamoring for Wonder Woman’s next foray against the Soviet Union and her formidable nemesis, Cheetah, played by SNL’s Kristen Wiig. 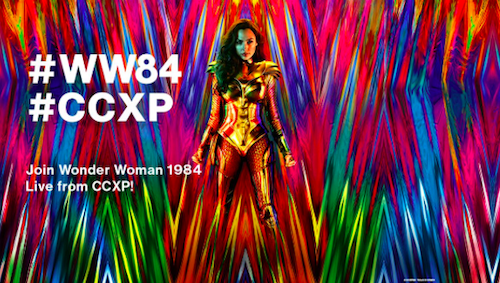 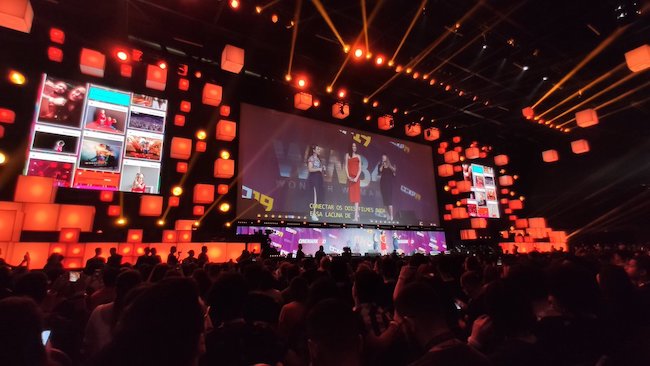 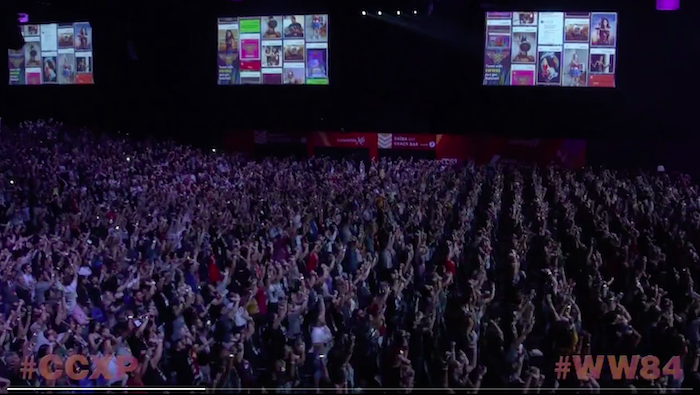 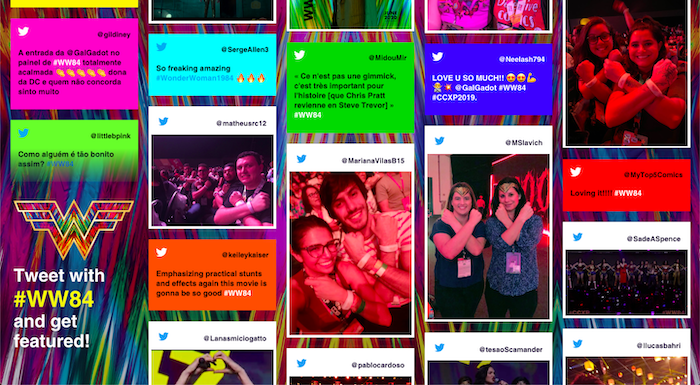 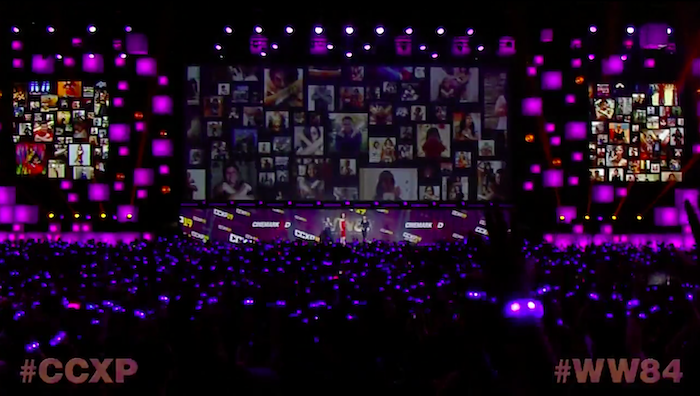 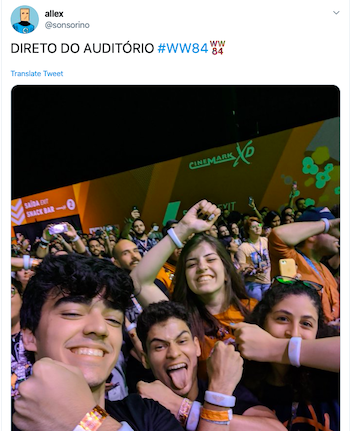 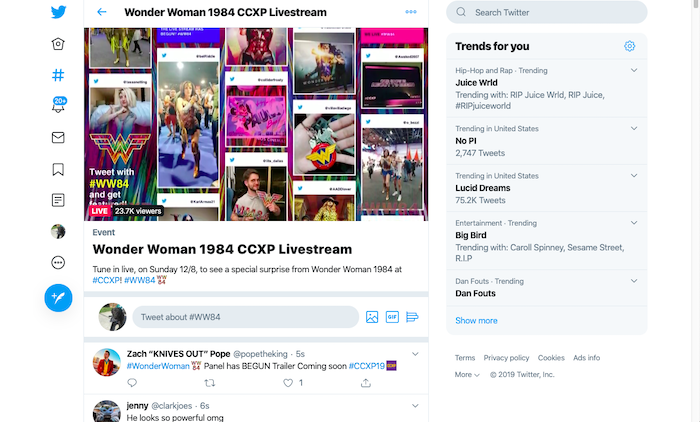