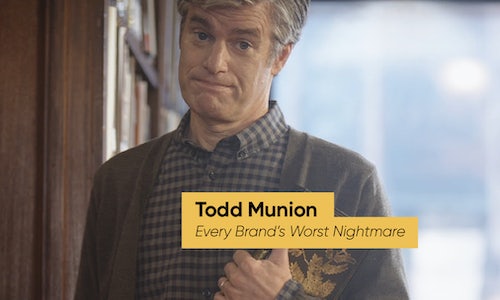 Yext Introduces Todd Munion: The Man Without The Answers

Every day it seems like there’s a new headline about misinformation wreaking havoc on society. Most believe it’s just a political or social issue. But brands also suffer at the hands of misinformation, thanks to third-party websites and unverified sources online. Hence, misinformation is a real business problem because it erodes trust between a brand and its customers.

That’s why at Yext, we want to help close the “trust gap” by enabling businesses to become the ultimate source of truth online. When their customers have questions, they should have the answers.

In our first-ever brand campaign, we wanted to shine a light on the problem of misinformation for businesses. But rather that take a serious or somber tone, we decided to take a humorous approach to how ridiculously wrong answers to everyday questions can sometimes be pretty believable.

We teamed up with legendary creative agency TBWA\Chiat\Day to create the character of Todd Munion: a living, breathing metaphor for unverified sources online that think they have all the answers. “The Man Without the Answers” video puts the character in various everyday settings where he interrupts people having conversations, or simply trying to eat a meal in peace, with outlandish – but somewhat believable – “facts”.

The idea was to create a persona that is highly relatable. Everyone knows someone like Todd Munion – he’s the guy at work, on the bus, or standing in line at Starbucks who has to chime in.  He’s our antagonist, but an innocuous one who might be a little bit lovable. And we wanted to create ordinary situations where his “Toddsplaining” left people bemused – just like 3rd party websites or “online experts” often do when you’re seeking out information on the internet.

We launched the campaign across the following channels:

Organic Social: A series of teaser images that led to the drop of the ad on the first day of ONWARD19, our annual conference. The teaser involved mysterious "misinformation" messages shared on Yext's Instagram and Twitter accounts.

The impact led to...

Video for Yext Introduces Todd Munion: The Man Without The Answers 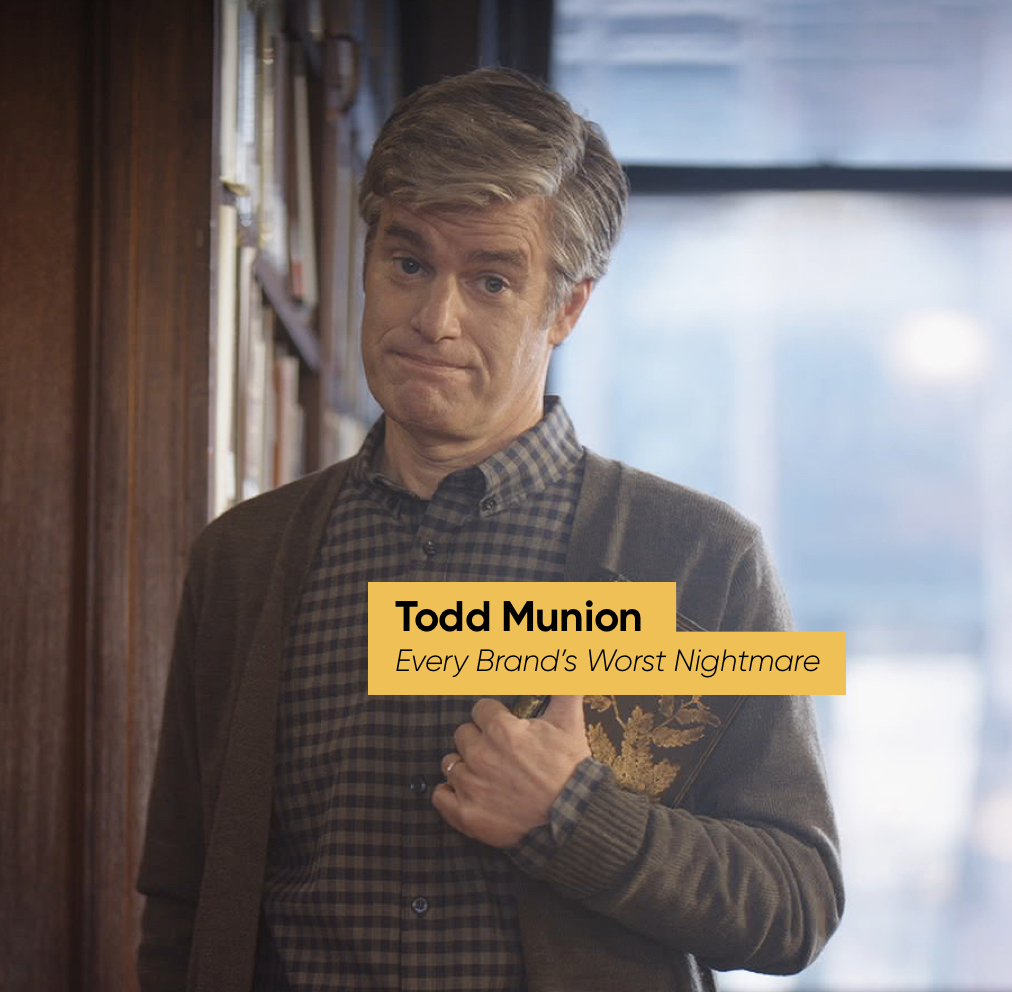 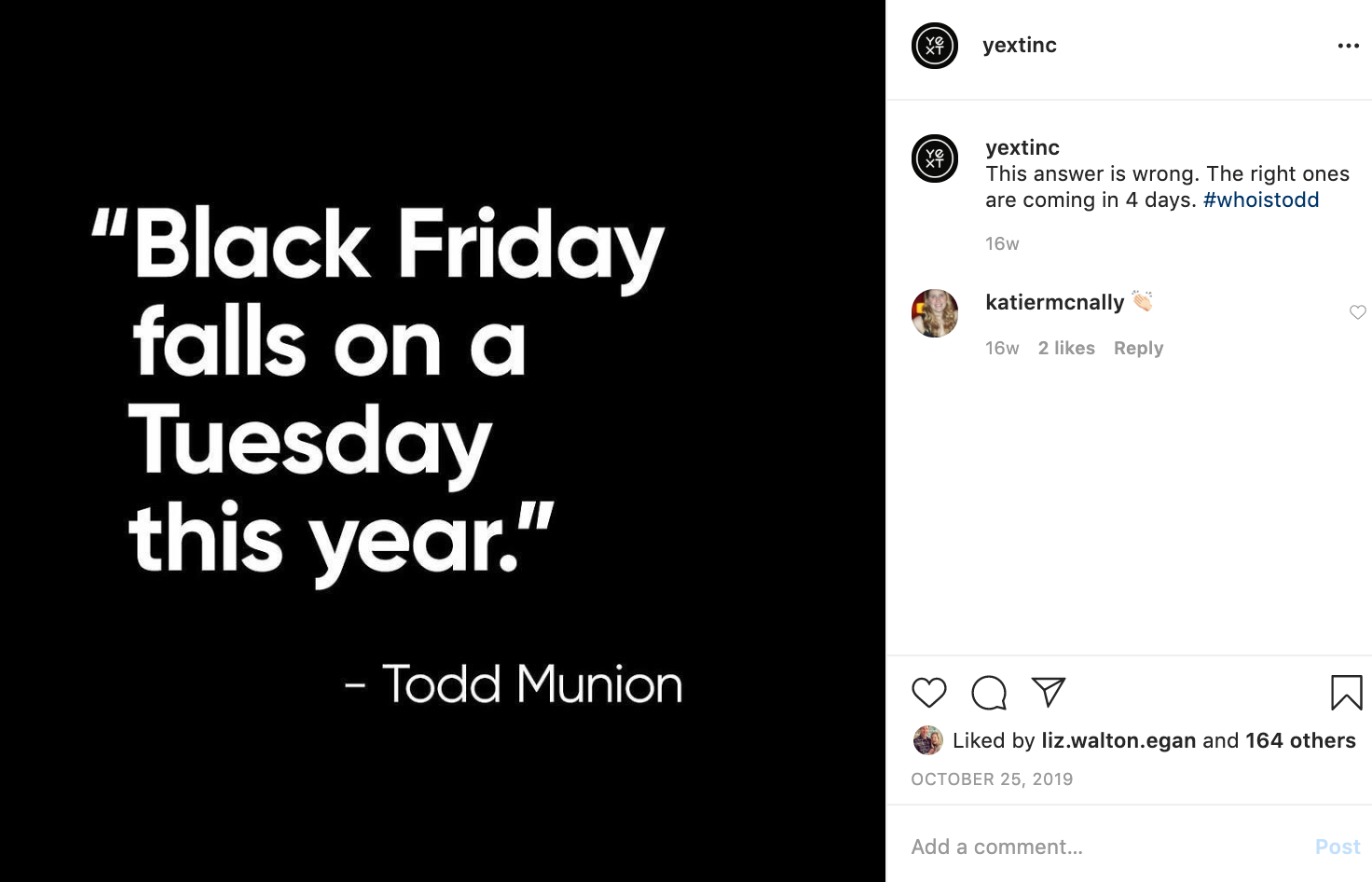 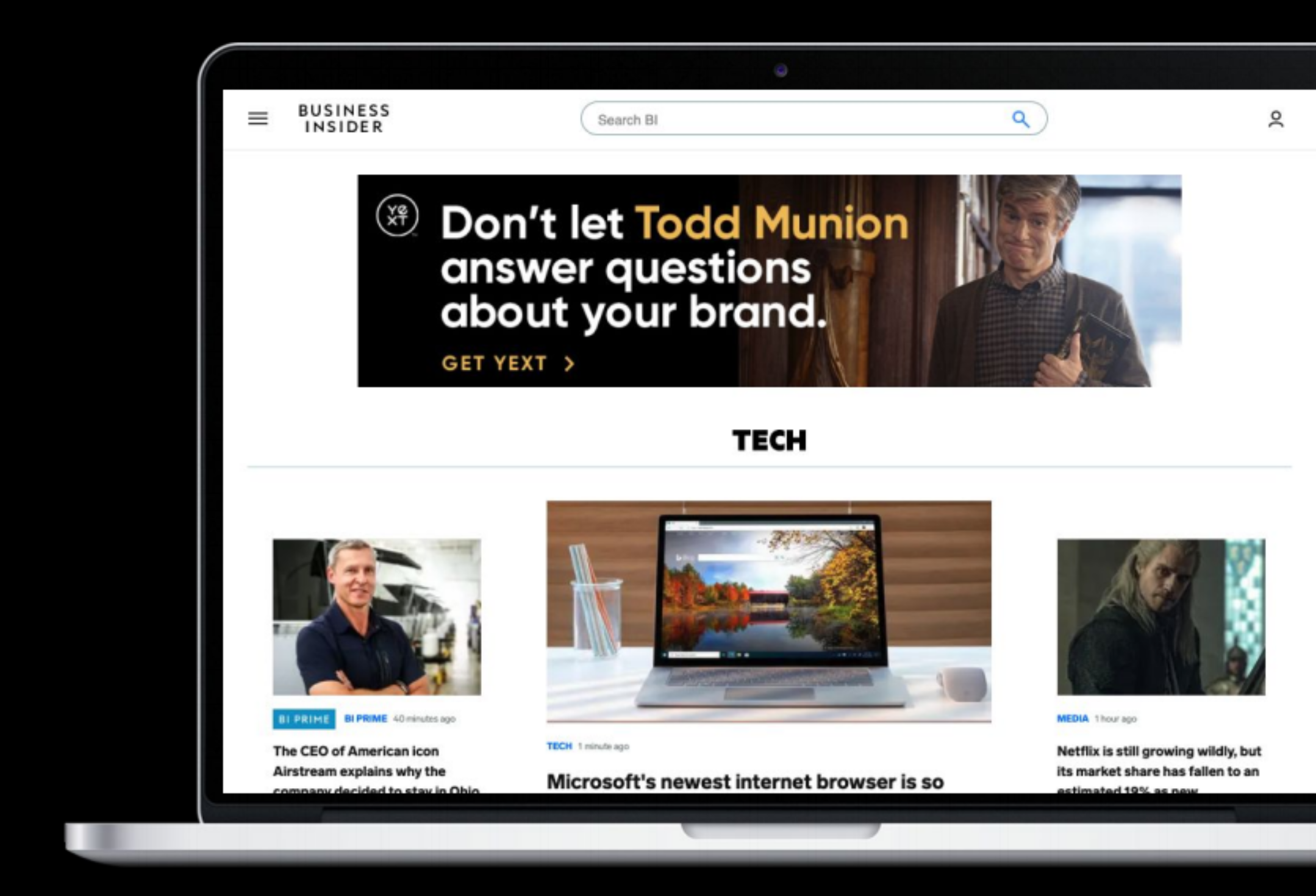 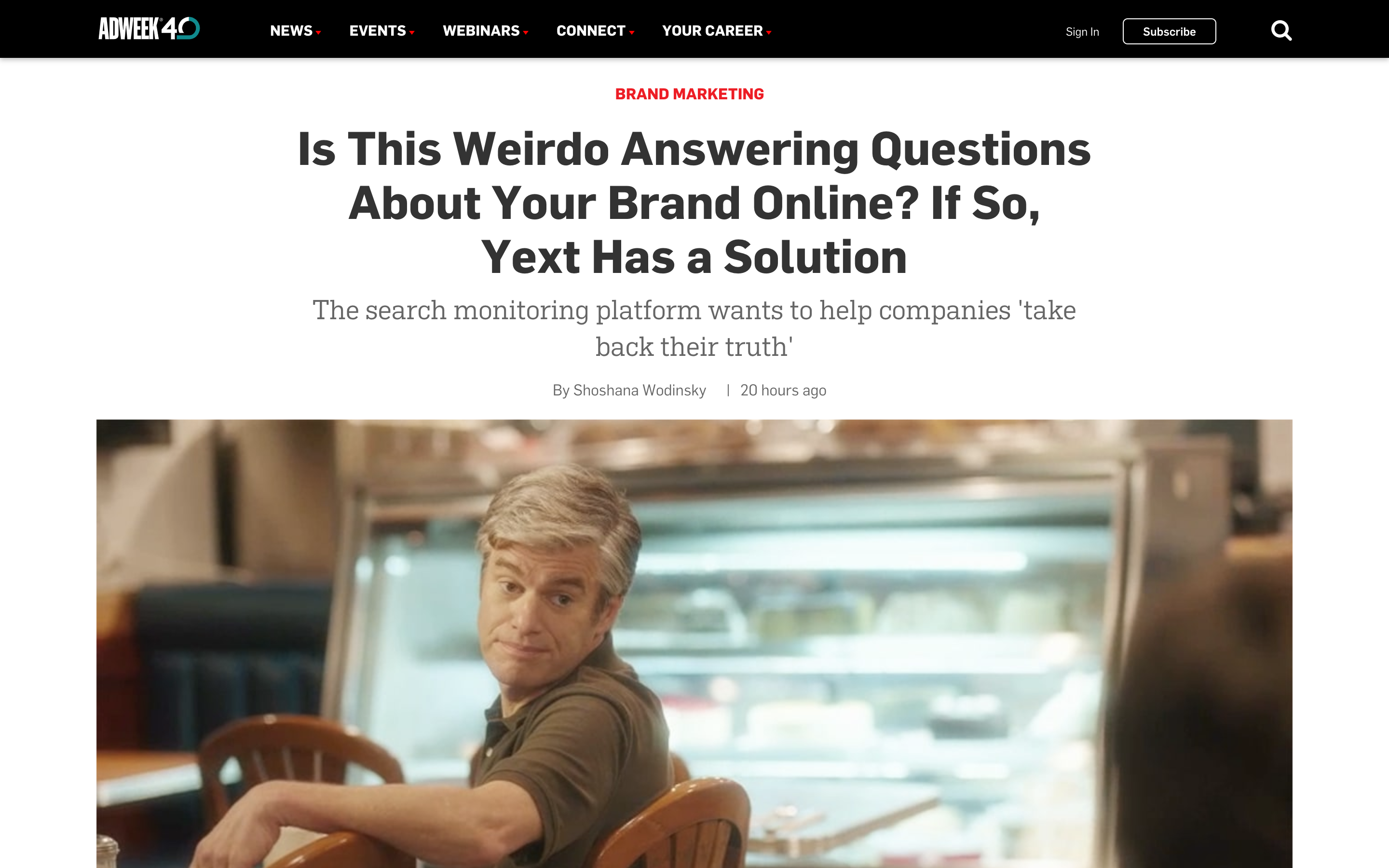 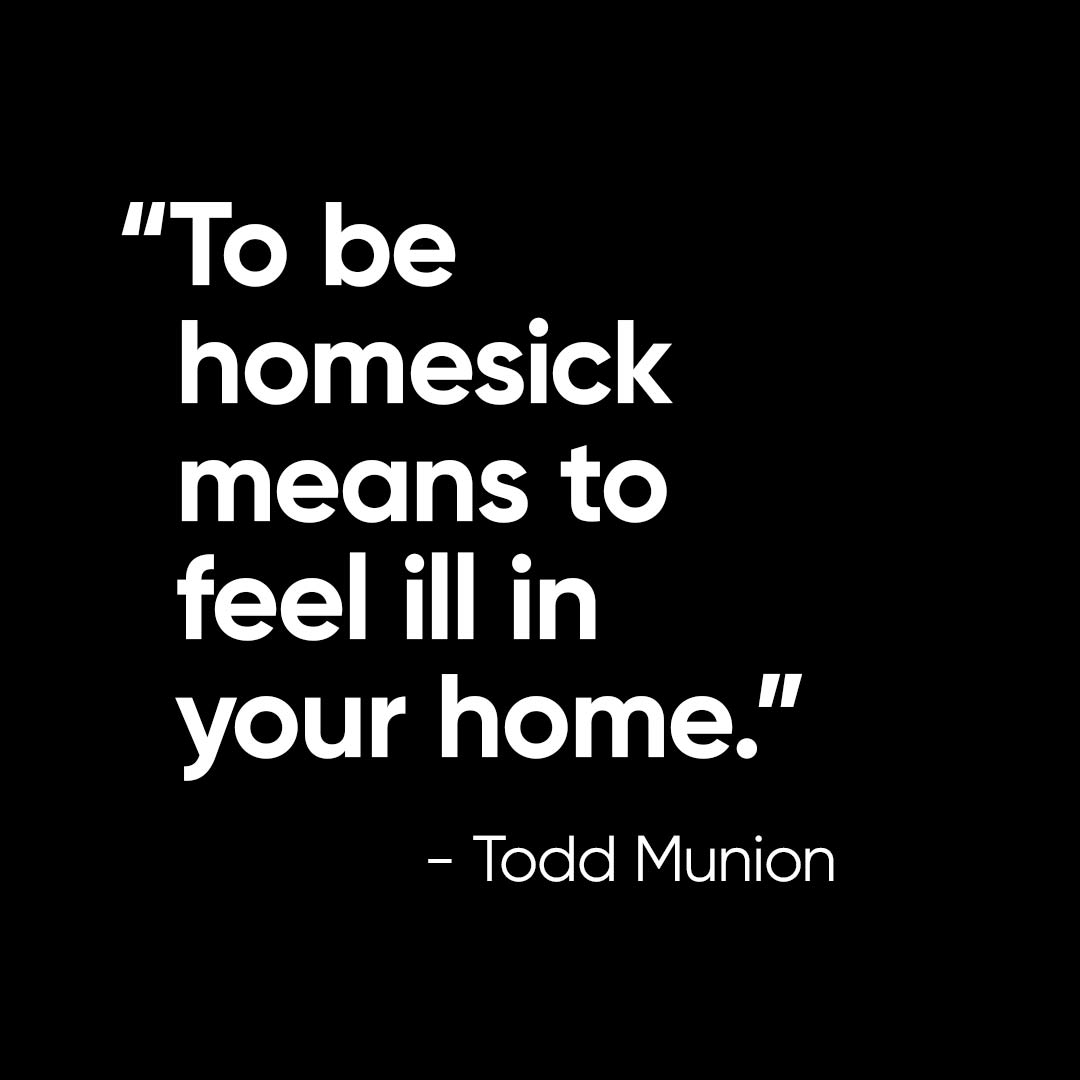 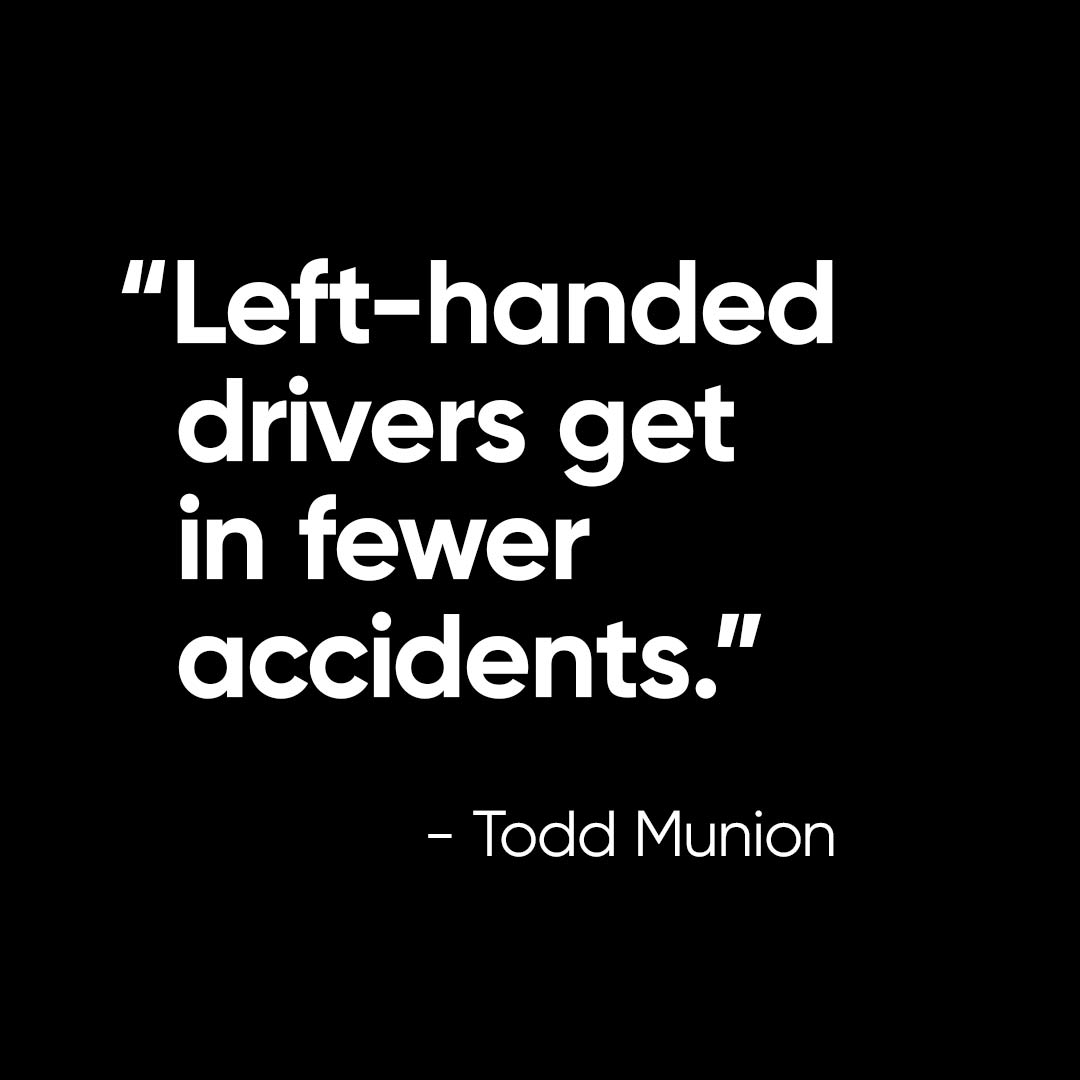 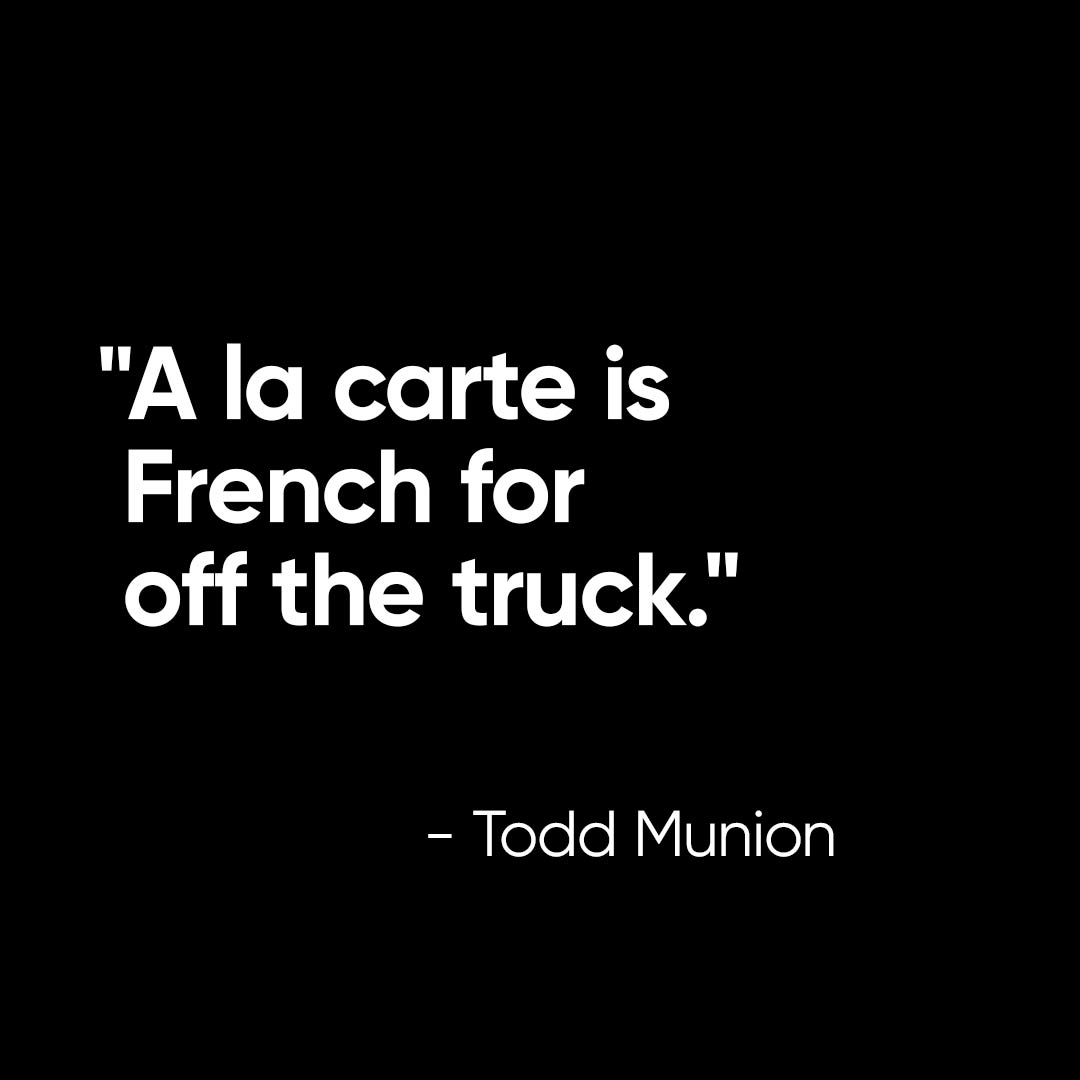 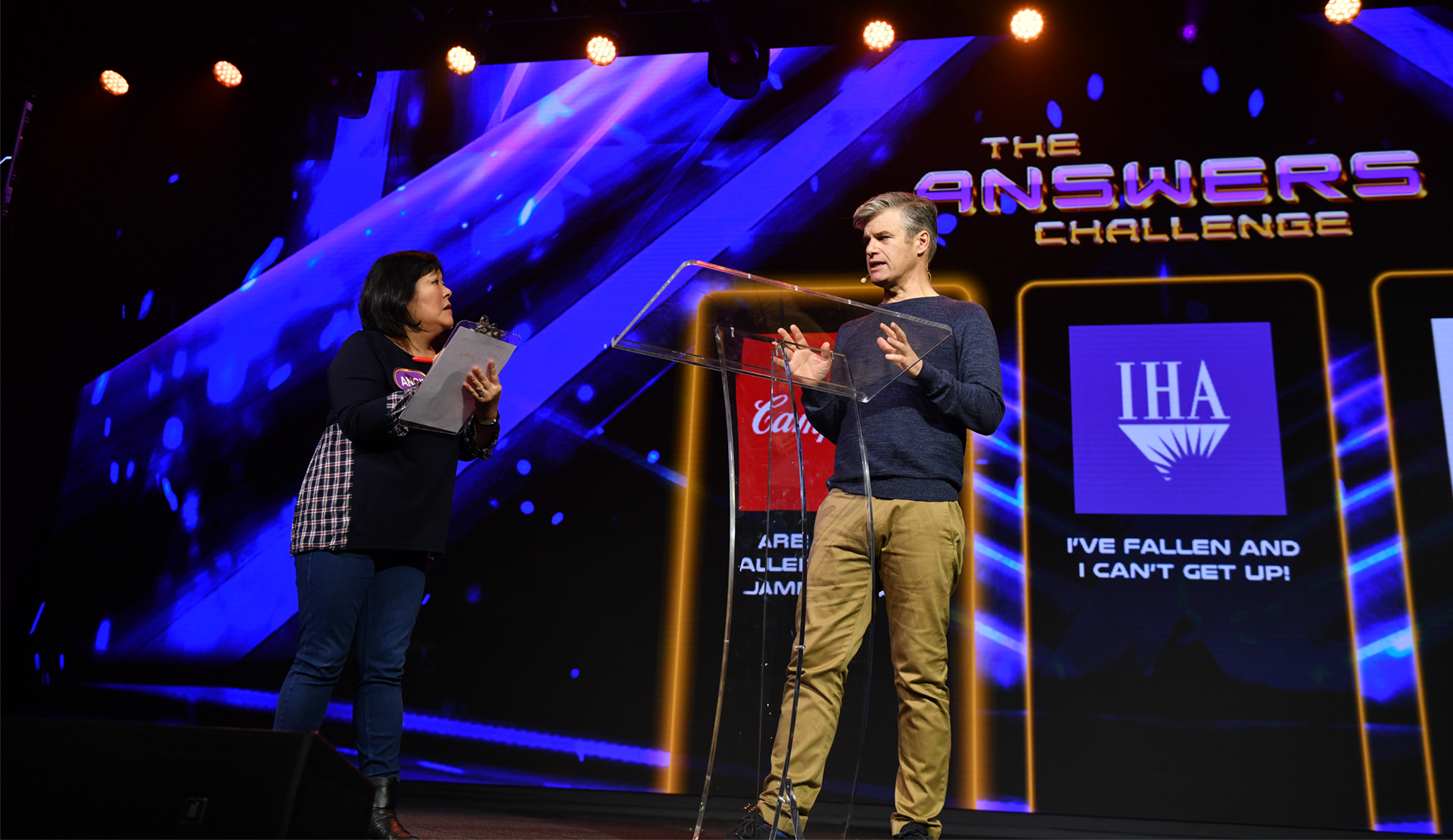 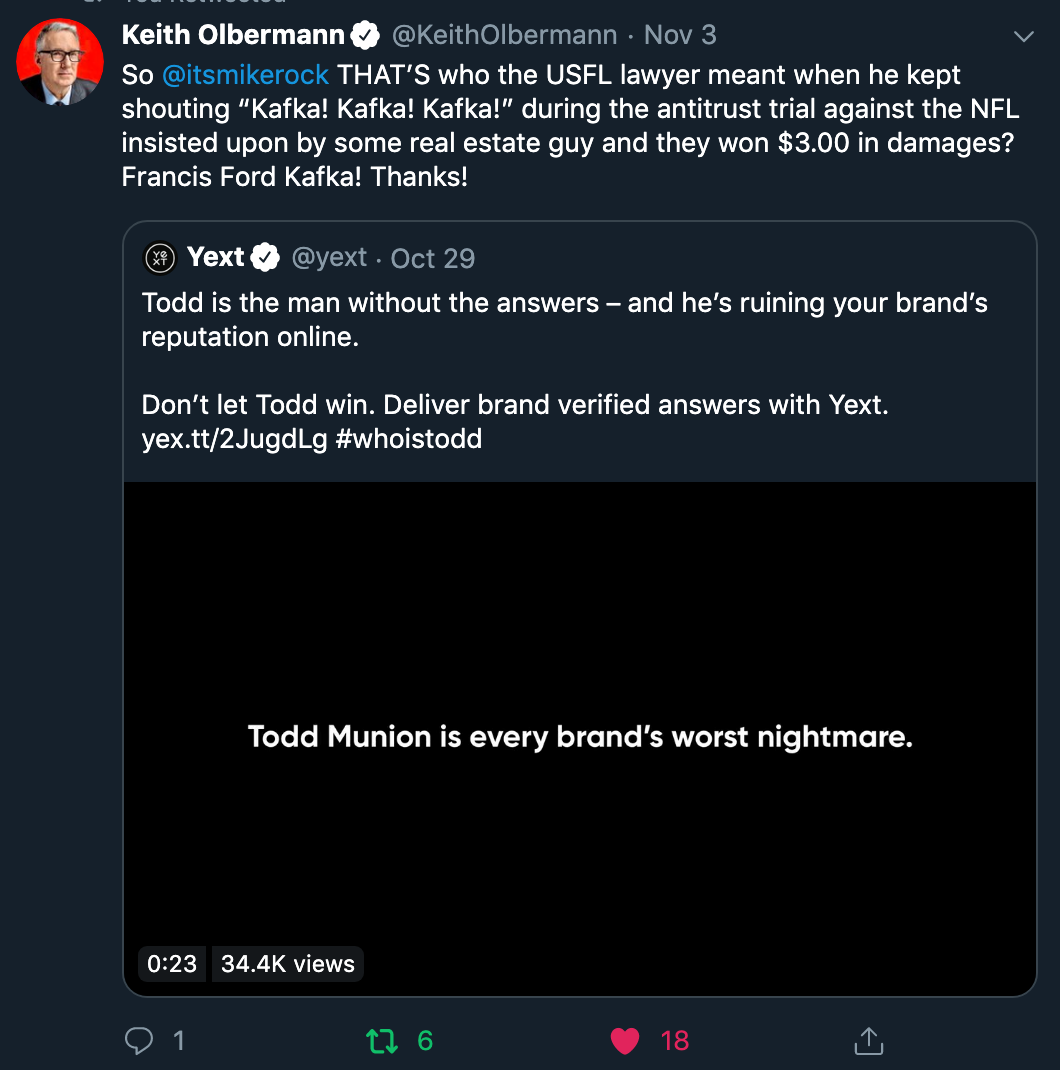