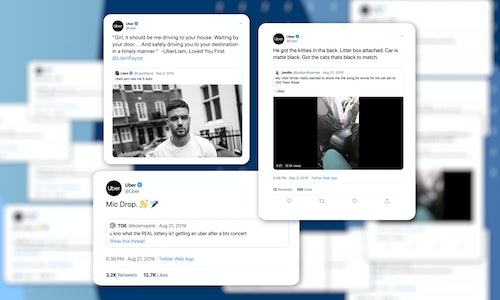 Did your ride have a funny aroma that you hated? Tweet.
Did your driver sing a song that you loved? Tweet that too.

Uber's Twitter is full of real-time complaints and compliments. The question is, which will the Twitter-verse be paying attention to? Our job was to make sure it was the compliments.

So, we started a campaign to retweet the funniest, sweetest, and most relatable Uber tweets to shape the daily conversation in our favor. And along the way, we uncovered some real gems from the likes of Liam Payne, Lil Nas X loving drivers, and even K-Pop royalty BTS.

Shifting the conversation on Twitter was a marathon effort, so we strategized for the long game: Listen. Write. Retweet. Repeat. Every real-time retweet was one step on our way to the finish line, and after 100's of them we set a winning pace.

The implementation was simple and effective.

We knew from social listening that positive Uber tweets were flying under the radar all the time – we just needed to surface them. So we scoured Twitter every day for tweets that talked about Uber in a positive light. From there the best ones were greenlit for a retweet and response.

For tweeters with small followings, our strategy with the retweet was to elevate them. Now instead of just 35 people in Kansas seeing @RegularJoe tweet "This Uber b BANGIN! Playlist was 🔥", 350,000 people across the globe would see it.

And when real blue-check-verified celebrity tweets rolled in, we rolled up our sleeves and dug deep into their backgrounds. Lyrics. Fan memes. Twitter beefs. Everything was game. We got into the headspace of their followers so that we could add to the conversation with thoughtful responses designed to build engagement. And we did it all in real-time.

Finally, it was time to let the retweets loose. Day after day, retweet after retweet, we started to shift the conversation and take another step in our marathon effort. Sure, the trolls were still out there, but now our fans were getting a bigger share of the discussion than ever before.

Was it a success?

And the campaign is still going strong today! 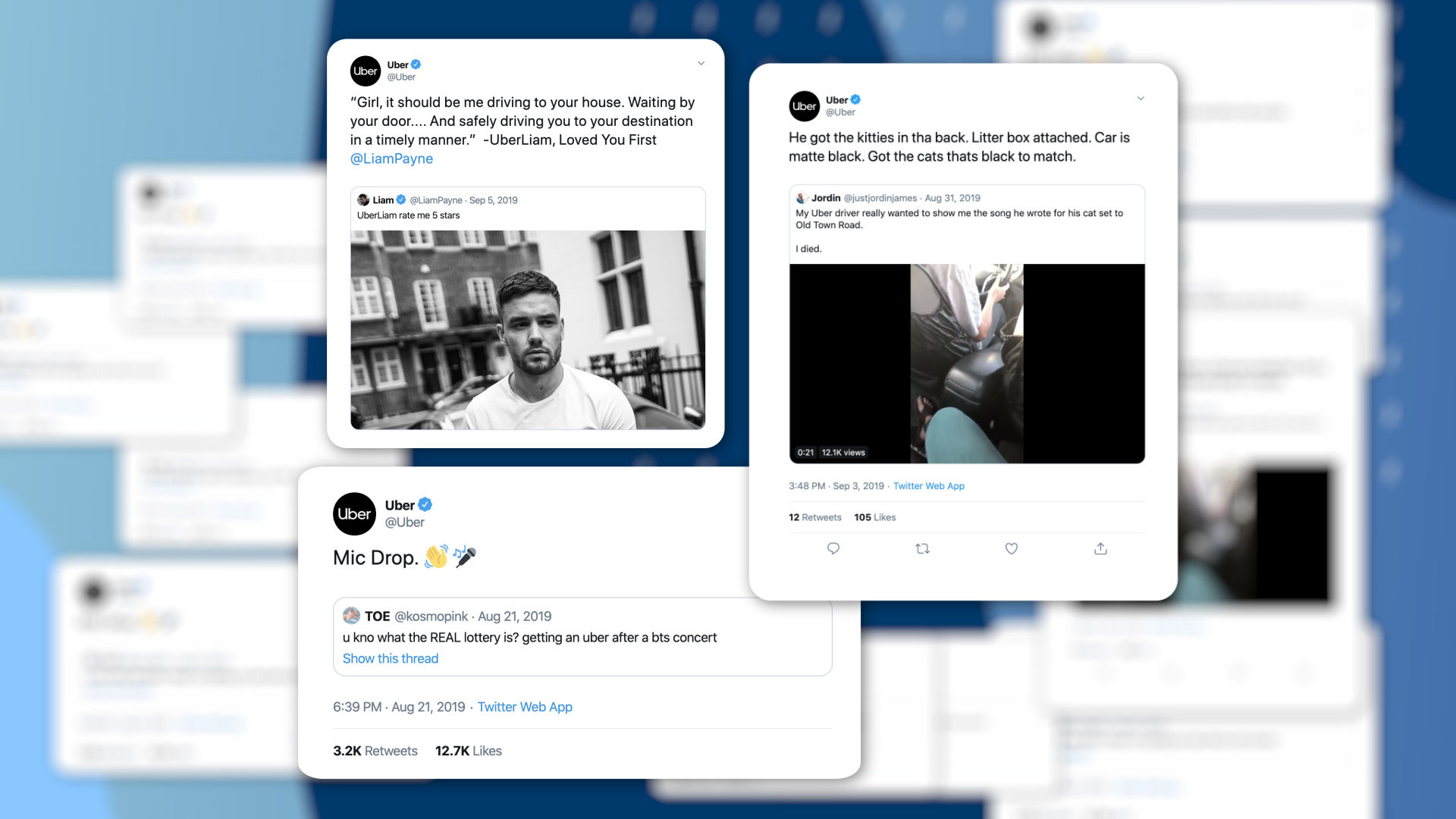 We Are Social, Uber