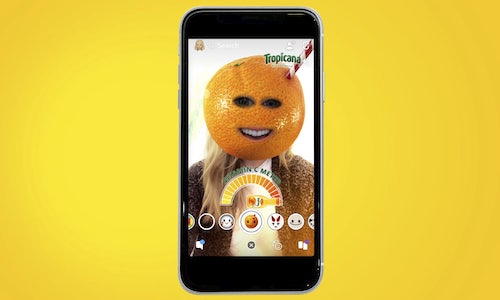 In the orange juice category, there is heavy brand switching among consumers. It’s difficult for brands to differentiate themselves, even category leaders like Tropicana, as consumers see them as very similar.

So, we wanted to turn consumers’ orange juice choice from passive to active. That meant prioritizing our key messages and benefits in a way that relevantly brought our brand positioning of brightness to life for our consumers.

To do this, we developed a Snapchat AR Lens – the Tropicana Vitamin C Meter – to reach and engage with our audience in a new, exciting and differentiating way.

Snapchat had served as an efficient reach platform for Tropicana with Snap Ads in the past. Now we saw the opportunity to take our presence on the platform further with a multi-format campaign to drive higher sales lift and engagement.

Additionally, three billion Snaps are taken on the Snapchat Camera every day! By leveraging ad units in multiple placements, in Snapchat’s Explore and Camera, we would extend our reach to users who may only use one or the other.

So, creatively, how do we clearly communicate Tropicana’s brightness, and Vitamin C benefit, with an immersive experience within our users’ phone screen? And, actually get them to engage with us?

The Tropicana Vitamin C Meter enabled us to do all four.

Within the Snapchat Camera, our consumers swiped to apply the Lens to their selfie. A meter of Vitamin C, with a bottle of Tropicana as the ticker (of course), appeared below their face, and they were prompted by Snapchat to “Smile!”

As they smiled (a cue to Tropicana’s brightness 😊), the Tropicana bottle moved from left to right, and their faces began to glow. Once the bottle made it to the right-side of the meter, their glowing faces suddenly turned into an orange, and the iconic Tropicana red-and-white straw appeared in their now orange head.

And, to help people find this little moment of brightness in the platform, we ran a CTA-style Snap Ad among our in-feed Ads, encouraging our consumers to “Swipe Up to Shine with Vitamin C!”

We successfully engaged our audience with a playable unit that captured Tropicana’s brightness and Vitamin C benefit, all while differentiating us and making consumers’ orange juice choice an active one. 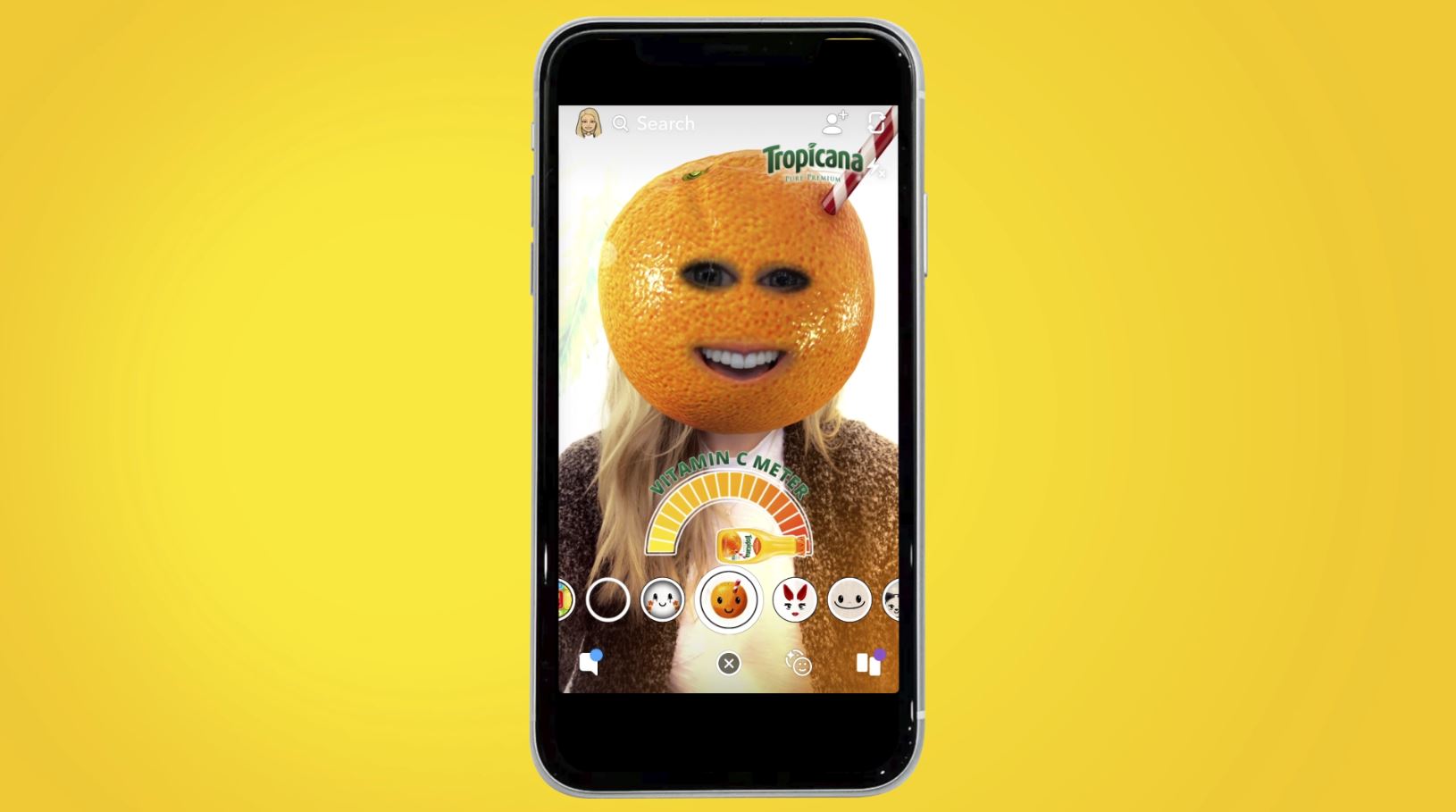 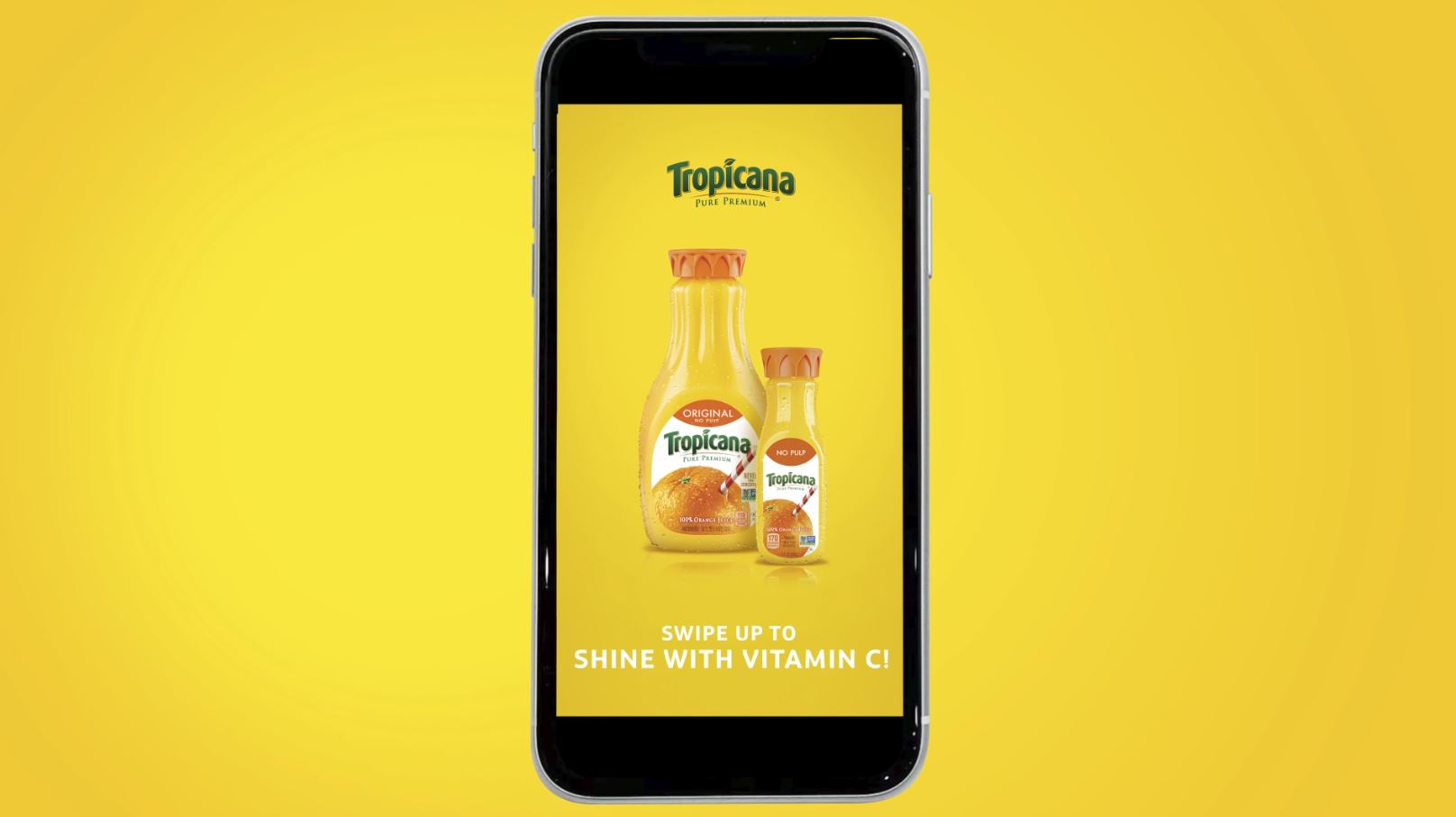