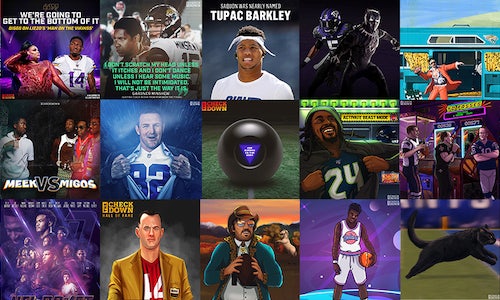 The Checkdown is the intersection of culture and football. We emphasize helmet-off, personality-driven content about athletes and tell football stories in a lighthearted but energetic tone. Ultimately, it is our goal to introduce a younger generation of fans to the game by covering stories and personalities they care about.

Outside the lines of the game, we prioritize four cultural verticals for our storytelling: fashion, gaming, movies/TV, and music. With every piece of content we create, we ask ourselves if the personality featured would want to share it on his/her own channel. Using this method, we’ve earned shares from Shaq, The Rock, Ciara, Tom Brady, Saquon Barkley, Lebron James, Chrissy Teigen, and many more integral figures in the football culture realm.

We dominate live coverage of every single game of the NFL season, college football season, and the best of the best in high school football. Using original animation, digital illustration, NFL-owned footage, and premium graphics, we cover the most meaningful storylines across our sport.

By utilizing our Live Content Coordinators program, we have sent videographers and photographers to capture football, music, fashion and fitness events in neighborhoods all over the country and world. Also, we leverage our Player Social program to produce original content directly with some of the marquee players in the league.

This season, we built out an expansive library of influencer content, including original content productions with all genres of influencers. For instance, we’ve created features with Stone Cold Steve Austin, Dababy, King Bach, Ninja, Julius Dein, and many more.

Our product is premium social content that connects the hottest trends in culture and football.

We’ve ignited the world of NFL fashion, once outshined by NBA stadium entrances. But with the launch of our Fit of the Week illustrations, we’ve got marquee players like Deandre Hopkins and Mark Ingram asking for features of their outfits.

We’ve worked personally with the most popular gamers, including Ninja, Tfue, TimTheTatman and more, creating original content and having them take over our account. We helped announce the Fortnite NFL skins, announced the Madden 20 cover with Patrick Mahomes, and announced Michael Vick’s comeback in Madden 20.

Our series “Rap Names” has featured the hottest and most legendary rappers in the game, from Dababy to Snoop to WuTang to Kodak Black to Ice Cube.

Our posts have helped to create some of the biggest popular-culture storylines in the football world. This year, we have more than doubled our audience. With this massive growth, we have maintained our engagement rate. Since January 1, we maintained a significantly higher engagement rate than our competition in sports social. 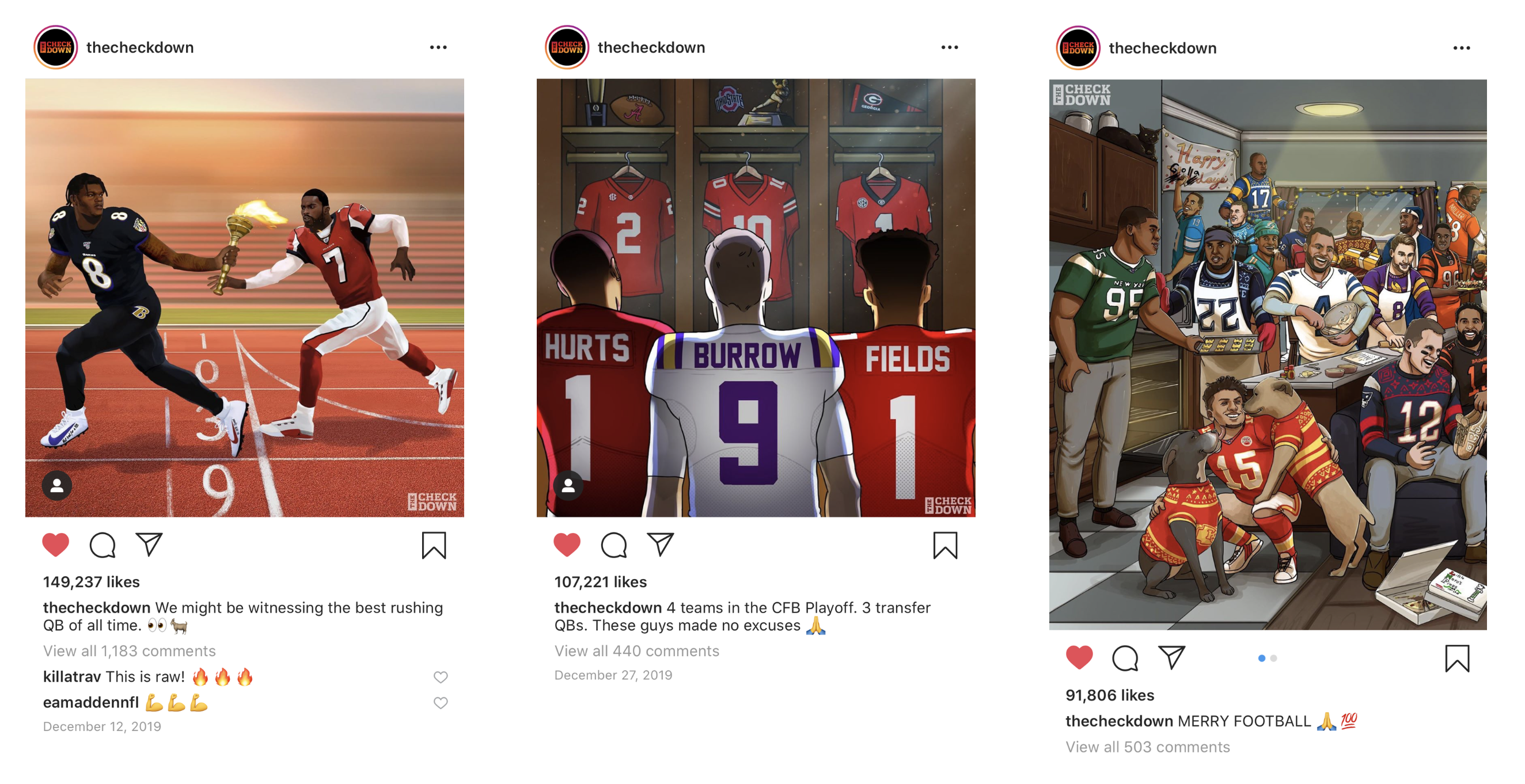