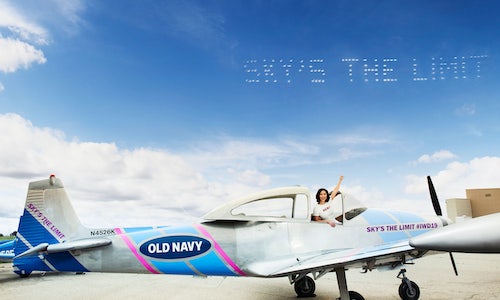 In the year prior to 2019, Old Navy made a mark on International Women’s Day (IWD), creating an agenda-setting stunt by flower “empowering” all of the shero statues in New York City. In 2019, Old Navy set out to craft an even more headline-grabbing activation to authentically represent the brand’s commitment to gender equality.

Old Navy’s goal was to use the campaign to participate in the cultural conversation of International Women’s Day with a multi-city, cut-through activation that championed women’s empowerment while authentically reflecting the brand’s DNA.

Sharing the brand’s narrative was critical to this activation, as it showed Old Navy’s inherent credibility to participate in the cultural conversation. We achieved this through key messaging including:

Old Navy knew it had to kick off the campaign in a big way. It partnered with trailblazing actress Lana Condor alongside Suzanne-Asbury Oliver, the nation’s only female professional skywriter. The #skysthelimit message was supported with a robust influencer program with over 55 creators and custom “Women’s Day Every Day” Facebook Story filters, to engage fans across the country and encourage impactful social conversation.

The brand took its stance to the sky, sharing inspiring messages in skytyping over Los Angeles, San Francisco and New York City. The SKY’S THE LIMIT campaign encouraged women and girls to look up and be inspired, not only on International Women’s Day, but every day with empowering phrases in the clouds including “SHATTER THE CEILING,” “WOMEN’S DAY EVERY DAY,” and “THE FUTURE IS FEARLESS,” among others.

The campaign resulted in more than one billion earned media impressions, including broadcast coverage in E! News and articles on People.com, TeenVogue.com, Adweek and USA Today, among others. The massive reach helped of the campaign helped Old Navy surpass goals for brand awareness and love. A brand study revealed significant lifts among social audiences in ad recall (+89%), favorability (+229%), and intent (+110%).

The goop partnership thrived, with more than 651k podcast listens (all episodes but one outperformed goop’s benchmarks by at least 15%) and an average of 2 minutes and 37 seconds spent on custom editorial content (beating benchmarks by 58%). 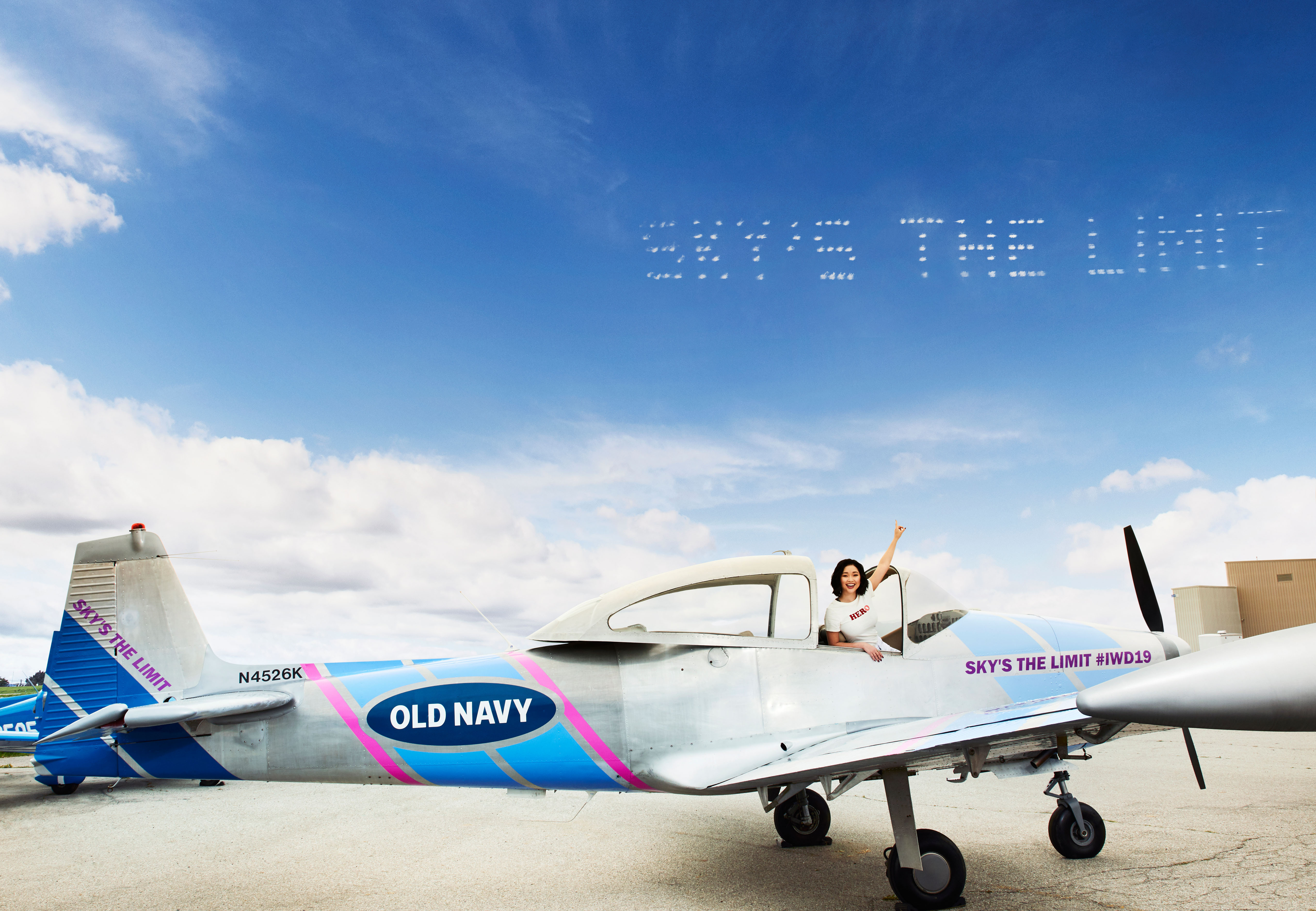