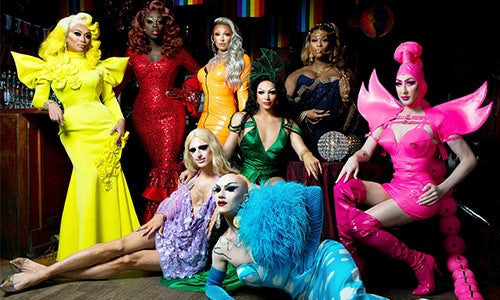 The riots at The Stonewall Inn in New York City 50 years ago marked an act of rebellion by members of the LGBTQ+ community. That history, until recently, has diminished the leadership of trans, non-binary and drag queens in Stonewall's legacy. We wanted to elevate the Queens from RuPaul’s Drag Race and solidify the monumental importance of the show in Queer Herstory while serving our fans content the entire community would find important, insightful and beautiful.

What better way to connect the importance of the franchise to the constant march towards queer equality than by visiting the place where the riots began? Our content strategy was to over-serve the Drag Race fans by providing content on every digital platform, developing a beautiful 360 campaign and connecting it to the symbolic heart of the movement.

It was important for us to shoot at The Stonewall Inn to commemorate the 50th anniversary of the riots and the start of the modern LGBTQ+ movement. We gathered together eight legendary queens from RuPaul’s Drag Race, choosing those who best represented the meaning of each of the colors of the original pride flag. Each color symbolizes something integral to the community – sex, life, healing, sunlight, nature, magic/art, serenity and spirit – and we asked each queen to reflect on their color and to speak personally on the importance of it to the larger LGBTQ+ movement. Fashion photographer Marco Ovando was hired for his experience with shooting drag queens in fashion.

The campaign revolved around the beautiful videos we captured, including the eight Queen portraits and an extended behind-the-scenes piece, all of which lived on a custom microsite serving as a dedicated landing space for the content. Elements were also featured on Instagram, Twitter, Facebook and VH1’s YouTube channel. Additionally, on Instagram we built out a cohesive grid featuring video, quote cards, and stunning still images of each queen taken by Ovando. Our execution strategy took the form of a “Beyonce drop” – all content was launched in real time.

With nearly 3 million video views, 1.5 million engagements and almost universal positive sentiment, #DragRacePride was a great success. By placing the Queens at Stonewall, we connected where our community came from with where we are now in the march for equality, while at the same time delivering beautiful and inspiring content to our viewers. 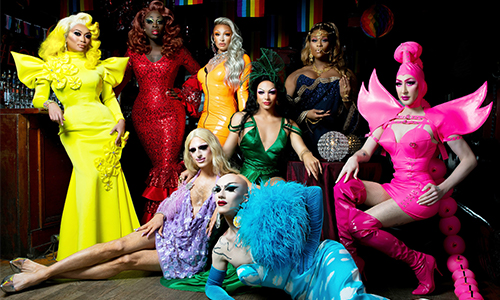