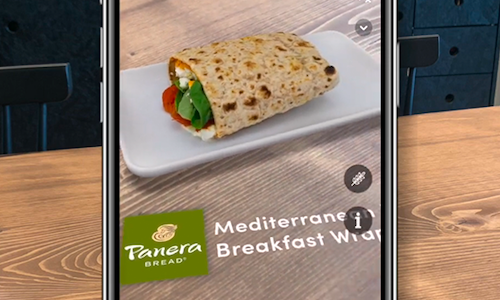 We approached Panera with a white space opportunity in a medium that, admittedly, has stagnated. Digital display, the banner ads we all love to ignore, has become overlooked, resulting in low engagement rates across the board.

To make matters worse, advertisers treat display and social like separate entities, totally ignoring that connecting the ecosystems would result in a tremendous boost in reach and engagement.

On the heels of a major iOS update which enabled an AR native function, at scale for the first time ever, we created a new ad format that connects mobile display, augmented reality, and social.

The ad enabled frictionless sharing of AR experiences through iOS, Android, or directly to Instagram, Snapchat or Facebook. And most importantly, consumers didn’t have to download a thing.

Users tapped on a mobile ad to instantly place a Panera wrap anywhere in their environment. A further tap on the wrap then animated, allowing the user to interact with the full list of fresh ingredients. They could easily open and share the ad’s content directly to their social platforms and in the process, create earned amplified reach across social.

Our goals were three-fold. First, to work with an innovative partner like Panera in delivering a new ad experience on mobile that focuses on technology and user behavior, not real estate or basic video format.

Third, to develop a mobile AR campaign that proves users are willing to engage with creative ads that feel more like the social content they are currently engaging with than what they otherwise typically ignore.

The odds were stacked against us. To go all in, GLOW would be reviving our digital display division - a service offering that helped build the agency in our early days. We needed to become our own ad platform to serve this experience, and through our innovation lab at GLOW we’ve developed Composite, which is the platform that can serve these mobile AR experiences at scale.

We were also faced with creating something that had never been done before. The technology to even dream of an ad unit like this had only launched weeks prior with the latest iOS update which allowed this native function at scale for the first time.

With all wheels in motion, we were ready to launch.

We saw users clicking at a record rate. In the ad unit’s first week alone, CTR for unique user reached 5.08% across mobile iOS. Compared to the standard industry benchmark at 0.05%, our little AR unit performed 101x over standard banner rates.

Of course it did. Viewers had never before seen anything like it. The format was a first for the food industry - and for many industries - proving what we knew all along: if you break the norm, your audience will eat it up.

An entire earned media amplification arm through digital was born. By allowing users to share the creative seamlessly to their social platforms, we saw social captures and shares reach 1,209 across Facebook, Instagram and Snapchat in the ad’s short, 7-week run. 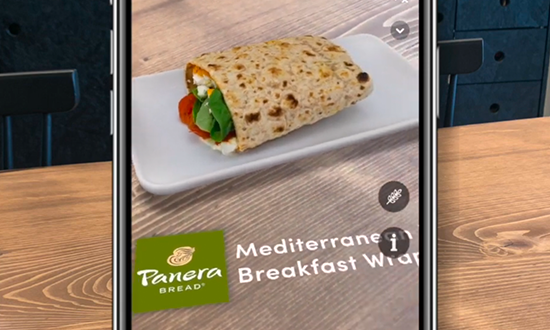 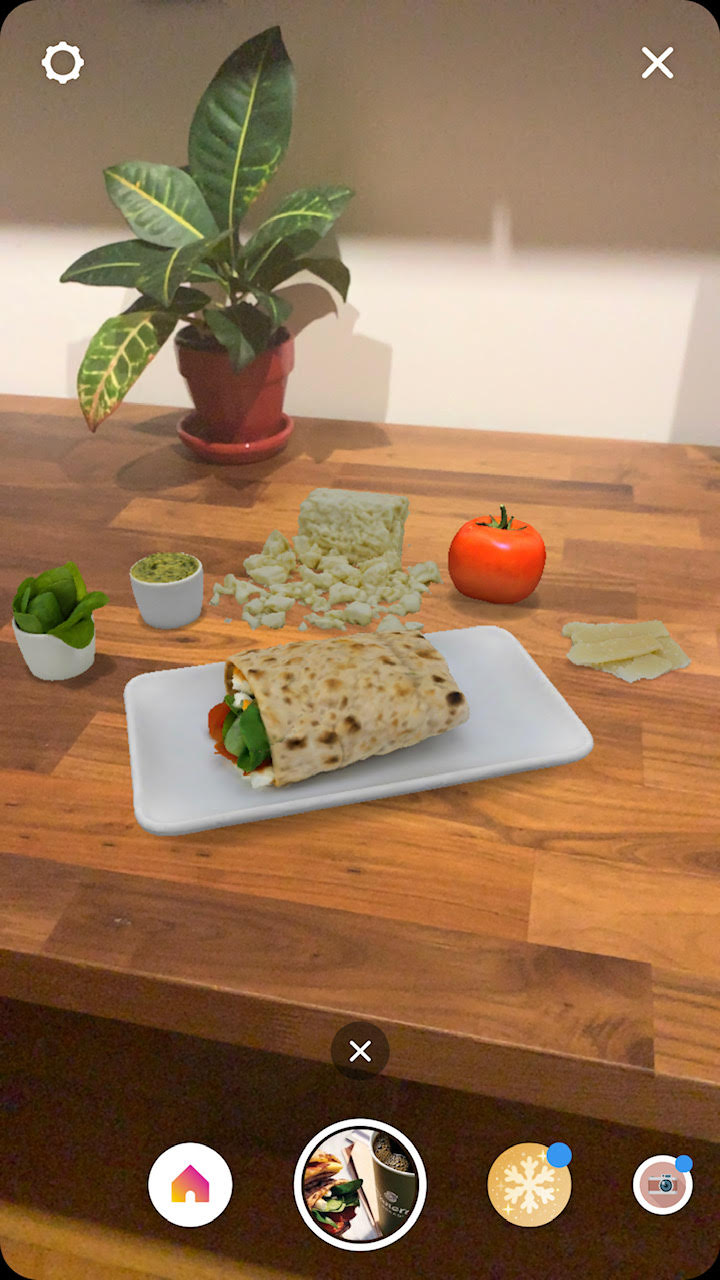 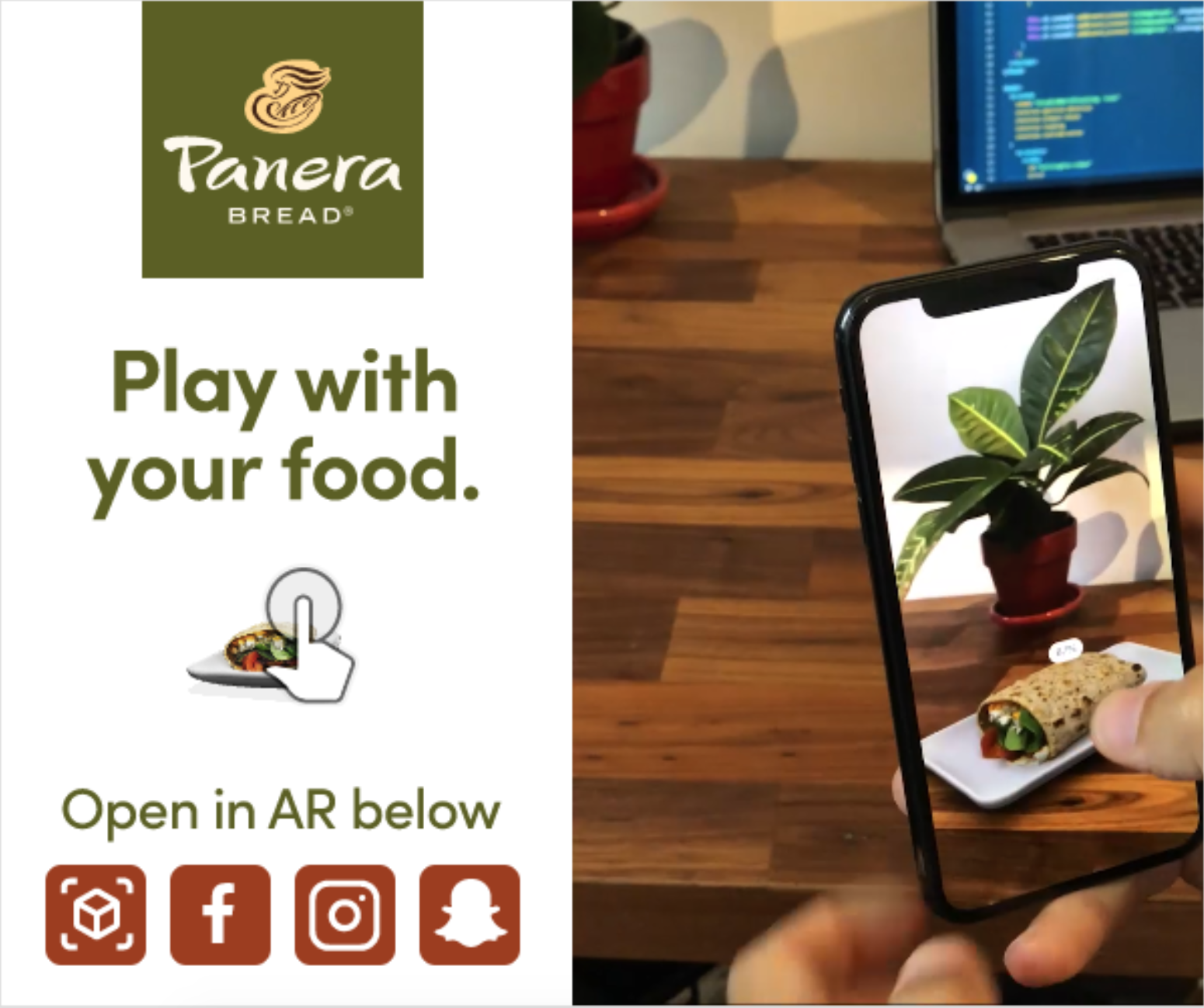