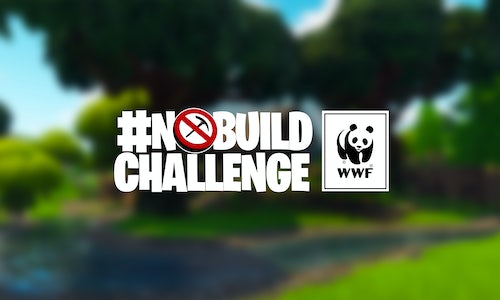 The depletion of the earth's natural resources is a major problem which humanity must fight against to save the planet and its inhabitants. Yet every year we continue to use more natural resources than the earth is able to offer.

Highly aware of environmental issues and determined to make its voice heard, young citizens have been actively protesting in the streets and using social media to urge governments worldwide to do something about climate change.

WWF France decided to help them take action and to carry this message loud and clear among them.

As young audiences are difficult to reach with traditional advertising and don’t react well to intrusive brand messages, we chose a way to engage them where they are: within Fortnite, a video game played by 250 million gamers for an average of between six and 10 hours a week.

The WWF France #NoBuildChallenge disrupted the world’s most popular eSport – Fortnite – with the first ever eco-friendly challenge.

To help young people engage with one of their greatest issues of concern, WWF France wanted to illustrate the ecological challenges of tomorrow in an entertaining yet impactful way, using one of the main media of conversation and creativity for them: video games.

The WWF #NoBuildChallenge’s rules are simple: players must proceed through the game without exploiting any natural resources even though their opponents can still use them. This began with a Twitch live stream of some of Fortnite’s biggest stars, Solary team (740,000 followers) taking part in the challenge. As finishing the game becomes extremely tricky, the players are able to share our message based on their own experience in the game: if we do not change the rules, we will not survive. And without natural resources, it’s going to be hard for us to stay alive.

The #NoBuildChallenge taps into behaviours of gamers who naturally create and share content: rules and tips of the game are conveyed by fellow gamers, conversations naturally occur in friends-chats and on gaming stream websites such as Twitch or YouTube. The partnership with prestigious gamers like the Solary team encouraged gamers to share content on their social feeds.

Thanks to the comments section of the different social-lives, audiences were able to interact with streamers to share their vision of our ecological issues. Viewers and players were getting informed about WWF missions and sharing how they can change their behaviours to protect our planet.

Over one week and without any media investment, the #NoBuildChallenge generated no fewer than 1.5 millions views on YouTube. #NoBuildChallenge was the number on trending topic on YouTube Gaming France on launch day, with hundreds of young streamers taking up the challenge.

But most of all, Solary loved the ecological challenge so much that when they took part in Fortnite world cup, they gave away their 1M$ win to WWF France!

By bringing WWF message to these media and communities, we hoped to change the way we could address and educate a younger generation about environmental issues. 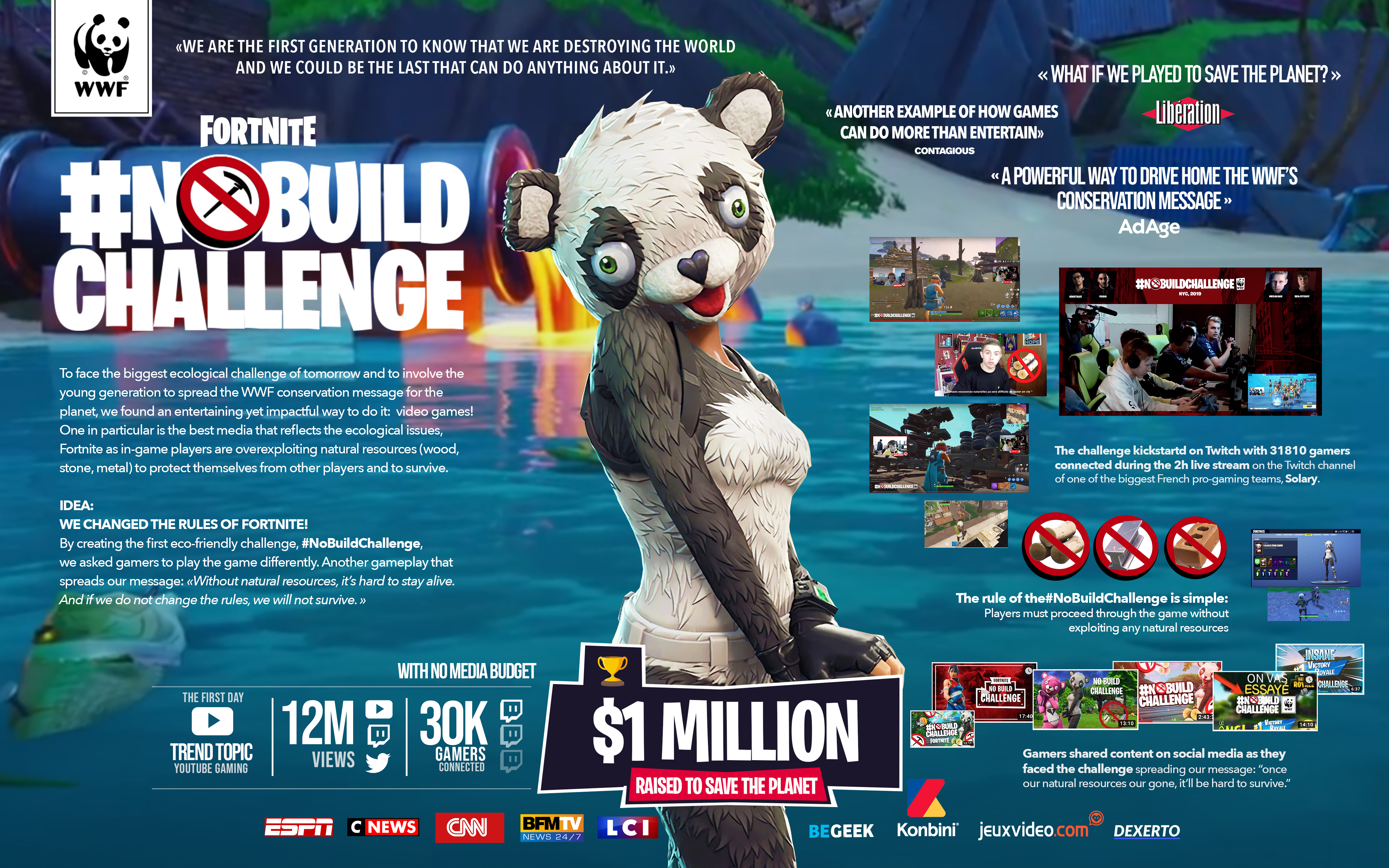 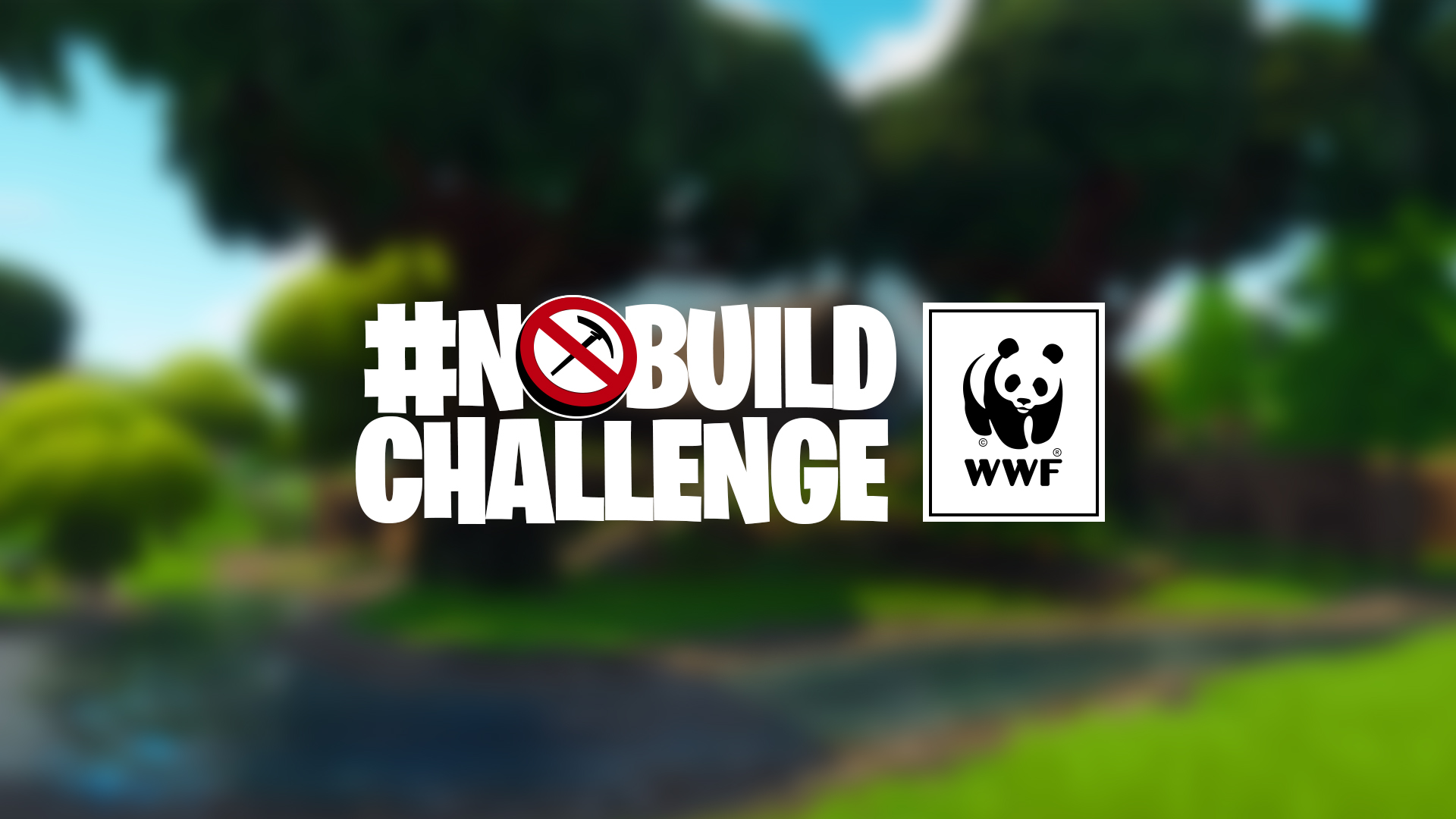 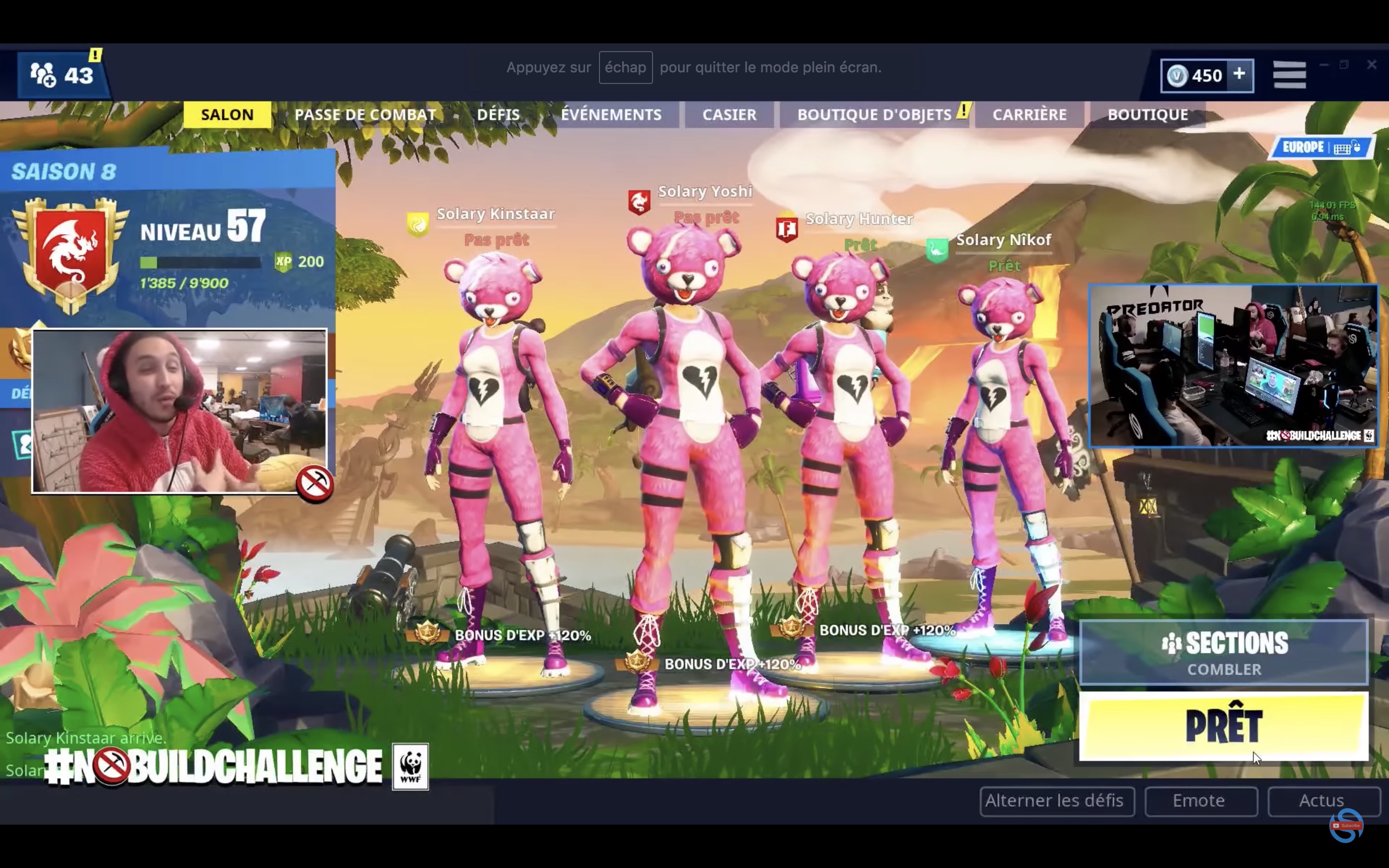 We Are Social, WWF France