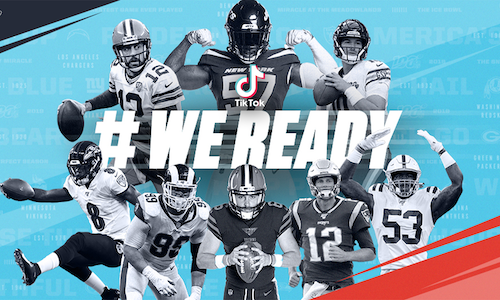 With the NFL continuing to evolve, partnering with TikTok was a natural extension of our media strategy. But the unique nature of the platform, combined with its hard-to-reach Gen Z audience, meant we had to approach our presence on the app in a way we’d never done before.

Developing a genuine youthful persona for a league about to turn 100 years old? Not an easy task. We had to nail it.

So when it came to launching our TikTok, we wanted to make sure we did it with a bang. Enter: #WeReady.

Our goal was to create an organic hashtag trend on TikTok around the Kickoff of our 100th season that could 1) announce our entrance to the platform 2) Garner large, organic participation, and 3) feel native to other trends on the platform, and 4) could help us build our relationship with influencers on the platform.

#WeReady was not only our overall brand campaign for Kickoff, but served as a perfect hashtag with messaging encompassing exactly what we wanted to come across in our trend - showing our community and fans getting hyped for the season ahead! The instructions were to follow the build-up of the NFL's "We Ready" kickoff campaign anthem, adding layers of team swag or football flavor with every song lyric, culminating in a hysterically fanatical display of team love. We encouraged creativity and getting inventive with their team spirit and go all out with their fandom.

Being a new account to the platform, we didn’t want that to jeopardize the reach of our campaign, so we reached out to those who already had a passionate fan base on the platform: TikTok influencers. We identified a collection of those who seemed to have shown an interest in sports/football, and asked if they were interested in being part of the NFL’s first ever TikTok hashtag, offering to send them all the gear they needed to participate and amplify them, and the results were overwhelmingly positive and excited. More importantly, these were organic, non-transactional executions, where we could work to amplify each other and further build our relationships.

Finally, we wanted to bring our hashtag into the real-world through an on-site activation in Chicago during NFL Kickoff. We created an awesome “TikTok-opp” where fans could put on Bears or Packers gear and run through a massive tunnel, similar to the one the players run through on field, and film their own “We Ready” TikToks.

This stat alone speaks to the incredible success of #WeReady. The numbers tell an even stronger story:

We also had incredible participation from our Influencers, and these collabs led to some impressive numbers: 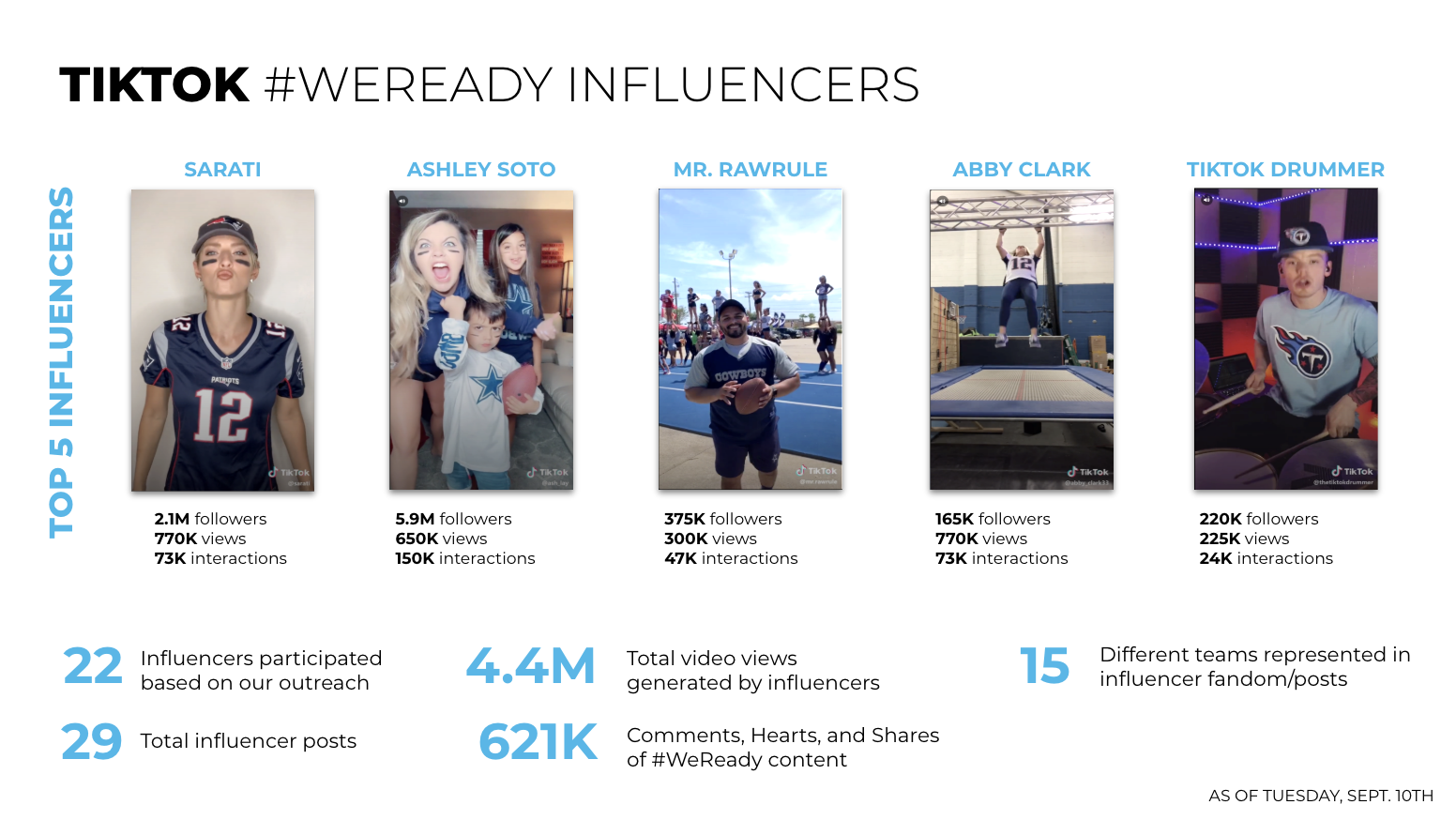 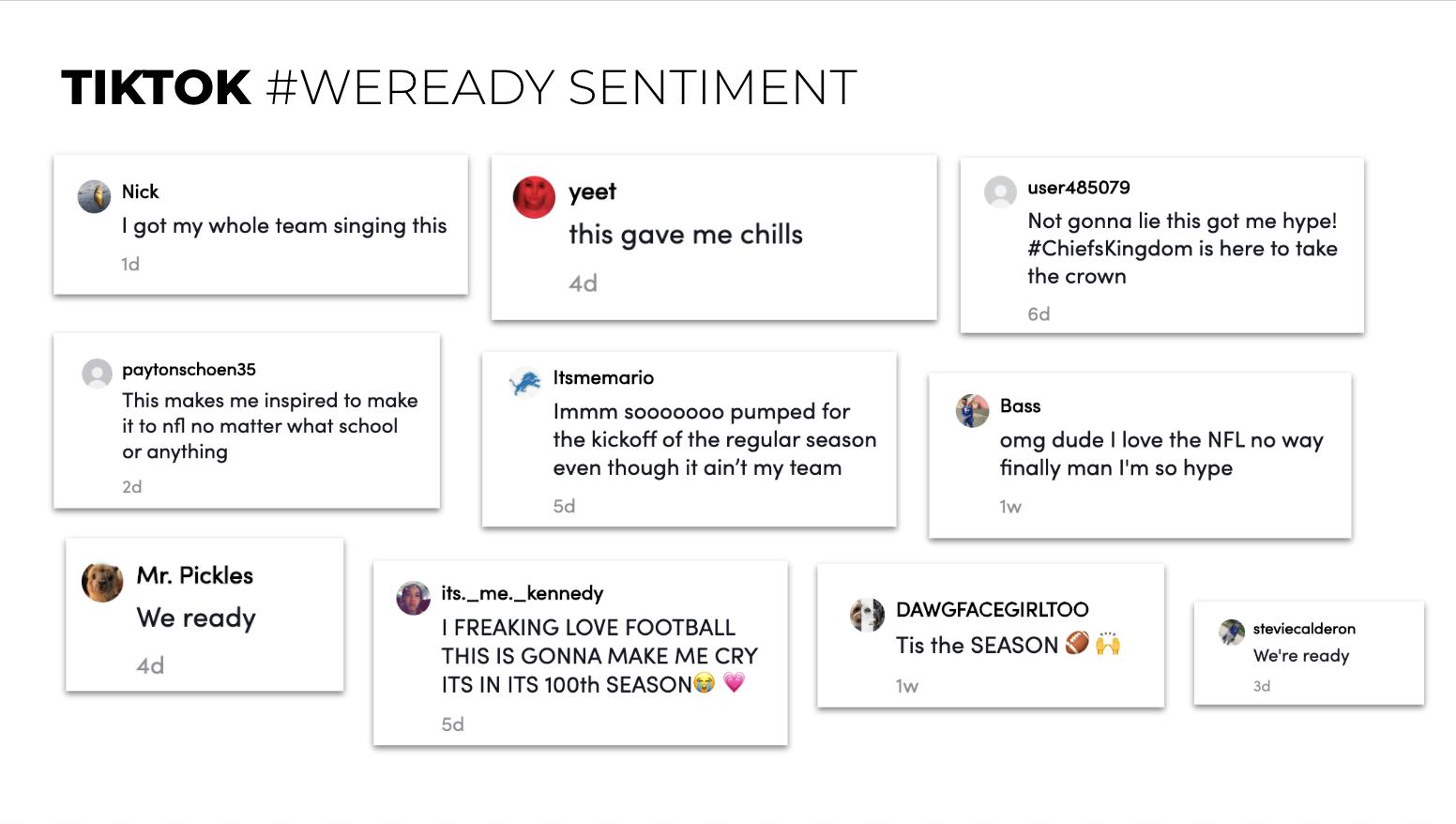 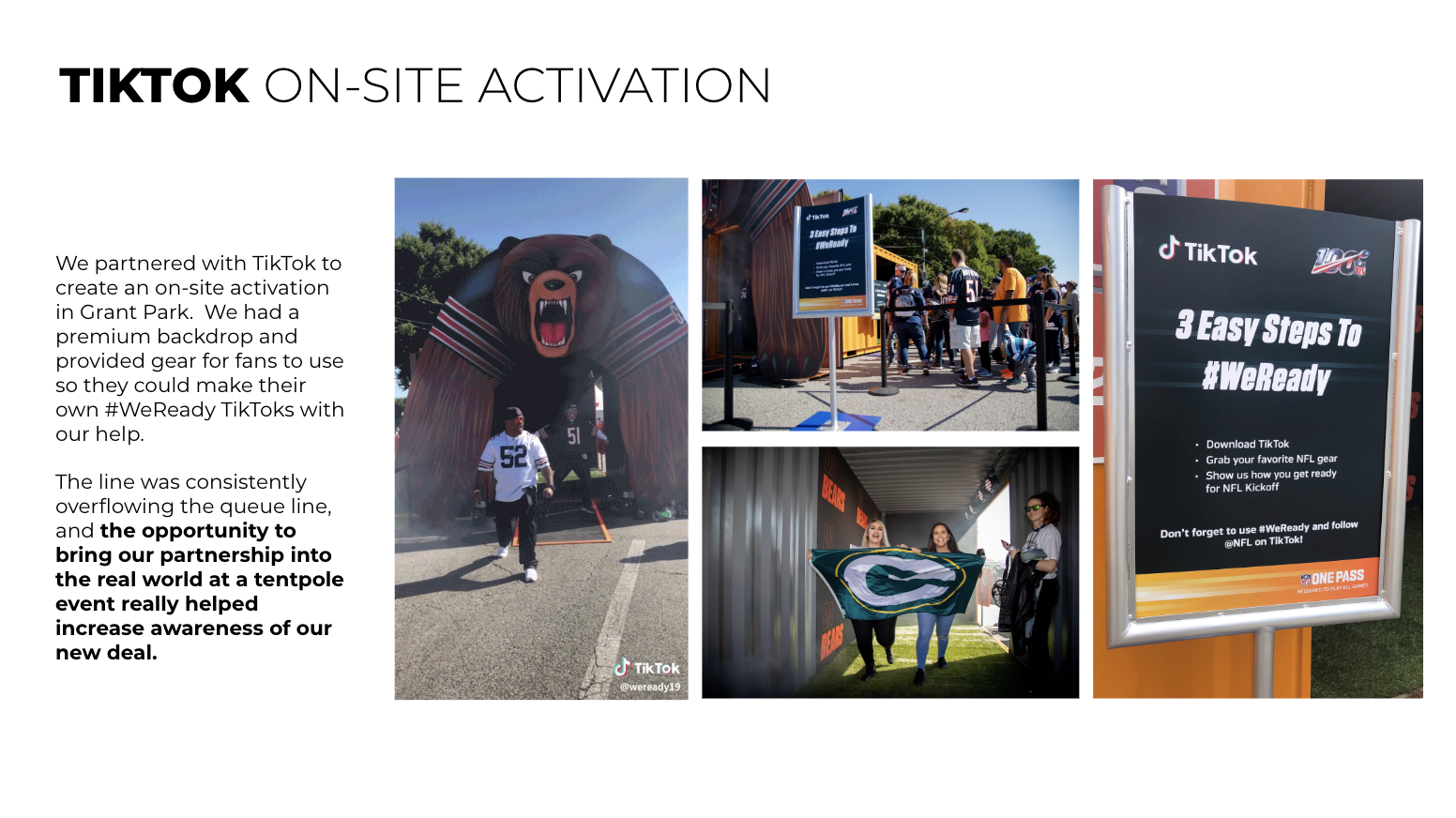 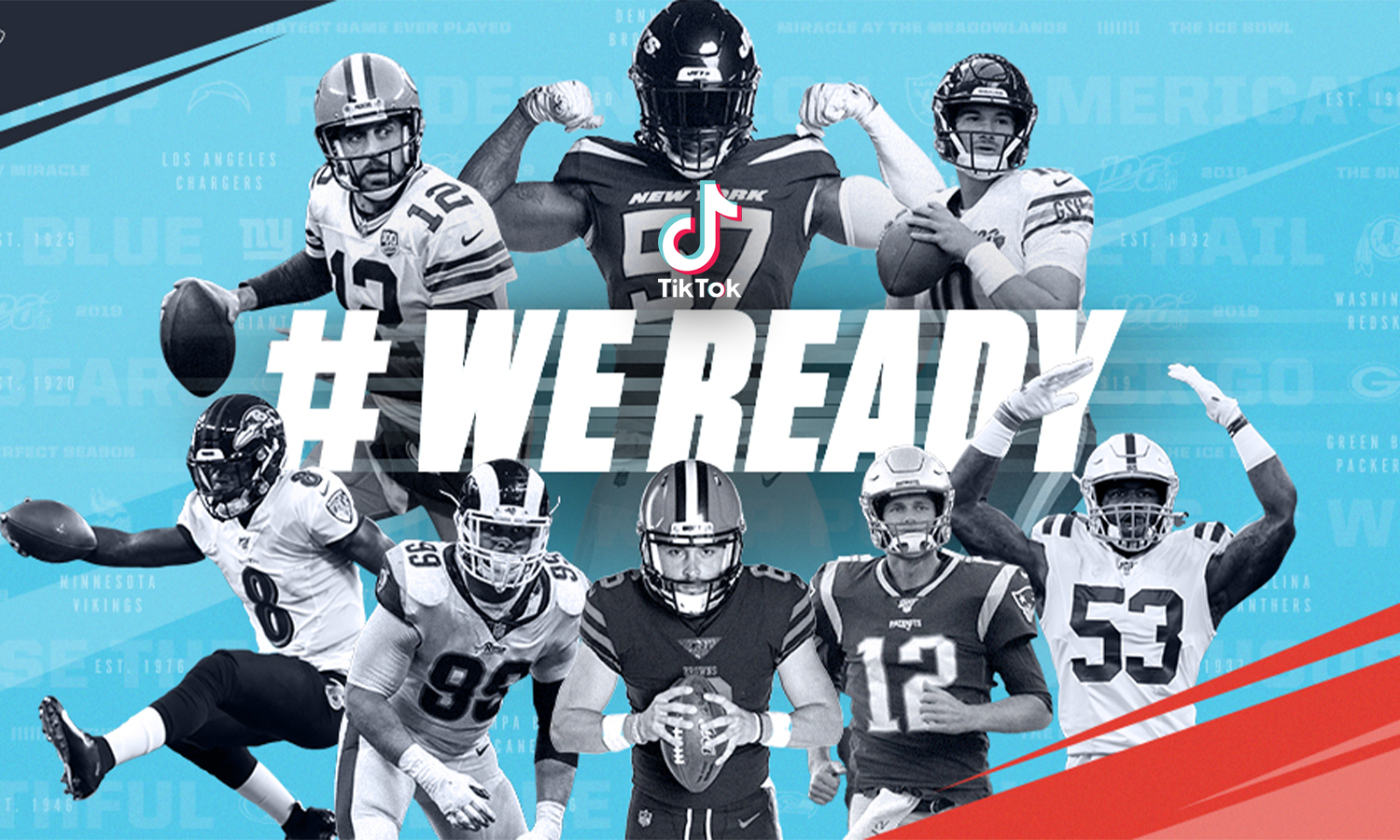