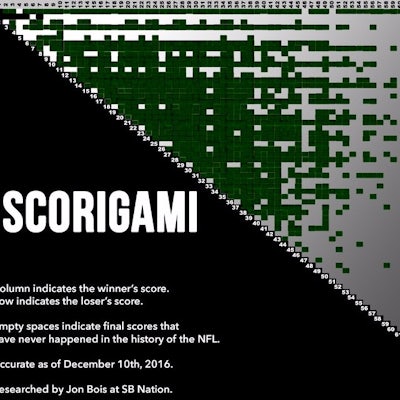 Calling all statistics and analytics fans, this is the account for you! The term "Scorigami" was first coined to describe instances when an NFL game ends with a score that has never been seen in the history of football. However, this concept was taken to a whole new level when self-described "overanalyzer" Dave Mattingly, who created this wacky and wild Twitter account dedicated to the phenomena that features a bot constantly checking the record books and crunches the numbers. Though strange and obscure concept, Scoragami has tipped into the mainstream in recent years, as the account recently crossed the 100K follower milestone.