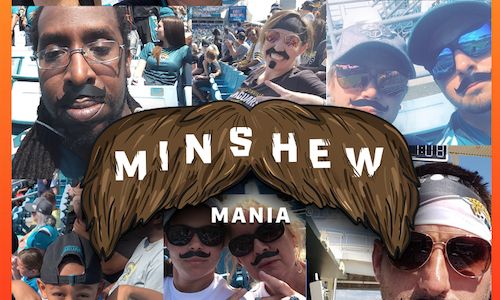 After Gardner Minshew lit the football world on fire, we wanted to take the mania to the next level. We needed to strike while the iron was hot and by Week 6, Minshew was radiating the kind of swagger you only see from icons.

It was time to harness the mania and unleash it all at once.

We leveraged every angle we could to build an incendiary cultural moment around a game that was otherwise one of the most bland matchups of the season. We got the #1 reporter in sports (Adam Schefter) to announce the campaign, got social sensation Bob Menery to voice our intro video, armed Jaguars fans with 35,000 adhesive mustaches at the tailgate, and personally handed out 2500 Snapchat codes to use our custom Minshew mustache Lens. Naturally, we enlisted the help of Jacksonville’s mayor Lenny Curry to help us push the Snapchat Lens.

We collaborated with Washington State, Minshew's alma mater, to share content in real time. After we reached out to the Jags, they helped us film original content on their field and set up our mustache distribution plan at the stadium.

We worked with our broadcast partners at CBS to ensure the campaign would be a centerpiece of the game coverage. EA Madden even helped us create a custom loading screen replacing Minshew’s game uniform with his trademark jorts. By utilizing the NFL’s Player Social and Live Content Correspondent programs, we captured video of Jags star DE Calais Campbell walking into the stadium wearing one of our mustaches before the game.

With over 15 pieces of original social content, we earned 13.6M impressions and 9.8M reach. By targeting Jacksonville-based influencers we reached 315K fans in our target market. In the end, 35,000 unique accounts posted about our #MinshewMania activation. After personally distributing Snap Lens codes on the ground at the game, our Snap Lens earned over 1M views, 462K views and 7.6 hours of total view time.

The mania was real. 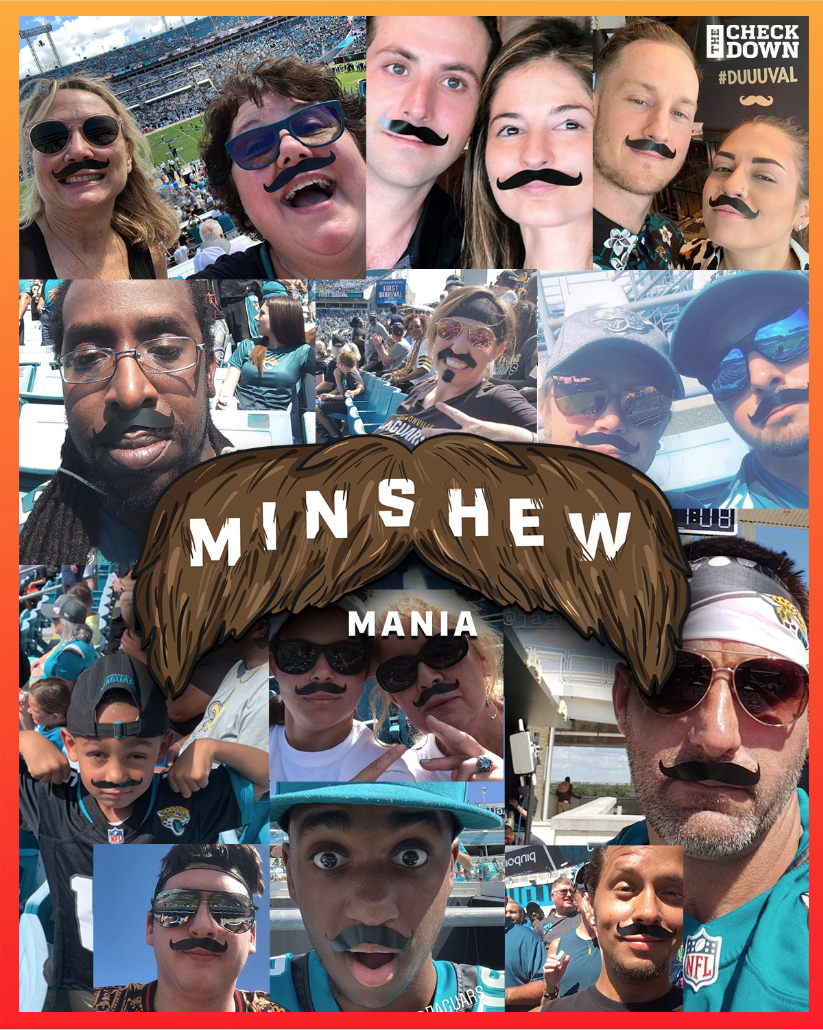 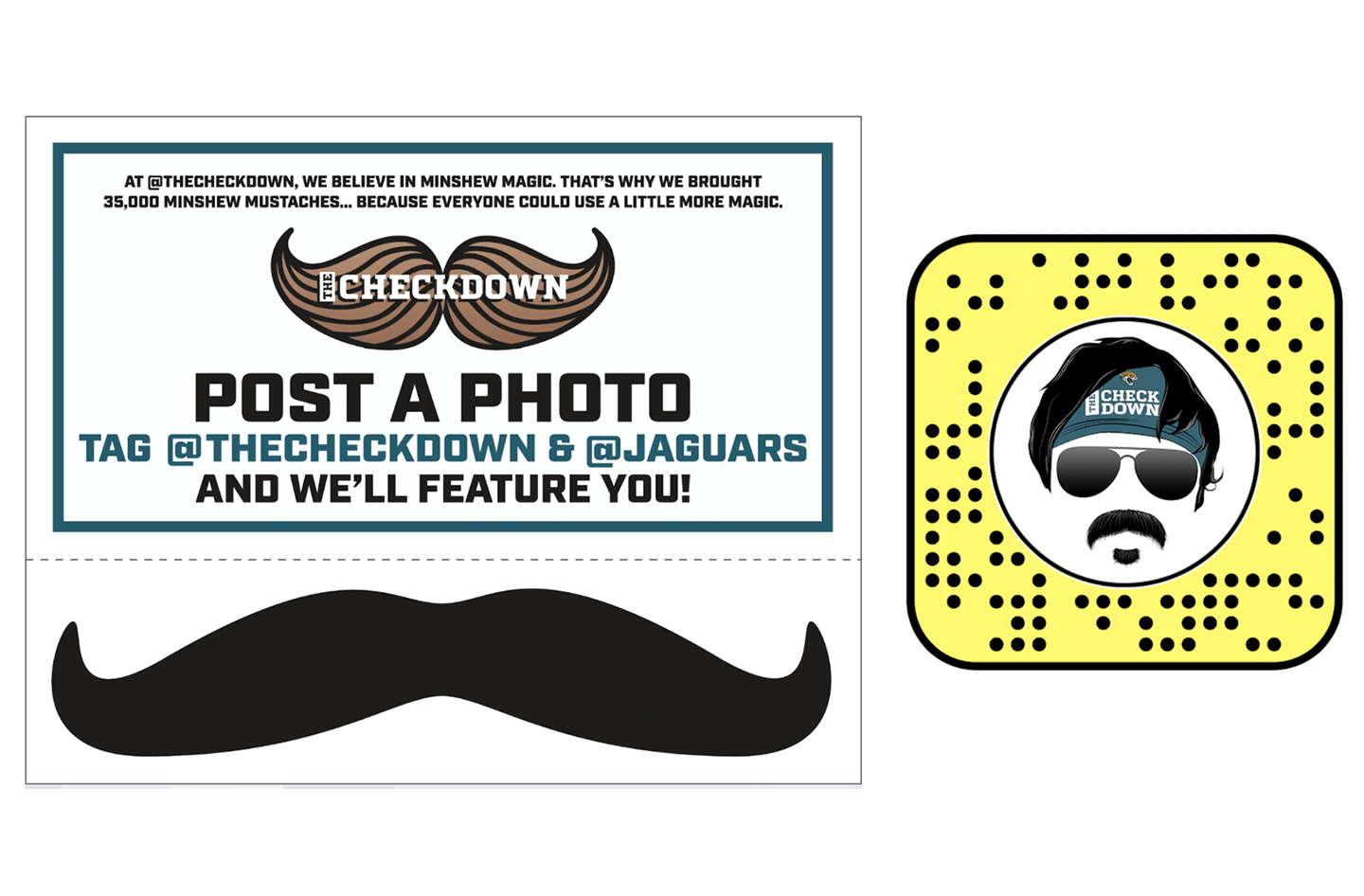