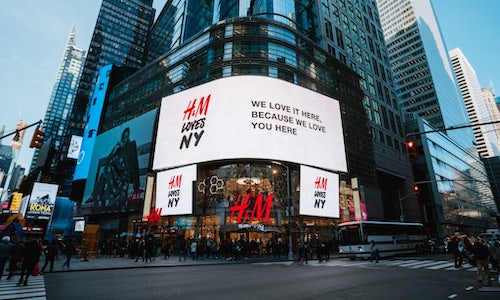 How do you make a global brand feel relevant to a local community? 2019 is an important year for H&M. With the launch of its new Hudson Yards store, the brand will have had a presence in New York City for more than 19 years, but the excitement for H&M that was felt back then isn’t as strong today. We needed to reignite New Yorkers’ passion for the brand in a way that would ensure an eager crowd lined up outside the store on day one.

Our approach was to make H&M feel locally relevant to New Yorkers by reigniting and reconnecting with the city.

We would use the voices of New Yorkers themselves to create a multi-channel story that would reach the citizens of one of the world’s greatest cities, generating excitement and anticipation for the new Hudson Yards store opening.

The campaign started with a Love Letter about what the city means to H&M on Valentine’s Day in New York Magazine’s Fashion Issue. The print placement was supported with a digital billboard in Times Square, an in-store retail takeover, and across H&M’s owned and paid social media. The main message? We love it here, because we love you here. With that message out in the world, we took it one level deeper. We cast 12 real New Yorkers—including H&M employees—to bring to life a truth that can be felt by any New Yorker. Being part of the city doesn’t happen after a year, five years, or even 10 years—but in a moment. These moments are personal, but highly talkable. We highlighted these 12 New Yorkers that we love and put their love for the city on display by highlighting the moment they truly felt home with a simple “New Yorker Since _______” message.

The goal throughout our roll out plan was to always make H&M feel local and relevant, and to build a revitalized connection to the people who make the city special. By making the campaign less about the brand, and more about individuals and the love for the city, we made “H&M Loves NY” a platform for personal storytelling. Each cast member was photographed by Peter Ash Lee in studio and around the city with their stories extended across out of home, paid social media and digital, and the casts’ personal social media channels.

As the creative began to roll out across the city, we sent a New Yorker Since kit to local influencers to help expand our narrative even wider. The kit included a custom composition book full of games, madlibs, and questionnaires to help each influencer celebrate their own love affair with the city. As the store opened, we made it easy to become a part of the “H&M Loves NY” story through a portrait photo experience in-store and moments that helped every guest celebrate the time they became a part of the greatest city on earth.

Nearly 5,000 New Yorkers lined up on opening day and there were more than 180k social engagements using the hashtag #HMLOVESNY resulting in more than million social media impressions. The campaign generated earned media coverage across WWD, Mr., Instyle and more. The “H&M Loves NY” campaign creative went on to be utilized for three more store openings in New York and more importantly—set up a new “H&M Loves _______” creative template for all future U.S. store openings in 2019 and beyond, complete with a custom handwritten font design and developed by Day One. 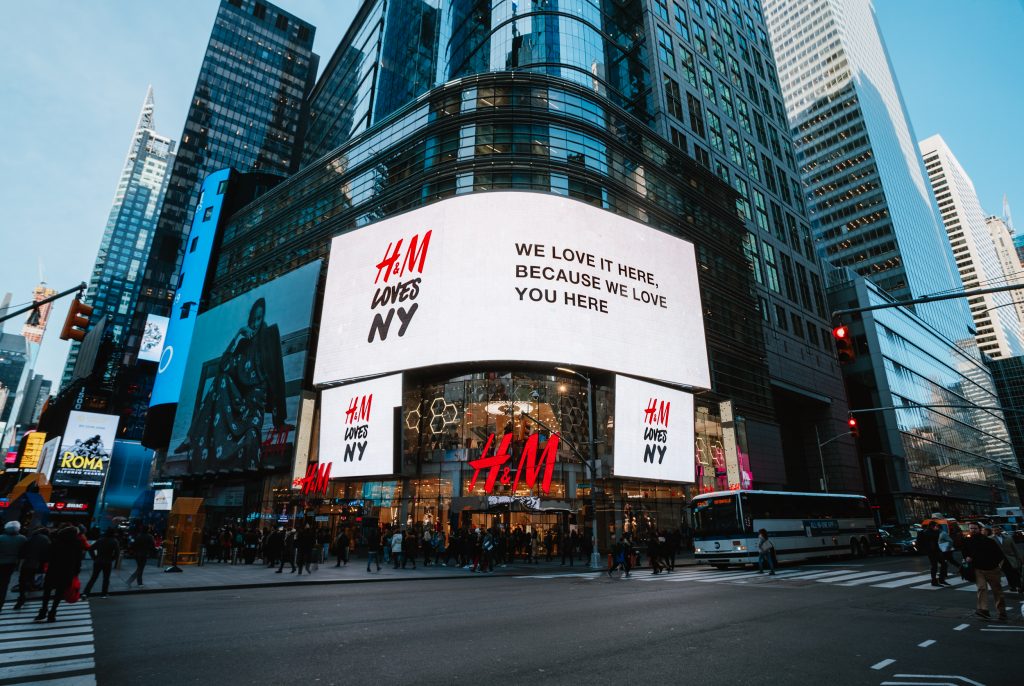