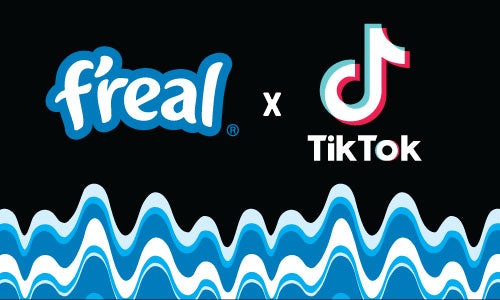 Prior to creating a f’real branded TikTok account, one of the platform’s organic trends of #frealmilkshake was taking over the For You Page. With f’real consumers giving step-by-step instructions on how to make a blend-it-yourself milkshake using f’real’s unique blending machine, it was a marketer’s dream. Upon further investigation into the user generated content of #frealmilkshake, the demographic of consumers was starkly younger than f’real had originally anticipated.

A deep dive into Gen Z was conducted in order to align future f’real TikTok content with their values. A new study by JWT Intelligence has stated that Gen Z is skeptical, independent, wary of deceptive marketing, does research before making a purchase, and prioritizes brand values. Utilizing this vital information as well as discovering that trends come and go in the matter of weeks on the platform, f’real took the opportunity to control the message and amplify the wave of virality by creating engaging branded TikTok content in-house. TikTok served as a testing ground to expand f’real’s target demographic from the previous 18-24 year-olds to a newly defined 13-24 year-olds.

f’real’s strategy on TikTok was simple:

Utilizing the Four Rules for Effective Creative as a formula for f’real’s TikTok videos and applying a branded spin on organic trends, f’real was able to insert itself organically into the Gen Z conversation. Despite the generation’s displeasure of advertisements, f’real was able to gain popularity by blending in and tailoring its content to match that of popular creators on the platform.

f’real was able to nurture a devout following by dedicating a significant amount of time into community management. By taking the time to engage with commenters and show a real person was on the other side of the account, a positive feedback loop was created to encourage further engagement.

To further drive brand awareness of f’real milkshakes and smoothies and integrate f’real into moments that matter, f’real engaged an influencer agency to help scale and execute influencer campaigns on TikTok. Knowing that Gen Z despises ads, influencer content was positioned to amplify the brand’s messaging without sacrificing authenticity. Allowing influencers to provide their honest point of view on f'real helped to differentiate their content from other brands on the platform that utilize strict content guidelines.

Since the f’real’s TikTok account was created in June of 2019, it has earned over 460K devout followers, 40M views and over 8.8M engagements, averaging over a 22% engagement rate.

In addition to f’real’s organic content, influencer content produced in Q4 of 2019 led to 21.4M views and 7.8M engagements; an average 36.45% engagement rate with a CPM of only $0.82 compared to $1.27 CPM for paid social ads from 2019. A huge win: f’real holds one of the highest engaged TikTok video under the hashtag #ad above popular creators and large brands investing on the platform.

By amplifying the organic f’real trend on TikTok, the company earned an additional 134M video views through user generated videos under the hashtags #freal and #frealmilkshake.

Considering owned and earned media, f’real has yielded nearly 200M views at only the cost of influencer content.

In a recent Usage Study conducted by Seurat Group, the largest growth in sales for f’real in 2019 consisted of 13-17 year-old consumers. Since f'real’s inception in 2003, it has never marketed to consumers under the age of 18. Awareness amongst 13-17 year-olds has increased 6 percentage points from the previous Usage Study from 2017; a direct impact from the efforts made through TikTok.

Most importantly, since the brand’s TikTok was created, there has been a staggering lift in unit sales. After a sales decline in the first half of 2019, beginning in June f’real has seen a staggering uptick in sales velocity averaging a 7.1% lift per month. 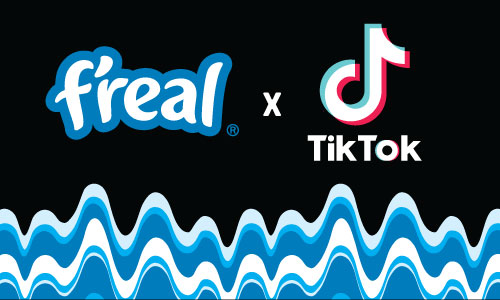