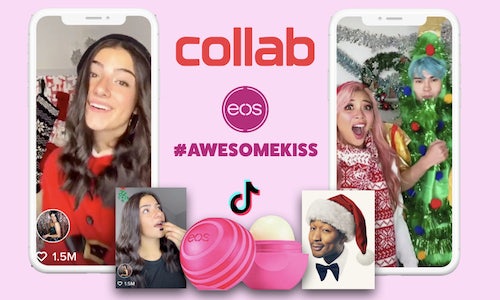 It’s no secret that TikTok is a challenging platform for brands to break through. It’s rapidly growing, skews to a younger audience, and the community is constantly developing new sub-groups such as the infamous VSCO girls and eboys - two of the apps key players.

This year, the innovative lip balm brand, eos, bravely took on the TikTok challenge. In an effort to establish themselves on TikTok as a leader in flavor, fashion, and fun, eos teamed up with Collab to rock the Tok. They approached Collab with a clear mission: maximize impressions, generate engagement, and increase user-made content.

Keeping these goals in mind, the eos #AwesomeKiss TikTok campaign was born. Collab, the largest independent digital content studio and talent network, firmly believes success is found with the right blend of creators and creative. With years of short-form video experience and roots in Vine and Musical.ly, Collab developed an engaging program that works within the TikTok’s unique community.

#AwesomeKiss combines the magic of eos and a dash of holiday spirit. Working off the TikTok trend of quick-cut transformations, creators applied their favorite eos product, planted an #AwesomeKiss and ignited their holiday spirit.

With the campaign goals in mind, Collab approached this campaign with three key insights:

As the cherry on top of the #AwesomeKiss campaign, Collab used their expertise in TikTok’s media offerings to add the support of in-feed media. Through sponsored posts, users were directed to visit the @eos TikTok page and join the challenge. After seeing their favorite creators work with eos, users clicked and followed - more than doubling eos’s following.

One of the Collab’s selected creators, Charli D’Amelio, particularly proved the strategy’s success. When Charli was first considered for this campaign, she had just hit 400K followers. When she went live with her #AwesomeKiss content, Charli had 6.7M followers. Her two assets for the campaign reached 27M people and received 3.1M likes. Charli’s energetic dances and playful incorporation of an eos sphere proved to be a great mix, resulting in the highest performing content in the campaign.

The #AwesomeKiss Campaign shattered all expectations and exceeded the set goals. Based on the campaign’s success, eos immediately began planning their next TikTok program with Collab.

The #AwesomeKiss hashtag accumulated a whopping 50M views and resulted in over 19,000 user-generated video entries. Collab’s hand-selected creators proved to be victorious with an average engagement rate that is six times the industry standard.

Successful metrics aside, the campaign was filled with great sentiment. Of the thousands of videos posted under #AwesomeKiss, one fan’s emotional reaction was especially memorable. A young, devoted eos fan, Lilian, and her father filmed a TikTok showing Lilian’s pure excitement when her favorite TikToker, Charli D’Amelio, posted with an eos sphere. Charli caught wind of her young fan’s enthusiasm resulting in a Facetime call to remember.

Since the #AwesomeKiss debut, all creators have grown significantly on TikTok and beyond. Charli D'Amelio, in particular, gained momentum that hasn’t slowed down. She was recently featured in a SuperBowl commercial and countless other interviews and photoshoots. The eos #AwesomeKiss campaign was her first-ever brand deal. 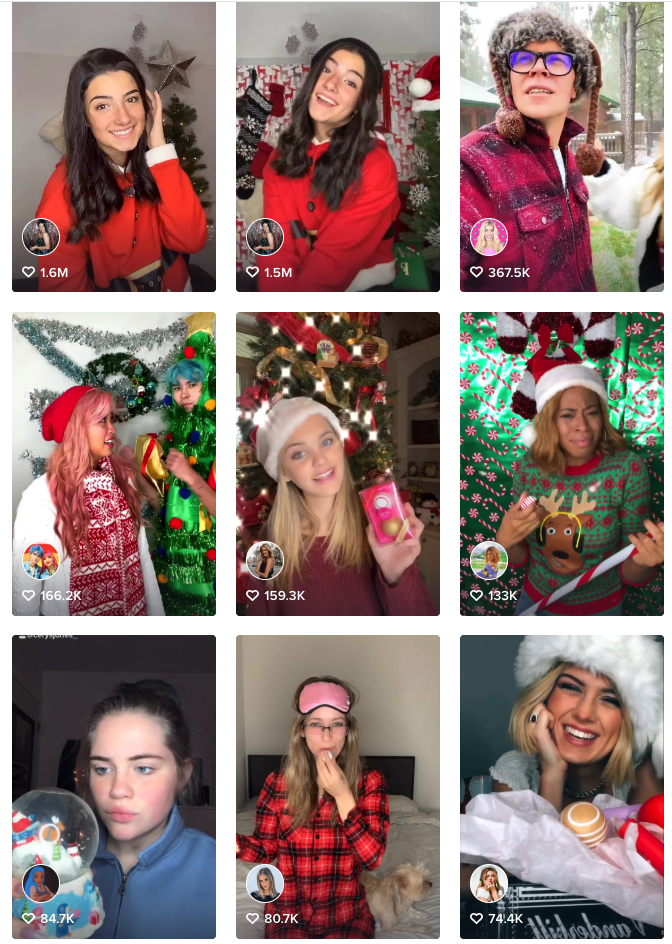 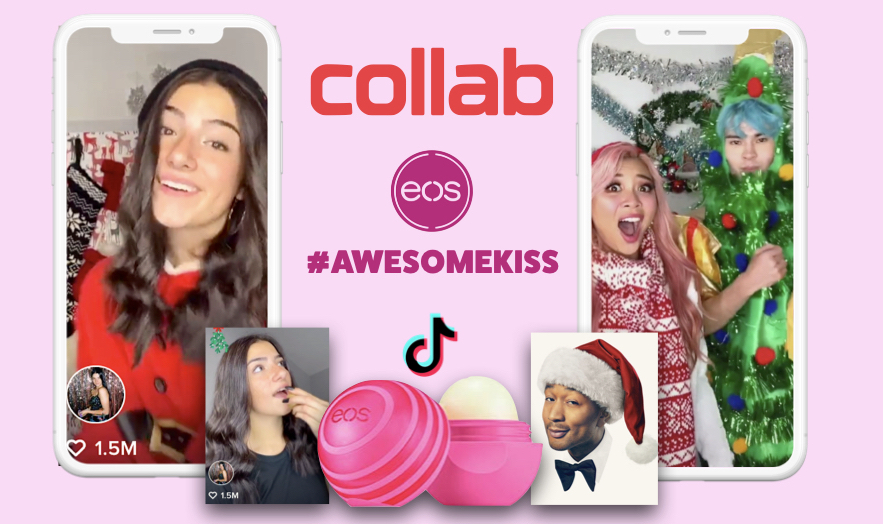