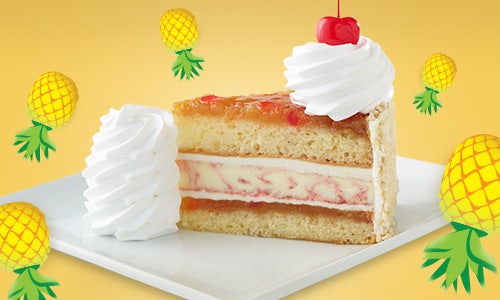 In 2015, The Cheesecake Factory stopped serving Pineapple Upside-Down Cheesecake, but their fans couldn't let it go. Social listening and community management proved the cheesecake had reached cult status: because four years later, our online community was still mourning its absence. By 2019, we knew it was time to bring it back for National Cheesecake Day, and to recognize the fans that made it happen.

We began the campaign by teasing the re-release and hiding pineapples in what looked like regular social content. At first, only our true fans were able to spot them. The clues got more and more obvious as we got closer to the announcement date, and more fans were catching on.

Then, we identified 40 "Pineapple Superfans" — the people who had been consistently tweeting and posting about the cheesecake for all four years it's been gone. We DMed them for their contact information, and sent them pineapple-themed gift boxes on the date we announced the cake's return. Each box included personal thank you notes recognizing their role in bringing back their favorite Pineapple Upside-Down Cheesecake. And two weeks later, we thanked them again — this time, with full Pineapple Upside-Down Cheesecakes to give them each an exclusive taste before the official release.

We worked with The Cheesecake Factory marketing team and PR to make the launch even bigger. Since the TV show Pysch also had a penchant for hiding pineapples, we worked together to send the Psych stars Pineapple Upside-Down Cheesecakes and themed party packs to share on social.

Then, on the date we announced the Pineapple Upside-Down Cheesecake's triumphant return, we went back and responded to four years worth of comments, DMs, PMs, and posts about the cake. We let every single fan know the cheesecake was coming back on National Cheesecake Day—and that it was all thanks to them.

Our fans ate it up! On announcement day, we generated 4.7 million impressions on The Cheesecake Factory's announcement posts alone. And when The Pineapple Upside-Down Cheesecake debuted on National Cheesecake Day, it instantly became the #1 top selling cheesecake—remaining in the top 3 for the rest of the year. The best part? It made our customers extremely happy, with 97% positive sentiment around the campaign, and proved you can accomplish so much more when you listen to your fans. 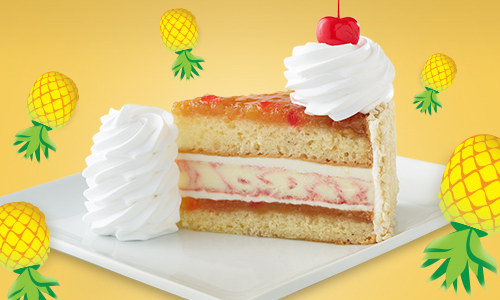