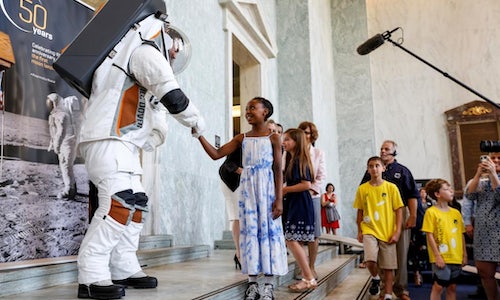 Above and Beyond: UTC in Space

United Technologies Corporation (UTC) has a long-standing history of innovators and inventors with a strong footprint in space innovation that stretches from the past, present, and into the future.

When Neil Armstrong spoke his famous words, "That's one small step for man, one giant leap for mankind," television viewers were able to experience it thanks to the communications technology provided by Collins Radio, now part of Collins Aerospace. Similarly, UTC's legacy Hamilton Standard unit, also Collins Aerospace, was responsible for the Portable Life Support System. Without this, Neil Armstrong would never have been able to take his historic first steps on the moon and without UTC's Pratt & Whitney fuel cells, Apollo 11 would have never taken off.

On July 20, 2019, the nation celebrated the 50th anniversary of the Apollo moon landing and an historic moment made possible in part by the people, technologies and contributions of UTC. To celebrate that one small step for man, we set our sights on Capitol Hill in Washington, D.C. to host an Apollo 50th event to educate the public and congressional members on UTC’s efforts in expanding space travel.

Our “Above and Beyond: UTC in Space” event, combined with a multi-platform social media campaign, was designed to engage fans, educate and inspire the future of flight. Creative content was designed to bring everyone as close to the astronaut experience as possible, while the Capitol Hill event featured former NASA astronaut and Sr. Technical Fellow at Collins Aerospace, Dan Burbank.

In partnership with UTC’s business units and Government Relations team, the “UTC in Space” campaign sought to honor the 50th anniversary of the Apollo 11 moon landing in an engaging and educational way. The social media campaign highlighted the anniversary and our own efforts in the space community. The event, organized by UTC’s Government Relations team, was a chance to create a unique engagement experience between our company, Members of Congress, Congressional staff and teams on Capitol Hill.

We found a way to amplify the Apollo 50th event to showcase our brand and space initiatives to the policymakers that support them, while still keeping aerospace fans on the edge of their seats for what’s to come. We invested $25,000 in social media ad campaigns to up the “wow” factor, educate, engage and highlight our involvement.

Several key things had to happen for this to be a success:

The campaign earned 2.9M impressions and 86.8k engagements.The event hashtag #StepIntoOurSpace, a play on the famous “That’s one small step for man…” quote was used over 50 times during the campaign. Coverage was shared primarily on UTC’s and UTC Policy’s Twitter accounts, with amplification and additional postings from Collins Aerospace. The integrated social media plan promoted the event in real-time, while engaging and leveraging our corporate partnership with Twitter to debut our first use-case of the “Twitter Mirror.” It allowed for policymakers and guests to engage with ease on-site and send out pre-loaded, UTC branded tweets, also containing the hashtag. Through our paid campaigns, UTC’s accounts earned over 4.3M impressions and 90k engagements (likes, comments, and shares). Organically, UTC’s Corporate Twitter, Instagram, and LinkedIn earned over 681k Impressions and 6.8k engagements. Some key wins include: 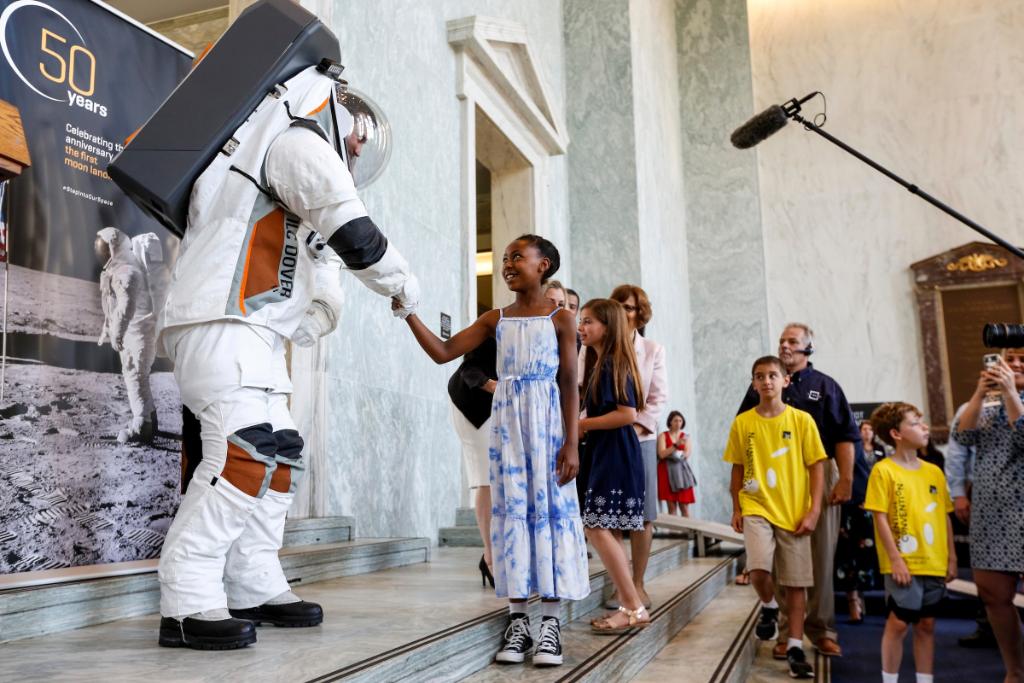 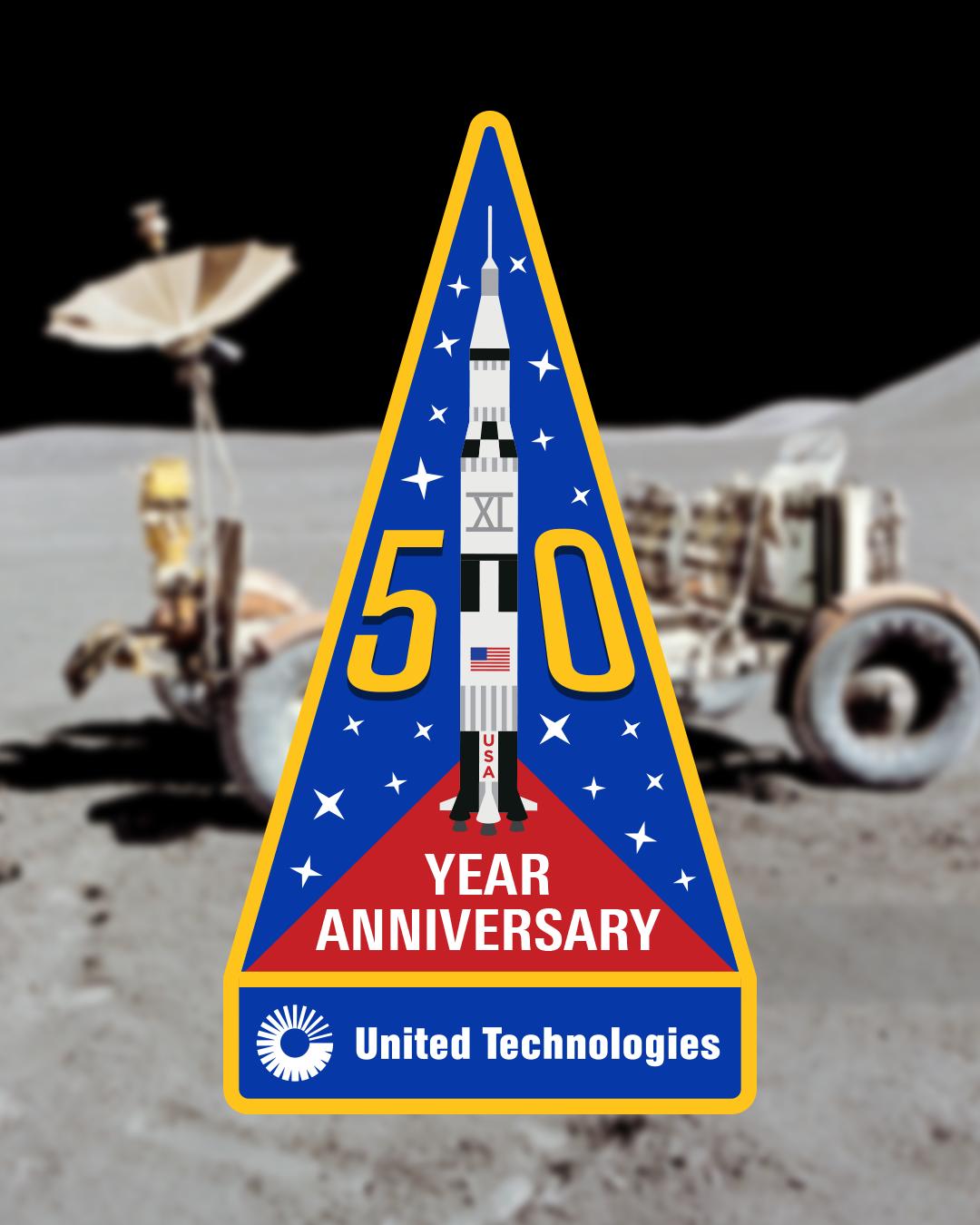 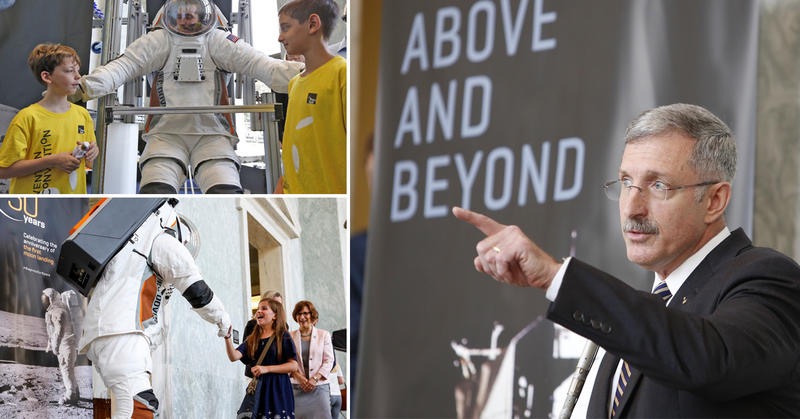