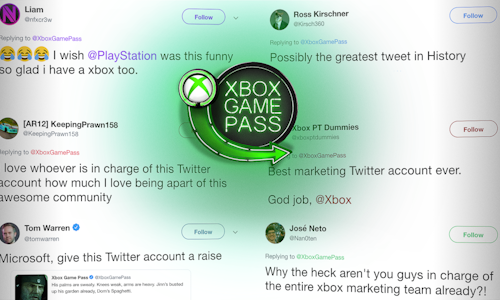 Historically, the Facebook, Twitter, and Instagram feeds for Xbox have been the primary source for Xbox fans to get news and announcements. When we were tasked with launching new social channels for Xbox's subscription gaming service, Xbox Game Pass, this offered a unique challenge to differentiate ourselves and speak to a more specific audience in a different kind of way.

But therein lied the challenge: how could a growing product like Xbox Game Pass breakthrough in the clutter of organic social commentary? It all started with the target audience and how they behaved on the two social channels we were launching on – Twitter and Instagram.

Our content strategy was built on the idea of speaking to Xbox Game Pass consumers in the language they speak to each other on Twitter memes, internet jokes and culture, and more.

From the start, we knew our audience wasn't just "gamers"—it was gamers who used the internet and could smell an inauthentic, pandering brand on social media from a mile away. With that in mind, we've taken great efforts to ensure all our content not only reflects the unique voice and interests of our fans but also builds on them as well. So we dove into the abyss of pop and Internet culture, and merged those worlds with the fun, weird, and awesome gaming culture our community is rooted in.

We launched our Twitter with a 🔥 SPICY 🔥 video that'd serve to set the tone to our audience. Taking inspiration from the tropes of late-night informercials, we presented Xbox Game Pass as THE solution to problems known by every gamer: fatigue from your game collection and existential crisis. The result was a 1-minute, 28-second-long video that announced the new social presence of Xbox Game Pass and let everyone know that we were here and going to do things a bit differently.

In the months since launch, our Day 1 strategy has largely informed the type of surprise and delight content we post. For instance, when it comes to teasing games, we've "leaked" fake Microsoft emails that incorporated gaming Easter eggs, played up fictional employees like Melissa McGamepass, and shared our efforts to create an XGP-inspired musical. We even turned our launch video into a recurring stock video series to show off new games and make memes. Our community picked up these gems and turned them into inside jokes—jokes that we love calling back to and building on as we deepen our engagement with fans.

Even the Twitter platform itself wasn't safe from our antics. From using ASCII art resembling "download" progress bars in our bio, to teasing Shadow of the Tomb Raider by simulating an eclipse within our profile photo, we continually try to outdo ourselves in how we can better inform AND entertain fans (and end up on reddit).

We're not afraid to banter with other brands, get a bit weird, or a little sentimental. In fact, we welcome it. Because we're giving the fans what they want—just like what we set out to be from the start.

Since launch, Xbox Game Pass Twitter has driven a total of 53M impressions, 998K engagements, and 186K shares. Simultaneously, the channel was able to retain an average engagement and share rates that surpassed the Microsoft gaming Twitter benchmark by +205%.

But it wasn't just the numbers we were excited about; there was also a lot of love from the press, including spotlights from Adweek, Ad Age, Fast Company, and The Drum.

And while numbers and press pick-ups are awesome, we're most proud of the overwhelming support from the community. From quotes like "best twitter account ever" to "The Wendys social might have some competition now", it was clear our antics struck a chord. We'd accomplished exactly what we set out to do: craft a brand tone that was, yeah, off-the-wall and absurd, but—most importantly—very much its own thing. 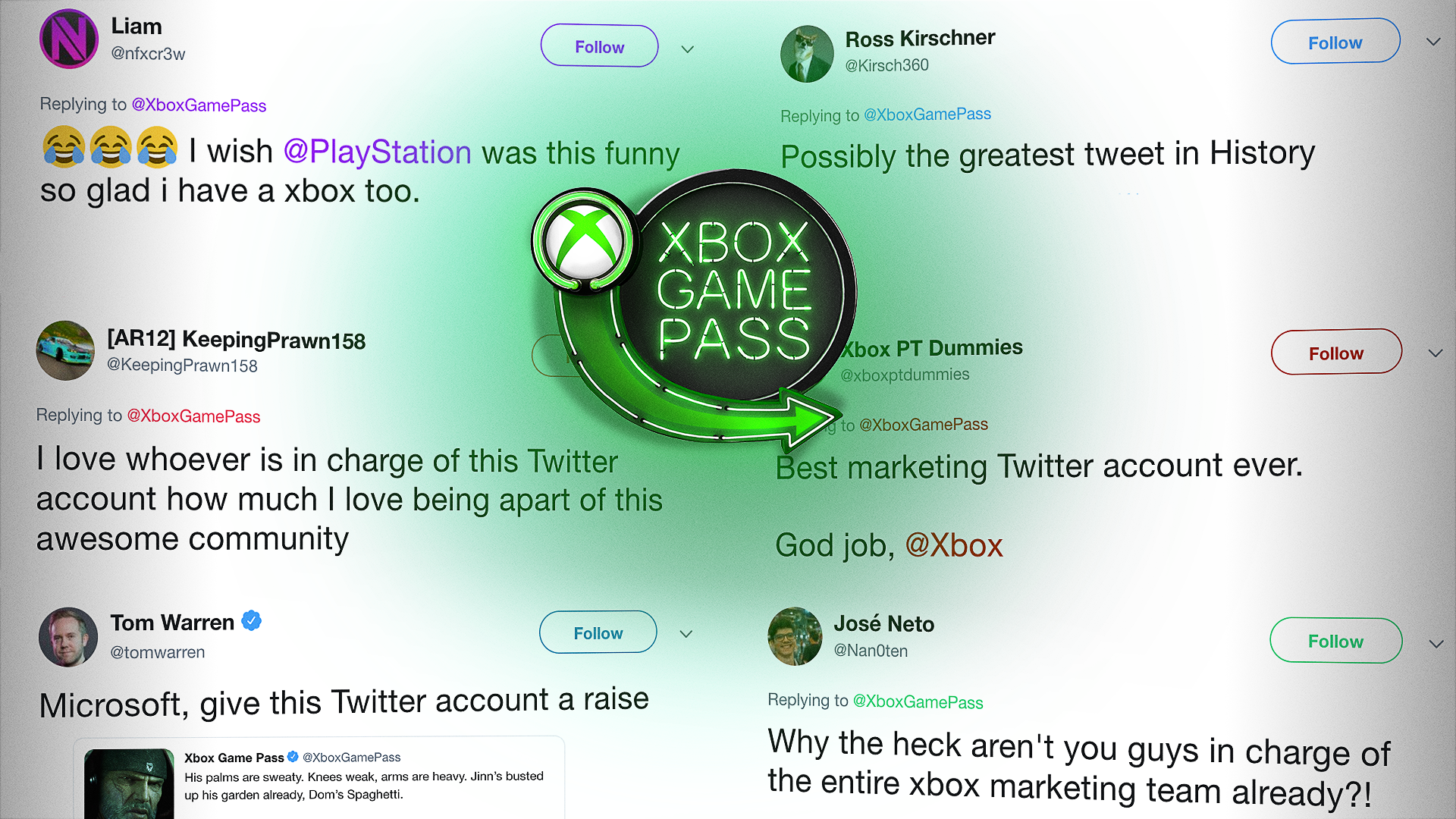