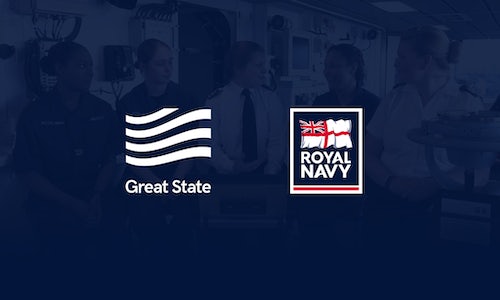 The Royal Navy Recruitment Facebook page was set up in October 2009 as a dedicated channel for highlighting the opportunities a career in Royal Navy could afford potential recruits. Over the years, it has evolved to 'keep up' with the ever-changing needs of our audience. In 2017, for example, findings from the UK Graduate Careers Survey revealed: "the page would benefit from even more interactive elements" and "more videos including some interviews with current officers". Given our continuous strive for improvement, we decided to tackle both elements head on - recognising Facebook Live as the perfect medium.

Our goal was clear: improve interactivity between our followers and serving personnel – 'People Like Me'. Three fundamental objectives underpinned this focal point:

1. Extend the understanding of Royal Navy careers (in terms of breadth i.e. contact with target audience and depth i.e. exposing the previously inaccessible to them)

2. Enable those interested to ask otherwise recruitment-blocking questions (100% transparent answers and / or answers unobtainable from the typical sources)

3. Certify for potential recruits that a career in the Royal Navy is for them (help with identifying that this is the correct move career-wise and nudge)

KPIs were identified to measure the effectiveness of our efforts against these objectives: reach, shares and views; reactions and comments; website visits and Expression of Interest (EOI) form submissions respectively. As this was our first Facebook Live activity, we benchmarked performance against our closest comparator - RAF Recruitment - who had also just published their first Facebook Live.

Our strategy was simple: share the personal experiences of serving personnel direct with potential recruits. We did this by hosting a panel of servicemen and women, discussing topics of mutual interest to both the organisation (e.g. 'pinch point' roles such as Submariners) and our audience (e.g. fitness). Our implementation was less simple given the heightened security surrounding the organisation. It meant a carefully coordinated programme of eight Facebook Live events, complementing both campaign activity and tactical dates.

For example, we over-indexed in the first quarter of 2018 – a key recruitment drive window – with three Facebook Live events to support heavy above the line and digital activity. We tuned our timing further by targeting key dates pertinent to our audience such as UCAS entry deadlines (to establish the Royal Navy in the consideration set alongside further education) and International Women's Day (to promote the Royal Navy's ethos of equality, diversity and inclusion).

T hrs – go live for the event (N.B. where possible, we encouraged support from internal teams at this point in sharing the feed to their own profiles / pages)

Wherever possible we tried to shoot panels in their 'natural habitats' (including the above example shot on HMS Defender at Portsmouth Naval Base), differentiating us from the competition. Dependent on availability, scenario and security restrictions, we either utilised the Royal Navy photography team's broadcast-quality setup or simply a smartphone in combination with external mic and lighting. Authenticity was key and, in some instances, this meant unapologetically compromising on quality e.g. less-than-desirable feed clarity thanks to a temperamental tethered mobile network. It also meant being resilient.

The host of the panel had a tablet positioned in front of them, serving a live feed of questions via Google Sheets managed by another member of the team on a laptop out of shot. Whilst it was possible for the host to read questions straight from the Facebook Live feed itself, it made sense for moderation and facilitation purposes to work this way; ensuring inappropriate questions were excluded, we remained on topic and we didn't cover the same questions twice etc.

The resilience paid off: the entire programme of Facebook Live events reached 1.2 million people. Versus the benchmark, in 2018 we averaged 103% better visibility amongst our target audience (objective 1), sparked 63% more recruitment-specific questions (objective 2) and, most importantly, generated over two cumulative hours on site which resulted in over 100 potential recruits submitting their interest in joining the Royal Navy (objective 3).

Additionally, the Royal Navy Recruitment Facebook page was again shortlisted in 2018 for The Times Graduate Recruitment Awards' best Graduate Recruitment Social Media. This time, we took the win. Feedback revealed that "the videos and interactive elements were the main selling points for the finalists: it was clear that they made a very strong impression on the audience". 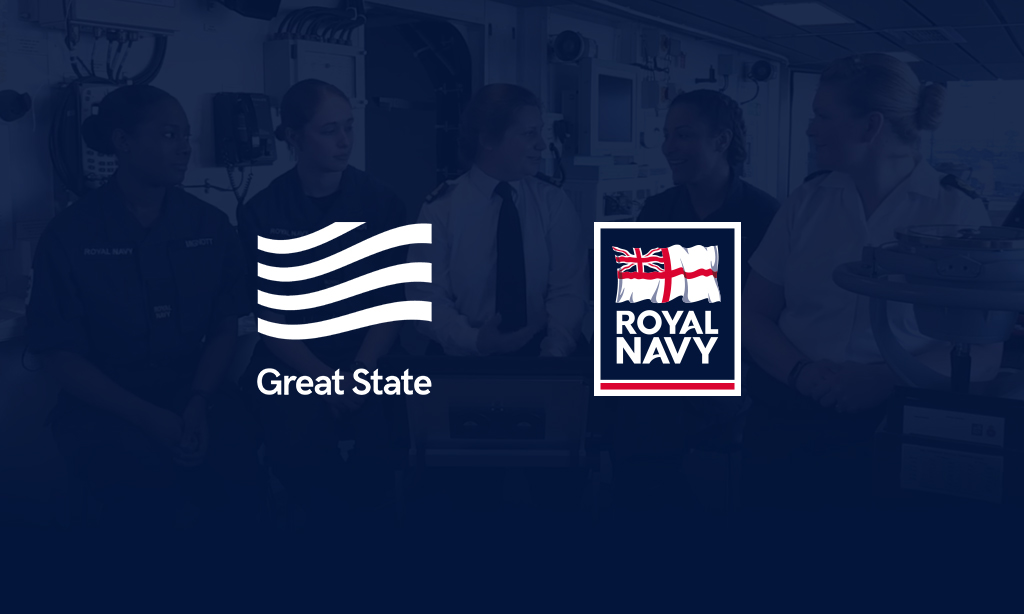 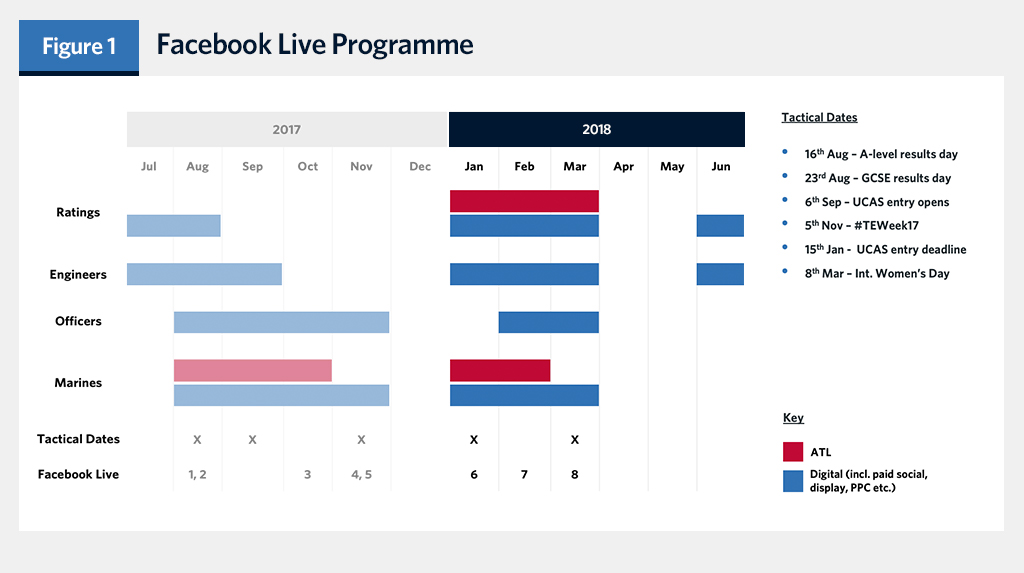 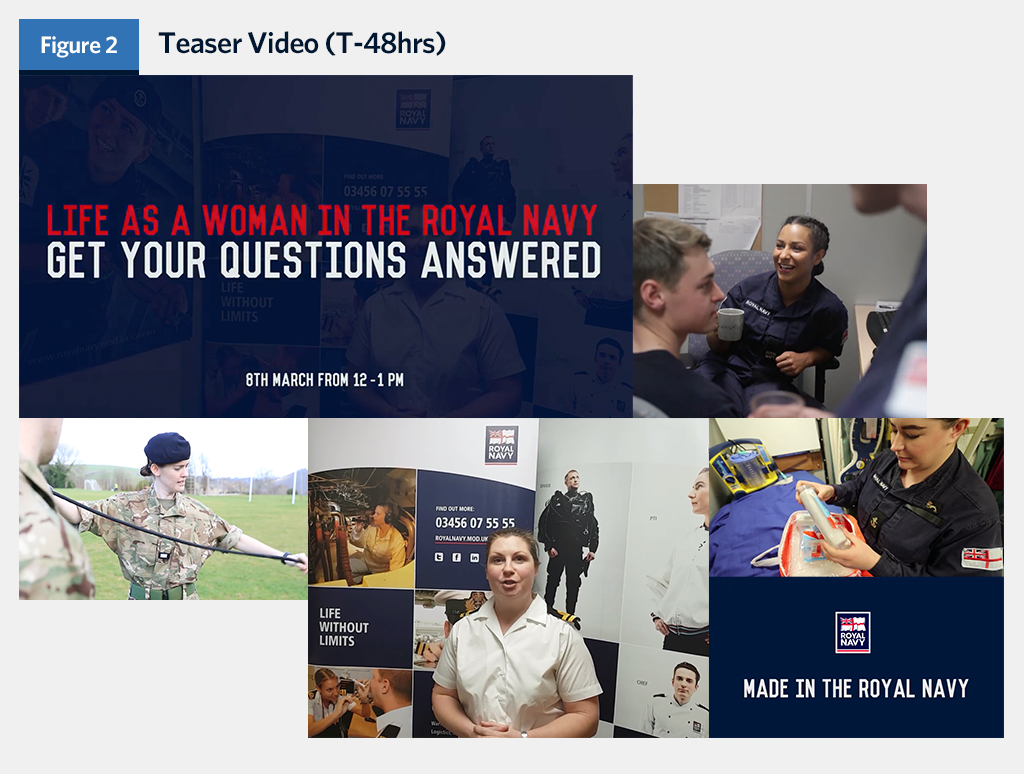 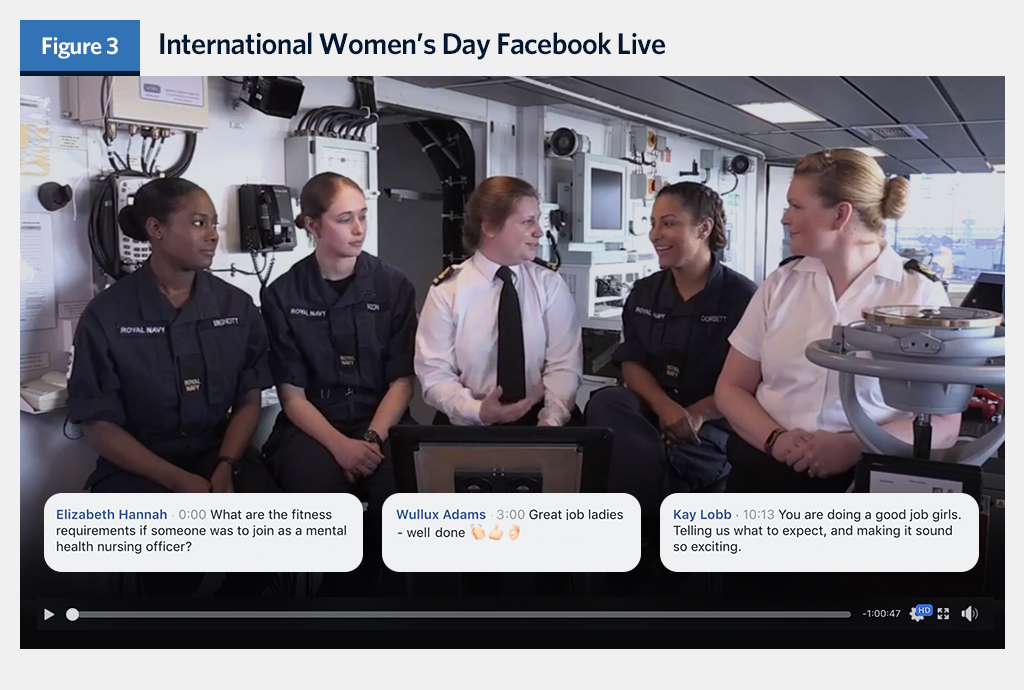