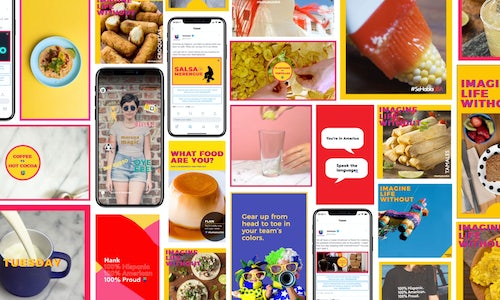 Univision: Imagine a Life Without #SEHablaUSA

If you didn't know, Univision is an American media company that started the nation's first Spanish language television network. They celebrate Hispanic & Latino culture, and cater to the Spanish citizens of the U.S. with their content. It's no surprise that they'd be the first to act upon a sense of growing anti-Hispanic rhetoric in America.

They came to us with quite a big ask. They needed help bringing awareness to the #SeHablaUSA campaign in order to counter the negative talk. We knew we needed to open the minds of persuadable non-Latinos. We had to make Hispanics feel good and proud of the contributions they've made to the U.S. And we had to empower Latinos to be stronger advocates of themselves and all that they've added to the American culture

We owe a lot to the migrant families of the U.S.; they are what make our country truly great.

But, what would life be like without them and all they're responsible for?

That's a world no one ever wants to live in.

Through various social executions, Socialfly illustrated the importance of diversity in our country.

We expanded on the #SeHablaUSA platform by developing a campaign that inspired meaningful conversations around Hispanic culture and what it brings to the USA, and how it is integrated into the American identity.

This multi-platform social campaign leveraged a range of tactics that encouraged user engagement and response.

We did this by asking the question: "Could you 'imagine life without' Hispanic flavor?"

The answer? A resounding ¡NUNCA!

Through the use of Twitter Polls, we challenged users to choose between their favorite things brought to the US by the contribution of a Latino. Did you know, we all have a Cuban-American to thank for creating the greatest eCommerce website on the planet? I mean, free two-day shipping AND entertainment? You just can't beat it. So, which one is more important to you: free two-day shipping or streaming? How could one decide? That's loco.

Utilizing Facebook & Instagram Carousels, we questioned users, asking them to make a single choice between their favorite go-to Hispanic foods: burritos, tacos, or quesadillas. Which could you live without? (None, in our opinion.) Tacos reigned supreme, but conversation was sparked. One fan even noted: "You should have asked 'Can you imagine a life without tortillas, because without them, you couldn't have any of these!'" He got us, there.

We leveraged video across Snapchat, Instagram story, Instagram, and Facebook to further tell the #SeHablaUSA story. Did you know Mexican, Guillermo Gonzalez, invented one of the first color TVs? He received a U.S. patent for it in 1942. Imagine weekends without a Netflix binge. We don't want to. We even featured creative of burritos disappearing into thin air, a world we never want to see.

To round it out, we celebrated with Giphy stickers made available for use on Instagram stories. Our favorite? We'd have to go with the dancing Chihuahua.

Could you imagine life without Hispanic flavor?

On Facebook & Instagram, we generated 7.7 million impressions, and 1.1 million engagements. With the brand awareness and video views campaigns alone, we garnered over 250,000 of those engagements, which was added value for the campaign based on their intended objectives.

Our creative accomplished an engagement rate of 35.02%- six times better than the 2017 Univision produced campaign. Our burrito post was so memorable, Facebook reported an estimate of a 9,140 ad recall lift (people.)

Video for Univision: Imagine a Life Without #SEHablaUSA 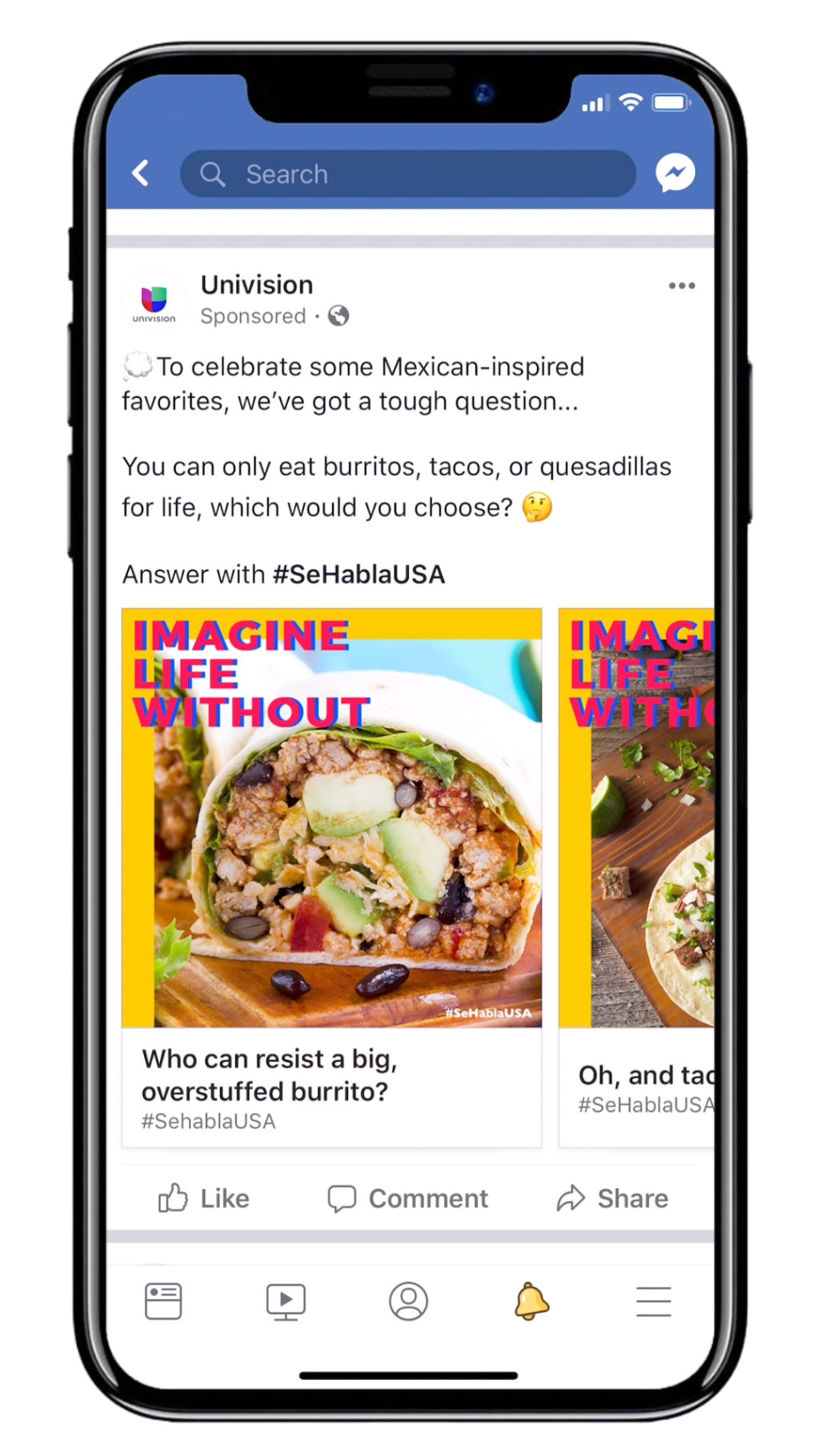 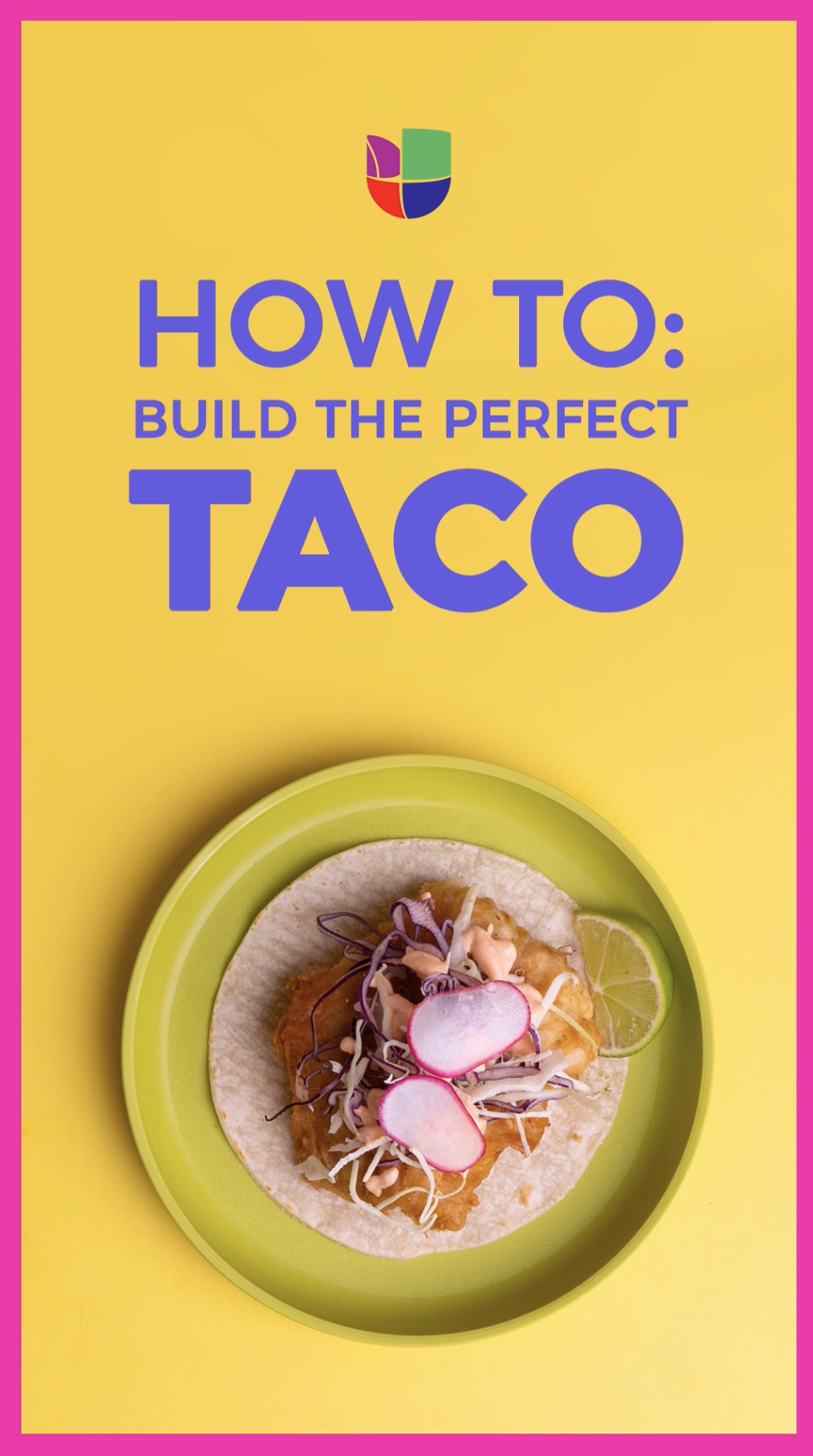 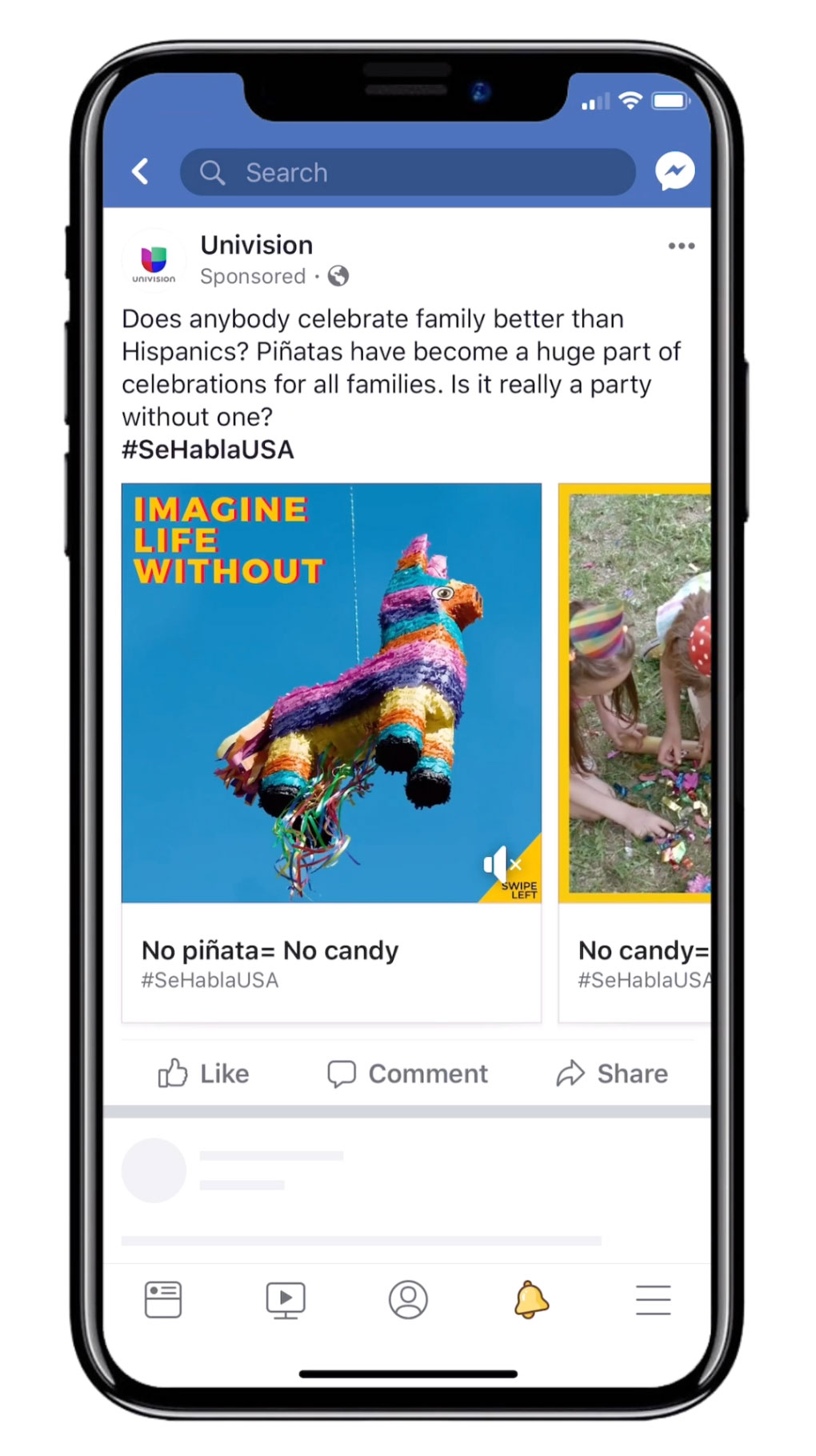 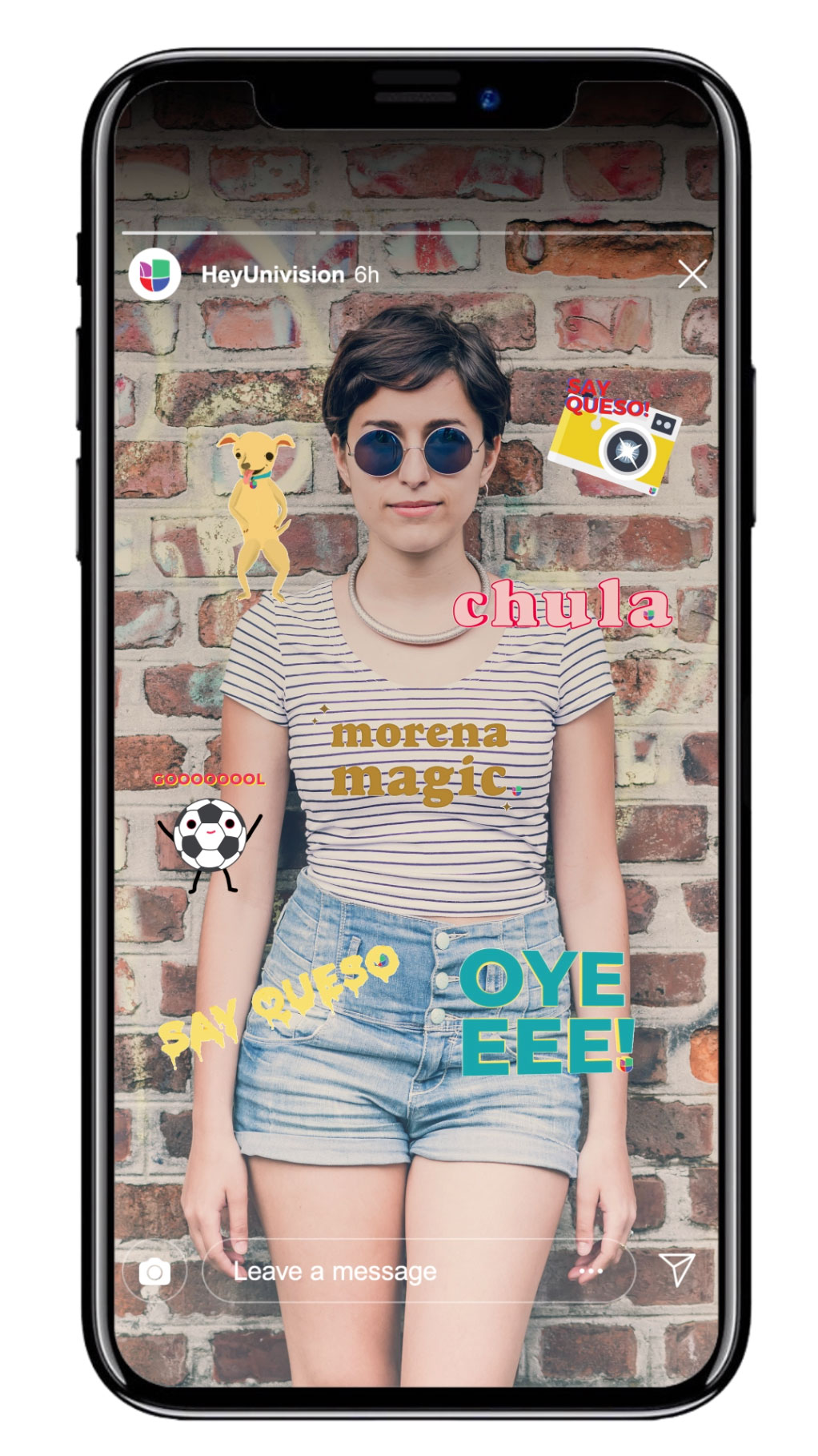 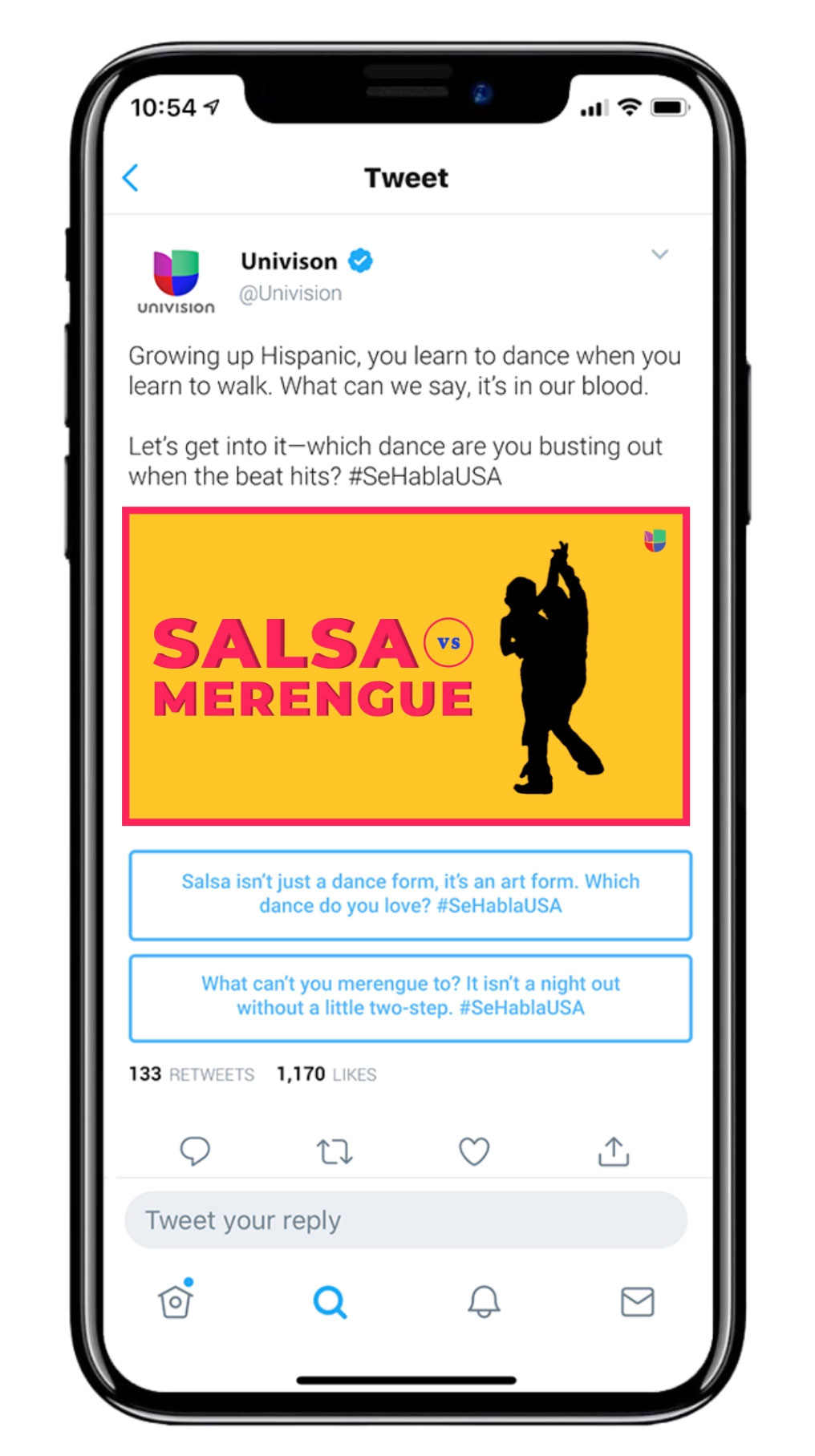 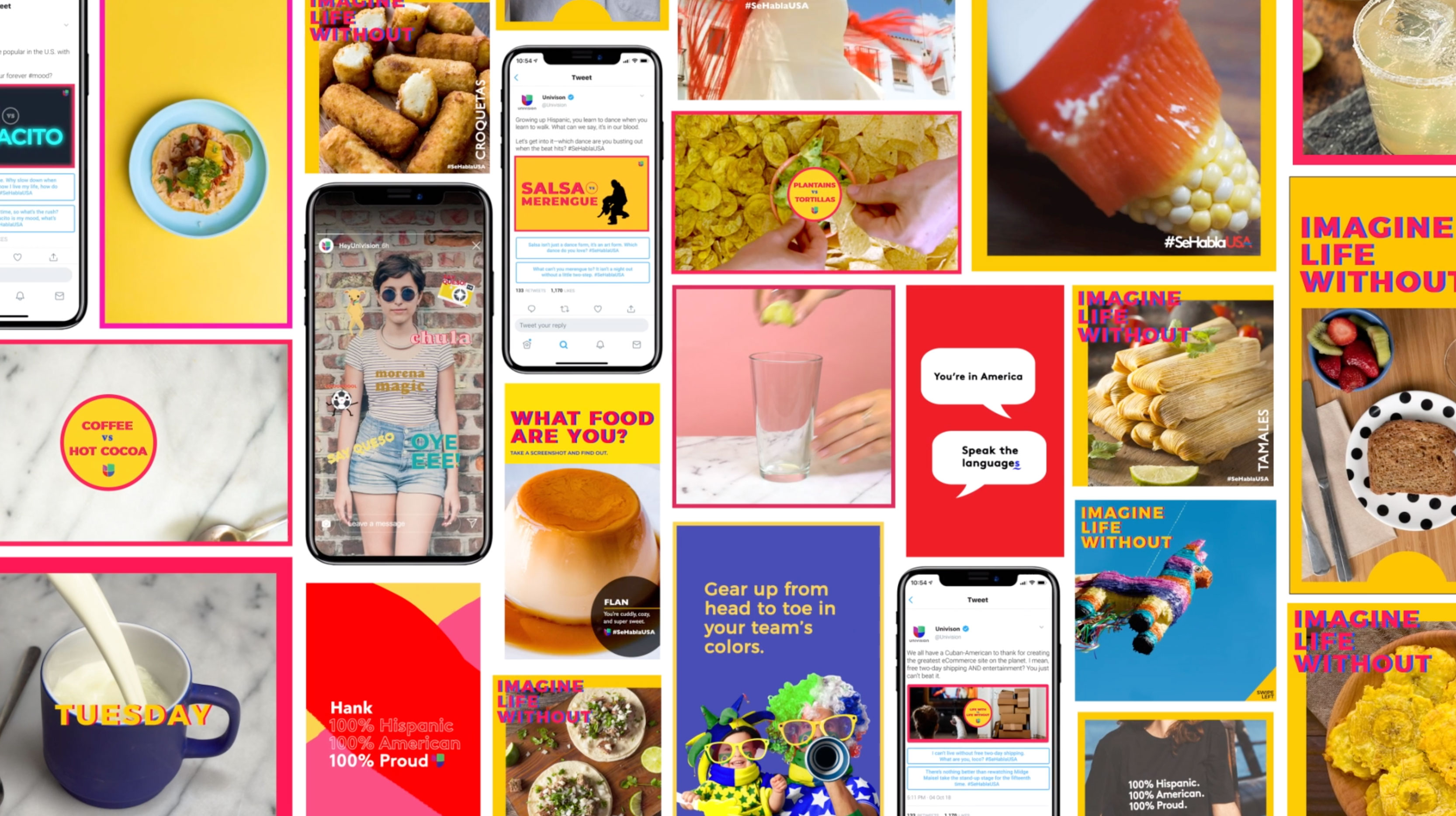 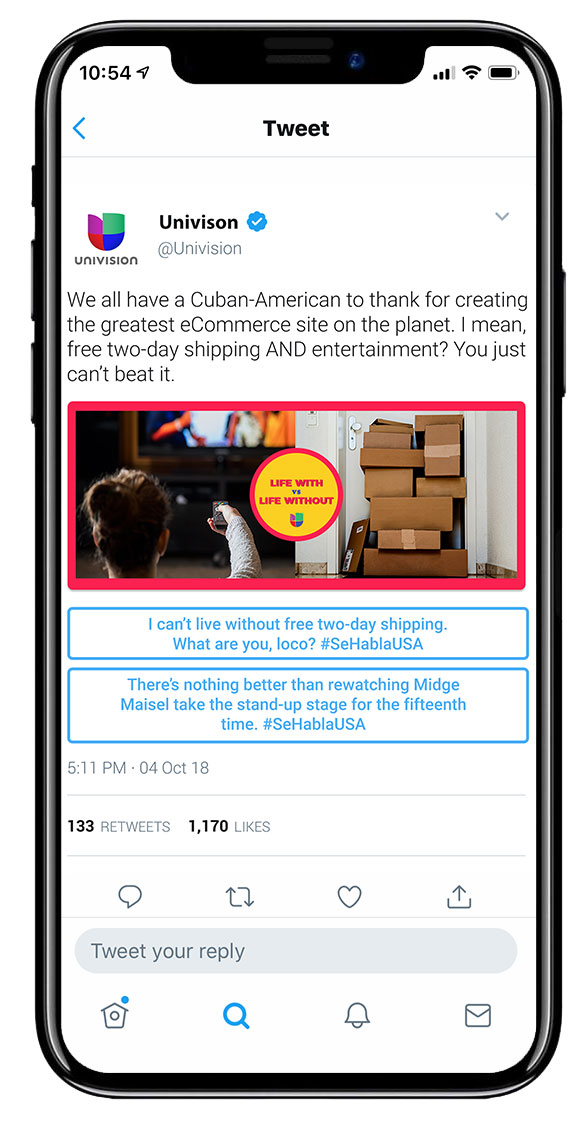