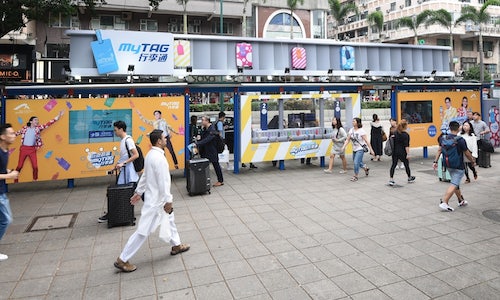 Hong Kong International Airport (HKIA) has been leveraging smart technologies to provide passengers with a pleasant and hassle-free journey. In 2013, we launched a mobile app "HKG My Flight" (My Flight app) and later a smart luggage tag "MyTAG".

With the app, passengers can easily master their itineraries and navigate in the terminals. Key features of the app include real-time flight information and boarding alert; indoor navigation and airport signage translation into nine popular languages using the built-in iBeacon and AR technology. Passengers pairing up the MyTAG with the app will receive notifications when their luggage are about to arrive at the baggage reclaim carousel at HKIA.

In order to retain existing users and recruit more travellers to use our app, over the years, we have updated the app with a number of new features. We have received numerous awards recognising our use of smart technology. However, the download rate of the app and sales of MyTAG had reached a bottleneck. We encountered difficulty in getting into the radar of the wider public.

Our objective of the campaign is to let more people know about our app and MyTAG, and boost their usage rate. However asking people to download a mobile app is not easy unless they have a first-hand experience of the app and find out the beauty of it.

Instead of just using a single-dimension method to promote the app and MyTAG, we developed an integrated campaign bringing experience to the public through traditional channels, social pages, and out-of-home engagement.

To reach the general public of Hong Kong, we decided to bring our products from HKIA to the heart of Hong Kong, turning digital experience to real-life interactions, supported by social and traditional media promotions.

Our three-week campaign was launched in November 2018, a month before the peak travel season of Christmas. During which, we turned a bus shelter in one of the busiest areas in Hong Kong into a showcase for the promotion of My Flight app and MyTAG.

We picked the bus shelter on Nathan Road in Tsim Sha Tsui for our campaign. Tsim Sha Tsui is home to office buildings, hotels, shopping malls, recreational parks and churches. It captures worldwide travellers, locals from offices nearby, youngsters and families hanging out on both weekdays and weekends. Nathan Road also serves over 20 bus routes to all parts of Hong Kong. Moreover, our bus shelter is right outside the Tsim Sha Tsui metro station, one of the stations with the heaviest traffic in Hong Kong.

The 16m-wide bus shelter consists of three double-sided panels. One panel was made transparent to house a mini baggage reclaim hall with the full set of MyTAGs sitting on the kinetic belt and miniatures of passengers surrounding it. A TV was installed on the other panel allowing passengers to play a video game to win free MyTAG redemption cards. The rest of the panels either showcased the functions of My Fight app or played the TVC of the app. To catch the eyeballs of passers-by from both sides of the street as well as passengers on the upper deck of buses, we designed a special shelter top by building a gigantic kinetic baggage reclaim belt on it, with colourful luggage rotating around the front and back sides of the bus shelter.

To add more excitement to the campaign, and at the same time encourage more people to use My Flight app and MyTAG, we developed interactive elements to the campaign. Promoters were arranged at the bus shelter to demonstrate the use of My Flight and facilitate the TV game. But at the same time, people who downloaded My Flight on their phone could show our promoters to receive a complimentary MyTAG redemption card. Our bus shelter also provided complimentary WiFi for members of the public to download our app right away.

To amplify the publicity, we utilised Facebook to target audience who love travelling to join our campaign. On our official Facebook page, we released one feed to motivate people to visit our bus shelter, and one feed to educate people the major functions of My Flight app. But in between, we launched two interactive Facebook games to give away MyTAGs – a content format embraced by locals in Hong Kong. We also engaged with a few travel-focused Facebook pages to introduce our campaign to motivate participation.

Last but not least, we collaborated with a top travel magazine in Hong Kong, U Magazine, to promote our campaign through their printed version and Facebook page.

Our integrated campaign successfully raised awareness of MyTAG and My Flight app through our offline bus shelter activation and our online engagement. We gained strong engagement on Facebook with earned social impressions from the public. Positive impacts have been observed in the no. of app download.

For our bus shelter campaign:

MyTAG and My Flight app: 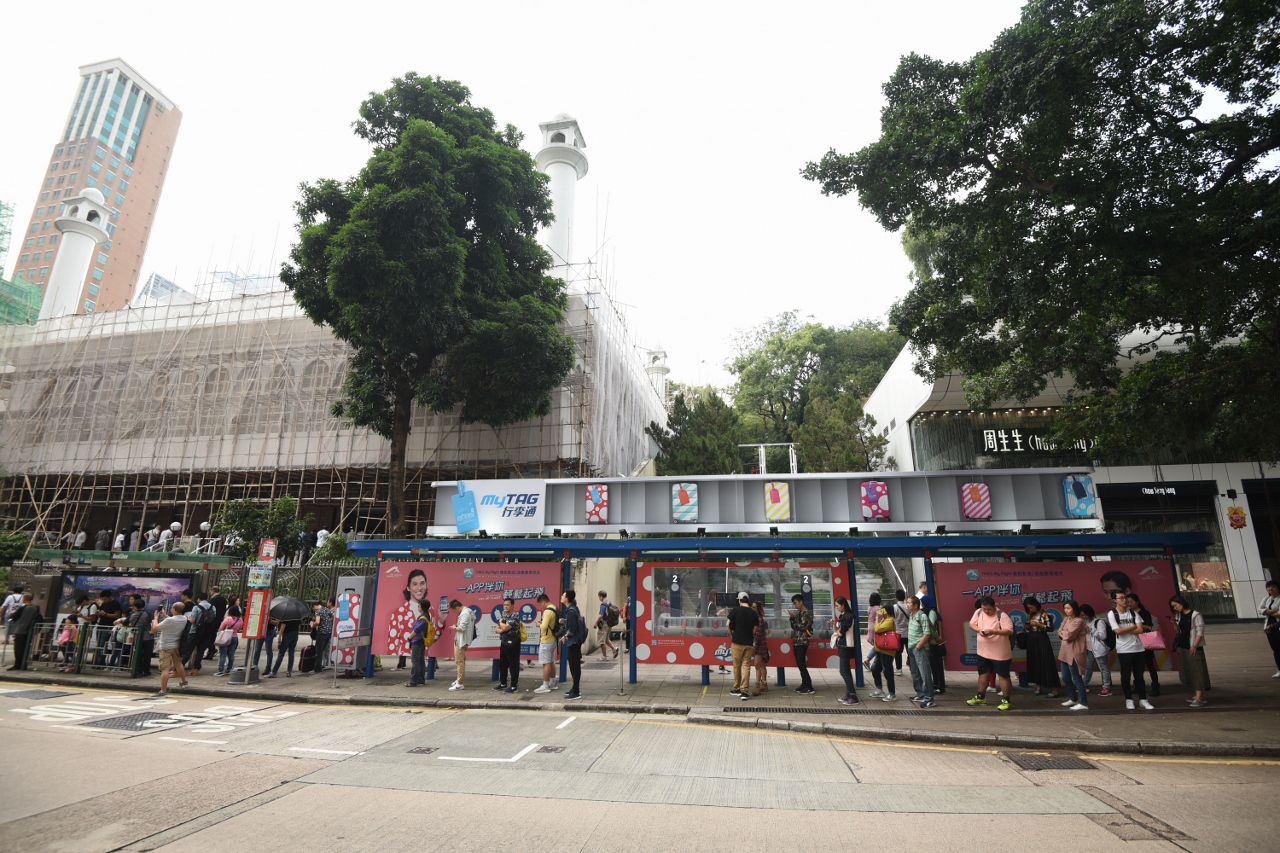 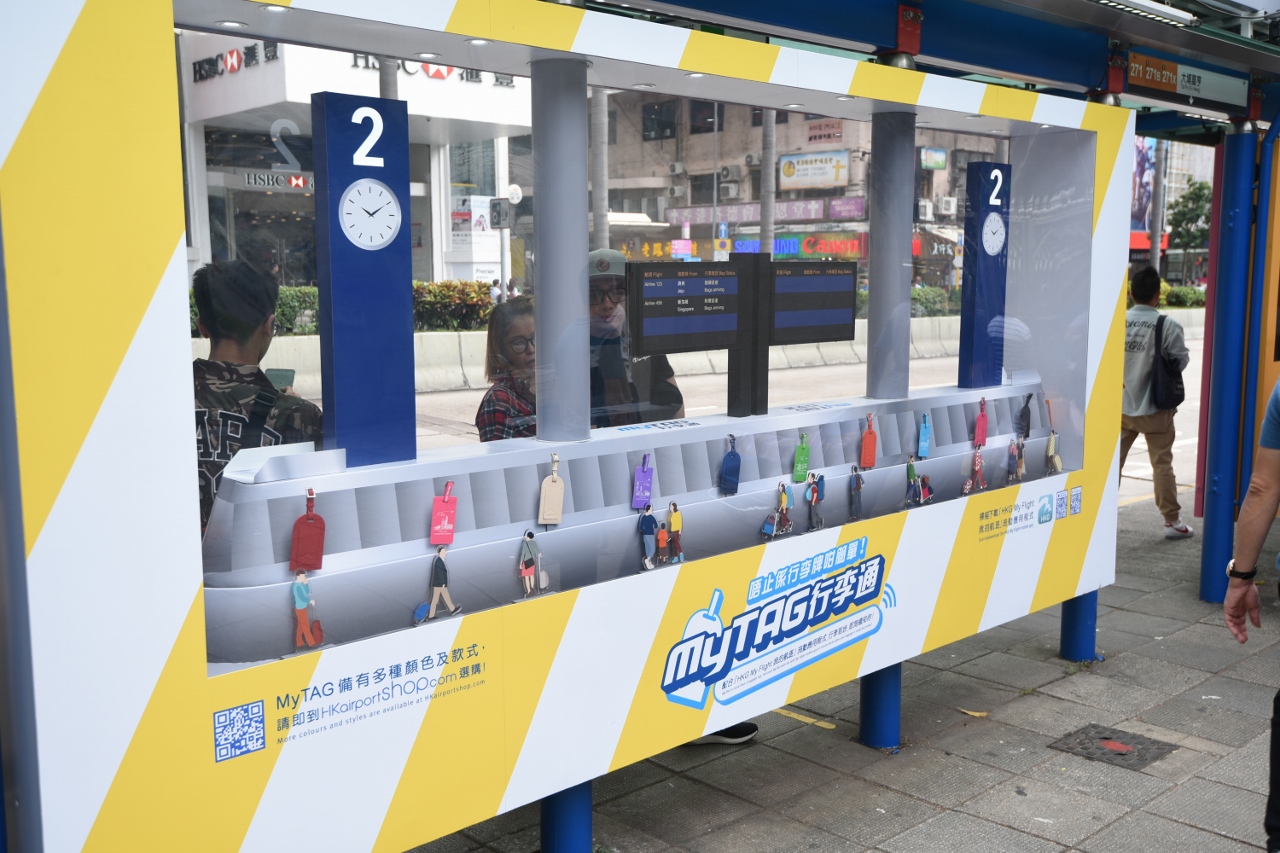 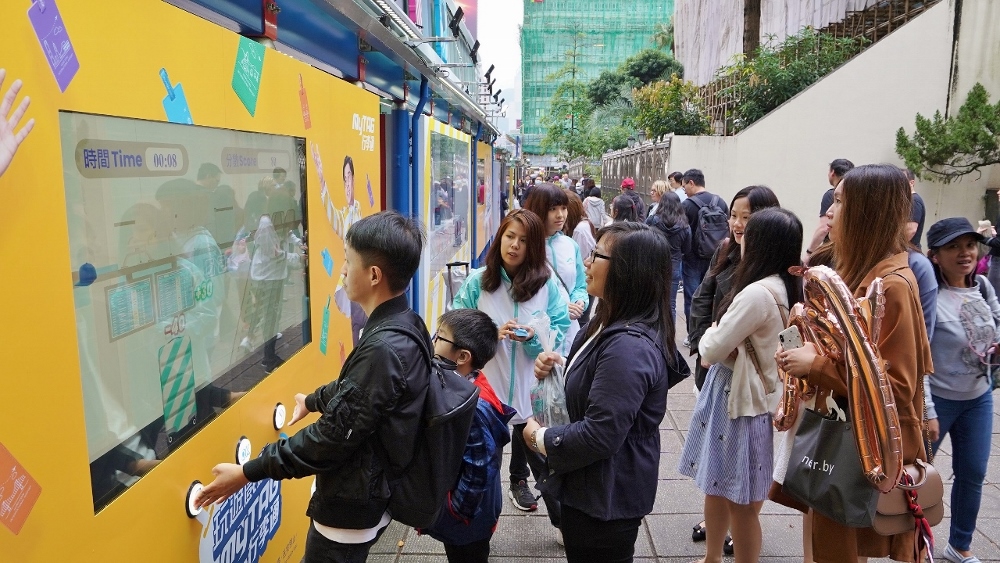 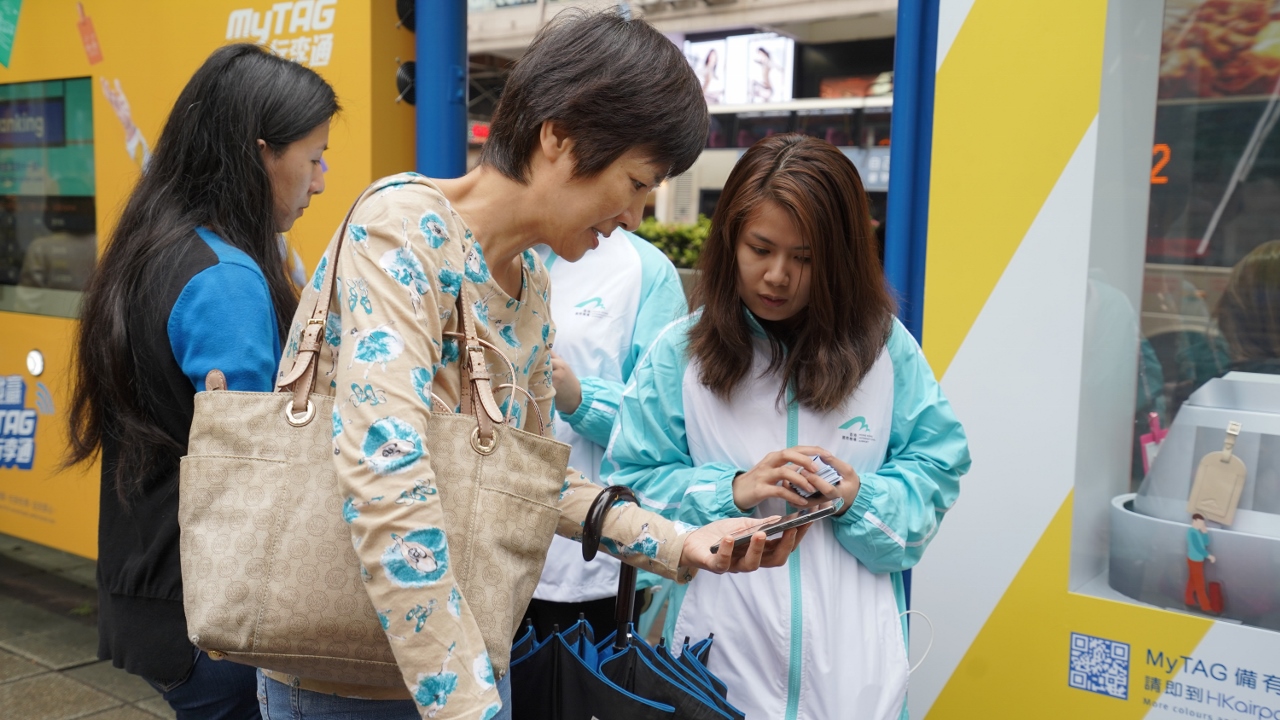 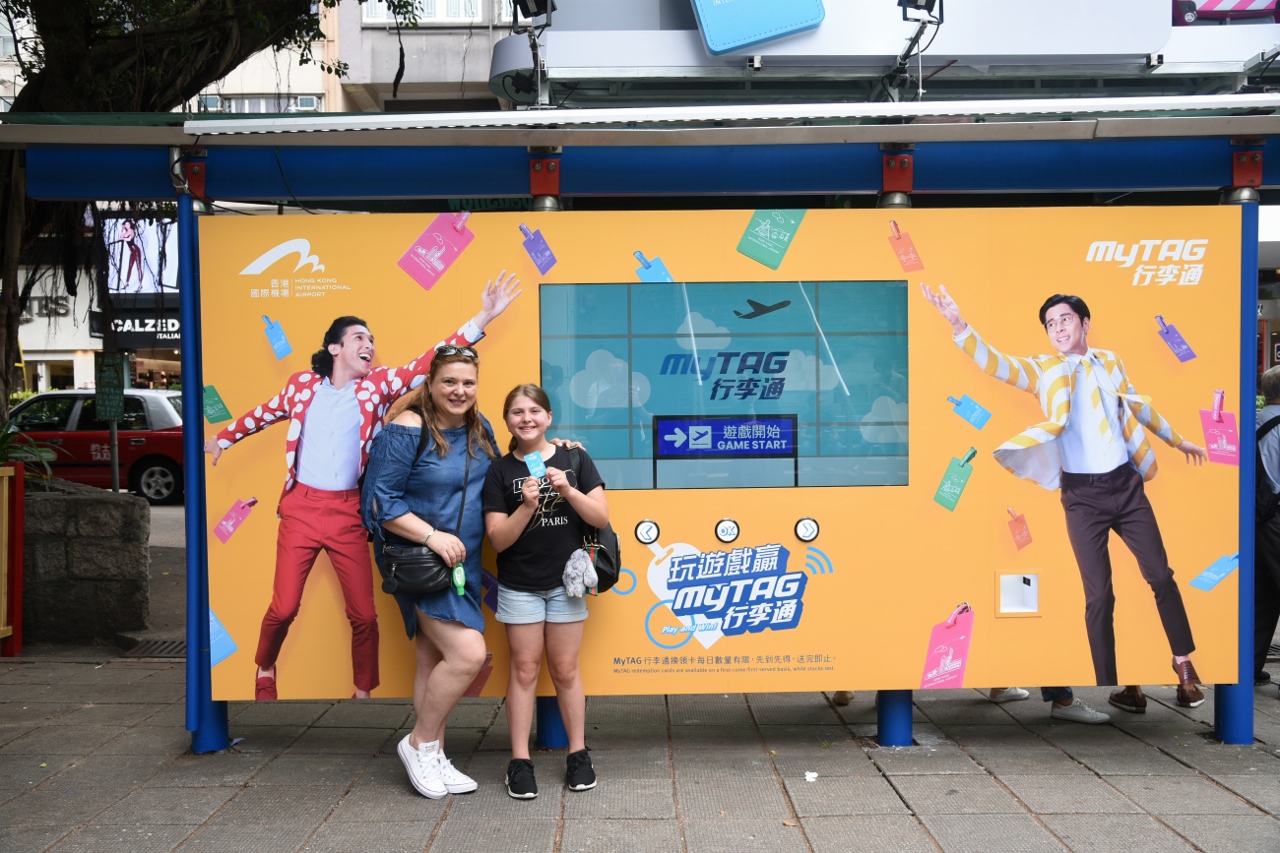 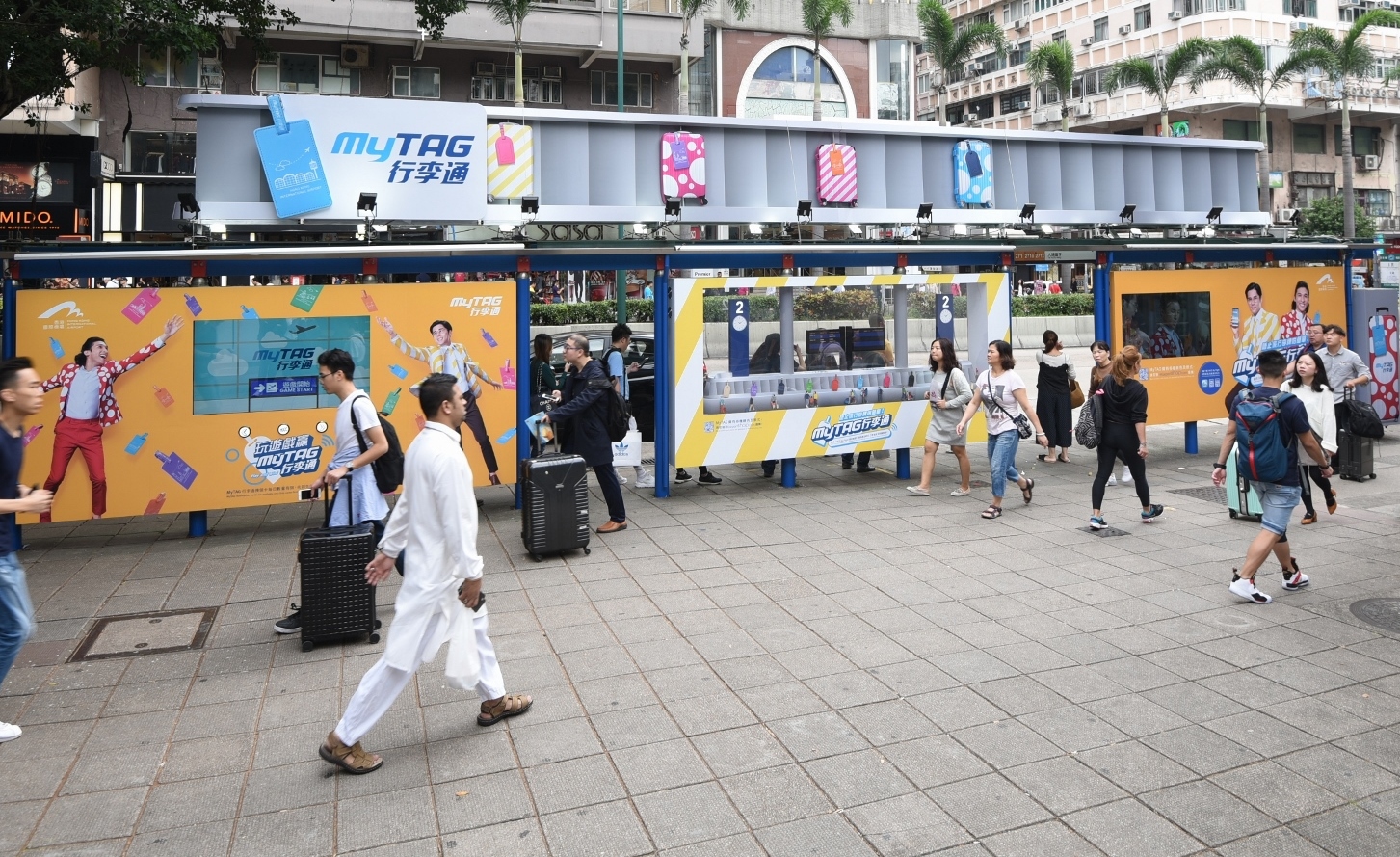