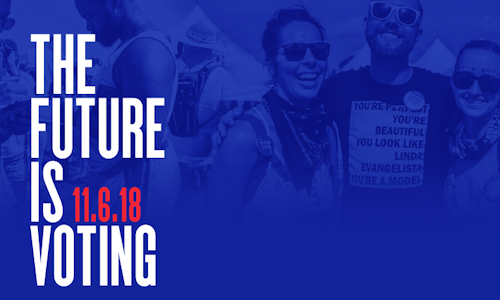 As a society, we celebrate firsts - kiss, love, car.

But, voting isn't one of them.

If it was, then the 2014 midterms wouldn't have had the lowest turnout in 70 years, with only 17% of voters under 25. Since then, our political climate has dramatically changed, and over 15 million eligible voters have turned 18 since 2014. That's enough to rival the majority voting party: Baby Boomers. For the first time ever, the future has the power to control the vote.

Leading into the Midterms, HeadCount - a non-profit, non-partisan voter registration organization - sought to register as many people as possible. Traditionally, they reach potential voters on the ground at music festivals and events, but this campaign needed to reach even more people... where they always were: online.

We needed a clear message that would inspire both action and advocacy amongst the newest voters (18-24 year olds). And, we needed to sustain their interest and get them to the polls.

Our idea was simple: highlight the opportunity waiting for this new generation of American voters… that, for the first time, they could have the largest and loudest voice if they embraced it.

We set out to turn everyday people into "influencers," turning their smartphones into megaphones.

With a digitally-led campaign, we looked to highlight issues over parties, arm new voters with personalized ways to share and get involved in politics, and get more people to the polls for the 2018 Midterms.

We traveled the country to create an anthem film that served as a rallying cry. This featured a breadth of new voters ready to cast their ballot - from those serving their communities in Flint, MI to BROCKHAMPTON at their recording studio, to March for Our Lives' Emma Gonzalez and David Hogg in Charleston, SC to rodeo riders and celebrities, like Amandla Stenberg, in California. They highlighted key voting issues as a reason to register: free speech, equality, economy, women's rights, security, healthcare and gun safety.

We then launched a "toolkit" for our new voters to use to proudly proclaim their voting status, complete with: videos, Giphy stickers of issue-based "buttons" for Insta Stories, a Snapchat filter, and tons of digital posters and social content.

Next, we took to the streets - at festivals including Bonnaroo and Outside Lands, concerts such as the Beyonce/JAY-Z OTR II tour and even Jim James of My Morning Jacket's custom college tour - with exclusive Levi's jackets, tshirts, totes, issue-based buttons - and our clipboards - to reach new voters.

And, to leave no new voter unreached, we worked with dozens of partners across the nation (Twitch, AdCouncil, Hulu, Pandora, Buzzfeed, Google, Tumblr, movie theaters, radio stations, Taxi TV, and more) to takeover as many screens as possible with our message: #TheFutureIsVoting.

#TheFutureIsVoting contributed to the largest midterm turnout in 104 years, creating a way for a new generation to proudly cash in their V cards - truly impacting America's voting culture.

Our focus on issues turned out to be a major motivator: over 100 women were elected to office; 17 people running on gun reform were elected to the House; Florida's amendment to restore votes for ex-convicted felons passed; Oregon's voters rejected an amendment that would repeal the state's immigrant sanctuary law, and more.

By Nov 6, 2018, HeadCount had tripled their previous highs for registrations and provided over 500,000 Americans with voter information the week of the election.

And, while there are still many more new voters to register, millions more young Americans voted in the 2018 midterms proving: #TheFutureIsVoting. 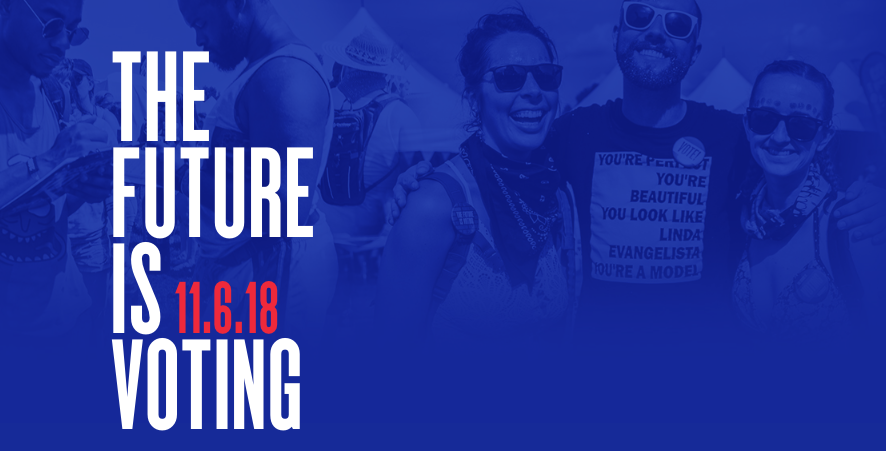 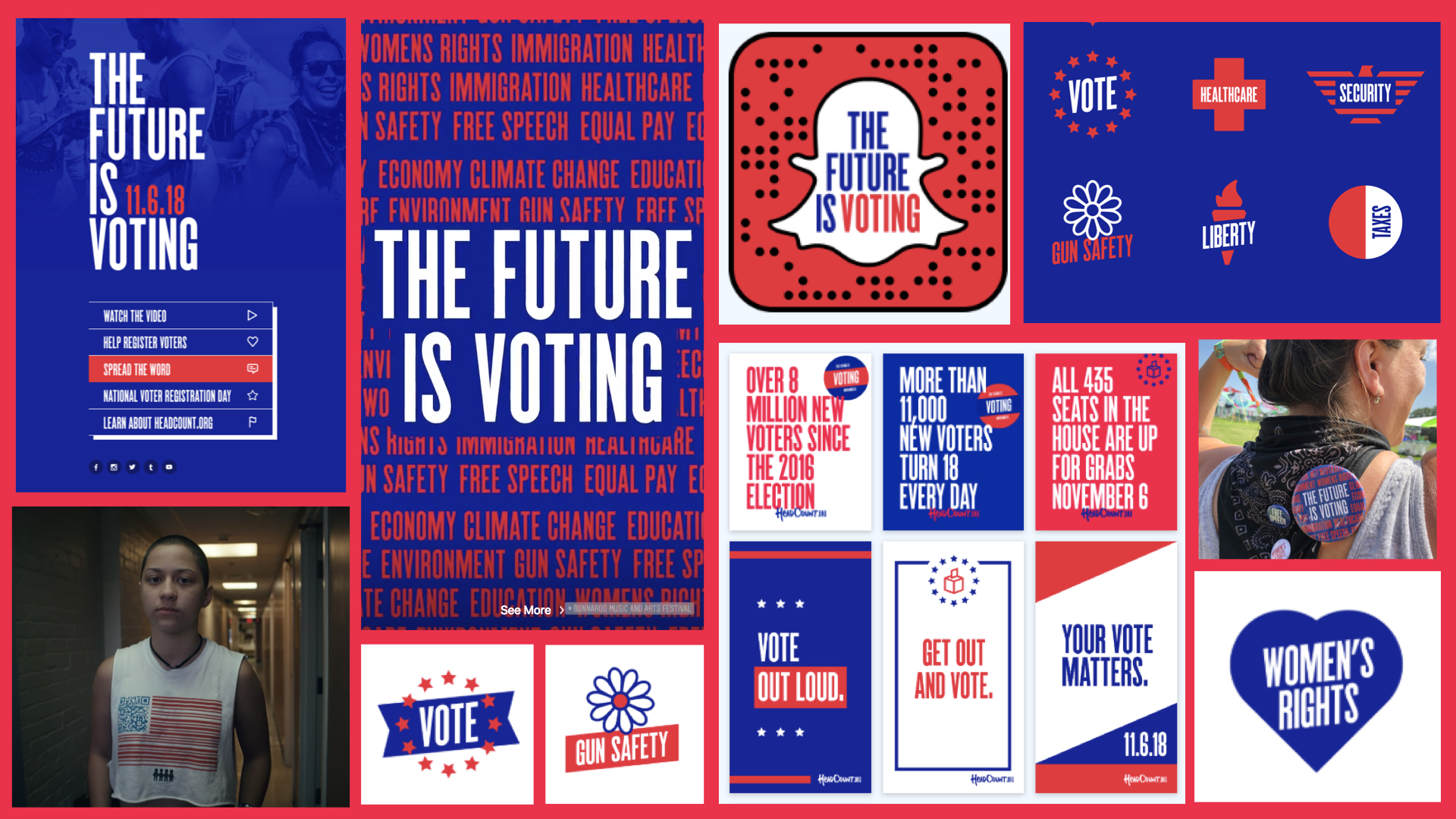 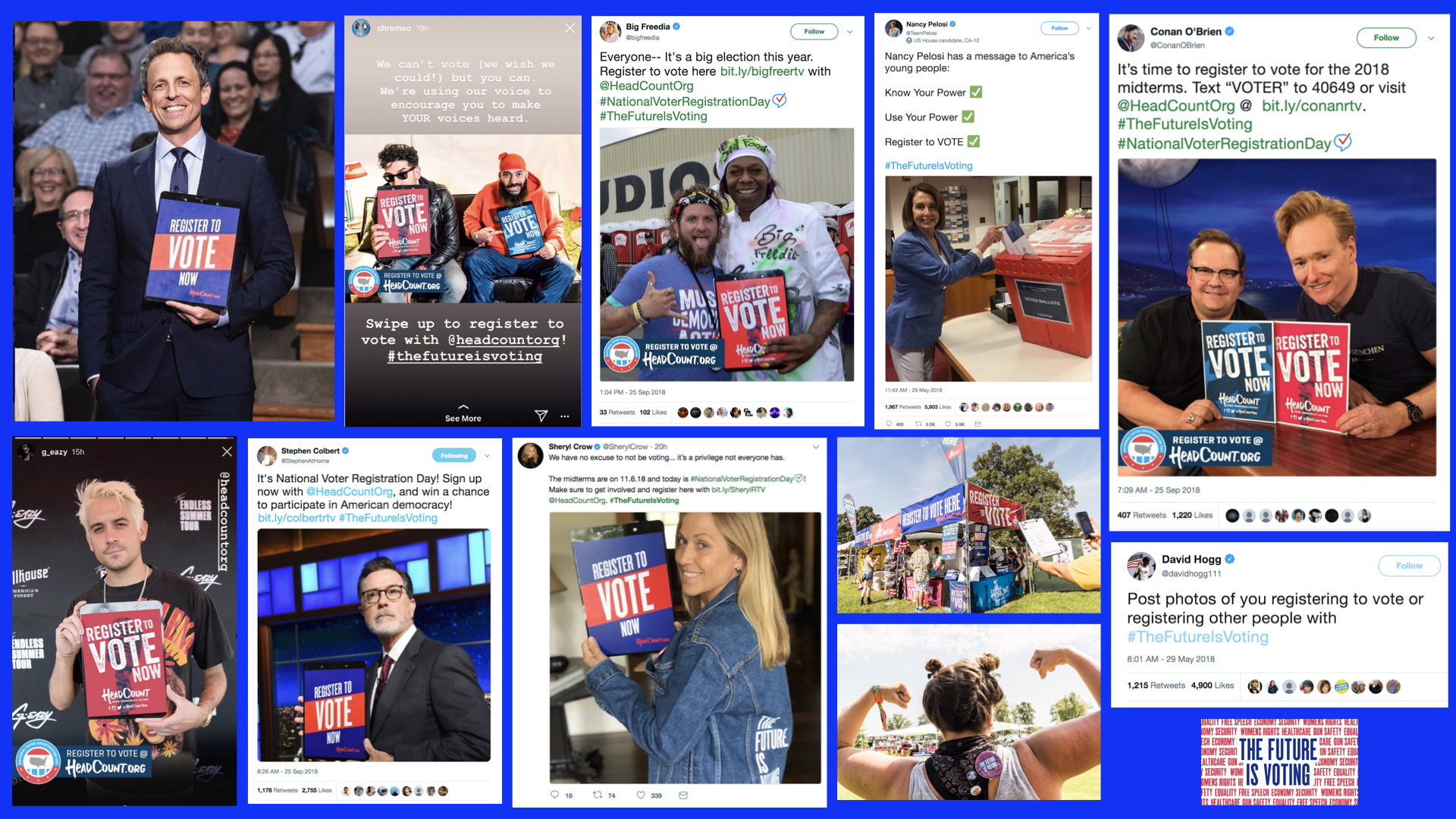 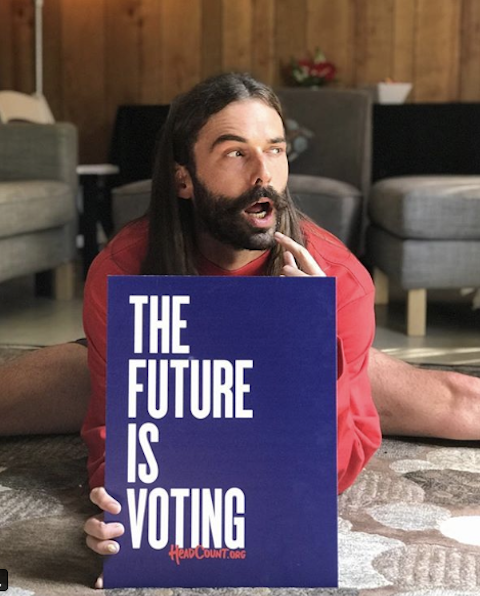