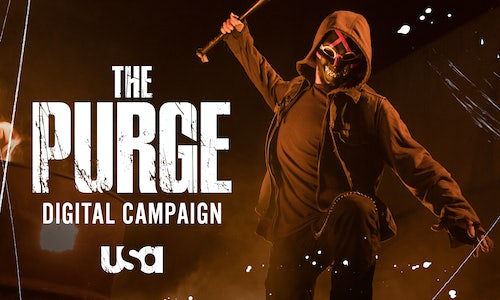 In 2018, USA Network launched THE PURGE, a TV series based on the hit movie franchise from Blumhouse. The series imagines a world in which all crime—even murder—is legal for one night every year. While the clock winds down on this 12-hour period known as "Purge Night," some fight, some hide and others embrace what it means to Purge to its fullest extent.

To bring this hit franchise to television, USA Network launched a robust digital campaign with the intent of reaching and engaging fans across multiple platforms and touch-points. The campaign was designed around the concept of prepare to Purge, a phrase imbued with double meaning; first, an in-world rallying cry compelling fans to consider what they themselves would do on Purge Night and second, a call to action building anticipation for THE PURGE's television debut.

USA Network's robust digital campaign was designed to reach and engage fans across multiple platforms and touch-points and included these main elements:

THE PURGE SHOPPING CHANNEL: A satirical, in-world e-commerce website that encourages fans to "prepare for the Purge" by stocking up on Purge Night essentials. The Purge Shopping Channel ran custom on-air promos within the first two episodes of THE PURGE that revealed special promo codes that fans could use to redeem free products from the site. The Purge Shopping Channel website also hosts seven product demonstration videos, which were featured on-air on USA Network, and a 15-minute infomercial that was featured on-air on SYFY.

THE PURGE AR: An AR game that challenges fans to fortify their homes in order to survive ruthless Purge Night attacks. In this game, fans can unlock 30+ AR objects—including a panic room, barbed wire and bear traps— customize and scale these items to fit their walls and ceiling and then use them to fortify their homes. Then, fans can put their defenses to the test and see if they have what it takes to survive Purge Night. As fans clear increasingly difficult stages, they get rewarded with additional AR objects to safeguard their homes. This AR experience is available on Android and iOS, with additional multiplayer functionality on iOS.

THE PURGE: MASK CREATOR: The Purge franchise is known for its iconic imagery, including highly stylized masks that people wear on Purge Night. This interactive mask creator compels fans to prepare to Purge, by letting them customize their own Purge masks. Fans can then overlay their designs on their very own faces and share their custom creations with their social networks as either still images or video.

THEPURGE.TV: A custom microsite built to house custom content created for THE PURGE's digital campaign and intended to drum up excitement and anticipation for THE PURGE's television debut. This sleek, video-driven site offers fans moody teases, official trailers, a sneak-peek at the series and behind-the-scenes interviews. The site also hosts the post-credits scene from THE FIRST PURGE movie (released 7/4/18) in which a man in a workshop is forging a metal mask, preparing for the next Purge. This seemingly innocuous scene is actually the connective tissue between THE PURGE movie franchise and THE PURGE television series; what the man in the workshop is really doing is preparing for THE PURGE television series (released 9/4/18). This scene seamlessly sets up the film franchise's television spin-off and reinforces the theme of preparing to Purge.

THE PURGE digital campaign was extremely successful in reaching fans across multiple platforms, engaging them through compelling video, web and AR content. The microsites in this campaign—The Purge Shopping Channel, The Purge Mask Creator and ThePurge.TV—were highly effective in bringing awareness and attention to THE PURGE television series by attracting a new audience to these digital extensions. With strong traffic and engagement, these microsites ultimately referred a significant amount of traffic to THE PURGE's general show site on USANETWORK.COM, where fans could watch episodes, gather scheduling information and read more about the series. The Purge AR app, which was featured in the Apple App Store under the "Experience it in AR" section, was very popular with fans, with most users attempting to survive the Purge Night multiple times. The number of app users who were "Purged" within the experience (ie: who were unsuccessful at surviving Purge Night) is comparable to the entire population of Daytona Beach, Florida. 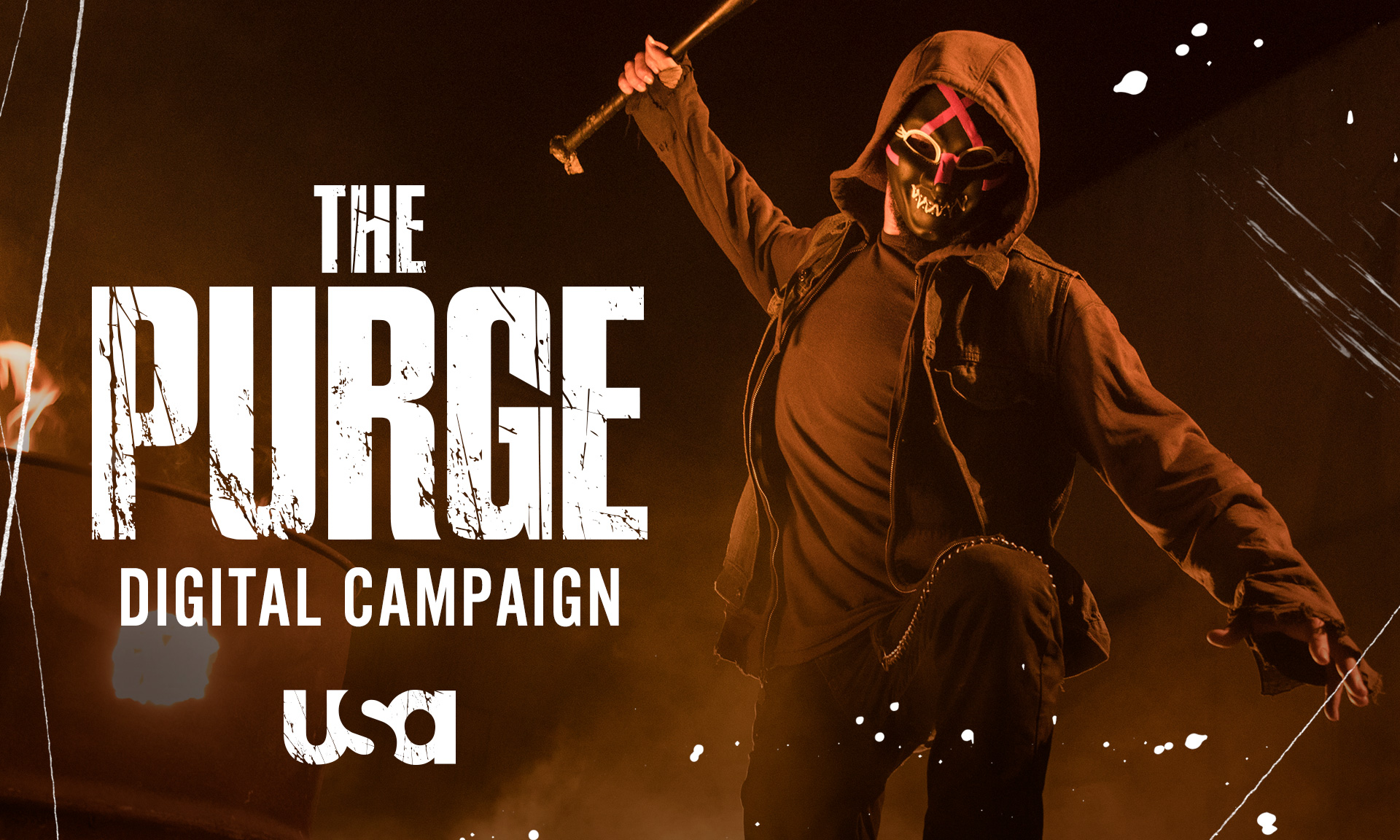