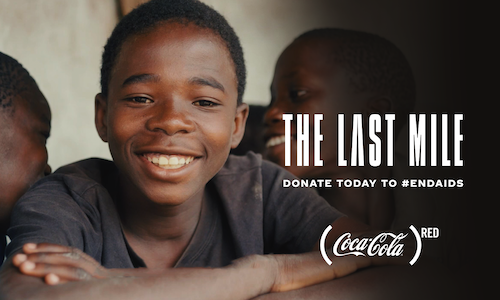 At the height of the HIV/AIDS epidemic, the film "Philadelphia," introduced compassion into an otherwise isolating and divisive conversation, forever changing our narrative on the disease.

Since then, great strides have been made to eliminate AIDS, making it fully preventable. Yet, the disease still affects hundreds of millions of people worldwide: roughly three people every minute are infected; 400 babies are born HIV-positive everyday: and, it remains the leading cause of death among women worldwide. 1 in 5 Africans live with the disease, with nearly 70 percent of residing in hard-to-reach communities.

For the first time, an HIV/AIDS free generation is possible. All it will take is an increase in resources to fight the disease faster than it can spread. At a cost of 20 cents a day, antiretroviral drugs, can protect HIV-infected individuals and prevent further transmission.

So, in hopes of shaking culture into action the same way 'Philadelphia' was able to do 25 years ago, (RED) and Coca-Cola created 'The Last Mile' - a mini doc that invites a new generation to change the future and #EndAIDS once and for all.

This year, on the movie's 25th anniversary, Coca-Cola and (RED) came together to release "The Last Mile," raising new awareness for the very real possibility of ending AIDS during our lifetime.

Philadelphia cast members Tom Hanks, Denzel Washington and Mary Steenburgen, and screenwriter Ron Nyswaner came together to discuss how the film impacted the 90s and what they've seen happen in society since. Their stories are woven together with incredible stories, heroes and efforts involved in the fight against AIDS today. One of these is of a heroic mother in Mozambique who collects and delivers life-saving medicine for her community via Project Last Mile, riding her bike up to four hours a day to do so.

On World AIDS Day, the film was released to a wide audience asking everyone to join the fight to #EndAIDS by donating to (RED) at red.org/cocacola.

The 25-minute featurette, directed by Newtown's Kim Snyder, was released in select theaters nationwide, included in a re-release DVD bundle by SONY, made available on iTunes and Amazon, shared across Facebook, Twitter, and YouTube and on TV by National Geographic.

Knowing that our society today has varied exposure to the disease, we created multiple short films to showcase various angles of the story: mothers in Africa, what it was like during the AIDS epidemic in the 90s, the LGBTQ+ community, the movie Philadelphia's Hollywood influence, Coca-Cola's distribution support and more. These were shared across social with a call to donate. Deeper extensions -- screenings, panels, dedicated podcasts from the Wondery and a Reddit AMA with screenwriter Ron Nyswaner -- invited people to get further involved in the cause.

Since its inception, (RED) has raised over $500 million dollars and positively affected over 110 million lives. As one of their longest, most involved partners, Coca-Cola both directly donates millions to the cause and has created a number of campaigns to raise awareness and donation amongst the general public. This film is yet another expression of their common goal, one that millions embraced.

In one month, The Last Mile secured over 100M impressions - beating internal campaign benchmarks for Coca-Cola across the board.

The film saw over 8 million streams across iTunes, Amazon, YouTube, Facebook and Red.org, premiered to over 88,000 on primetime with National Geographic and caught the attention of thousands at theaters nationwide.

Publishers like Huffington Post, The Hollywood Reporter, Parade and more granted positive acclaim to the piece, resulting in 186M earned impressions. The film even got an on-air shoutout from Jimmy Kimmel in his annual (RED) broadcast on World AIDS Day.

On social, key influencers such as Ryan Seacrest, Karl Schmid, Mary Steenburgen, SONY and Nat Geo supported the the film and asked their fans to donate.

And, with Coca-Cola's pledge to donate $2 million to the cause, consumers joined in donating directly to (RED) and over 400 even started their own fundraisers on Facebook.

Video for The Last Mile 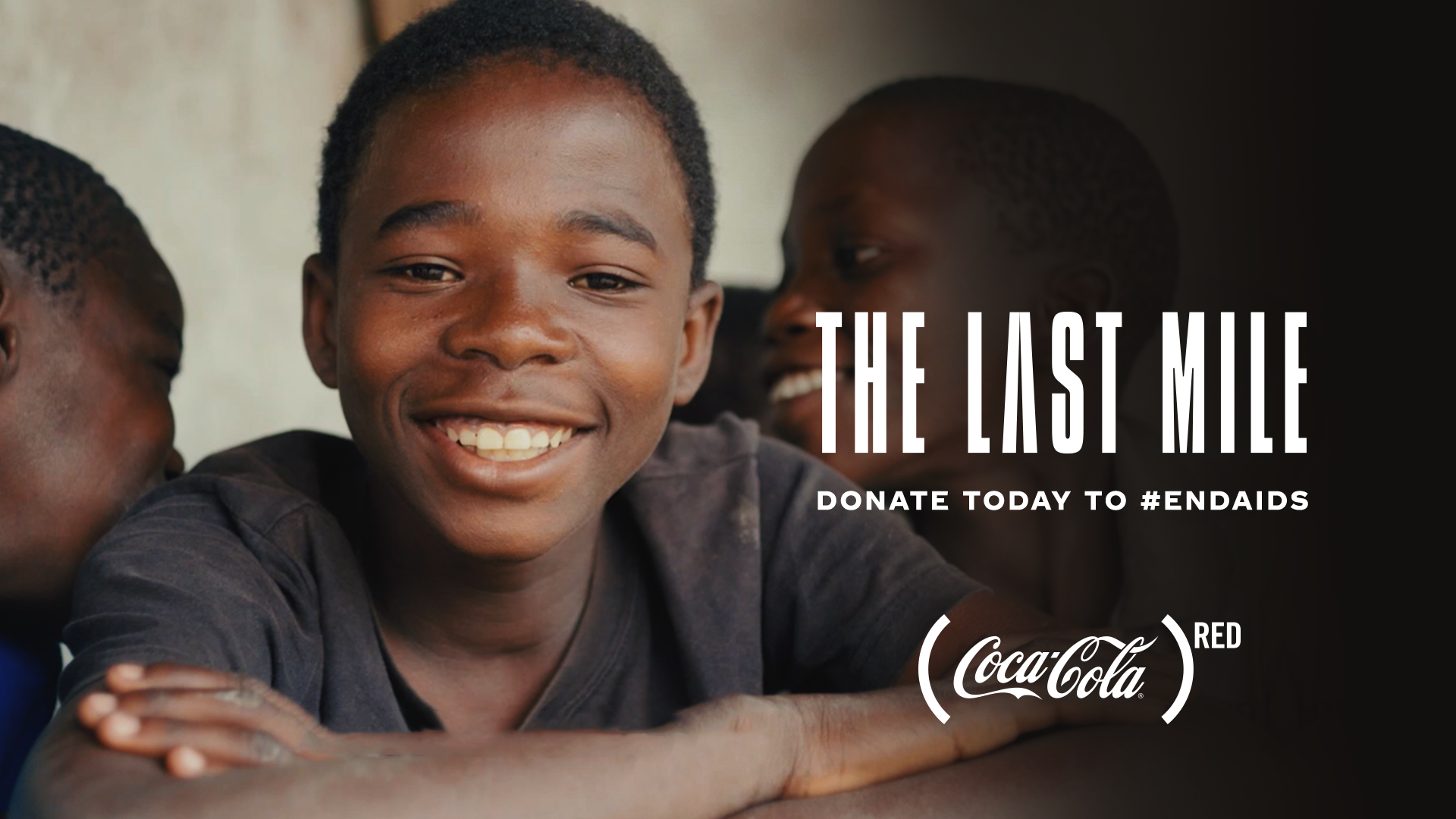