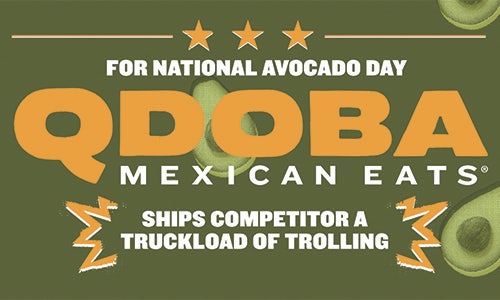 Shipping a Truckload of Trolling for National Avocado Day

Did you hear about Chipotle's attempt at giving out free guac for this year's National Avocado Day? Well...QDOBA did and decided to lend a helping hand with their free-guac expertise. Not only has QDOBA been giving free guacamole with entrées for years, they don't need to rely on made-up holidays or force you to dress up in costume to get the job done. Given Chipotle's newb status, we couldn't resist giving a playful nudge.

That nudge came by way of a delivery truck loaded with 1,616 lbs. of avocados and a social media activation to get the word out. We knew that if we moved quickly to take control of the conversation in real-time, we could react by delivering a message that both resonates with consumers and stays true to the QDOBA brand.

Making the rounds to Chipotle's original flagship restaurant and other Denver locations, we trolled the guac-is-extra giant on its home turf.

While the stunt was live for only one day, its impact lasted much longer. Not only did it generate significant buzz for the brand with over 100 million earned media impressions from BuzzFeed to CNBC and even Reddit, more importantly, the avocados were donated to the Food Bank of the Rockies and helped feed the hungry.

Video for Shipping a Truckload of Trolling for National Avocado Day 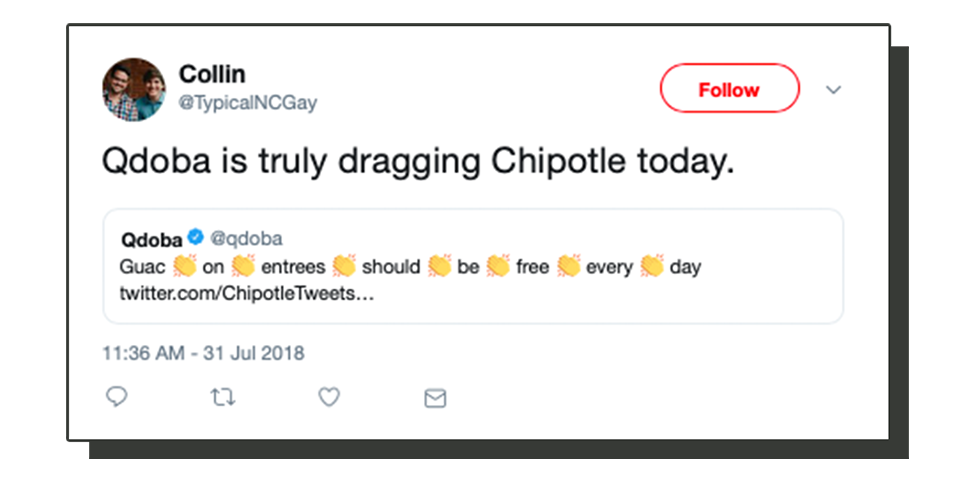 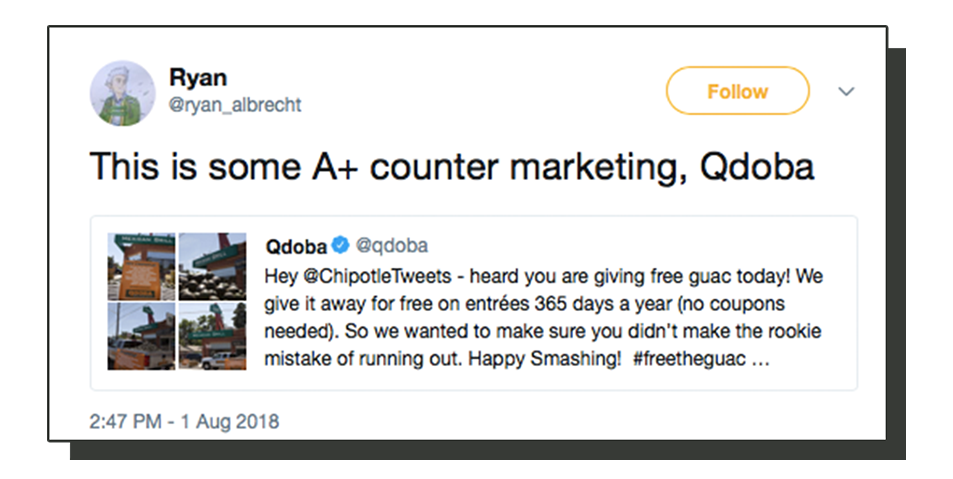 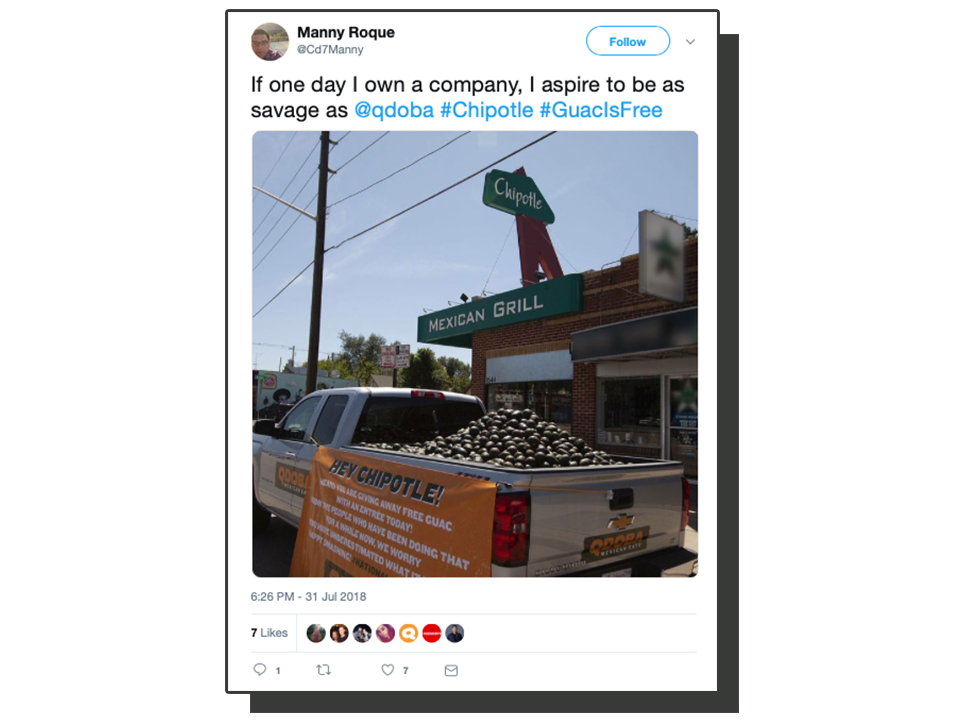 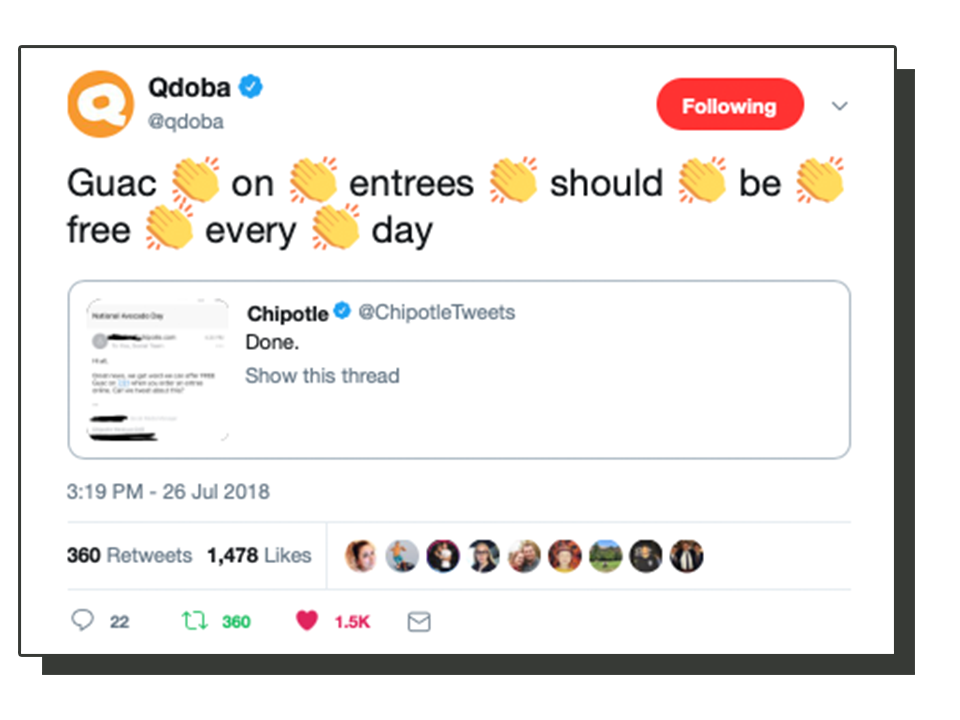 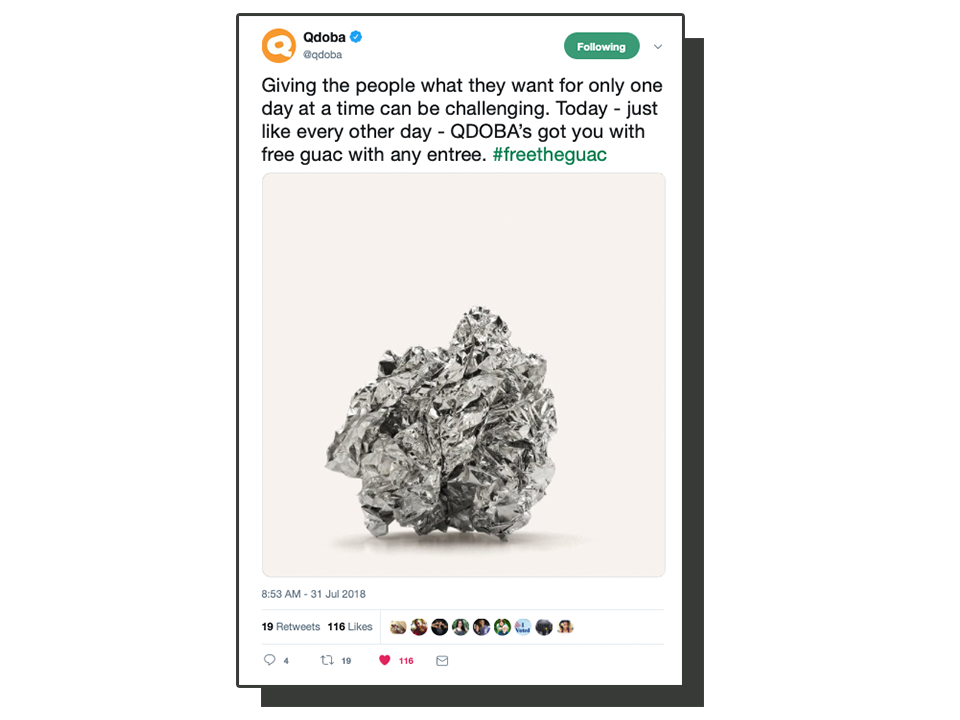 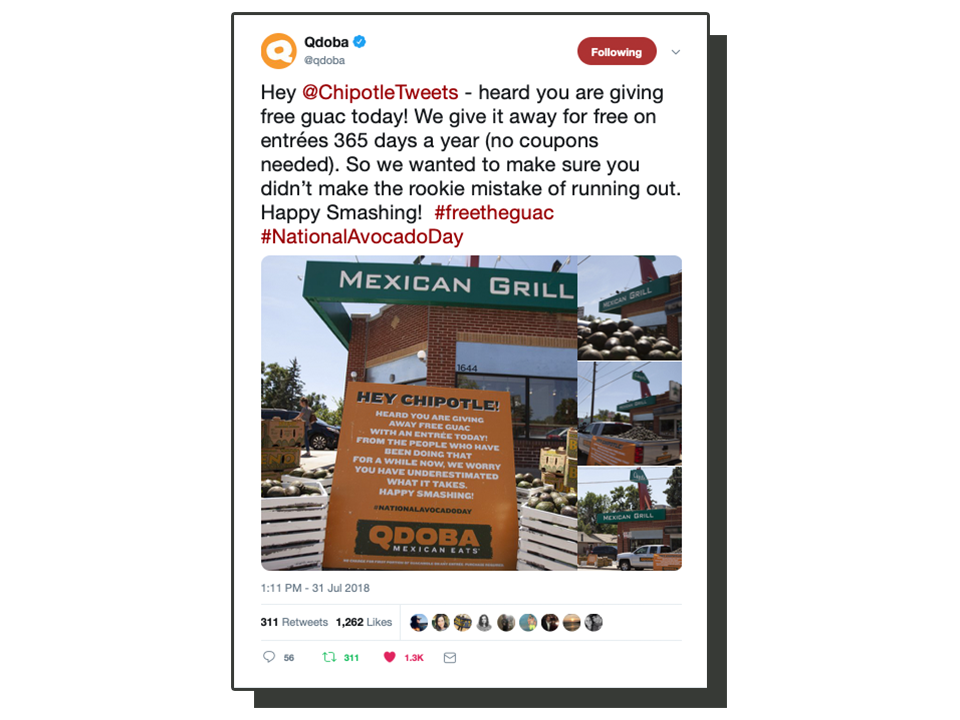 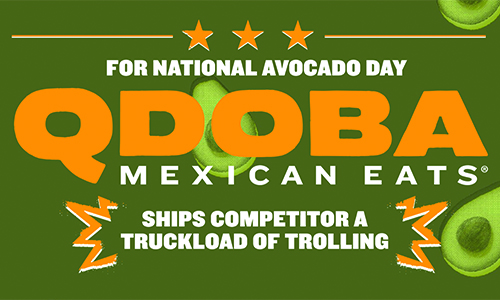 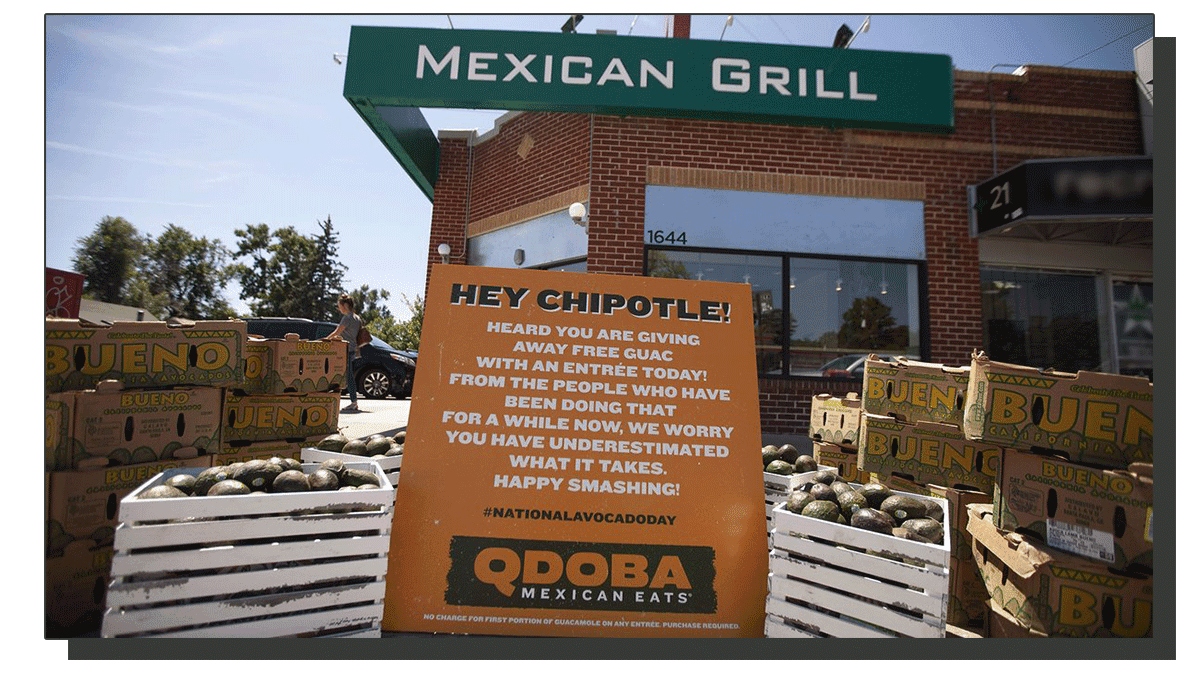 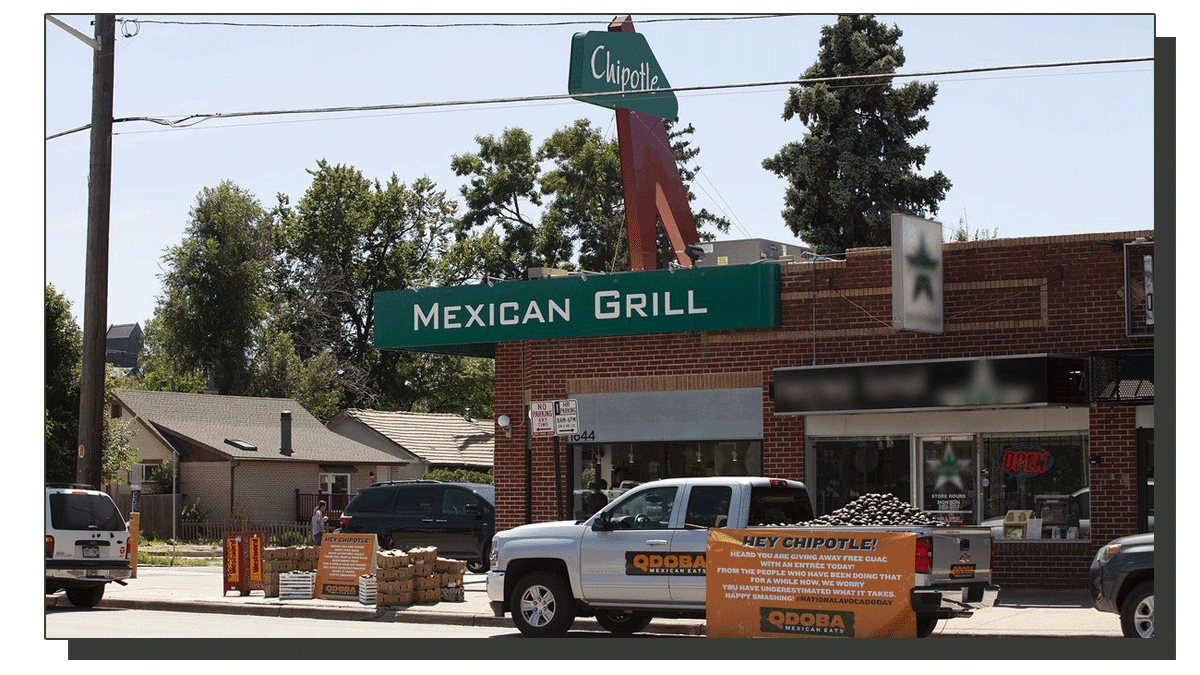 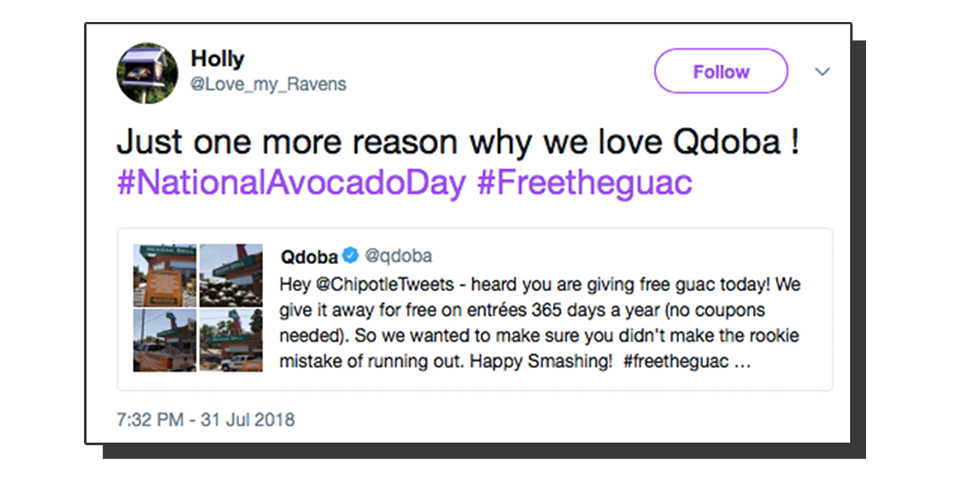