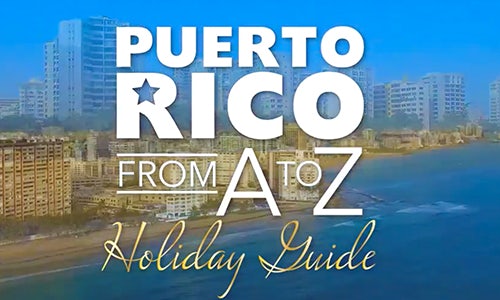 Puerto Rico A to Z

Not only one, but two category-five hurricanes landed upon Puerto Rico in less than two weeks. Needless to say, our challenge was the promotion of Puerto Rico amidst the devastation, taking into consideration that the longest holiday season in the world, our own, was about to start.

In essence, our primary objective was to show the world that Puerto Rico was open for tourism as the unique owners of the longest holiday season in the world.

It became essential to communicate the progress Puerto Rico was making to potential tourists and that the destination would be ready for its high season with a message that belonged solely to Puerto Rico as the owners of the longest holiday season in the world.

Overall, there was an urgent need of communication, which became even more pressing as we approached the Holiday season. We needed to tell concerned tourists, the Puerto Rican diaspora and the general public offshore, real stories tied to our culture and resiliency. We needed to tell this story in a way that was relatable to everyone because the story spoke about the fabric of the Puerto Rican culture and connected with something we all have in common: the holiday season.

Using the alphabet's range, we created a short-form video series to connect our audience with the island during the holiday season or any season. Each video focused on an iconic element of our holiday season spelled with each letter of the alphabet.

Leveraging the letters of the alphabet helped connect and structure storytelling that enhanced the need to create multiple pieces of content.This enabled us to expand on the storytelling value of social, connecting people to each chapter and developing interests and emotional connections. Warming them, so to speak, for a holiday visit.

Strategically, the work packages much needed multiple messages into a user-friendly and comprehensive end product. Copy-wise it is unique because not all letters had robust and unique equity to pair up with. So the creative exercise of going letter by letter and finding a genuinely relevant subject matter to document was extremely challenging.

By showcasing the culture and spirit of PR for 52 days, the conversation centered on the positive and enduring qualities of our people and our island. We highlighted the unique cultural equity of the longest holiday season in the world, that runs from Thanksgiving to the third week of January, while showing an operational destination. We believe it was a solid way to leverage the constant detrimental news cycle potential visitors were exposed to.

In essence, we were sharing the longest Christmas season in the world with real-time events that showcased Puerto Ricans, and their culture, thus demonstrating that we were open for business and ready to have some holiday fun.

The Puerto Rico A to Z video series amassed over 6 million views.

Using social listening tools we were able to track that a 20% negative sentiment recorded right after the hurricanes but before this initiative, was transformed into a 63% positive sentiment after the initiative. Coupled with other digital efforts, the campaign helped the Puerto Rico tourism industry to achieve a near 100% hotel occupancy in the first high season after the hurricane (first quarter of 2018).

Video for Puerto Rico A to Z 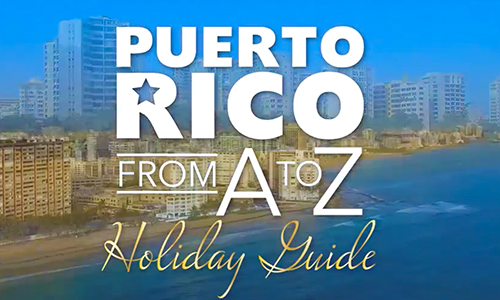