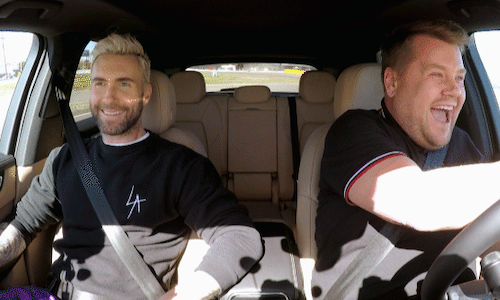 In order to boost awareness around the launch of the new Porsche Cayenne, Porsche partnered with CBS's "The Late Late Show with James Corden" and Maroon 5 lead singer, Adam Levine, to feature the Cayenne in a segment of "Carpool Karaoke" (CPK) on The Late Late Show.

Porsche sought to leverage the popular segment to engage new audiences in an exciting, natural way during its 70th Anniversary celebration.

To promote the Porsche Cayenne CPK segment, Resolution Media developed a cross-platform social media campaign. Specifically, Resolution Media leveraged Facebook, Instagram and Twitter to distribute content produced and released by CBS following the segment airing. CPK content was delivered across Porsche-owned channels on Facebook, Instagram and Twitter, tagging Levine and The Late Late Show pages to establish the relationship between the brand and the celebrities, gaining relevancy with their audiences.

- Leveraged CPK keywords and The Late Late Show handle to discover regular segment viewers on Twitter and those browsing CPK content the week after being introduced to Porsche.

- Sought traditional Porsche and automotive enthusiasts to ensure congruity across all social spaces.

The campaign's Instagram Story generated a 45% video completion rate, the highest to date for Porsche. CPK Twitter content drove 1MM+ impressions and 7.8K users to YouTube to view the full-length video. Twitter targeting steered the highest engagement and CTRs among all tactics, demonstrating that fans of The Late Late Show were now engaging with Porsche even if they were not familiar with the brand previously. 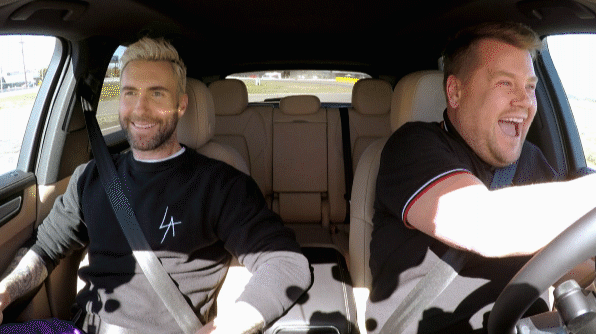 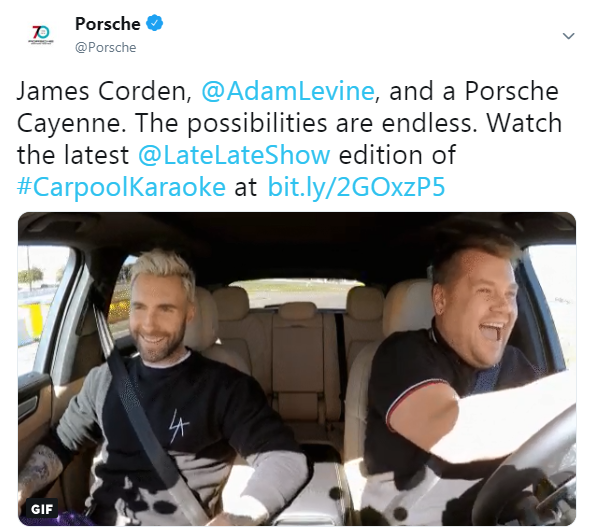 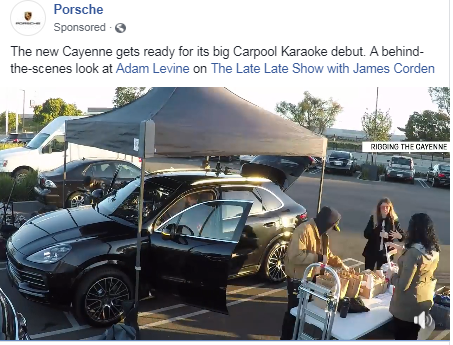 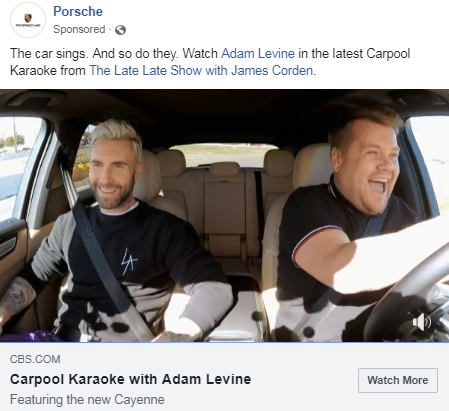