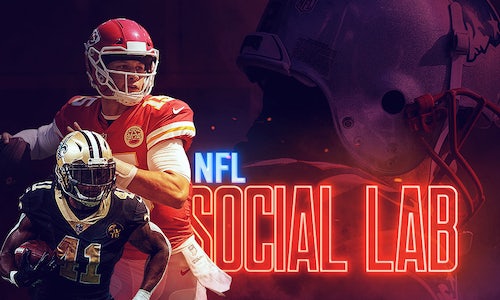 The NFL's Social Lab was established to revitalize the league's social channels with strategic, high-quality graphics and video content. This includes Instagram, Snapchat, Facebook and Twitter for @NFL, @NFLNetwork, @NFLThrowback, and @TheCheckdown, as well as providing original, custom content for the personal accounts of NFL players through our "Player Social Initiative." Our team of designers, animators, illustrators, and writers were tasked with ideating and producing top-notch content for an audience of more than 52 million followers across all social platforms.

By tailoring content to resonate with both the devoted and casual sports fan, a consistent stream of high quality graphics kept our audiences engaged throughout the year and grew the League's social exposure.

We believe good content is emotional. It makes you stop scrolling, and it makes you care. It informs, educates or drives emotion. Our goal was to deliver stories that mattered to sports fans across social media, narratively and visually.

Consistency – For visual consistency across the main @NFL accounts, we used the league style guide as base for our creative. We translated its branding to fit social platforms while refining the aesthetic for a younger audience. The League's traditional typefaces were applied in refreshed and unconventional ways, while we utilized research data to visually optimize graphics emphasizing the team colors and logos familiar to respective fan bases.

For the @NFLNetwork brand, we drew inspiration from stage structures to create graphic elements that remained consistent through the content. We chose to stick with the silver and blue hues that are associated with the Network, while adding a vibrant lime green to add youthful flair and visual interest.

For @TheCheckdown, we delved deep into the research behind our audience to craft a unique eye-catching style that would separate our channel from the plethora of other football lifestyle channels out there. We chose a very bold red and blue as a nod to the Checkdown's NFL affiliation but also added a bright yellow to differentiate the brand as its own unique entity. We used gradient combos of these colors to create visually unique elements that stand out in the social landscape.

The creative direction of the @NFLThrowback channel was inspired by the look and feel of vintage NFL Films. The muted colors, the sense of atmosphere, and the emphasis on portraiture helped us visually build a bridge between past and present.

Engagement – To make our graphics as shareable as possible, we capitalized on key viral moments, big storylines, major events, and relevant pop culture. The Lab worked tirelessly to ensure the NFL brand channels shined with timely, aesthetically-pleasing viral content. This included having illustrations prepped for each and every primetime game (TNF, SNF, MNF), for both possible outcomes, to post as soon as the final whistle blows...that's 6 illustrations per week!

Creative - Strategic brainstorms, optimized to foster innovation through group ideation projects and collaborative games, were held bi-weekly throughout the year in an effort to maximize productivity and inventiveness. We also referenced our group ideas by working with our Analytics team to ensure the data reinforced our intuition – that we were strategically relying on data to make content decisions. Combing through past content to identify areas of success as well as improvement.

Informative Visuals – The average user tends to mindlessly scroll through their feed at the speed of light. Typically, a brand has less than 3 seconds to catch a user's attention to have a shot at keeping them engaged. With this in mind, the Lab produced aesthetically-appealing, thumb-stopping and easy-to-digest content to make the most of those 3 seconds. This would take the form of stat graphics, on-field feats, infographics, quotes and more.

Optimization - We tailored graphics to be customized for each social platform's real estate, optimized for the user's mobile device. This ranged from Twitter and Facebook thumbnails specifically sized for each platform, to maximizing Instagram real estate, and the Instagram Carousel feature.

A football team can't be successful unless it zeroes in on one goal and strives towards it together for the entire season. Neither could the NFL Social Lab. We collaborated and created our way to the most visually engaging, unique, thumb-stopping sports content in your feed -- and the year-end numbers suggest our fans noticed the difference:

Our overall engagements across all @NFL channels hit nearly 1 BILLION - up 13% YoY. Instagram followers fueled exponential growth on the platform; we fielded 871M engagements there (up 21% YoY) after an amazing reception of the new, graphic-centric strategy. It's no wonder 9 of NFL Instagram's top 10 all-time performing posts took place in 2018

@The Checkdown doubled, and in some cases, tripled its reach across social channels. We gained nearly 257k new followers, a testament to the work we do.

@NFLThrowback, an account we grew from nothing to reach nearly 500k football history fans in one season. Over the course of that season, monthly video views on Instagram and Twitter grew over 400%.

Graphics Produced by the Lab

- Average of 30-50 original pieces posted from @NFL, @NFLThrowback, @NFLNetwork and @TheCheckdown per week

- "I'm a Packers fan but I LOVE THIS!" - via Instagram, in response to Bears illustration

- "I don't follow this Ravens, but this edit is pretty badass" - Chargers fan, via Twitter, in response to Ravens composite

- "Okay this was creative, I'm not gonna lie. Everything in this picture is amazing." - via fan on Instagram in response to Tom Brady illustration

- "How do I get this as a poster and framed? Endless props for whoever made this" - via fan on Twitter, in response to Browns composite

"This creative from NFL Instagram is top-notch. I could stare at the detail in this for a loooong time. Kudos" - Twitter comment in reply to NFL Draft illustration 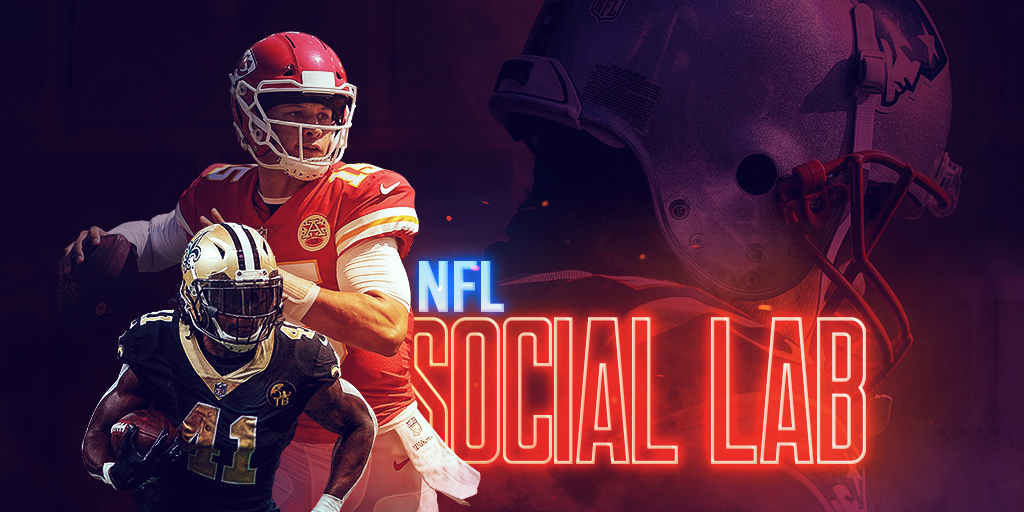