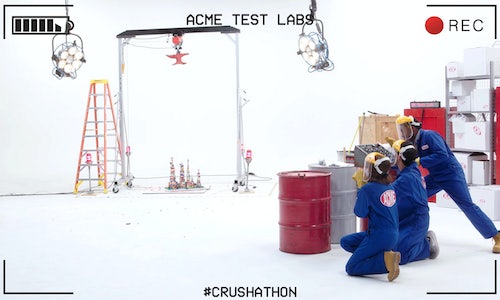 Looney Tunes World of Mayhem is a wild, mobile RPG full of cartoon debauchery and zany battles between the iconic characters from the classic cartoons. The goal for launch day was to create a mayhem-filled, buzzworthy experience, full of joyous destruction that would make some noise across the Internet.

Anyone who's ever watched a Looney Tunes cartoon knows the iconic ACME company, the brand of products that Wile E. Coyote often orders to help him catch that speedy Road Runner. Of course, the products always backfire in unexpected and hilarious ways.

What if we gave fans an exclusive look into the ACME Test facility? A full work shift, eight straight hours LIVE from the lab as we look into a day in the life of the ACME product testers as they put the newest product through its paces and the unveiling of the TurboAnvil 3000 – the most iconic weapon in cartoon history.

Preparing for an eight-hour live & improvised broadcast is no small feat and we made sure we were prepared. We brainstormed epic lists of the most ridiculous and satisfying props we could imagine smashing and plotted out a day in the life of our test lab employees broken down to 20-minute increments.

THE MAIN EVENT: 8 HOURS OF MAYHEM

At 10am on the morning of the event we went live as our actors started their shift at work. Utilizing Telescope's real-time engagement tools, the audience was able to vote between crushing a donut or a coffee cup.

When it was time to crush something, we sent a work order to the printer on set next to actors' desk. They retrieved the appropriate item and then placed it under the anvil machine. We let the audience sweat a little, the anvil hanging precariously above the object. The testers waited for the crush-alarm from "corporate", a deafening foghorn/buzzer combo that blasted through the set and triggered lights and sirens to active. The testers pressed the button and released the anvil to gloriously destructive results.

As the morning went on, the testers crushed more items voted on by the viewing audience in real-time and entertained themselves discussing the newest Anvil in the ACME line and analyzing each crush-test with comedic wit and understated reactions.

In addition to the hashtag voting, Telescope provided a range engagement applications and custom live graphics, so that fans were able to stay up to date during the live stream. This included: a countdown clock, lower thirds and full-screen CTAS prepared for each potential winning prop that we might smash, a live-ticker running at the bottom of the screen and fan comments-to-air. The interactive polls tracked user voting in real time displayed the results visually in real-time.

A special camera filming at high-speed allowed us to feature slow-motion replays of each crash to amplify the insanity of the crushes and keep the audience engaged as we setup the next smash.

Social influencer Zach King made a cameo appearance as a job applicant, forced to perform weird tasks and answer interview questions from our testers in an attempt to land a job at the ACME Test Lab.

The audience was enthralled with the insane scene that played out all day. Our actors stayed in character for the entire eight hours, crushing dozens of weird objects resulting in cartoonish mayhem, performing office tasks, improvising songs, and even eating lunch on camera before eventually being fired, re-hired and finishing the day watching Looney Tunes on an old TV that they eventually smashed.

User interaction was extremely high thanks to the interactive voting and overall viewership spiked throughout the day, with many in the audience came back multiple times between 10am and 6pm as we kept the actors on their toes with surprises and twists to the storyline.

Our 8-hour livestream was a stunt unlike any other. Irreverent, full of destruction and the kind of i-can't-believe-they're-doing-this spectacle designed to go viral. Turns out, people love to watch things get crushed. With over 2.5 million live stream viewers and 6 million impressions, fans from around the world joined us for a day of mayhem.

Thanks to our completely insane event, Looney Tunes: World Of Mayhem launched at #1 in the App store, landing in an explosion of massive success for the client on launch day. 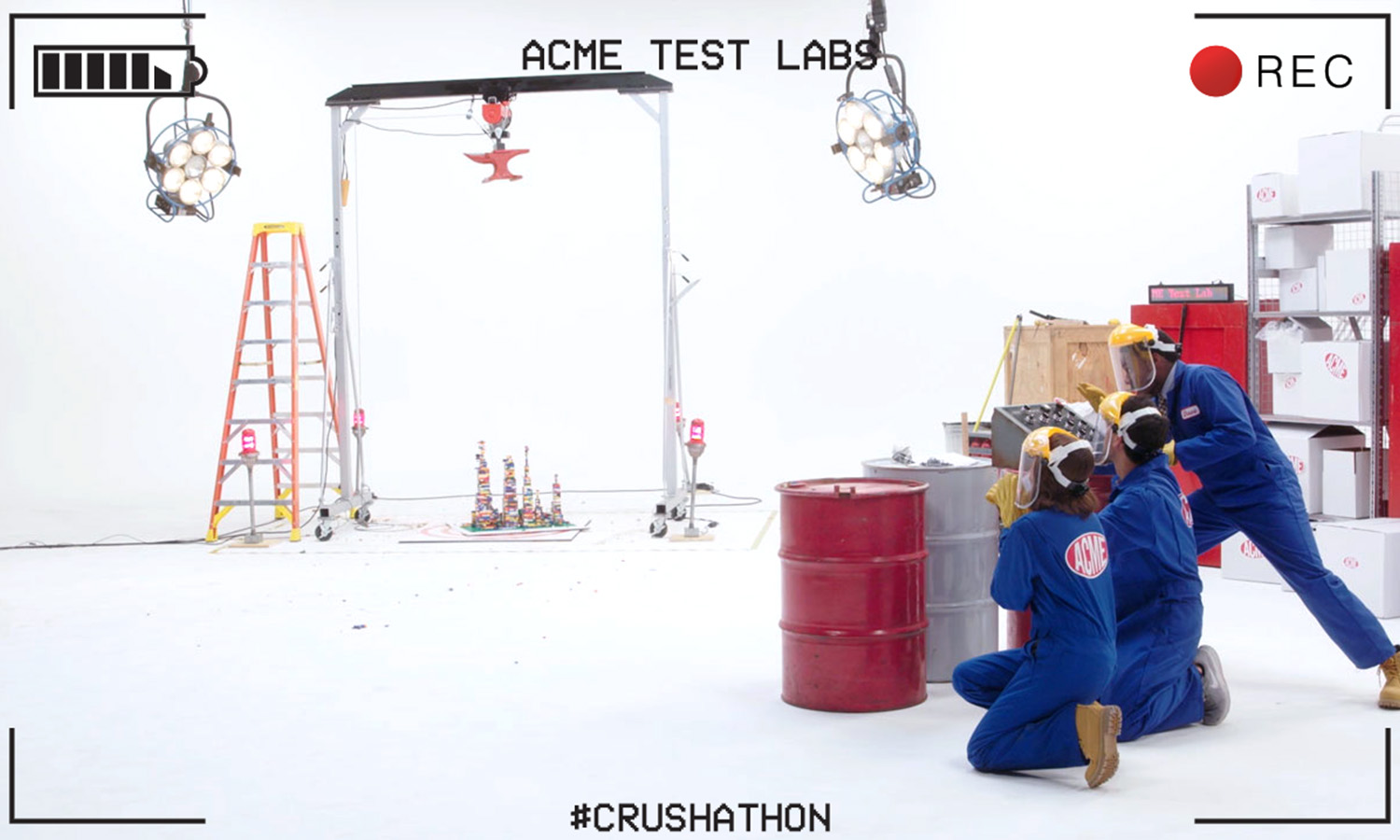 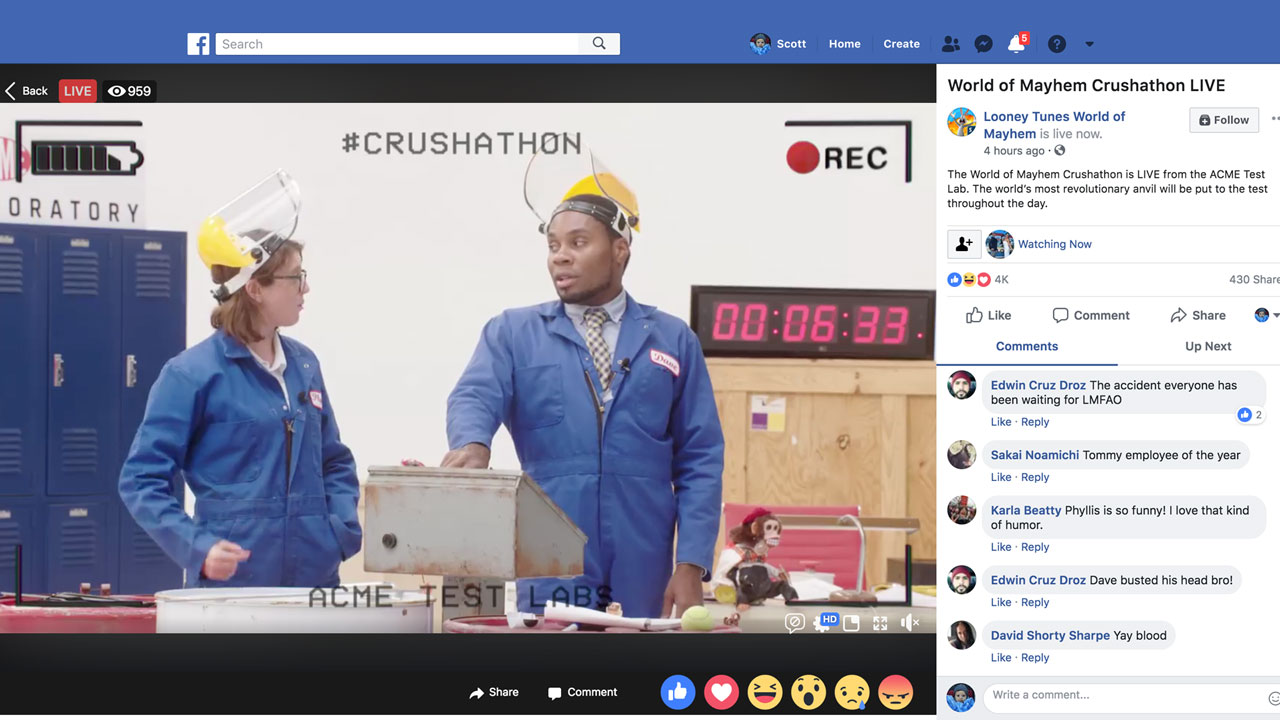 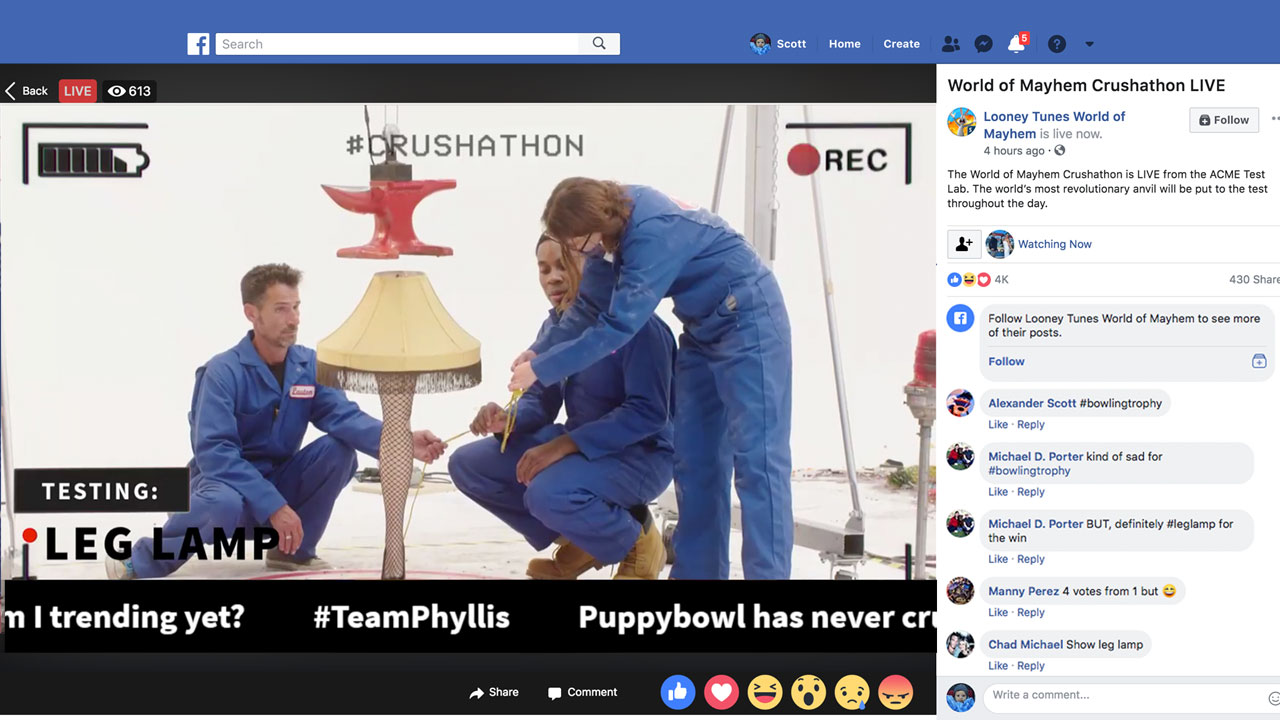 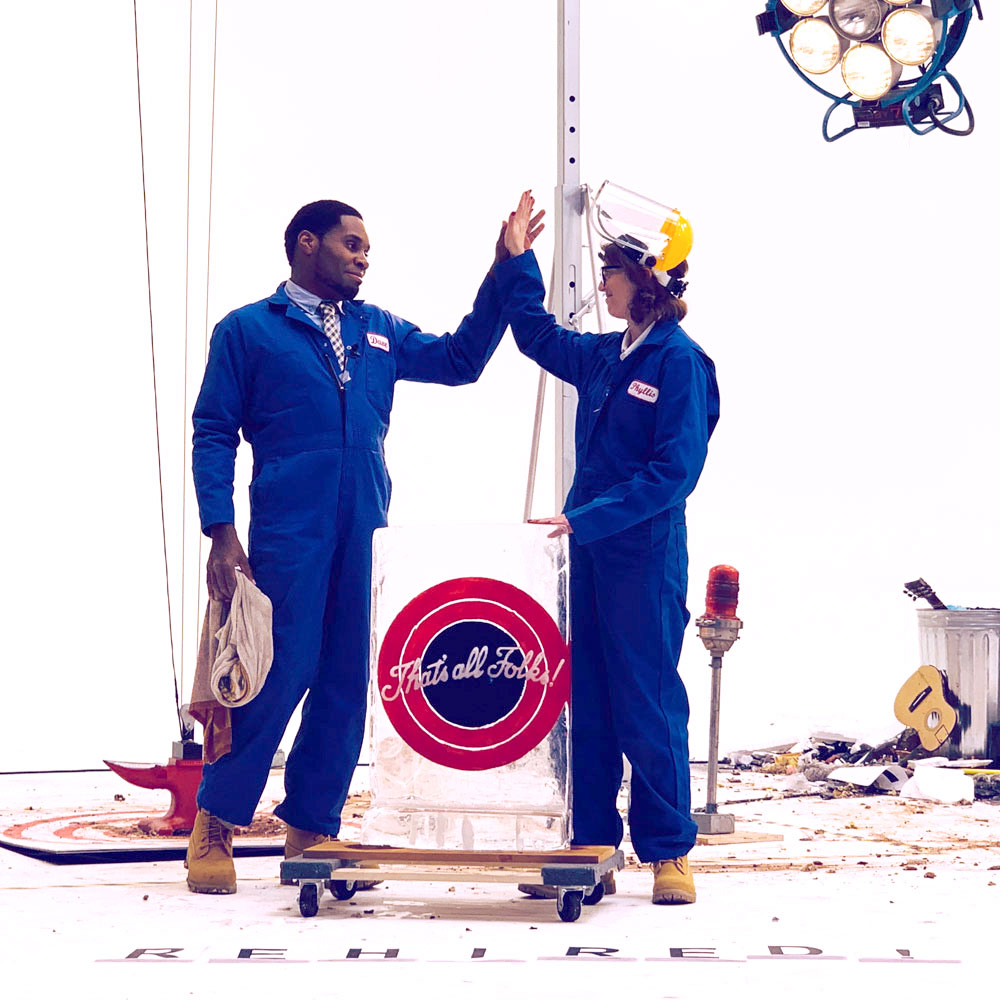