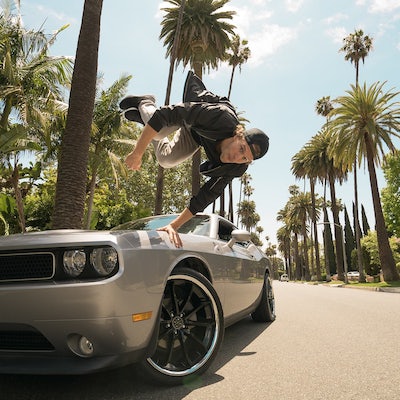 Finalist in Tik Toker of the Year

Few stuntmen have been as big and popular as Jesse La Flair, as the professional freerunner and parkour artist displays his athleticism on social media for the world to see. Jesse started off his 2018 with a bang, announcing on January 1st that he would be releasing his very own, signature parkour shoe to help the world run flip and hop as easily as he does. TikTok allows Jesse to experiment artistically with his parkour videos, adding things like stop motion effects to his already impressive videos. Now 500K+ fans tune in to enjoy Jesse’s videos, which could range from backflipping on building rooftops to introducing his grandmother to facial filters.