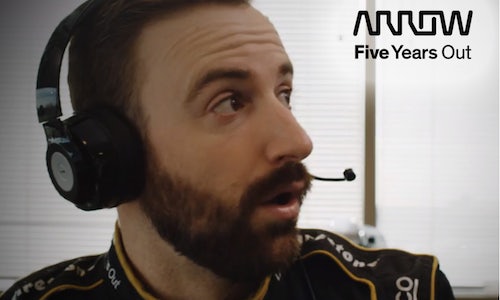 Hinch is...A Fish out of Water

In order to better capitalize on Arrow's sponsorship of No. 5 IndyCar driver, James Hinchcliffe, the social media team was tasked with finding new ways to work with – and highlight – James in a way that both boosted the Arrow brand and drew in Arrow employees.

Working with social media agency Room 214, and production agency Big Block, the concept of sending James "to work" at Arrow's corporate headquarters was born. What would happen when a race car driver was sent to a corporate office?

Not only is James one of the most recognizable faces in IndyCar, he is also a rising star in general – finishing 2nd on Dancing with the Stars in 2017 and more recently as the face of Honda's spring 2018 national sales campaign. This, combined with his natural on-camera charisma, led to seven hilarious and charming video vignettes in the series "Hinch is a Fish out of Water," plus additional bloopers and behind the scenes reels.

In a single day shoot, James Hinchcliffe visited Arrow's Denver, CO headquarters to film all seven of the series' vignettes, which are:

Intro: Who is Hinch, and why is he at Arrow?

Watch your Laps: When a fellow employee appears to be having trouble with his car's tires, Hinch suggests he's a little overdue on his stint (racing language for the number of laps before tired need to be changed).

Ready to Roll: Arrow conveniently keeps a display IndyCar in the lobby, which seems like the perfect place for Hinch to set-up-shop.

Where to Start: Working with HR, Hinch explains he has several skills that are applicable to the office environment. Such as…dancing?

Lunch, IndyCar Style: Only Hinch could turn Chinese food into a pit stop.

Crunching Numbers: Finding a role that suits him, Hinch goes a little rogue when chatting with procurement.

Learn to Drive like a Pro: Realizing his skills at the office might be somewhat limited, Hinch turns to his true calling.

Bonus Video: Behind the Scenes

Once complete, these videos were distributed via a variety of channels:

Internal – The videos were promoted both in employee emails as well as via headquarter lobby displays.

Web – A custom page was created for this content – and was later migrated to a permanent home at Arrow.com.

Social – Arrow's social team promoted these videos during both the Indy500 as well as the Toronto IndyCar race (in July 2018) across all corporate social channels. In all, 42 separate posts related to this body of content went out.

Events – Arrow hosts many customers at IndyCar races in a traveling 2-story suite dubbed "Club 5". These videos now play on a loop on several screens throughout the club before and during races.

The videos also ran in a loop on Arrow's corporate headquarter lobby screens from April – November.

Video for Hinch is...A Fish out of Water 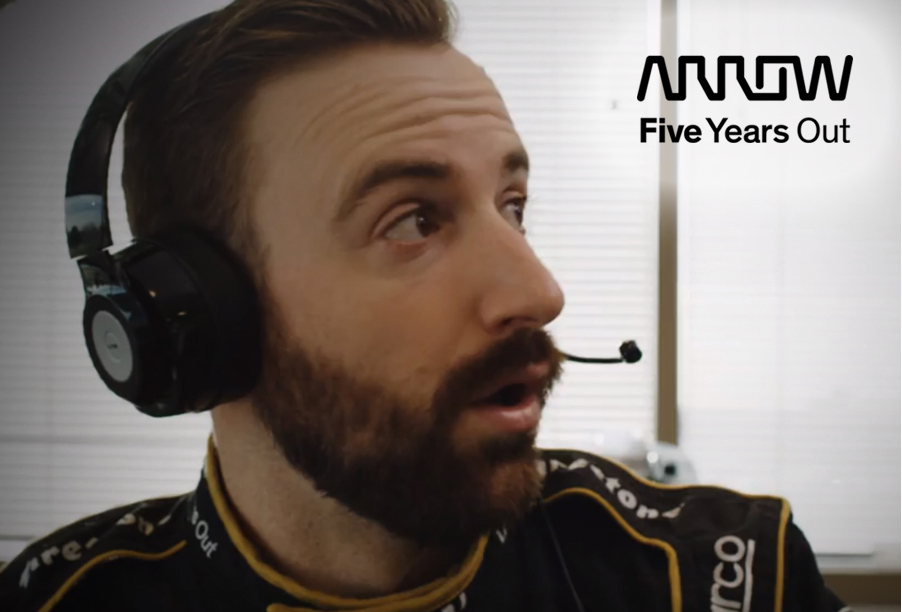