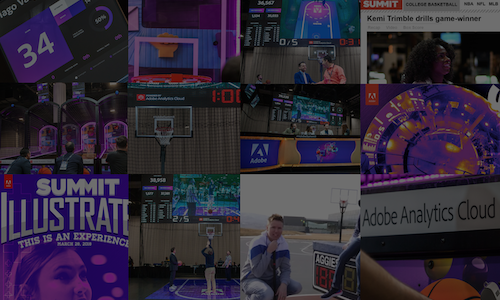 Entered in Technology, Creative use of Technology

Every marketer has their perfect shot—and data helps them hit it. The Hack the Bracket campaign was designed to illustrate this point to marketers through a rich variety of online and offline initiatives. The campaign aligned with the NCAA basketball tournament in both content and timeline to leverage the spotlight that shines on college basketball during March Madness. The end goal was to drive product awareness and trial among a targeted audience for our enterprise analytics solution, Adobe Analytics. By licensing collegiate basketball data from Sportradar and building a predictive tool with our own analytics product, we opened up the product for public trial for the first time ever. In addition to a hands-on product experience, multiple social media and digital tactics created widespread awareness in the online space. An onsite activation at our biggest hosted event of the year created an immersive, real-time experience that put analytics into action, while also delivering a personalized touch to all participants. Specific objectives established prior to kickoff were to capture leads, achieve a significant amount of video views on YouTube, push individuals to the campaign site, and secure positive PR coverage in multiple top-tier publications.

The campaign strategy was directly reflective of the campaign's messaging: data helps [you] make more informed decisions. We knew going into things that the campaign had to tie into the core of "March Madness," which is analyzing data to look at matchups and ultimately predicting a champion. As the premier leader of data analytics, we provided the data that empowered them to choose the winners while filling out a bracket. An estimated 40 million Americans take part in predicting the NCAA basketball tournament, so we knew that element was strategically sound. On-the-ground experiences at our event would also tie heavily into data. Additional campaign components had to bring in layers of entertainment—to hook the viewer and keep them engaged—and credibility, to establish our brand as one that could help in the short term with filling out tournament brackets and in the long term as a legitimate provider of exceptional digital marketing solutions. Recognizing that personalization not only plays a part in campaign and product messaging but also industry expectations as a whole, we had to include a personalized element as well. We decided that a good mix of digital (online) and in-person (offline) experiences would create a multi-layered approach for our key audience, while also driving brand awareness and perception among others that could fall into our addressable audience down the road.

Results varied across channels, as did the many campaign tactics themselves. The partnered YouTube video has garnered 717K+ views (to date). There were more than 19K visits overall to the landing page, with over 300 hours spent in the Adobe Analytics product itself. This led to 2K visits to the company website where visitors could learn more. Campaign efforts as a whole generated 2K email addresses of people who signed up to get access to Adobe Analytics. The Adobe Analytics predictor scored in the 98th percentile of brackets filled out. Using some advanced coding and connecting data from multiple customer and marketing platforms, we have access to deep account and pipeline-level metrics to help show even more meaningful impact for this activation. To date, experiences from this campaign have touched/influenced more than $17 million in closed deals with more money still in pipeline. Additionally, multiple media publications covered the campaign in some form, including USA Today.

Video for Hack the Bracket — Adobe 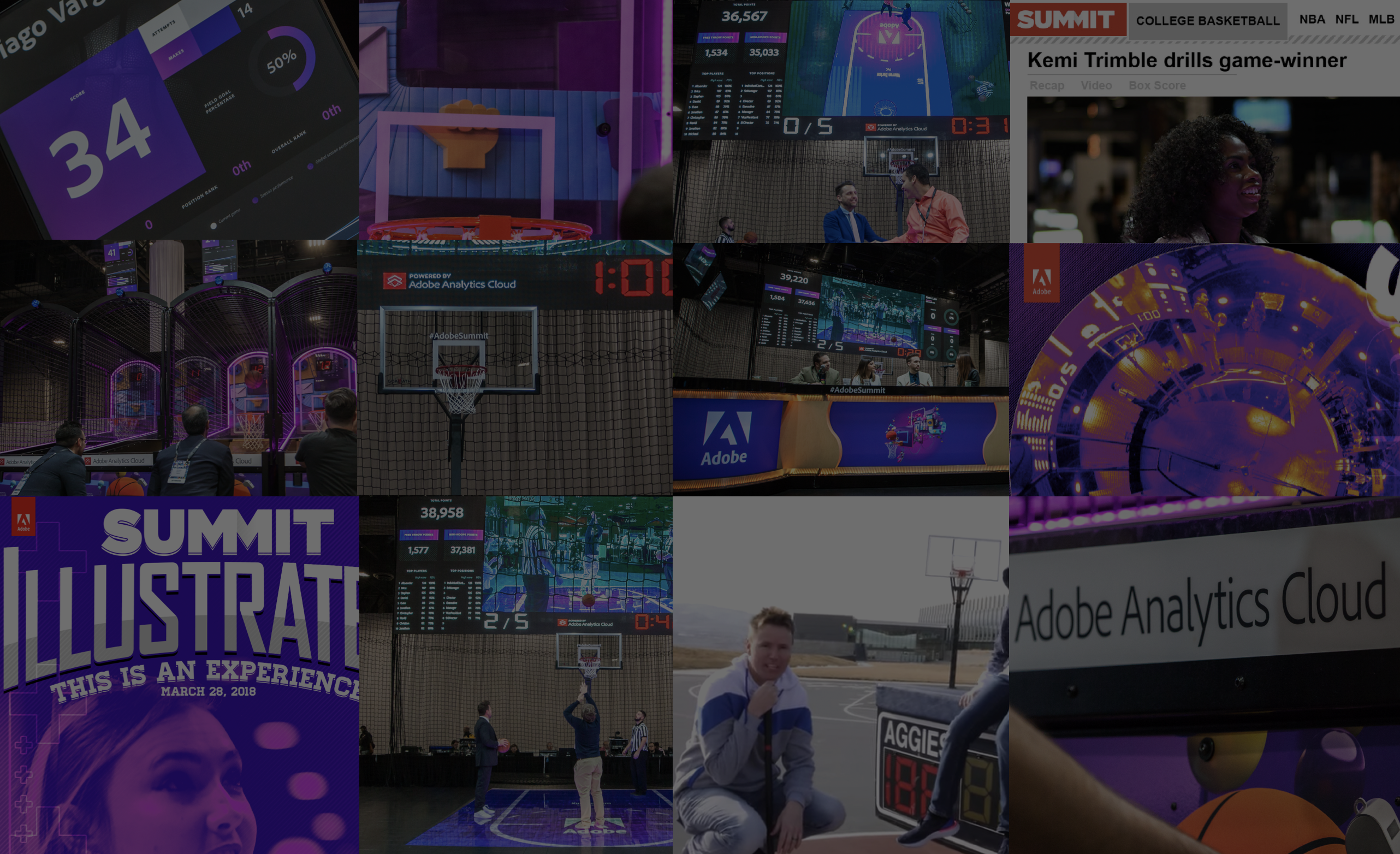