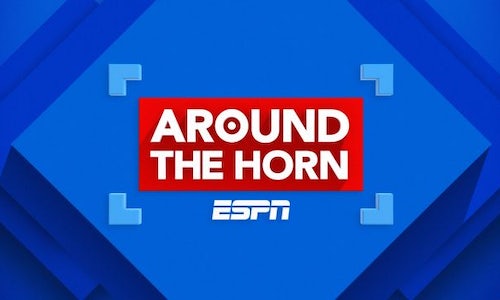 ESPN: Around The Horn

Hosted by Tony Reali, ESPN's Around the Horn invites four panelists to join via satellite to debate popular sports topics. Reali acts as moderator, giving and deducting points based on how well each argument is made. Two-thirds into each show, a "showdown" features the two top-scoring panelists and at the end of the show, a winner is crowned and given 30 seconds to give their opinion on any topic of their choice.

Around the Horn launched in 2002 and after nearly 4,000 episodes, ESPN decided to revamp the broadcast for its 16th anniversary with a totally new look and virtual updates.

ESPN wanted to create a fun and immersive experience for viewers at home. Since the show's success has always been credited to relationships with ATH's host and rotating panelists, the goal was to create a second screen experience that allowed fans at home to act as if they were Reali – both on and off air. Giving viewers at home the opportunity to get to know the panelists, play along with the show, and score the panelists in real-time.

To accomplish this goal, ESPN turned to Telescope, the leader in fan and audience engagement, to create an interactive content hub. Allowing fans at home to fully immerse themselves in all things Around the Horn.

Each day during showtime, on-air graphics direct the viewers to a dedicated website where they are able score each panelist by giving or deducting points, live and in real-time, in the same way Tony does. This data is collected in real-time so that each panelist's average audience score is displayed on-air, allowing fans at home to see how the audience's opinions line up with Tony's.

In addition to panelist scoring, ESPN producers are given full control of Telescope's interactive polling product. This allows them allowing them to create their own weekly polls for viewers to vote on which can change based on popular topics of the day.

The hub also includes a panelist leaderboard and video page, allowing viewers to interact with the show off-air. An interactive leaderboard displays panelist bios and a variety of stats throughout the season so that viewers can see how each panelist is currently stacked up against one another. A video page includes a featured clip and three video carousels, giving fans a look at show highlights, behind the scenes footage, and archival videos.

The entire campaign is completely self-sufficient, meaning ESPN is given full control to run each element.

Video for ESPN: Around The Horn 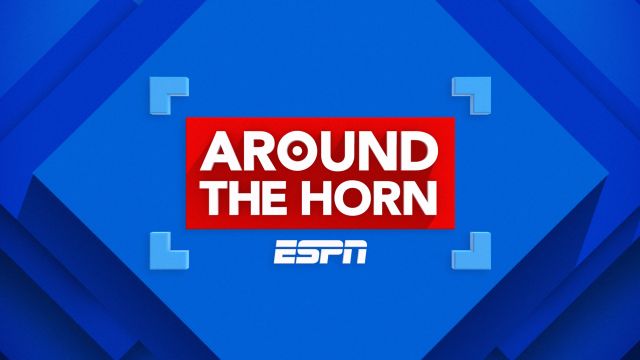 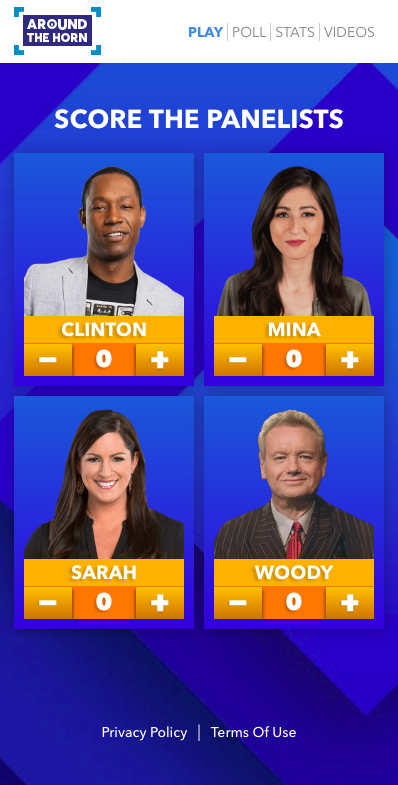