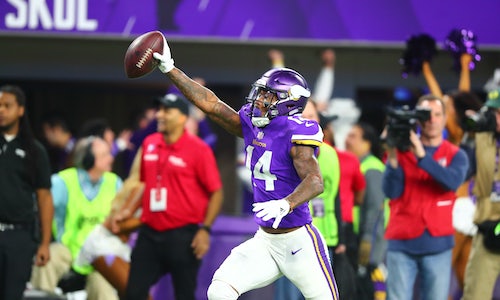 After a record-breaking regular season in 2018 for the Minnesota Vikings, the team strategized, developed, planned and launched a unique playoff campaign that would soon become the fan hallmark of the postseason. The Vikings were trying to become the first team to play a Super Bowl in its home stadium on Feb. 4, 2018. As it stands, no team has ever played in a home Super Bowl in NFL history. The path for the team was clear: all roads during the playoffs led back home. The Vikings crafted an elite, 360-degree campaign, aptly named "Bring It Home."

The Bring It Home campaign was developed from the ground up with the Creative and Design department. Once the strategy of "home" was set and the name was selected, the design team created and rendered a logo for the campaign featuring the unique outline of the state, the iconic Norseman and the words "Bring It Home." This simple design was the hallmark of the campaign from start to finish.

The Bring It Home campaign infiltrated every aspect of the Vikings organization from social media to public relations. With the interest in the Vikings at an all-time high for the season, the organization elected to develop and design an exclusive number of Bring It Home T-shirts that displayed the unique logo that were sold at the stadium during the divisional round, and all proceeds went directly to the Minnesota Vikings Foundation.

U.S. Bank stadium was decorated with the Bring It Home design everywhere from the players entrance to digital billboards and on-field signage. Fans in attendance at the divisional game received rally towels with the Bring It Home logo. The partnerships team at the Vikings worked with ongoing sponsor Hy-Vee to become the official sponsor of the playoffs and the team worked closely with the sponsor to create and distribute the rally towels.

Social media was a key driver of the campaign leading up to the Divisional round playoff game on Jan. 14. With a mix of both organic and paid social media, the team was able to further extend the reach and spread the word about the unique campaign. Profile photo overlays, wallpapers and fan video contests were all implemented to connect fans with the playoff campaign. All content that was posted to the team's Facebook, Instagram, Twitter and Snapchat during the campaign period was overlayed with a custom "Bring It Home" filter and tagged with #BringItHome. This helped the social team better track the results and created visual differentiation from the team's regular season content.

In order to promote the fan submissions and create hype for the game, Vikings Entertainment Network developed and released the team's own "Bring It Home" video that featured current and former players, celebrities and community leaders saying who or what they were "bringing it home" for during the playoff run. Videos were intended for social media, and variations of the video were also reserved solely for game-day entertainment during the Vikings-Saints game and included footage from celebrities and athletes like Snoop Dogg, Brett Favre and more.

The social media and public relations teams joined forces to create custom Bring It Home media kits that were distributed to top-tier sports media influencers in local and national markets. This tactic yielded coverage on NFL Network's Good Morning Football, ESPN and more. The social department also packaged and shipped more than 50 smaller mailings to avid fans, relatives of players, former Minnesota Vikings and Minnesota influencers, bloggers, sports teams and Minnesota-based athletes to spread the word of the campaign and get people excited. The Vikings PR and operations team worked with multiple state and local entities to light the Twin Cities and surrounding communities purple for a visual representation of the state's support during the playoffs. Multiple landmarks around the Twin Cities area were lit purple to promote the campaign.

Please see the Spark page linked in this entry for more detailed information on the Bring It Home campaign, examples of national coverage and more photos and videos from the campaign.

Video for Bring It Home 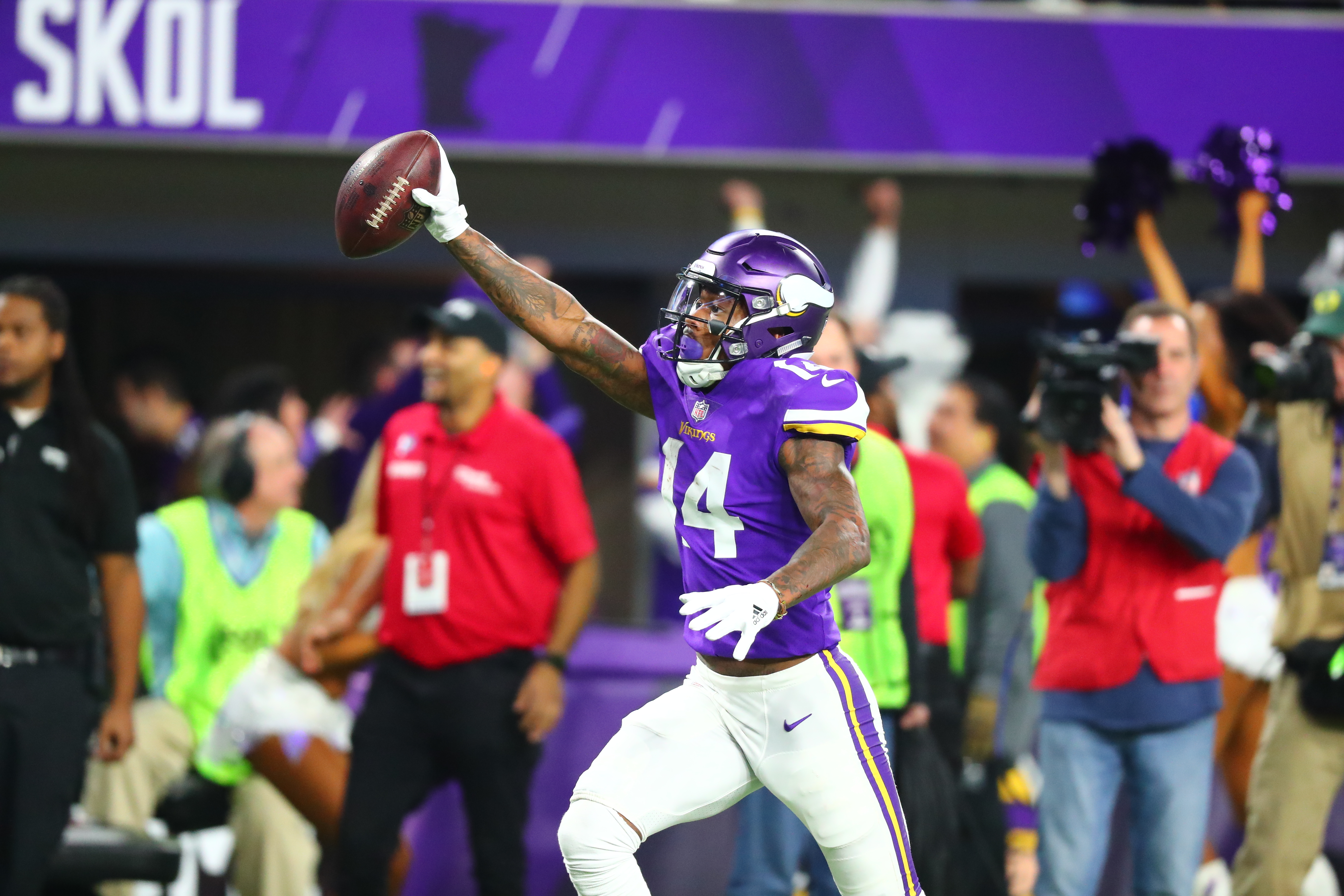 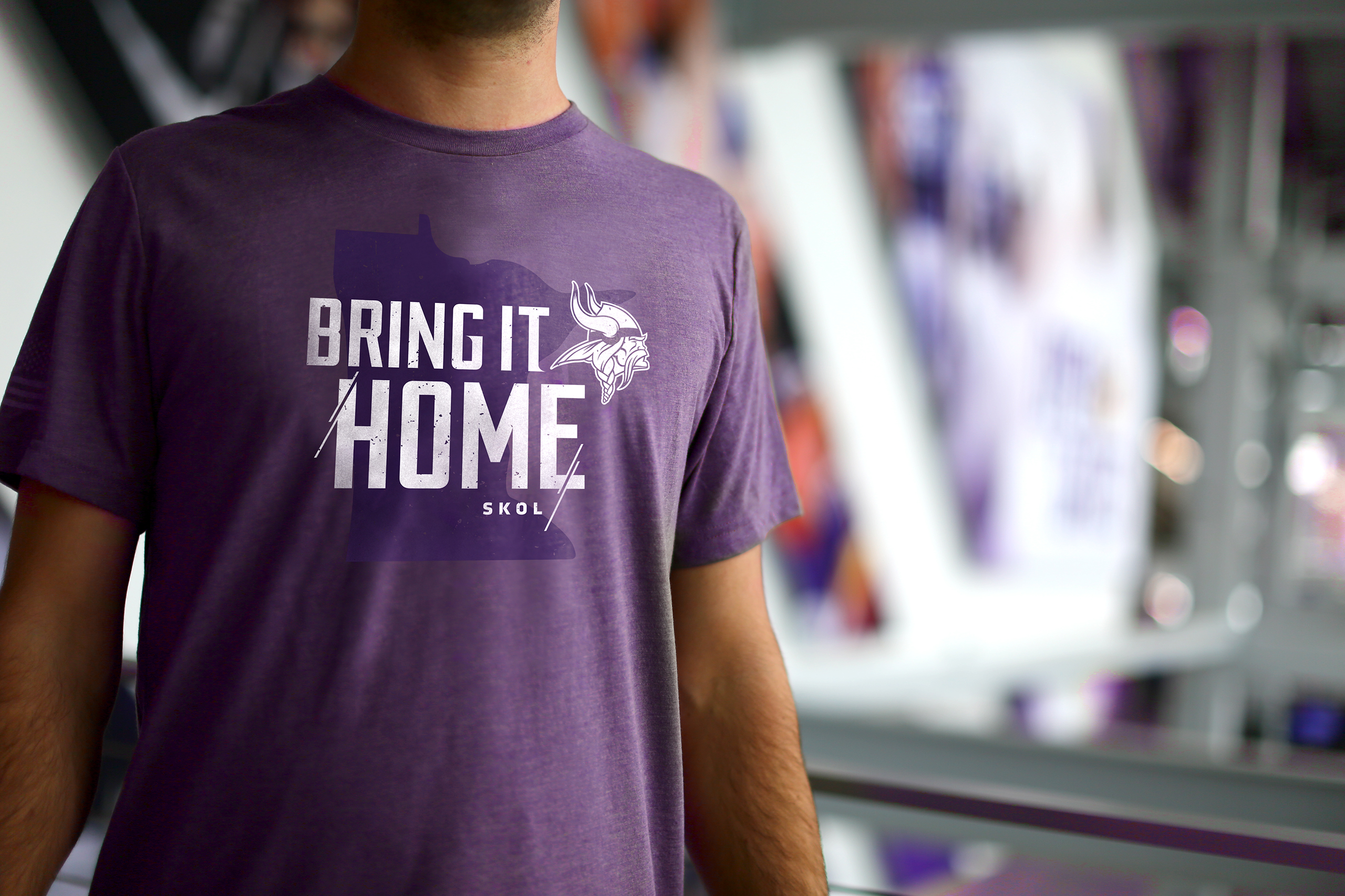 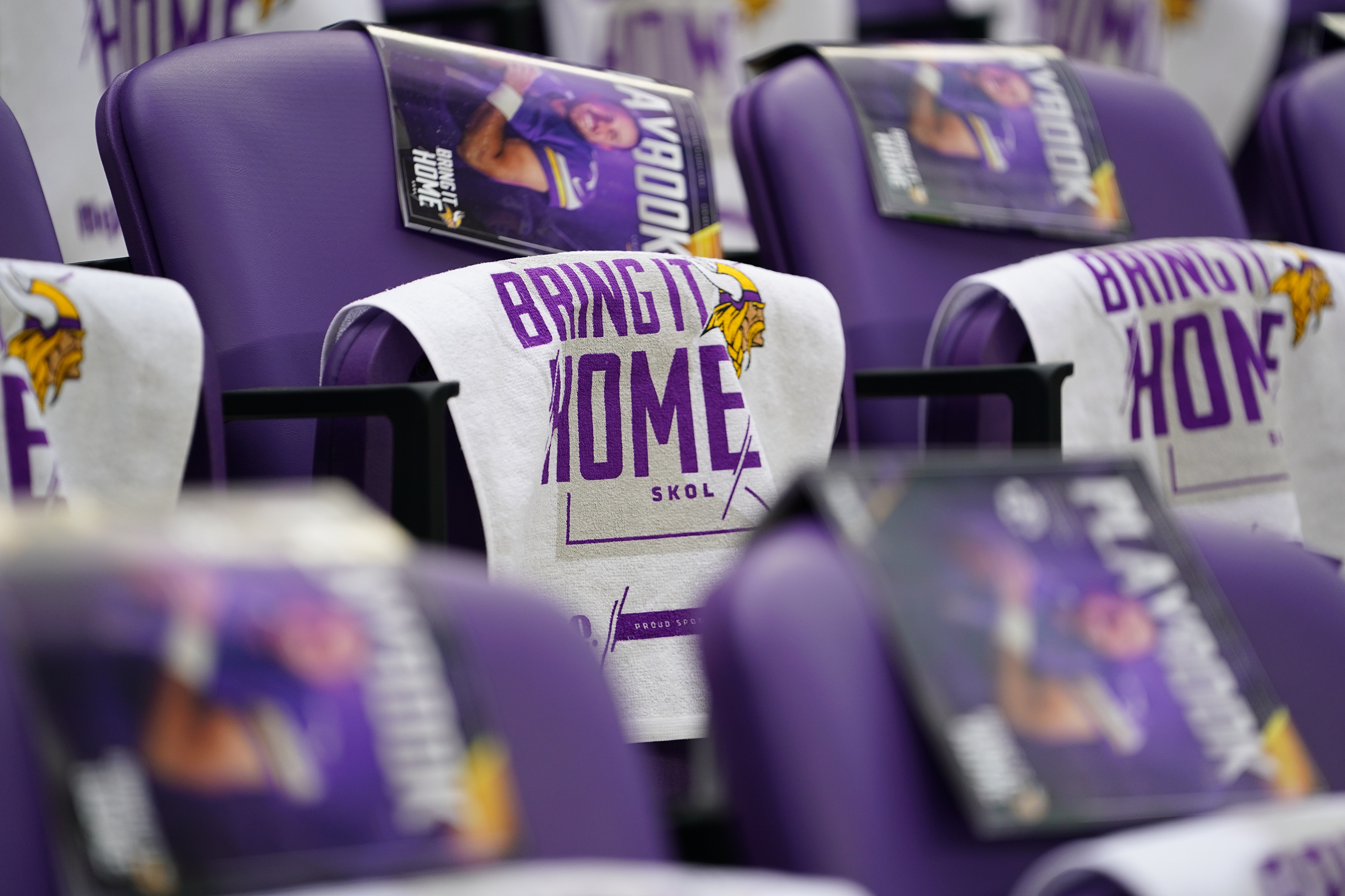 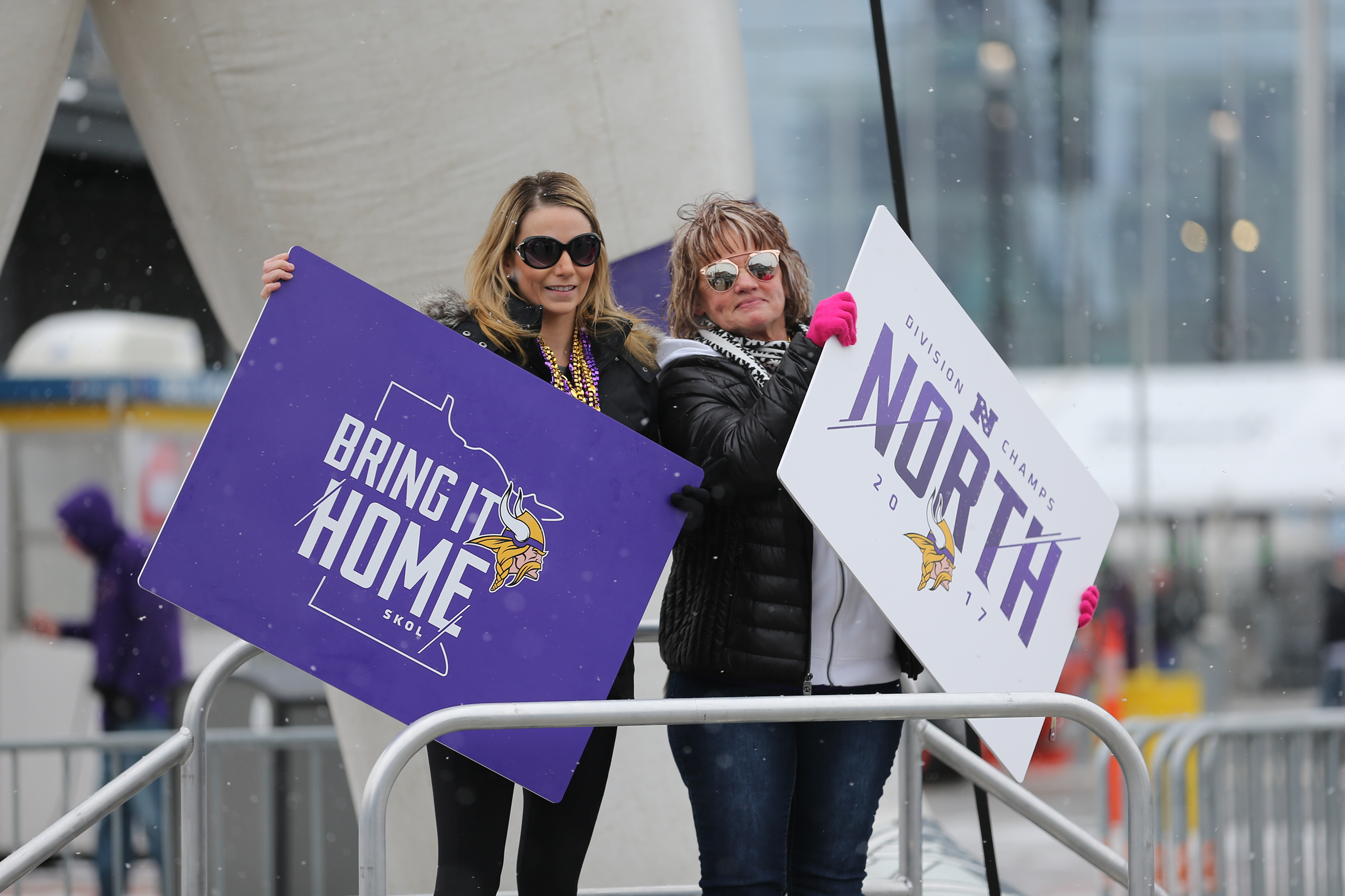 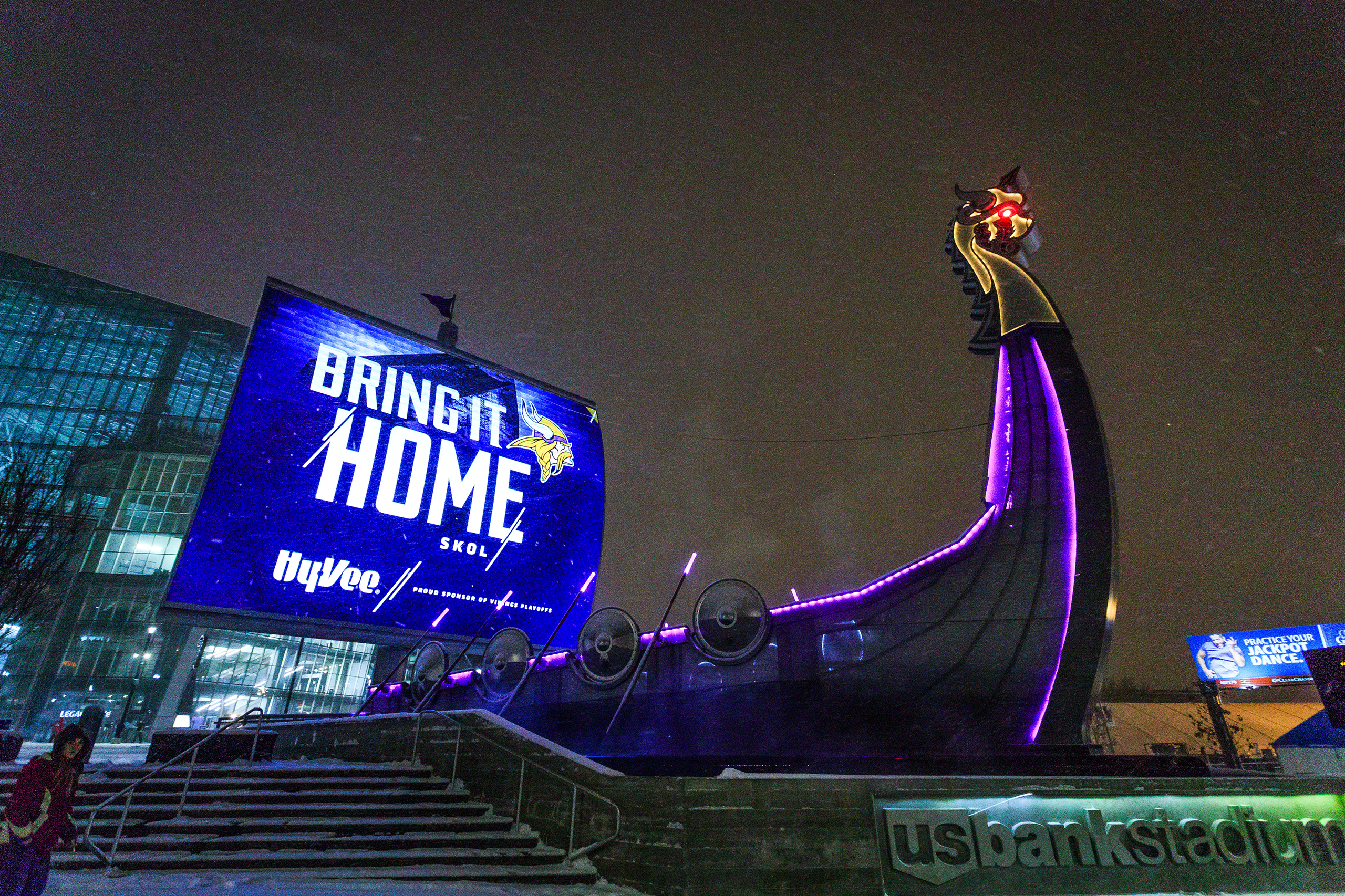