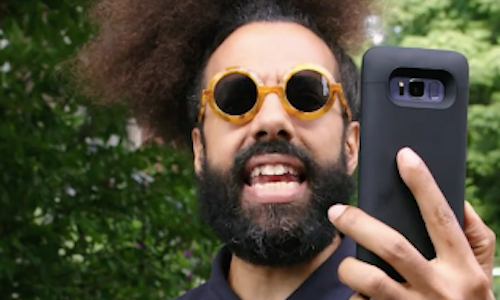 Comcast was launching Xfinity Mobile, a new kind of mobile network combining America's largest, most reliable 4G LTE with the most WiFi hotspots nationwide. In order to cut through the noise in one of the most competitive industries in advertising, we needed a bold, transparent activation to prove to skeptics that Xfinity Mobile was the future of mobile technology. We decided to put the new network to the test with a 45-minute, city-spanning, unrehearsed Facebook Live stream hosted over Xfinity Mobile.

We partnered with Reggie Watts, a comedian known for his improv prowess, for Selfie Stand-Up, a first-of-its-kind comedy performance shot and aired over Facebook Live. There were no rehearsals. No safety net. No backup plan. If the signal dropped for even a split second, the stream would stop and viewers would see that our network wasn't worth their time. But we were confident and excited to show off the speed, reliability, and mobile freedom we could offer.

In the weeks leading up to the livestream, animated posters and social posts introduced fans to the broadcast. Next a Facebook event was created and shared, inviting fans to tune in and sending them a notification when we went live. Then, on July 15, 2017, Reggie went live and helped introduce the country to Xfinity Mobile's new kind of network.

For 45 minutes, Reggie wandered the streets of Chicago. He walked through alleys and squares, visited stores, beatboxed his way across the street, talked to bystanders, told jokes, and interacted with fans at home. His humor kept viewers tuned in and paying attention to our product demo in disguise.

Publicly testing a new mobile network in front of millions of prospective customers without a safety net is never an easy sell. But armed with smart cultural insights, competitive research, and Reggie Watts' unique brand of comedy, we knew that was the exact sort of stunt we needed to get the word out.

Over 290k fans watched Reggie's livestream. In the weeks that followed, videos from the livestream reached an additional 5 million viewers, creating 27.6 million impressions and thousands of overwhelmingly positive comments and reactions.

Viewers from across the country tuned in for the first of its kind comedy special. Reggie interacted directly with the viewers, recreating the intimate feeling of watching your favorite stand-up comedian in a dingy club, except on a national scale. And like a real-life performance, fans stayed engaged throughout his set: or as Facebook user Krista Lewandowski put it, "I can't believe this is keeping my attention. Genius."

The event not only showed off the capabilities of the network, it created a surge of awareness and positive sentiment for the newly established brand. One fan even went as far as to describe Xfinity Mobile as "dope."

Most importantly, this single social stunt convinced more than 600 viewers to switch from their current carrier to Xfinity Mobile. Caleb Litalien Nick Mayo summed it up best, "if this aint a sign that you should sign up this I don't know what else is" 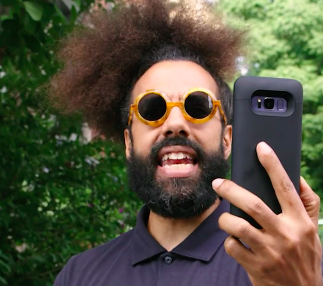